Last year, you couldn’t find a pack of zebra tomato seeds to save your life. Okay, that might be hyperbole, but pandemic gardeners did take a sizeable bite out of Owen Bridge’s three-year supply of Atlantic-grown heirloom and open-pollinated seeds, of which there are almost 500 varieties. “Half of our catalogue sold out by May,” says the owner of Annapolis Seeds, based in Nova Scotia. This year, total sales have been about the same, but more spread out, he says, with keen gardeners ordering early to avoid disappointment.

Heirloom varieties are coveted because they are at least 50 years old, as opposed to genetically modified seeds, hybrid seeds or open-pollinated crosses of heirlooms. They’re the seeds of prized vegetables – the juiciest tomatoes, the highest-yielding peas, the hardiest spinaches. They also preserve diversity, adding variety and new flavours to meals while helping prevent diseases, such as the fungus that nearly wiped out the Gros Michel banana. And they often have fun names, including snow fairy tomatoes and green noodle yardlong beans.

Annapolis Seeds wasn’t the only seed farm overwhelmed by demand last year. With 36 per cent of Canadian shoppers seeking local options more often, according to an Ontario Produce Marketing Association and Léger study, and second-year pandemic gardeners branching out to new plants out of both choice and necessity, it’s no wonder farms are having a hard time keeping up. Add to that people missing the “fancy” vegetables they used to enjoy at restaurants and you’re as likely to stumble upon a zebra tomato as a unicorn.

Bridge, who has been selling seeds since 2008, when he was just 16, says the main difference this year is what people are buying. “Last year people were growing big gardens of potatoes, beets and storage crops – high-calorie survival foods. This year, people are ordering more fun and delicious things,” he says. Think purple-podded peas, heart-shaped cherry tomatoes and sun-loving cucamelons.

His original seed mentor is Dan Jason of Salt Spring Seeds, who founded the Seed and Plant Sanctuary for Canada, a charitable organization dedicated to the preservation and promotion of heirloom seeds. Jason’s orders are up about 25 per cent this year over last, and the biggest trend he’s seeing is toward medicinal seeds, including echinacea, ashwagandha, valerian and bergamot. “People want to grow their own medicine as well as their own food now,” he says.

And at Les Jardins de l’Écoumène in Quebec, demand for organic, heirloom seeds has more than doubled since last year, says seeds director Gabrielle Rochon-Sabourin. “It’s good because people want more organic, open pollinated seeds, but we have to adapt – and fast – because they take one year to produce.”

Trends she’s seeing differ from other provinces. “Customers love everything that attracts bees. And edible flowers,” she says. She’s also seeing increased interest in compost and cover crops. “People started with seeds and vegetables [last year]. Now they’re looking at their soil. We talk a lot about regenerative agriculture.”

Though l’Écoumène is almost out of beans, corn and onions, it still has plenty of strawberry spinach and Catalonian chicory. And while there might not be time left to plant its Diamond eggplants this spring, you can buy packages for 2022. As any new gardener inevitably learns, there’s always next year.

Heirlooms don’t necessarily originate where they’re sold, but most available here tend to grow well in a Canadian zone (for example, “Oregon sugar peas” from the Pacific Northwest grow into juicy pods on trellises in Ottawa). There are also local heirlooms to consider, such as sweet Montreal melons and papaya-like northern-sourced pawpaws.

It’s late to plant tomato and pepper seeds, but beans, squash, cucumbers and corn are fair game until mid-June. Lettuces, bok choy and other greens can be planted into late summer or early fall. Arctic kiwi, ground cherry and black currant seeds won’t produce fruit this year, but can be planted for later years (though they’ll likely need special care to survive winter).

These recommendations have distinct flavours and can all still be sown this year. 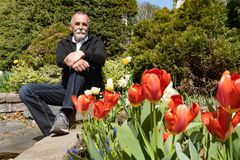 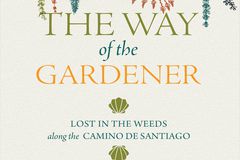 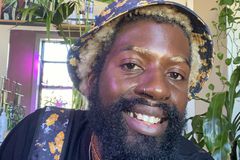