Greg McFall, 33, grew up in downtown Toronto and has always lived in apartments. His current place, which he shares with partner Derrick Nantais, is a small, brick-and-beam bachelor with a large window but no patio. For the decade they’ve shared the loft, the lack of outdoor space hasn’t been an issue. “I’ve never particularly wanted to garden,” says McFall, who is studying fashion techniques and design at George Brown College. “I’m very nervous taking care of other people’s house plants. I’ve killed anything that’s been given to me.”

It was somewhat unusual, then, when McFall asked Nantais for a Click & Grow Smart Garden – a bright white, bread-box sized indoor planter box that costs between $130 and $260 – as a Christmas gift last year. “It was to grow weed,” he says. “That was my original desire. With legalization, you are able to grow up to four seeds.” The Click & Grow, in particular, appealed because it came with everything necessary to optimize germination and minimize maintenance: a built-in, app-enabled irrigation system and LED grow lights, as well as small cups prepacked with soil. When McFall unwrapped the present, the only thing he had to do was get seeds – which he bought from the Ontario Cannabis Store – plug the planter in, and wait.

Whether to cultivate marijuana like McFall, or other plants, including fruits and vegetables, people are increasingly looking for ways to sprout life in tight, traditionally non-green spaces. More Canadians are now living in urban dwellings than ever before. In Vancouver, for example, 30 per cent of residents live in condos, not homes with yards and gardens. In Toronto, 20 per cent do. At the same time, the wellness benefits of indoor vegetation – more oxygen, less toxins – as well as rising demand for organic, farm-to-plate ingredients (cannabis included), is inspiring more of us to set up high-rise, in-suite grow-ops.

In turn, designers are envisioning creative solutions that range in scale from super small to building-sized. At Toronto’s 2019 Interior Design Show, for example, local designers Wooyoo unveiled Pokopoko, a wee, apartment-appropriate coffee table with built-in gardening pots (perfect for a low-maintenance succulent or two) placed in such a way to still leave room for mugs and magazines.

Conversely, when the Plant Condos opens in early 2020 in Toronto’s Queen West neighbourhood, each of 72 units will have been specifically designed to encourage cultivation. All units have been envisioned with large patios – between 160 and 200 square feet – angled in such a way to maximize sun exposure. In addition, a third-floor common space will include a greenhouse, container gardens and a kitchen, presumably for cooking up communal dinners with hyper-local produce.

“What I find interesting about urban agriculture is not only helping people to grow their own food,” says Alex Speigel, the Plant’s developer and partner of Windmill Development. “It’s that it has the potential to help build community. Urban life can be lonely and alienating. Gardening connects people.”

For those who don’t want to move to a new building to indulge their green thumb, a Toronto-based startup called Modgarden has envisioned a way to both incrementally and efficiently garden in an apartment. Their tinyFarm, which can be preordered now for $500 with an expected delivery of fall 2019, is a bit bigger than the typical microwave, and, similar to the aforementioned Click & Grow, tries to make indoor gardening easy: The lights and irrigation are integrated; prepacked soil pots save people from getting dirt under their fingernails.

One major advantage compared to U.S.-based Click & Grow, however, is that the tinyFarm is stackable, so growing capacity can be increased without losing precious floor, shelf or counter space. Another advantage is that the planting beds are larger and deeper, allowing for greater, more frequent yields. Inventor Aamar Khwaja, who was inspired to pursue his idea by both the high price of organic food and his inability to grow anything in his own downtown condo, estimates that his product produces enough sprouts and microgreens – kale, pea shoots – to pay for itself with four to five months.

For McFall’s purposes, the Click & Grow was not only successful, but inspired a deeper interest in gardening. The marijuana seeds germinated as desired, then had to be transported to larger container to continue shooting upwards (the Click & Grow’s relatively small planting beds make it difficult for large, deep-rooted species such as cannabis to thrive in the long run). But because the process was enjoyable, McFall started cultivating other things, including basil, mini strawberries and mini tomatoes. His mini romaine lettuce, in particular, was “amazing,” he says. “It germinated within a week and a half, then grew edible leaves for about two months. I would take some leaves off and it kept growing more.”

“It doesn’t grow enough to make a salad,” interjects McFall’s partner Nantais, whose biggest complaint is the size of the yields. “It’s more like a garnish.”

“Well, that’s why all the seed types we got are clearly labelled mini,” rebuts McFall who, rather than size, notes his frustration is that some species are finickier than others. The strawberries, which in the absence of bees, have to be pollinated by hand by rubbing the pollen from flower to flower, have yet to bear fruit. “But overall It’s fun. I think I want to get more into indoor gardening. Lately, I’ve been looking at those felt pods you can hang from a wall to add more green to the apartment.”

“I like to encourage him,” Nantais says. “Now I call him Farmer Greg.”

The floral industry has a bad environmental track record. The ‘slow flower’ movement aims to change that
Subscriber content
April 18, 2019 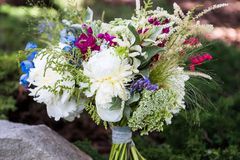 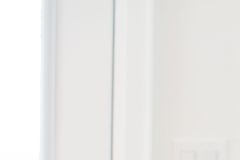 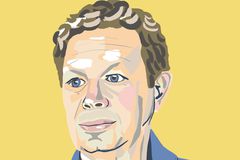