A visitor to Tommy Smythe’s Victorian townhouse, in Toronto’s Cabbagetown neighbourhood, won’t find his most personal effects – mementos from travel, long-loved art – in the expected places. “I’m a classicist in that way,” he says. “I prefer to move the family photos out of the living room, put them upstairs, somewhere more hidden, more private.”

For Smythe, co-founder of a new interior designer studio called Tom, some of his favourite items, such as a framed Keith Haring poster from the 1980s, are hung in his bedroom. But it’s the adjoining hallway where he’s chosen to hang his dearest items. A Grace Jones concert pic. Photography by Christopher Wahl. A framed telegram his mom sent announcing his birth in 1970 to family in Ireland. (“A real telegram!” he jokes. “Can you believe it? That’s how old I am!”)

Unlike many hallways, the space isn’t one to simply walk through, blithe and unaware. It’s more than a mere conduit to get to adjacent rooms. It’s a perfect little gallery, a cabinet of curiosities, at the centre of his home. To take it all in, there’s an antique bench to sit on. Like all the surrounding artifacts, the seat is highly personal, an heirloom from Smythe’s great-grandmother Dorothea, also a designer. It’s upholstered in a green tweed Smythe found on a trip to visit Ireland, where Dorothea was born.

“Interior hallways are often so utilitarian,” Smythe says. “They are often neglected. But they are also one of my favourite spaces to give a bit of attention. They can provide such a wonderful sense of surprise and delight.”

To savvy designers such as Smythe, that delight comes in many forms. And, these days, it’s needed more than ever. With the onset of COVID-19, our homes have become all-in-one, all-the-time facilitators of living, working, schooling and recreating. Building in extra storage, offices or play space might seem impossible without either a big reno budget or simply buying something new.. Until, of course, you embrace the in-between passages. “I see always hallways as another full room in the house,” Smythe says. “Why not have a desk, if there’s space? Skylit or near a window, it could be a beautiful place to work.”

Hallways can also be warm spaces. At a home in Nova Scotia, Halifax architect Omar Gandhi lined a corridor with a long window bench overlooking the front door. The house is for a family with young boys and “yes, people sit there,” Gandhi says. The passage runs beside the boys' bedrooms, providing a convenient gathering zone for when they don’t want to be alone in the rooms, but don’t necessarily want to hang out with their parents in the living room, either. “It’s a nice getaway from within the house,” Gandhi says.

Likewise, at a semi-detached built by Toronto-based studio ModerNest, architect Kyra Clarkson kept the bedrooms of the two school-aged children intentionally small to encourage less time spent alone, more time with each other. The shrunken sleeping quarters freed up space for an extra-wide corridor-cum-den, which links the rooms on the home’s second level. Within the area, there is enough square footage for desks, a bench-topped bookcase and a sofa. “It’s a good place to do homework,” Clarkson says.

Addressing more typically adult concerns, Maia Roffey, Toronto principal of Black Sheep Interior Design, used a single hallway to solve two common space crunches: neither enough storage in the front foyer, nor in the kitchen. She edged the hallway that adjoins the rooms with a bench, boot rack and a series of closet doors. “The first set of full-height doors is the front hall closet,” she says. From there “the rest is designed as a pantry with interior pullouts. We also stole space on the opposite side of that hallway to house the wall ovens and warming drawer. I’d say we almost doubled the kitchen storage by housing those units in the hallway.”

At just 12-feet wide, the Montreal home of Michael Godmer and Mathieu Turgeon, an architect and an interior designer, is basically corridor skinny. In renovating their three-storey, live-work home, the couple resisted the urge to blow out all the walls and go all open-concept. In their home office, to join the area where they have their desks to a meeting room, they installed a low-ceilinged, 40-inch wide tunnel. Partly, the passage is practical. It’s stacked on either side with much needed storage cupboards. Godmer wanted the space for another reason – its very narrowness. “It makes the surrounding rooms feel larger in comparison,” Godmer says. “And the white walls are glossy, which makes the more matte walls of the meeting room feel cozier.” That’s another great thing about hallways. When done well, they can elevate everything around them, too.

IDS Vancouver moves from the convention centre to the streets for 2020
September 23, 2020 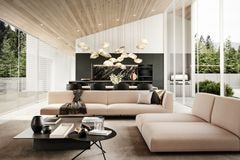 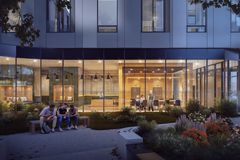 Self-watering and monitoring smart gardens are a boon for those living in small spaces
August 20, 2020 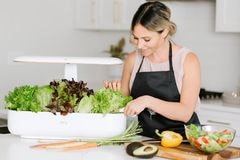