For the past year, Karen von Hahn has been reviving a dilapidated, 1946 cabin on Ontario’s Lake Huron. The transformation has all the plot twists of a drama-filled, before-and-after show on HGTV. Some of the darkest moments include when Terry, the hard-working contractor, found rot in the cedar logs around the windows, forcing him to rip out and replace the original, character-rich wood. It was as gut wrenching as when von Hahn realized that a lot of the big old trees around her place were infested with an invasive beetle and had to be chopped down – lest they topple onto the cottage’s roof.

Not all went wrong, though. A particular high was when von Hahn’s husband, Thomas, a lawyer by day, learned how to weave with turquoise vinyl cording to fix a vintage set of patio furniture the couple found at a Christie’s auction. He acquired his technique by watching YouTube videos; the pop of colour helps create the tiki-hut meets beach shack vibe the cabin will have when its finished.

Given the richness of the reno story, as well as von Hahn’s background, it would make sense if it were all documented on TV. The Toronto-based journalist used to host a style program on the Life Network called The Goods, and has decades of experience writing about design and decor for top publications such as House & Home.

Instead, however, von Hahn has been posting detailed updates on her cabin-specific Instagram account, @mylittlecabinstory. “Instagram is the only social media I enjoy,” she says. “It really allows you to tell a satisfying story. And isn’t that how we speak to each other? With our stories?”

Von Hahn isn’t alone in her approach. Many top design personalities are producing the kind of pictures, writing and videos that have been the staple of traditional shelter media, but they’re doing it on Instagram. Partly because of scale. A cable network such as HGTV Canada has huge reach, with more than five million Canadian subscribers, and south of the border, the network draws enough viewers to regularly beat CNN in Nielsen ratings. However, twice as many Canadians have an Instagram account and the number of people in the United States who tune in for reno advice during prime time – roughly 1.3 million every night – is a small fraction compared with the 100 million Americans who spend just less than an hour a day liking photos and watching countless Instagram stories.

But design professionals are also embracing the social-media platform for other reasons. Unlike a tightly edited, highly produced TV episode – the kind that might compress a six-month gut job into 30 simplified minutes – Instagram allows experts to go into much more depth about their work, talk directly to interested viewers and showcase exactly who they are without producers and editors acting as intermediaries. It can also be an important driver for their businesses.

Waterloo, Ont.-based interior decorator Kendra Bester (@kendrabesterdesign) has more than 7,000 followers and gets 20 per cent of new clients from Instagram. She’s grown her audience in part by learning from the narrative style common on HGTV, especially when it comes to detailing the ups and downs of a home project. “You need a bit of a roller coaster ride to keep people watching,” she says. In a humourous series of posts, for example, Bester vents about the many “ugly” houses she and her husband found while looking for a new place, including a weird looking adobe whose roof looked like a mullet.

But Bester also makes use of Instagram’s unique ability to connect directly to an audience, something a television series can’t do. Every Thursday on her Instagram stories, she hosts Q&A sessions, answering questions submitted by followers. In one, she addresses how to update the cookie-cutter “boob” lights that come standard in many homes. (She says brass-ringed “drum” lights have a similar size but a more elegant look.) In another, she gives advice for affordably refinishing an old oak staircase.

According to Bester, having such a direct, on-going conversation allows her to better inform prospective clients about what exactly she does and the value she brings to a construction project. “A lot of people don’t know that designers and decorators do more than just pick furniture or paint colours,” she says. “They don’t realize that we also work with carpenters, electricians, contractors and millworkers. Instagram has helped me to tell people exactly what I can do for them.”

Toronto interior designer Jessica Kelly (@jessicakellydesign) agrees that Instagram is great for showing people the ins and outs of her profession. “I worked in TV for a bit,” she says. “And being able to show the real life behind the scenes [on Instagram] is amazing. The timelines and budgets on TV are not realistic by any stretch.”

Of course, the education goes both ways and can be useful for designers to understand new trends and ideas. Kelly is currently documenting her kitchen renovation on Instagram and says that “the feedback that I get is fantastic. It gives me a sense as to what people are interested in. Whether they prefer Caesarstone countertops or marble, for example. It also builds a sense of community. People are always asking how the renovation is going.”

Perhaps surprisingly, even HGTV is benefiting from its potential digital rival. “We don’t view Instagram as a threat, at all,” says Loren Ruch, HGTV’s group senior vice-president, development and production. “Instagram has benefited us by creating a bigger water-cooler conversation about design and renovation. When people who discover design on Instagram want to learn more, they often turn to HGTV for more information.”

Instagram is even shaping the channel’s approach to content. “Instagram is a source for us because it’s a way to see what’s popular and what people are interested in,” Ruch says. “[It has] allowed us to find fresh talent we might not have otherwise. It allows us to understand designers’ processes in more depth, see samples of their work and what makes them interesting and unique. It is how we found Ben and Erin Napier from Home Town, for example.”

The photo-driven social media app isn’t without its issues, though. Award-winning interior design Jeffrey Douglas (@jeffreydouglasdesign) is an avid user – posting as often about his global travels as he highlights details of the luxurious homes he’s building – but he recognizes some of the drawbacks. “HGTV gets higher ratings than CNN because it’s low-stress and predictable,” he says. “Instagram can produce a lot of stress, including competitive pressure and envy. There’s a reason they are hiding the number of likes in Canada now. It can make people feel anxious and depressed.”

Douglas ultimately enjoys the app – noting that although it’s not a source of clients, it has linked him directly with designers he admires from around the world, something impossible to do with say, a magazine subscription – he also wonders if the trend for people to over-produce themselves on the platform is killing its charm.

“People put a lot of thought these days into their online strategy, when and how and what they post,” he says. “The spirit of social media used to be more spontaneous and haphazard, not so formulaic.” In other words, it didn’t feel so produced, it just felt real.

Favourite Room: A renovation inspired by a trip to Japan and the philosophy of wabi-sabi
Subscriber content
June 6, 2019 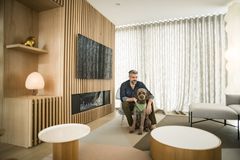 Why some restaurants are being designed specifically so patrons put their phones away
Subscriber content
May 23, 2019 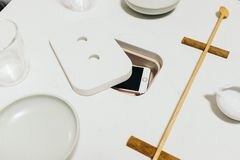 Interior design’s hot new material? Why humble plywood is having a moment
Subscriber content
May 16, 2019 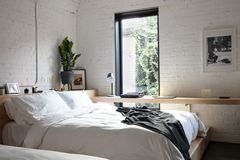