To the untrained eye, Robert Iantorno’s home looks like a grain shed. The utilitarian structure, in the small village of Singhamton, Ont., is a domed steel shell with no windows on its long, ridged sides. It wouldn’t be out of place overflowing with tractors and bales of hay in the middle of a farmer’s field.

The agrarian allusion doesn’t bother Iantorno. “I like the simple, pure form,” he says. “And it’s beautiful inside.” That it is. Twenty-foot ceilings soar over an open-concept living, dining and kitchen area. Through a single, tall expanse of glass on the south end, sunshine floods the house, bouncing between the smooth concrete floor and the shimmering metal walls. In the greyest parts of winter, light still glows against the honey-hued kitchen cabinetry and mid-century vintage furniture.

This type of dwelling is known as a Quonset house, named for a military base in Rhode Island where they were developed to house soldiers and equipment. Over time, they were modified for agricultural purposes, then houses. Now, thanks to growing interest in prefabricated homes that work generous space and natural light into a more affordable structure, architects are adapting the Quonset for contemporary living.

Iantorno’s architect, Andy Thomson, embraces the Quonset’s agricultural connotations. In fact, he loves the idea of crafting something rooted in rural pragmatism. “One of my mentors gave me this mantra, which I use all the time,” Thomson says. “He told me to ask myself, what would a farmer do? Farmers have limited resources, limited time and zero interest in unnecessary maintenance. They need to know that what they build will still be standing for generations.”

Such durability was important to Iantorno, who shares the space with his wife, Maria. Like many people who were born in the 1980s, he faced astronomical real estate costs by the time he finished university. It didn’t help that he was originally seeking shelter in his hometown of Toronto, among Canada’s priciest cities. Uninspired by the prospect of splurging to live in a tiny condo where the noise of neighbours echoes through paper-thin walls, he decided to switch up his search and find vacant land north of the city. “I didn’t want to be crushed by mortgage debt,” he says.

Whether you are building in the middle of a city or in the country, erecting a custom home is usually a way to burn through money, not save it. But Iantorno’s house is patterned after his architect’s own cottage in the Outaouais region of Quebec, a house with proven affordability. “My place is about 3,000 square feet and cost about $150,000,” Thomson says. “That’s a similar price to an Air Stream trailer. It helps that I did a lot of the construction myself. If I had had a professional contractor custom build everything, it would have cost closer to $450,000.”

Like Thomson, Iantorno did a lot of the building work himself, taking pains to ensure his construction was as sustainable as possible. The walls are so well insulated that the structure barely needs conventional heating or air conditioning. “When we found the site, there was nothing on it except for trees and an abandoned lean-to from some hermit,” he says. “Because we were building on virgin land, I wanted to make something really nice – something solid. I think my house will last for another 500 years.”

That kind of longevity is a bit ironic, given the history of Quonset huts. Just over a century ago, Major Peter Norman Nissen, a Canadian-educated British army officer, devised a way to construct impermanent soldier barracks in a matter of hours. His idea, called the Nissen hut, was inspired by a now-demolished armoury he saw while studying engineering at Queen’s University in Ontario. The design involved stretching streets of corrugated steel over a dome of steel ribs.

While Nissen huts were a great way to quickly deploy housing, they left soldiers shivering in the cold and sweating through warm weather. Apparently, there’s a reason no one camps in draughty steel tents.

During the Second World War, the idea was resurrected and improved on by engineers at a military base at Quonset Point, R.I. Instead of a skin of rickety steel laid over metal ribs, the resulting Quonset huts had a simpler construction: the structure and sheathing were blended into a single, prefabricated panel, including a layer of insulation.

Over 150,000 huts were manufactured during the war, with each costing about $800 ($14,000 in today’s dollars). So many were produced that surplus huts were sold to the public at cost, and used for just about every imaginable purpose, including, of course, farm sheds but also postwar homes. Whole Quonset villages popped up in North America, including one in central Los Angeles that housed 5,000 people in the 1940s. But as postwar prosperity grew, such economical housing was replaced with bungalows on tidy suburban streets. The Quonset village in L.A. was demolished in 1954 to make way for a zoo.

Necessity, including circumventing the high housing costs Robert Iantorno has experienced in Toronto, is bringing the Quonset back. There are even new Quonset villages, such as True North, an affordable housing complex that opened in Detroit in 2018.

The austere, military-grade exteriors in True North belie elegant interiors. “There is a wonderful variety you can achieve with the Quonsets,” Edwin Chan, True North’s California-based architect, says. “They have flexible, open floor plans and can be quite tall with mezzanines and lofts. And through the large windows at either end, you can not only bring in a lot of light – a lot of warmth – but create a sense that the surrounding nature continues from the site right into each house. Each one is very humane.”

Torben Eskerod, an architect at studio VBA in Copenhagen, agrees, having recently designed a Quonset-style country house in Denmark. “There is no strong tradition for Quonset housing in Scandinavia,” he says. “But we are glad our clients went along with this bold idea. The domed section gave our client an extraordinary space. At the same time, it connects to nature and gives an overwhelming experience of light and space inside.”

In 2020, a large Quonset went up on the Queensway in Toronto’s west end. It’s not a house, but a sales centre for a family-focused condo called Reina, which also happens to be Toronto’s first condo with an all-female development team. The structure’s curved façade echoes the rounded shapes of a Quonset. “I got the idea spur of the moment, partly from a contemporary Quonset art gallery I had seen,” Heather Rolleston, principal at the firm BDP Quadrangle, says. “I drew out the idea and almost didn’t want to show it to the client. Part of me wasn’t sure how it would go over. But I also just didn’t want to do another, typical, temporary sales centre. They tend to be all so similar.”

“I loved the idea,” says Taya Cook, Rolleston’s client and director of development at Urban Capital Property Group. “I wouldn’t say the sales centre was cheap because it was a Quonset. It’s still a million-dollar sales centre, partly because we included a lot of custom details, including custom windows. But the open, flexible plan and the overall shape encouraged us to be very creative. Where the curved walls meet the ground, that could be wasted space. We put in a ball pit for kids, which, as a condo for families, says exactly who we are.”

While there are no specific plans for the Reina Quonset following its life as a sales centre, because the structures are modular, it’s possible for them to be moved and reused. There’s no doubt it would be a beautiful starting point for a second home out of the city.

Styling for the Singhampton Quonset house by Cynthia Florek.

The home trends that antique and vintage dealers are shopping for this season
Subscriber content
April 11, 2021 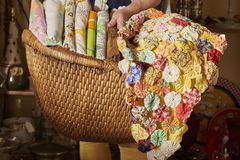 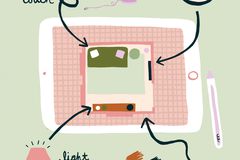 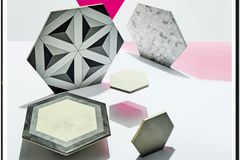