That summer, it felt like all of the flea market vendors met up and decided that dusty rattan bookshelves, wicker Emmanuelle chairs and curlicue bread baskets were suddenly worthy of being showcased. Was it 2019? Maybe earlier? It doesn’t matter, really, in the timeless world of vintage and antiques. Soon, as if on cue, these pieces were popping up in Instagram room vignettes, DIY blogs (flip that bread basked over and, ta da, the chicest lampshade ever) and in the housewares department of your local big-box warehouse.

The second-hand dealers who search high and low for each summer’s version of wicker are often called “pickers” and they know this trendsetting phenomenon well. As the name implies, the picker’s emphasis is on curation. Their practiced knack for making the old and banal seem new and interesting positions them at the beginning of the home decor cycle, and their style clairvoyance is what gives the vocation so much of its mystique.

But can a seasoned picker really spot a trend five years out? These vintage vendors take us behind the scenes of their process and share what’s on their shopping list this season.

“We vintage sourcers are the influencers,” says Vintage Van Go’s Kathy Klassen, who has been a reseller of vintage linens, textiles and glassware in Calgary for nearly a decade. While trends today tend to cycle rapidly rather than trickling up or down, a design moment such as oversized floral wallpaper unquestionably emerged from the type of fabrics Klassen and her peers have been unearthing over the past couple of years.

Klassen leans into her mid-century modern taste. Her specialty is bold textiles – think yards of deadstock corduroy in hazard orange – although she also stocks the Hollywood Regency chenilles of the 1950s and hippie boho swatches from the seventies.

Over the past year, she’s seen a substantial increase in business thanks to an Etsy shop she launched just before the pandemic. Prior to that, her stockpile of mod floral bedding, fringed towels and patterned curtains had languished in the spare room of her bungalow.

To replenish her stock, Klassen usually visits a circuit of local thrift stores and receives lots of private buying referrals. She hits as many garage sales as she can and, pre-COVID, was a devotee of rural church bazaars. “This pandemic has really put a damper on the picking aspect of it,” she says. “I’m missing the really good small-town church sales where you could load up on great stuff.”

Many mainstream retailers now offer new versions of the retro prints that are Klassen’s bread and butter, but the originals haven’t been tastefully watered down to please the largest number of customers. As Klassen points out, there’s no mistaking the uniquely garish and gloriously madcap colour combinations of the real thing.

This season, Bridget VanWart of Halifax-based Instagram decor shop Holy Roller Vintage has her eye on an aesthetic she describes as “a pastel eighties South Beach Miami version of art deco.” Translation: statement pieces much as plastic mirrors, fluted dusty peach ceramic lamps and peacock-style rattan chairs that wouldn’t look out of place in a Three’s Company episode. “I really try to prioritize being at least half-a-step ahead of curve,” she says.

A bit of contemporary Scandinavian thrown in and some creative styling is how VanWart avoids going what she calls, full Golden Girls. “I love coming up with unexpected and modern combinations of pairings – old things with a modern aesthetic,” she says.

When VanWart started selling in 2019, there was a sudden glut of wicker pieces being posted to online marketplaces such as Kijiji. They would often languish there for weeks. “Now it doesn’t last for one second,” she says. “I think the material is always out there, with people only passing it over because they didn’t know how to style it.”

A micro trend is usually slow to move from flea market popularity to widespread consumer adoption but, lately, VanWart has noticed the cycle speeding up. Take glass Murano mushroom lamps, for example. The petite hand-blown pieces originated in 1970s Italy but popped up as a trend among vintage dealers in 2020. Now, they’re being reinterpreted by housewares retailers. “The turnaround was really fast,” she says. “Even Urban Outfitters does one now. They’re definitely quick on the draw.”

To source her statement pieces and lighting, VanWart revels in the Atlantic region’s seasonal yard sale culture. “It’s massive here in Nova Scotia, especially rural ones with groups of people creating supersized yard sale markets. Getting out of the city is key.”

Every Sunday from April to October, dealer Jed Heinrichs can be found at the Aberfoyle Antiques Market near Guelph, Ont. His Square Table Round Bowl stall is lined with vintage educational charts. Ironstone vessels and tinware fill farmhouse cupboards and reclaimed baker’s racks.

Heinrichs spends the other six days of the week and all of the off-season in search of vintage pieces that fit his industrial French farmhouse style. “I think sometimes people assume there’s a jackpot somewhere, but you constantly have to source and it just accumulates over time,” he says. “It’s not that there’s some huge secret, because it’s so spread out across a lot of different avenues.” Those options include estate sales, online discoveries, porch pickups and purchasing from other dealers. “It’s a ton of driving. You have to go places. Like I always say, ‘you’re never going to find anything sitting at home,’ so I spend hours and hours on the road.”

For Frenchware, which is scarce in Ontario, he imports pieces from famous puces, or flea markets, in France including Lyon, Saint-Ouen and Vence. Recent travel restrictions have kept Heinrichs closer to home. “It has been kind of enlightening to realize how much you can source locally. But it’s resulted in having to pay higher prices,” he says. “And then, as a result, you have to charge a bit more.”

Flea market trendspotting is a tricky business, but Heinrichs admits he’s aware of the effect that his understated juxtapositions of furniture and objects might have. “Vintage and antique wares are a huge source for new wares especially pottery, textiles and lighting. And hardware. There’s entire new product lines that are entirely reproductions.” Yet for all their effort, there’s something even state-of-the-art factories can’t quite emulate. “Patina,” he says. “People go crazy. That’s a huge buying factor for people and makes things one of a kind.” 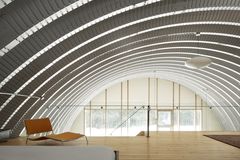 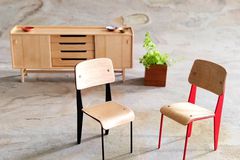 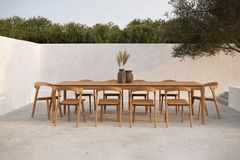