Here’s a scenario that’s likely never happened: Someone walks past a rack of pants. She sees the pants are different sizes and materials, but doesn’t really know which will fit her body type or which cloth will feel nice against her skin.

But instead of getting measured, she simply picks a pair at random, maybe thumbs the material for a bit or holds the trousers up in front of a mirror against her legs. Yep, they look like pants. Purchase made, she then proceeds to wear those same slacks for eight hours a day, every day, for years – whether they fit or not.

If this person were a friend, one might be inspired to pull them aside and give them a few pointers on how to better conduct their life. Well, friend, we need to talk. You likely don’t shop for clothes this way. But chances are, you’re being negligent when it comes to a far more important purchase: your pillow. And what better time to get things right than the start of a new year?

Not getting enough sleep is the stuff of nightmares. It has been linked, according to myriad studies, with heart disease, diabetes, obesity, depression, increased risk for car accidents and a litany of other ills.

And it might seem with kids to raise, jobs to work and so many episodes of Stranger Things to binge, it’s not possible to get good sleep anymore. In fact, 35 per cent of Canadian adults have a hard time shutting off at the end of the day, according to Statistics Canada.

Yet as quotidian as it may seem, a plush pillow can be instrumental to getting enough shut eye. A survey of 1,500 Americans by the Washington-based National Sleep Foundation found a comfortable head rest was the most important determinant of quality sleep, according to 70 per cent of respondents.

Additionally, a 2018 study from UCLA’s Galvan Laboratory for Developmental Neuroscience found giving adolescents a good pillow was more important than anything else to help their teen minds unwind – more so than even less screen time, darker bedrooms or less noise.

This last study is possibly great news for parents, especially those raising the nearly 50 per cent of teens who don’t get enough sleep, and therefore risk having a hard time focusing at school.

“Sleep affects many outcomes in life,” says Adriana Galvan, a specialist in adolescent brain development who worked on the study. “And pillows can really be an equalizer. They are a relatively quick, affordable and easy way to improve sleep, even across disparate socioeconomic backgrounds.”

So, what makes the perfect pillow? Here’s where things get a bit tricky. Although experts agree the right pillow – one that supports your head and neck, and helps relax your body to the point that your mind shuts off – can be very helpful. The bad news is finding said pillow is a highly individual process.

“Comfort is hard to define,” says Mark Boulos, a staff neurologist at Sunnybrook Health Sciences and assistant professor at the University of Toronto. “There is no way to measure comfort. It often comes down to personal preference, and can be very subjective.”

This might explain the sheer variety of pillows, both now and throughout history. In Mesopotamia, where pillows were first invented 9,000 years ago, they were made of stone. That was a step up from the cold hard ground because the stones helped make it hard for bugs to crawl into people’s ears.

Since then, they’ve been porcelain, wood, and sacks stuffed with straw, hay and hair. Now, it’s almost dizzying to decide between gel fills, water, foams (memory or otherwise), various feather options (including down or synthetic vegan options), as well as many combinations thereof.

“There are no rules or right and wrong answers,” says Eva Libman, a clinical psychologist and researcher focused on sleep disorders at the Jewish General Hospital in Montreal. “Finding the right pillow is crucial to the whole scenario. But the attributes of pillows – whether softer and more flexible is better than firm – it really varies.”

Instead, according to both Libman and Boulos, the test is whether you feel good the next day. If you do, chances are, all is good, pillow included. If you wake up with a sore neck, aching shoulders and the sense you really didn’t catch any Zs at all, then it might be time to buy a new head rest.

Of course, one way to cut down on the trial and error might be to try something custom. Thijs Van der Hilst is a Dutch physical therapist who became a pillow designer 20 years ago because he thought he could prevent a lot of the neck and shoulder issues he was seeing by improving people’s bedding options.

His individually fit Pillowise designs, which have been purchased over 150,000 times around the world over the last two decades and average US$129 ($175) per pillow, are shaped to dip under the head, and rise slightly to cradle the neck.

In terms of materials, he only uses memory foam because, according to him, it offers consistent, even support and doesn’t “squish down to nothing,” the way, say, feathers do. He then wraps the foam in Tencel, a fabric that wicks moisture away to keep the sleeper feeling cool and dry.

More important than the material, though, Van der Hilst suggests people pay attention to the depth of their pillows, and how high it keeps them off the mattress. To determine the proper proportions, Pillowise customers are asked to measure their shoulders and necks, then indicate whether they are side, stomach or back sleepers, and whether they have a soft, medium or firm mattress.

“If you have a soft mattress that you sink down into,” Van der Hilst says, “you might need a thinner pillow so your head doesn’t end up being too propped up.”

Optimally, your neck is nicely aligned during sleep, not cranked in any one direction – which is why the depth of the pillow is such an important size factor.

Van der Hilst also offers fully custom options that start at a several thousand dollars, for which he’ll 3D scan a person’s upper body and mill the foam based on their exact dimensions. Frills can then be added by request including a 24-karat gold sleeve that supposedly blocks electromagnetic radiation from penetrating the bed, upping the price to US$57,000 ($77,500).

But, what if your tastes or needs change? Well, depending on the pillow, different experts suggests replacing them every six months to three years.

Van der Hilst warranties his for five years. Swapping out your pillows should be a regular occurrence, anyway. And in the interim, there are also modifiable options such as the one from Canadian mattress maker Endy ($80). It comes with extra foam – bamboo charcoal memory foam, to be exact – that can easily be stuffed in, or taken out, to modify the firmness and depth. Similarly, U.S.-made Helix also offers height-adjustable memory foam inserts and has a layer of synthetic down for extra softness.

It might come in handy on those nights when you’re tossing and turning and know you need something different, but can’t quite figure out what.

This year taught us that when a space looks good, you’ll live better
Subscriber content
January 3, 2019 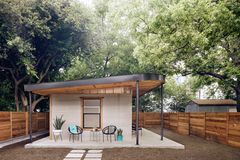 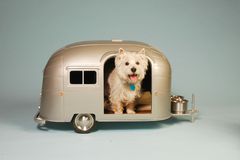 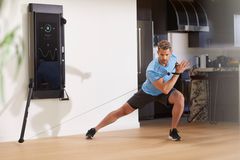