A major thrill of any home reno is often when the first sledgehammer crashes through a wall, breaking whatever is in its path to make way for the glorious and new. The inaugural whack can be fun to witness – that’s why it features in so many HGTV shows – or even more fun to do.

But according to Vancouver architect Clinton Cuddington, co-founder of Measured, a Vancouver-based residential design studio, there’s a major problem with the typical, blunt-force approach. “Often there’s a lot of great materials being damaged during a demolition that still have value,” he says. “The walls might be showing wear on the outside, but inside, everything is intact.”

Cuddington suggests a better way, which he calls “un-building.” As opposed to demolishing a house, it’s smarter to carefully dismantle it, preserving as many reusable finishes and fixtures in the process. That might sound fussy, a bit like the architectural equivalent of a great-grandmother who painstakingly unwraps birthday gifts so she can save the paper to later rewrap another gift. But there are many reasons why it’s a fantastic, not to mention overdue, idea.

Top of the list: It simultaneously tries to eliminate more waste from swelling the country’s already-packed landfills, while also reducing the need to constantly cut down new trees, mine more stone and extract other resources from the earth that are becoming more scarce by the day.

“What could be more efficient, more local, more sustainable than simply reusing the old studs from a house into the structural members for the new building?” Piers Cunnington, Cuddington’s business partner, asks. “Wouldn’t that be amazing?”

What Cunnington and Cuddington are talking about is called the circular economy. Currently, our economy is largely linear: We take raw materials and turn those materials into products. After we use the products for a while, we throw them out and start over. Recycling, a familiar alternative to this model, exists more in theory than in practice. For example, just over 90 per cent of plastics end up in being binned in Canada and not turned into new goods, according to the Recycling Council of Ontario.

But designers such as Cunnington and Cuddington are trying to find ways to radically improve sustainability. Not just in architecture, but also fashion, footwear and furniture. And one surprising upshot seems to be that in addition to greener outcomes, circular business models can also result in increased profits, luring some of the world’s biggest companies, including Adidas and IKEA, to pioneer their own circular approaches and a greener economy more globally.

At home, Cunnington and Cuddington rely when possible on a Vancouver-based demolition company called Unbuilders that systematically separates all the construction components, including the studs in the walls, for re-use or recycling.

The process takes time. “I usually need an extra two weeks for my team of six to work on a site,” says Adam Corneil, who founded Unbuilders two years ago when he grew frustrated with the waste produced by convention demolition. “There’s a lot of hand work involved, as opposed to having one person operating a machine.”

But the added time doesn’t make it more expensive. “The cost to take down a typical Vancouver home with a regular demo company is about $26,000,” Cuddington says. “Unbuilders charges the same up front. But there are so many tax rebates with unbuilding that the final costs often come in at about half that, around $13,000.”

Tax breaks typically take the form of donation receipts. Because Corneil is so meticulous in his deconstruction, almost everything – from appliances and kitchen cupboards to bricks and window frames – can be donated to Habitat for Humanity, a non-profit that helps build homes for those in need.

“Homes built before the 1970s were often constructed with old-growth, 500- to 1,000-year-old Douglas fir,” Corneil says. “That’s an amazingly durable, valuable material. It breaks my heart to think of how much of it has ended up landfills over the years.” Rather than getting dumped, Corneil says much of the wood he recovers ends up being used for flooring, furniture and cabinetry.

“Unbuilders is an excellent example of the circular economy,” says Stephanie Cairns, circular economy director for the Smart Prosperity Institute, a think-tank that consults with corporations such as Loblaw and Canadian Tire on sustainability initiatives. Cairns points out that other industries are also adopting new approaches. Including fashion, which is important, because in Canada alone, we discard 81 pounds of old clothes each year for every person, according to the Recycling Council of Ontario.

Adidas, the world’s second-largest shoe company, which regularly tops US$20-billion in revenues, is currently experimenting with sneakers called Loops that can be entirely and easily recycled into new shoes at the end of their life spans. “Mud Jeans is also doing a lot,” Cairns says. “Their virgin stock of cotton is all fair trade and organic. But they also have a program to take old, worn jeans from customers and either patch and reissue the salvageable pairs, or shred down the cotton to be turned into new pairs. Eileen Fisher is another one. They make women’s clothing, and encourage their customers to re-sell old items second-hand, as opposed to discarding them.”

Second-hand selling and spinning new cotton might seem quaint, hippie-ish and ultimately unprofitable. “But there is a serious economic case to be made for having a circular economy,” Malcolm Brodie, who is the mayor of Richmond, B.C. and chair of the National Zero Waste Council, says. “A company that can secure a steady supply of materials coming back into its production processes is securing itself against the resource shortages of the future.”

And in facilitating resales or taking old products back, companies create new points of contact with customers beyond simply selling them a pair of jeans. “In that sense, circular companies have the potential to create deeper, longer-lasting customer relationships,” Cairns says. “It also sets up the opportunity to gather more data on customers, and to better, more fully understand how customers actually use their products.” These days, having rich customer data can drive markets (just ask Amazon).

Building better, longer customer relationships is one reason that IKEA launched its Sell-Back program in 2019, which sees the company re-buy old bookcases, sofas, benches or other items and either resell them at in-store As Is sections, or donate the product to local community organization to find a good home for it. Last year, 30,000 customers off-loaded old items using the program.

Sell-Back is a part of the Swedish company’s commitment to be fully circular by 2030, which is a major shift from a decade ago. In the 2009 book, Cheap: The High Cost of Discount Culture, author Ellen Ruppel Shell detailed how IKEA was not only the world’s largest furniture retailer but the third-largest consumer of wood. Yet, in pursuit of low prices and high profits, it did little more than turn vast amounts of lumber into flimsy wares. “IKEA furniture made of particleboard and pine is not meant to last a lifetime,” she wrote. “Indeed, some professional movers decline to guarantee its safe transport.”

Going forward, the company promises to continually increase durability, incorporate both more recycled and recyclable components into its furniture and look for ways to divert as much waste from landfills. In some markets, it is currently testing a rental model, where people pay monthly fees to use IKEA furniture, but when they no longer want it, they return it, wherein IKEA can find the item a new home. They hope this model will cut down on furniture that gets thrown out, because IKEA will be able to control the whole life cycle of their products, from creation to reuse.

“It’s something our customers are increasingly asking for,” Melissa Mirowski, sustainability manager for IKEA Canada, says. “And there’s both a strong sustainability and a strong business case for doing it. So we’re excited about these changes.”

One key thing to watch for is whether IKEA and other companies find ways to maintain the quality of their materials as they reuse and recycle them. A critical reason that Vancouver architect Cunnington likes working with Unbuilders is that the salvaged wood “doesn’t get downcycled into wood chips,” he says. “Or burned for fuel.” The resulting products – floors, furniture – have a similar quality and value to what they replace.

That said, he adds that designers can do more to ensure that their materials can more easily be reused one day. “If architects conceived of buildings with the idea that one day the buildings would be taken apart, which they will, we’d be able to extract those materials,” he says. “It’s not easy scraping spray-foam insulation off old wooden studs.” 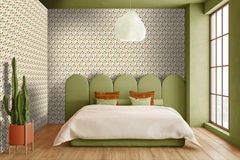 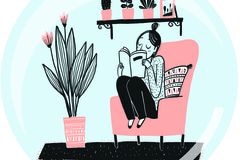