My favourite part of isolation so far has been fishing. It was difficult to get the hang of it at first – the rhythm, the tension and the way different fish zip around at varying speeds. The trick is to push the buttons rapidly but lightly and never linger too long. Otherwise, the bar that indicates fish position jumps around wildly on the side of my screen and I’m left with nothing.

I’ve also started a farm. I’ve mined for gems. I’ve foraged in the forest and tried to convince one of the patrons at the local pub to dance with me. No luck yet on that front, but I’m plying the individual with gifts in the hopes of striking up a match.

These are my days inside of a video game called Stardew Valley. The setup is deceptively simple: You’re an adorable cartoon farmer in a small village. As you grow your farm, you gain more gold and experience. Forward my mail to Stardew Valley, for I have pumpkins to harvest.

Spending time at Apple Ranch (that’s what I’ve named my farm – and yes, I do regret not picking something cooler) has become an important part of how I pass the time in this pandemic. I’ve never been much of a gamer. I had a few mobile games on my phone to pass the time in a long lineup, but sitting down at a computer or video game console seemed like too much of a time commitment. But now? All I have is time. This game is how I unwind each night. It’s how I calm down when I’m distracted by news of infection rates, mask protocol and global shut downs. It’s a zen oasis in the middle of my living room.

It’s also, it turns out, right on trend. Stardew Valley is similar to the newly released and mega popular Animal Crossing: New Horizons, which sold more than three million physical copies in Japan during its first week of release. Sales figures for Canada are still being tabulated, but at this rate, the game could be one of the most popular global releases of the year, no doubt seeing a spike in sales thanks to people having a lot more time at home.

But it’s more than just boredom that drives millions to play these games; they allow us to be social. In Animal Crossing, you decorate a campsite, farm fruits and explore an island. Gaming expert Ajay Fry explains that you can also visit a friend’s island, actually chat with them in the game and be in the digital space together. “Walking around creating things together, it is kind of that perfect escape when we’re all trapped in our own homes,” Fry says.

And because games such as Animal Crossing, Stardew Valley, or Minecraft take place in vast, open fields, “you can have that experience of being in spaces that feel a lot more expansive and big than the little rooms that we’re all trapped in for the next who knows how long,” Fry adds. In reality, we may each be in our separate houses, in stained sweatpants with unwashed hair. But in the game world, our avatars are button-cute with fun hairstyles that we can change at the press of a button. They have emotions and reactions; they run and jump and dance together. They do not have to stand two metres apart.

Animal Crossing: New Horizons is immensely popular in part because it’s a low pressure, easy to master game. But even the low-key skills require some practice, and with that comes a sense of accomplishment. As Mia Consalvo, Canada Research Chair in game studies and design at Concordia University puts it, games offer rewards for our behaviour that we’re not otherwise receiving now.

“The more you play, generally the better you get, and you get pleasure from that, earning the accomplishments and achievements in games,” Consalvo says. “Right now in daily life, [those accomplishments] can be kind of hard to come by, other than ‘I got up. I put on pants.’ Or, ‘I put on my day pyjamas instead of my night pyjamas.’”

In that way, video games allow us to show agency by making small choices, something we’ve relinquished our control over in most other circumstances. I can regulate my emotions through gaming. Do I want to be creative? Minecraft. Do I want to feel excited? Maybe play a fast-paced game such as Rocket League or NBA 2K. Or perhaps, I’d like to watch someone else take over for a while.

Game streaming site Twitch has seen a huge jump in viewers over the past few weeks. This time last year, 1.2 million people on average tuned in to watch games being played on thousands of channels. This year, that audience has more than doubled, at just less than 2.5 million views. And more people are also streaming themselves, playing live for viewers to follow along at home. In January, there were an average of about 53,000 channels streaming at any time. Today you can watch nearly 90,000 channels.

At this point, e-sports are also replacing some more traditional sports leagues. On April 11, more than 200,000 people watched a live stream of Devin Booker from the Phoenix Suns winning the NBA championship. No, not that NBA championship. They watched the professional basketball players take up their own avatars in the NBA 2K Players Tournament, where Booker claimed the title of champion. Fans of car racing had the opportunity to watch NASCAR driver Josh Williams win the first ever iRacing Replacements 100 Tournament.

For Kris Alexander, professor of video games design, broadcasting and e-sports infrastructure at Ryerson University, this gaming evolution is perhaps enhanced by this pandemic, but it’s been underway for years.

“Video games are a place that many of us allegedly grew out of and … where we started to preserve and maintain our imaginations,” Alexander says. “That sense of connection yet fantasy is something that’s marvellous, that I think we should be exploring.”

For Alexander, this time of isolation is also a chance for everyone, from newbies to core gamers, to explore different titles for different moods. He recommends Ring Fit Adventure – which requires users to jog in place and strike yoga poses – to get moving, or trying a game with a deeper story line, such as Virginia, a mystery. “In the case of Virginia, [there’s] no dialogue. It’s all beautiful orchestral soundtracks and it deals with concepts of mental health and racism.”

There are thousands of games out there, and my first foray into console gaming has opened my eyes. I might have started on the farm, but now I’m ready to explore. I can travel in space, back in time, or even fend off an annoyingly aggressive goose. I have a way to feel useful and productive right now, all while staying on my couch. I’ll take it.

How much would you pay for a designer outfit that your avatar can wear in a video game?
February 29, 2020 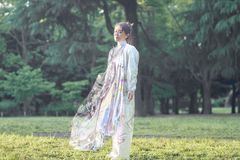 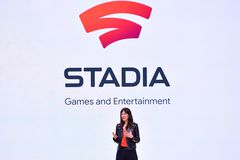 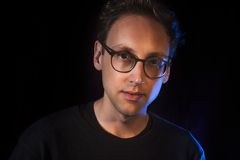