More than binge-watching prestige television, more than mastering sourdough, more even than scrubbing my hands raw with industrial-strength soap, my most satisfying and comforting COVID-19 coping strategy is building playlists. It seems I’m not alone.

Playlists are ubiquitous in contemporary culture. Want a playlist of the Worst Songs to Have Sex To? It exists. How about a playlist of Strange and Unpleasant Music? It’s out there. Even Joe Biden and Kamala Harris released a joint playlist, with tracks ranging from the Doobie Brothers to Kendrick Lamar, for their inauguration.

Brands use playlists to help shape their identity. Kentucky Fried Chicken has one – it’s called Bucket Bangers, natch – and so does Carnival Cruise Line. The Johns Hopkins University School of Medicine has a playlist it uses for patients undergoing psilocybin treatments that is full of trippy overtone music and peaceful classical jams ­­– it’s great to listen to at work, incidentally.

I’ve been building playlists from the days of cassette tapes with handmade covers and for years subscribed to the music nerd’s school of mixtape creation in which each track, its particular position, role and message, was painstakingly considered and analyzed. I call this the High Fidelity School of Mixtape Aggregation.

Zoe Kravitz, as Robyn Brooks in last year’s television remake of that Nick Hornby novel, explains in the first episode.

“Making a playlist is a delicate art,” she says. “It’s like writing a love letter, but better in a way. You get to say what you want to say without actually saying it. You get to use someone else’s poetry to express how you feel. Then there are the rules. It’s got to be entertaining. It’s got to tell a story. It can’t be too obvious, but it can’t be too obscure either. You can’t double up on songs by the same artist unless, of course, that’s your theme. Anyway, a good compilation, like so many things in life is hard to do.”

While those iron-clad laws still hold true, my approach now is fundamentally different. The size limit for playlists on Spotify is 10,000 songs. I know this because I’ve got a couple of playlists that have maxed out there. They run the gamut from “Medieval-ish Portuguese Bagpipe Music” to African trance jams, ecological orchestral soundscapes to Nordic fiddle duets. Instead of painstakingly analyzing where each song should go in relation to the one that came before it, these playlists are designed to be heard on shuffle and largely consist of music I’ve never heard before. It’s liberating.

This year, however, the act of gathering and ordering music into a cohesive unit has taken on renewed importance. Back during the first wave of the pandemic, when things felt overwhelming, like everything was on the verge of spinning out of control, I put together a playlist of some of the prettiest, most optimistic, stabilizing music I could find. I called it First Wave and it ebbs and flows between Ethiopian piano ballads, British pastoral folk and Japanese/German “electronic fog” music. It helped then and continues to be a source of comfort even if I have had to supplement it with a Second Wave playlist to combat this winter’s rising numbers.

When Jason Anderson, a Fredericton-based singer-songwriter, saw months upon months of tour plans cancelled in the wake of the pandemic, he turned to playlists as a source of stability.

“Music has always been a foundational backdrop to my life,” he says, “and that’s been rendered even more so in the last year. In our house, we now have official playlists for cooking, for exercise, for art projects, for our daily Scrabble match. There’s something comforting about the sequencing, the arc, the world of comfort, calm, and, often, catharsis that’s created by simply pushing play.”

Filmmaker and former DJ Mark Slutsky has also turned to the creation of playlists for comfort this year.

“They help me make some order in the world,” he says. “Back when I didn’t even know what day it was, for example, I made a playlist that was all songs with the day of the week in the title, Manic Monday to Sunday Bloody Sunday, that kind of thing. It ended, obviously, with Tomorrow from Annie. What I’ve discovered is that every time I make a thematic playlist like that, whether it’s all songs by musicians about other musicians or B-sides that outshone their A-sides, it just rips.”

This desire to order our music, especially during trying times, comes from a fundamental place according to Jennifer Buchanan, executive director of the Canadian Association of Music Therapists.

“COVID brought forth a way for us to curate what’s important to us and what we value,” she says. “The act of building a playlist can bring forth some new elements of what music means to you that you haven’t even considered yet. We all know music is very personal and we also know music can do things for us. It can give us that hug when we need it the most and the more personalized we can make the more meaningful it becomes.”

Lexis, a Montreal-based DJ and founder of the music website and collective Music Is My Sanctuary, has turned his love of playlists into a career.

“I see building playlists, making mixtapes, DJing as all part of the same ecosystem. It’s about making junctions and connecting songs and universes that weren’t connected before. It’s nice to think that maybe you were the only person to make that story,” he says. “Any algorithm can make a playlist of the recent Indy Café Cool or Rap Caviar Bangers, and that to me doesn’t have any magic, but when you think of making a playlist specifically for someone, instantly it has a sort of magic to it.”

I recently started building a new playlist that I can’t wait to finish. I’m calling it Vector and it’s meant to be played on the day I get vaccinated. It’s still a work in progress, but I already know the opening track: the Edwin Hawkins Singers arrangement of that great 18th-century hymn Oh Happy Day. 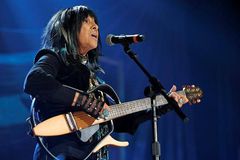 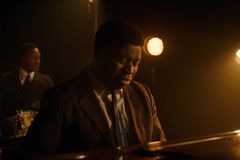 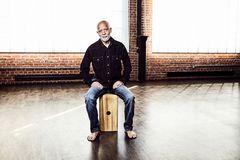