For more than a century and a half, Canadians have been leaving small towns and rural communities for jobs in the big smoke. Over the years this so-called brain drain has led to the creation of a stereotype: Living and working in a cosmopolitan urban centre is a measure of success and sophistication; those who don’t lack the wherewithal to get out. But that dichotomy is getting old.

The growing cost of housing and interminable commutes are leading some to trade city life for the mountains, the seaside, towns and country roads. Some don’t even see it as a compromise. To them, a simpler life is a successful life and they are redefining what it means to live in rural Canada. They are rural by choice. Five of them explain to The Globe and Mail how they made the switch.

Seven years ago, Byran Picard moved to the hinterland of Nova Scotia, to Cape Breton Island from Montreal, with the idea to open a Nordic-style destination restaurant.

He had cultivated his cooking prowess at Michelin-starred Kadeau in Copenhagen, Daniel Berlin in Sweden and various high-stress kitchens in Montreal’s fine-dining restaurants. But after years of living in fast-paced cities, he missed the quiet he grew up with in the rural community of Saint-Hilaire, in northern New Brunswick.

He brought his culinary vision to the hills above the village of Baddeck, N.S., where he found a century-old farmhouse that used to double as a post office. His goal was to “just to do good food” in the sprawling property’s modest kitchen with a four-burner stove.

Six years later, it’s nearly impossible to get one of the 12 seats (16 in summer) at The Bite House. Once a year he takes reservations for the prix fixe menu with nine courses; it fills for the year in less than two minutes.

“It’s just amazing,” he says, adding that support from the locals who book up 70 per cent of the seats made him realize he’d made the right choice.

To him, living here feels like home. It also helps that his family has joined him: His father, Moe Picard, is his “right-hand man,” the sourdough bread maker and gardener, while his girlfriend, Marie Isabelle Whitty Lampron, a fashion designer who has a sewing studio on the property, serves.

The day Emily Beach’s boss announced he was opening a satellite office in the southern interior of B.C., she raised her hand. She was working as a program architect in Vancouver and a chance to move to a small city such as Nelson, B.C., was just the lifestyle change she was looking for.

Living in Vancouver, she would spend two hours daily commuting to work. Now it takes all of 60 seconds to bike the four blocks downhill to work in a heritage brick building owned by Traction on Demand, the international tech company she works for.

“All that time I would’ve spent in the city commuting, I’m spending playing outside, just hanging out on my mountain bike exploring, going for a hike or kayaking on the water,” the 35-year-old self-described adrenaline junkie says.

The result is less stress and she feels a greater sense of community from little things such as grocery store cashiers knowing her name or when people stop to say hello on the street. The possibility of owning a home is actually within her sights now, too, something that wasn’t a prospect in the city.

Now as she wakes up to panoramic views of the mountains and the iconic Big Orange Bridge from her apartment, she is a more relaxed person. “It definitely puts me in a really positive headspace.”

Sunshine Chen used to envision his life as an urbanite, building skyscrapers for a living.

Then the trained architect began to gravitate toward creating spaces that improved people’s well-being. A visit to the Banff Centre for the Arts a few years ago helped him realize it’s important to actually live in a place that improved his well-being.

“It all made sense to me: rock, sky, mountain, water,” the 47-year-old says. “I grew up in a conservative immigrant Chinese family and in many ways I learned or was taught to be afraid of the outdoors.”

Three months later, he sold his five-bedroom century-old home in Ontario and he and his partner bought a tiny condo with a mountain view in Canmore, Alta., the base from where he now works and travels as a freelance videographer.

“Life is becoming less and less of a struggle and more and more of an adventure,” he says adding that he’s lost 20 pounds from leading a more active lifestyle. As a type-2 diabetic, his health has greatly improved.

Now, instead of going to cafés and shopping for new gadgets in his spare time, he walks his dogs, goes for a bike ride or a paddle in a lake.

And just as the locals do, for the first time in his life, he’s even starting to get excited about winter. “It's a whole different world with all sort of ways to nourish different parts of myself that I had no idea existed until I moved here.”

Living in Montreal and Toronto, Dani Ortman had to work a full-time job just to get by while her real talent, weaving, took a backseat. Affording a studio was completely out of the question.

But in 2013, after looking into ways she could devote herself to her craft, an opportunity to move temporarily to Manitoulin Island in Northern Ontario came up. Seven years later, she’s still there.

“It feels right,” the Regina native says. “I’ve experienced bigger cities all over the world and lived in places all across Canada. There’s something about Manitoulin Island that’s different: I like that it’s off the beaten path, somewhat hard to get to, and not overwhelmed by development.”

Her brand, Handwoven by Dani Ortman, has come to life on the island in Lake Huron. She has the space for several looms in a sun-flooded, open-concept home where the cost of living is drastically lower than in the city. She creates scarves that no machine could ever make, weaving hand-dyed cotton, silk and linen into intricate geometric designs that she describes as her first language. Living here gives her the freedom to speak it.

A grant from the Ontario Arts Council for northern artists has also made it possible for her to survive while advancing her studies.

The small market within her own community is perhaps the biggest tradeoff, she says, but that hasn’t limited her. Custom orders come in by e-mail from all over the world and when she travels to Toronto to market her scarves at the One of a Kind show, she always returns to the island empty-handed.

In a tiny kitchen inside an old church hall near Peggy’s Cove, N.S., Kate Melvin stirs a bubbling pot of cream and sugar as waves from the Atlantic Ocean pound granite rocks in the distance.

About five years ago, she and her husband, a carpenter from the area, bought a fixer-upper on a whim in the seaside village of Hacketts Cove. Melvin had finished studying graphic design and how to be a pastry chef in the city of Halifax, and was ready for a change. Still in her 20s, she says her friends thought she was crazy to move to a place where there was “nothing to do.”

She got a job as a pastry chef at a local fine-dining restaurant, and on the side, started making Lure sea-salted caramels, named after the memory of the mackerel lures her late father had taught her to tie as a child.

The timing was good. Suddenly, handmade artisanal salted caramels were the new saltwater taffy and wholesale customers began to demand larger and larger orders. Last January, she quit her day job to make caramels full time in the old church hall, where the rent came cheap.

As the business grew, life became less complicated. She spends her days listening to podcasts, dipping, wrapping and boxing caramels as the wind blows outside. Her mother arrives to help out once a week.

“There’s just something so peaceful about living out here and waking up and going on the front deck for a coffee and not seeing anyone for the first three hours,” she says.

Offers came to grow the company, but Melvin, true to her love of serenity, said no. She wants to stay small, albeit slightly off the radar, in the tiny kitchen on the side of a seaside rural road, where, on most days, no one but her whiffs the toasty smell of caramel wafting out the church hall door.

Fast furniture doesn’t have the same poor reputation as fast fashion, but it should
June 8, 2020 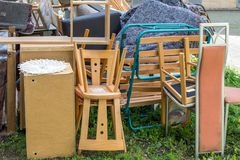 We’re all video gamers now: How virtual farming and e-sports allow us to be social
May 1, 2020 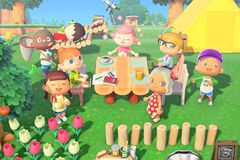 What you really need is a room edit, not a reno
Subscriber content
April 23, 2020 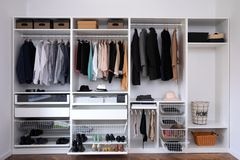