The cost of heating our homes is on the rise, with the Canada Energy Regulator reporting electricity rates are increasing faster than inflation. Crown corporations such as BC Hydro are predicting rate increases of more than 6 per cent over the next five years. This, coupled with climate-crisis conversations and the resulting spotlight on greenhouse-gas emissions, is fuelling an interest in more energy-efficient homes.

The answer to some of these challenges may lie in the Passive House (or PassivHaus) design model that’s come out of Germany over the past three decades, a standard based on research by Canadian builders in Saskatchewan in the 1970s.

"Passive Houses are designed to be air-tight and well insulated with minimal or no need for conventional heating or cooling systems,” Green says. Because they pair solar energy with proper building orientation, landscaping and high-performance window placement, the dwellings require extremely low levels of energy to heat and cool, resulting in lower operating costs and greenhouse gas emissions. Green estimates energy savings of up to 90 per cent can be found in Passive House design.

Green’s firm recently completed a Passive House Plus project in North Vancouver, a retrofit of an early 1900s home that involved insulating the home to a much higher degree than a standard home, with triple-glazed windows and doors.

David Roberts is owner of the Passive House Plus that Green’s firm finished last year. He says he and his wife feel like they’re doing the right thing for the planet in going this route, and are enjoying a higher quality of life. “Living in a Passive House is just more comfortable than even a well-built modern home. Having an airtight building envelope, super-insulated walls, floor, roof, doors and windows, and gentle filtered ventilation mean there’s no drafts or cold spots – even next to windows – and the air is cleaner. Mechanical systems have less work to do so they’re smaller and quieter. It’s simply a better way to live,” he says, adding that their electrical bill last year was $660.

There are other benefits to passive homes. Tessa Smith is one of the principals at architecture and design firm the Artisans Group in Washington State, which has designed more than 40 passive homes and built more than 20. She says the buildings are low maintenance, and that people report sleeping better in them, having their allergies clear up and never needing to wear socks or sweaters indoors, because they find the temperature so comfortable.

Smith notes that while these homes are about 5 per cent to 10 per cent more expensive to build than traditional homes because of the attention to detail and the high-quality materials, the energy upgrades usually pay themselves off in five to 10 years.

In cities such as Vancouver, thousands of residences are being built according to Passive House standards, says Rob Bernhardt, chief executive of Passive House Canada, a non-profit association advocating for Passive House building standards. The city of Vancouver has been a leader for some time, Bernhardt says, and the province of B.C. is known as a national leader when it comes to building passive homes. Toronto is also making moves in this direction, he says, with the Toronto Green Standard, and the city of Saskatoon is adopting Passive House standards in its climate leadership plan.

There do appear to be some stumbling blocks, however, for many residents.

"The PassiveHouse movement, as much as I respect it, and as beautiful as the ideal is, it turns a lot of people off because it is really extreme,” says PassiveHouse builder Ian MacFayden, and chief operating officer of Hummingbirdhill Homes + Construction, based in Oakville, Ont. “You need an entire team. You need a consultant that’s certified as a PassiveHouse consultant to run energy modelling [software] and it becomes a very difficult standard to hit.”

MacFayden thinks that if people instead take some of the key concepts from the PassiveHouse approach, such as air tightness, and increased insulation, but don’t worry too much about achieving certification, then these energy savings could penetrate the mass market much more quickly. “If you pare it back just a little bit and take some of the key approaches, you’ll end up with an incredibly well-built home,” he says. 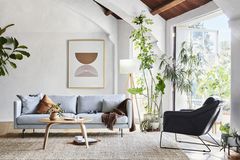 A good soak: Why luxurious baths tap into our collective need for indulgence
Subscriber content
November 23, 2019 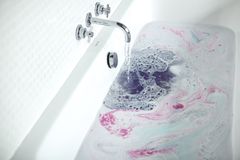 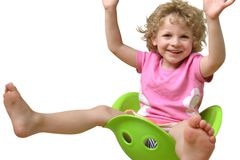