Royal Bank of Canada's Waterscape Garden is hedged in hawthorn, shadowed by alders, crawling with ferns and dotted with crocus, iris and anemone. It's the size of a suburban bungalow but seems larger, like an idyll seen through the eyes of a film director, such as Sofia Coppola or Lars von Trier – a wonder to walk through, but not overtly so: Wow factor with a small "w."

This green space has a more sober mission than delighting with bold colours and gestures. Under the surface, it is working hard. The Waterscape Garden is part of the Blue Water Project, the bank's long-running charitable endeavour to help preserve clean water and promote responsible use and management. On May 20, RBC will unveil it at the Chelsea Garden Show in London as a model of what can happen when gardeners put their mind to tackling that growing threat: stormwater runoff.

The Venetians are drowning in stormwater. The Dutch are barely keeping their heads above it. If it doesn't exactly make front-page news in Canada, it could soon. Each new road, property development, factory or airport creates a fresh obstacle for rain or melted snow returning to the earth. Instead, the runoff is forced into lakes and rivers and mucks up our drinking water with chemicals, salt and pollutants. The increased and accelerated water flow causes riverbanks to erode, which wreaks havoc on animal – and human – habitats.

According to a recent Canadian Water Attitude Study, more than 3.5 million Canadians were affected by extreme weather events last year. Yet, only 23 per cent worry about droughts or flooding and only 9 per cent have implemented precautionary measures to protect their property. More than half of all Canadians have impermeable paved driveways that exacerbate the problem. Meanwhile, beneath them, in cities such Toronto, archaic sewers are unequipped for stormwater management.

Word is getting out. The City of Vancouver has begun to pave streets with absorbent materials, bordered by greenbelt to filter rain back into streams and ponds. Crown Street, on the West Side, was deemed Canada's first environmentally friendly street when it was reconstructed 10 years ago from permeable material and edged with retention ponds. Sackville, N.B., recently piloted a rain-garden project with financing from the Environmental Trust Fund.

And two summers ago Sherbourne Common in Toronto was launched with an epic design by landscape architects Phillips Farevaag Smallenberg that incorporated water sculptures by Jill Anholt and an entire stormwater-treatment facility in the fabric. RBC looked to thriving young British landscaper Hugo Bugg to design its show garden, mandating a raft of practical water-management solutions that bring the issue to life. The result is flexible enough to deal with conditions from drought to floods but avoids the clunky apparatus you might associate with a water-management system. To achieve it, the 27-year-old devised a layered scheme that conceals the ugly bits and provides visual depth while mimicking natural watershed.

On the surface are geometric beds made from permeable material designed to withstand the pressure of falling water. Those beds capture stormwater runoff and channel it into a filtration bed, which cleans grimy water from roads and roofs before letting it into the ground.

If that overflows, Bugg says, excess water goes into retention pools, like pretty reservoirs that can be tapped during the dry months. Two more layers below that cope with more overflow, and a large depression in the ground contains marginal plants, such as grasses and irises, which handle flooding well.

"The idea," he says, "is that when the first three layers fill with water, the depression can receive the extra runoff." The overall flow ensures that each layer is flooded for a shorter time.

The system mimics the natural depressions and native vegetation that should intercept rainfall but are being lost with the proliferation of impervious roads and rooftops. "Urban populations are on the increase dramatically, and that means more hardscaping, more development work, more pressure on urban drain systems," Bugg says. "Our garden looks at how we deal with water in an urban environment, how we can minimize stormwater and flash flooding."

The RBC's brief was inundated with sustainable catchwords: urban cooling, flood prevention, water retention, biodiversity. Bugg's design ticks them all off while appearing not to. Yet, he alludes to them symbolically. He has constructed hexagonal beds to represent the iris, which has three primary and three secondary petals. And, he has incorporated five pentagonal features, in reference to the five-sided shape of the water molecule. The result has edgy contours that recall cracked earth, a consequence of drought.

In Ontario, stormwater management has officially been on the government agenda since the 1990s. But Mark Schollen, an award-winning landscape architect whose practice Schollen & Co. is based in Richmond Hill, Ont., argues it still hasn't found its rhythm.

Recently, Schollen worked with Mississauga on stormwater planters that take runoff from the adjacent road and filters it through a special bioretention soil to a medley of plants. "Instead of using the previous technique, which was to run a sewer pipe into a pond and treat the water there, we're now working on low-impact developments that allow water to get back into the soil and treat it as close to source as possible," he says. The planters have seen, he says, "zero runoff."

In Toronto's Riverdale neighbourhood, Schollen piloted a scheme to build "rain gardens" on 12 residential properties, each with a downspout that channels rain into the ground. The gardens are built on sandy, permeable soil and planted with rain-tolerant ground cover. That project has whetted local appetites for more.

But the most attention has gone to his design for the Honda Canada Campus in Markham, Ont. That scheme manages runoff from a 1,000-car parking lot and roofs that cover half a million square feet. It's the largest of its type to rely solely on landscape-based stormwater-management techniques, including a system of gravel-filled trenches that attenuate the water flow into the soil. The cleaner runoff from the roofs goes into storage tanks to irrigate the gardens. "That system is relatively complex because of the controls that regulate the water flow," says Schollen, "but it benefits from the trees and shrubs, which transpire water from the ground. Transpiration plus filtration."

That's not to say we can't all learn from the grander schemes. Schollen has installed a permeable-pavement driveway at home to do his part. "The water lands on the driveway, goes into a stone mantel below ground. When that system overflows, it connects to a filtration system in the front yard." Permeable precast pavers cost about $120 a square metre. Schollen also advocates putting aside another $500 for sub drains and a deeper granular base to enhance filtration.

How much of a difference can a 100-square-foot driveway truly make? "On an individual lot basis, the benefits are limited," he admits, "but by multiplying it, the benefits are significant. Say there are 400 homes in an area – if we can convince 50 to get a permeable drive, the net impact on water discharge from that area will be significant."

Taking a holistic view, he also suggests scaling back on large tracts of lawn, which need fertilizers and irrigation systems to survive, and embracing the trend toward native plants. Also, paying attention to the soil mix in planting beds: "In the past, you'd just dig up the dirt and put in your plants," says Schollen. "But now if you want a garden to function and sustain growth, you need more sand and less organic matter – you're trying to maximize the pore space."

It all sounds highly technical, but as Bugg's Chelsea garden proves, it doesn't have to look that way. "A water-efficient garden can also be beautiful," he says. "It doesn't have to jeopardize the aesthetics."

Why you should add this plant to your spring garden
May 11, 2018 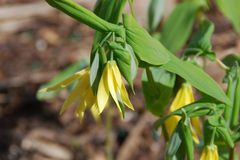 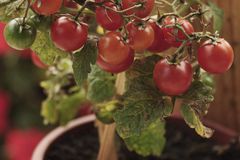 How to properly water your garden and get below the roots
June 19, 2017
Follow us on Twitter @globeandmail Opens in a new window
Report an error Editorial code of conduct
Due to technical reasons, we have temporarily removed commenting from our articles. We hope to have this fixed soon. Thank you for your patience. If you are looking to give feedback on our new site, please send it along to feedback@globeandmail.com. If you want to write a letter to the editor, please forward to letters@globeandmail.com.
Comments