From storage areas hidden away in unexpected places to condominiums that can adapt to multiple lifestyles, designers and architects are finding innovative ways to make the most of the spaces in which we live.

We asked three forward-thinking designers and architects to name the top home-design trends to expect in 2013. Here, they explain their predictions.

This award-winning designer is known for his clean, modern style and for turning tiny spaces into impressive, beautiful dwellings. His honours include Western Living magazine's 2010 Arthur Erickson Memorial Award for an emerging architect or designer.

Storage: When every inch of space counts, storage is a big problem. But that also forces a lot of creativity. We're doing really quirky stuff now, where we raise storage space off the floor and then have a window underneath it. By making the storage areas jut out of the building, they actually create some shade and overhang for the window. These can be very good-sized closets; they just aren't conventional since they don't go down to the floor.

We're trying to move past merely putting storage space beneath the stairs and trying to put it in all kinds of spots that previously were useless or underused. Like above your head, where no one's tall enough to hit their head on it.

Renovations: The cost of building a brand-new house is beyond a lot of people's reach, whereas a medium-scale renovation is within their means. But increasingly, people don't want to obliterate the house they're renovating, so they retain a real sense of the home's history, even if it's only 20 or 30 years old. For instance, there's still a flavour of the Vancouver Special (a style prolific between the early 1960s to mid-eighties) that we're renovating, or the bungalow in Toronto that we just finished. It's not such an overwhelmingly extensive reno that we're erasing the old house.

Courtyards: The generic, stereotypical yard isn't working for a lot people, since in many urban areas, you'll have backyards where all your neighbours can stare in. So we're creating a lot of courtyards or courtyard feels by building an accessory building or laneway house quite close to the house so that it actually creates a courtyard between the two. This idea is borrowed from much denser cities, like in Japan or in Europe. People are happy enough to forgo the yard to create a courtyard garden.

Javidi is a registered architect whose firm prides itself on breaking from traditional boundaries of design. In Toronto, the chic, eye-catching residential Offset House, a collaborative project between Ja Architecture Studio and ARTA Design Build, has captured the attention of trend-setting design blogs and publications.

Style: What I'm hoping is that people will be more willing to go for contemporary homes – homes that are not replicates of others built in another era, but that try to address new questions in architecture, such as how to appreciate the qualitative aspects of a space instead of its size. They don't always relate to the past. They can be more forward-looking or just different, without needing any excuse to be different. (Think Frank Gehry.)

I think there are some changes in the market happening right now, judging from what we're seeing on the streets and the number of contemporary homes being built. But there is still a struggle for widespread acceptance of contemporary homes and I don't think it's an easy one. Right now the battle tends to be between pitched roofs, which represent history and neighbourhoods, and flat roofs, which represent progression and modernism. When people refer to communities or mixing with the fabric of the neighbourhood, they usually think of houses with pitched roofs. And they usually associate modern homes with boxes.

But the actual struggle between old and new goes beyond that. The more interesting aspects of contemporary design deal with the space, not merely the flatness of the roof. The modern movement creates different types of spaces in similar scales that are very different in terms of openness, in terms of light and in terms of feel.

In Toronto, for instance, many good neighbourhoods have really narrow lots. Yet in those narrow lots, you can create modern homes that are very narrow, that relate to the street and the urban scape, and are quite pleasant to the eye. I think it takes some skills from the architects' side to create contemporary homes that are cozy and warm and that people can relate to, and also some willingness from the public to see new things and accept them.

Lang is an acclaimed architect and designer who focuses on innovative, sustainable designs that address urban density. His firm has won numerous awards, including the 2008 Governor-General's Medal in Architecture for its ROAR_one project on Vancouver's West 10th Avenue.

Adaptability: In Canada we have a lot of different demographics, different family groups, from single to multigenerational, living under one roof. And as we go through changes in life, and as we become more interested in increasing urban densification, we need to come back with answers in which condominiums do not just have one lifestyle or layout in mind, but are highly adaptable to meet various demands.

Instead of designing for one lifestyle, we use a scenario-planning approach and design for 10 different lifestyles for one condominium and see where commonalities crystallize. In a way, it's all about liberating the building from constraints, which has a lot to do with the placement of walls and columns, plumbing installations and shafts and so forth. When these end up in the middle of the apartment, you can't live in an open-concept place. But if you have an open-concept plan, then it can be very easy to divide into smaller compartments or rooms.

With this approach, there's not just one way you can place your furniture. The typical problem we've identified is that most urban homes are single directional. When people move in, it's sort of obvious: Your TV goes here, your dining table goes there. But with a flexible, multidirectional design, there are possibilities to reorganize and reorient the space as your life changes.

Prefabrication: A number of things make it compelling to prefabricate modules or components of a building that can be assembled at the site. In a controlled, factory environment, you have a lot less waste, in terms of material and labour. You don't have to drive workers across whole metropolitan areas. Second, you can produce a much higher-quality building. For instance, imagine being harnessed to the sixth floor of a building in bad weather and you have to bolt something together. The quality of the workmanship is just not the same as if you were on a factory floor and you have all the precision tools at hand. You get much more accurate construction, which has a big impact on the longevity of the building.

And prefabrication allows for parallel construction. So while you're getting part of the site ready, like the basement and elevator shafts, you're also building the components in a factory and can therefore cut 30 to 50 per cent out of your construction schedule.

For us, prefabrication doesn't mean putting people into boxes. Rather, we can use prefabricated modules as spatial systems that liberate the possibility of space-making.

Architecture goes to the dogs – with posh results
December 5, 2012 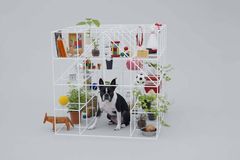 Lottery dream homes: What you really get when you win
October 24, 2012 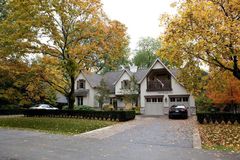 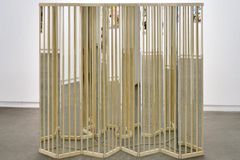