Weighing in at 23 homes on two curving streets, this bouncing architectural wonder from the 1960s, Briarcliffe, is now a Heritage Conservation District and, fittingly, it's in our nation's capital, Ottawa.

By all accounts, it was a relatively painless birth.

Or make that rebirth, since the story of Briarcliffe begins in July 1959, when a group of four forward-thinking professionals – which included architect Walter Schreier – formed a partnership and purchased a wild, rocky, eight-hectare parcel of land northeast of downtown in the established Rothwell Heights neighbourhood. The group's plan for a covenant-protected, Modernist enclave that respected the forested landscape proved so popular, the group grew, eventually, to 18 members, many employed at the nearby National Research Council or the headquarters of the Canada Mortgage and Housing Corporation.

By 1961, construction had begun, and by 1969 both Kindle Court and Briarcliffe Drive were complete. While homes ranged from sleek, flat-roofed Miesian boxes and Modernist interpretations of the ranch style, to architect James Strutt's experimental hyperbolic paraboloid roofed home, the covenant ensured there was a cohesiveness: generous setbacks on the half-acre lots meant many homes were, literally, in the forest rather than at the road; ground-hugging profiles enhanced harmony with nature; and the materials palette was limited to painted concrete block, wood, brick and stone and, as noted in a 1960 "Preamble" to the covenant, homes would avoid "unnecessary ornateness or any imitative styles on colonial or classical lines."

With few homes changing hands, Briarcliffe hummed along effortlessly throughout the 1970s and 80s and, more importantly, fell under the radar during the McMansion-happy 1990s and 2000s. So, when Toronto artists/designers Danielle Jones and James Laish first came to view the neighbourhood (after reading about it in Globe Real Estate in 2006) with thoughts of relocation, it was as if they'd stepped out of a time machine.

It was after the couple successfully purchased the Butler residence in 2009 (from the Butler family) that a neighbourhood-wide conversation about preservation began. While Ms. Jones and Mr. Laish were doing the right thing by meticulously restoring the Brian Barkham-designed home (while subtly nudging it into the twenty-first century with better insulation, new mechanicals and a radiant-heated floor on the lower level), what, everyone wondered, would have happened had less sensitive newbies come barging in? What if a developer had plunked down four gargoyle-encrusted townhomes? Were the covenants still enforceable over 40 years later?

"No one was aware of the existence of a [Heritage Conservation] District designation, including myself," admits Ms. Jones. "I knew that individual houses could be designated, as did other people in the neighbourhood." It was when looking into possible protection for the trees that HCDs were discovered, so the Ontario government "toolkit" was ordered and distributed to residents. Since no other homes were for sale, there was "no imminent rush," she says: "Everyone thought about it, digested it [and] it was discussed occasionally."

By late summer 2010, discussions morphed into an application letter to the City of Ottawa. Soon after, heritage planner Lesley Collins was assigned to the case and a preliminary study was carried out using a workforce of Carlton University masters students led by Professor Victoria Angel. With four original residents still living in Briarcliffe, gathering primary research was an easy task.

The formation of a Heritage Conservation District, however, is not easy. It can take years to move through the approvals process, it requires hours of volunteer work and a collective vision when drafting the final plan, which includes guidelines that spell out what residents can and cannot do to their homes. To complicate matters further, in this case there was no template to follow for the conservation of Mid-century modern architecture. "Some of the original residents asked: 'Are you sure this neighbourhood warrants designation?'" remembers Mr. Laish, "because for those people this was 'the Normal,' this is what a neighbourhood looks like."

When letters of support began to pour in from heritage professionals – the kind who deal more often with carved gargoyles than spandrel panels – that question was answered. "The heritage community in Ottawa has jumped onto this Modernist heritage thing," confirms Ms. Jones, "they've been extremely supportive."

In January 2013, Briarcliffe's 22 households (there is one unoccupied home) reviewed the final draft of the HCD plan and all signed their names to a petition of support. It was passed by city council on February 27, 2013. Interestingly, during the research process, it was discovered the original covenants had indeed expired, so, in essence, the HCD picks up where those left off. Now, items as small as muntin bars in windows or as large as gabled roofs are prohibited, and "voids created by the original building" as well as the natural ones full of trees and rocks are fully protected.

In a recent letter praising Briarcliffe as a "classic and intact example" of the "innovative planning and experimental architectural approaches" of the postwar period, the Royal Architectural Institute of Canada wrote: "Future generations will be thankful for the creation of the Briarcliffe Heritage Conservation District."

You can read the official City of Ottawa heritage study on Briarcliffe at: http://tinyurl.com/ath2xb2 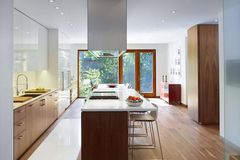 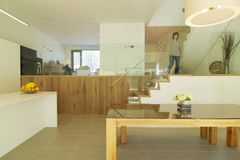 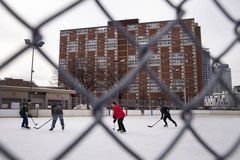