"We no longer look at housing as a problem. It is the solution." That was the message that Member of Parliament Adam Vaughan brought to a recent public forum on affordable housing. And that change of perspective is welcome.

After decades of more or less ignoring this pressing social need, the federal government is poised to enact a new strategy on housing – and it will line up with a new law in Ontario, announced this week, that will allow municipalities to demand affordable housing from developers. This represents an opportunity to transform the lives of many citizens and, broadly, our cities. Vaughan signalled that the Liberal campaign promise of nearly $20-billion over 10 years for "social infrastructure" will help fund housing.

It has been two decades since Ottawa washed its hands of affordable housing, and Ontario has seen both the most acute need and a lack of local action. According to the Canadian Housing and Renewal Association, there are more than 130,000 households on waiting lists for social housing across the country; about 90,000, or more than 160,000 people, are in Toronto alone.

The event at which Vaughan was speaking, and which I was moderating, at the Miles Nadal JCC in Toronto, translated that math into human terms. Vaughan – the pugnacious former Toronto city councillor who went to Ottawa pursuing a new agenda for urban Canada – was speaking to a group of housing advocates, municipal officials and accessibility activists.

They, echoing colleagues across the country, brought two forceful arguments: Affordable housing is acutely important for people with disabilities, and their needs have not been met.

Those needs are varied. There is physical accessibility to allow, for instance, people who use wheelchairs. There is the need to house those with mental-health disabilities. And then, there is supportive housing, to provide shelter and services for people with developmental disabilities.

Each of those populations is poorly served by public-housing agencies. Instead, they cope with a patchwork of government agencies, private non-profits and real estate developers – funded by, typically, an even split between the federal, provincial and municipal governments. And each individual project faces a labyrinth of bureaucratic challenges.

Remo Agostino, vice-president the development company Daniels, explained that the funding formulas for affordable housing simply don't account for the fact that accessible apartments need to be built with wider hallways, accessible washrooms and custom cabinetry, among other things. This costs money.

Yet, the goal of integrating disabled people into the larger community serves their needs. "If you're disabled, and you're poor, you should be central to the city," said another panelist, the academic and activist Jijian Voronka. "We need to be where services are and where community is.

"The 'beautification' of some neighbourhoods is at the expense of moving some people out, and that's often disabled people."

The forum also heard from Bryan Keshen, the CEO of Reena, an organization that provides support services to children and adults with developmental disabilities: his group had become developers to create an apartment building with supports. "Nobody else was going to do it," he said. And some neighbours, in the suburban city of Vaughan, initially were not welcoming to what they perceived as an institution: "There's a disconnect between what people say," he explained, "and their actual willingness to live with people with disabilities."

Reena serves people who have developmental disabilities. They need some degree of support to function in their daily lives – and benefit from a supportive environment. "I know that whenever we're not the property manager, people get treated terribly … That's why we get involved in building. I don't think anyone else in planning housing even gets to that part of the population."

Nancy Singer, executive director of the agency Kehilla, which collaborated on developing that project, commented that this single building took 10 years to plan and develop. "And it houses 84 people!" she exclaimed. "It took a remarkably long time to do, and there is still more need."

Singer said that people 18 to 34 with developmental disabilities are particularly underhoused. "Many are lucky enough to still be living with their parents. But is that appropriate? We really have to start looking at innovative and different housing models that serve everyone. I hope the funding that comes down won't keep us in the box."

Vaughan said that the federal budget, expected next week, is geared to just that sort of flexibility. "We need to make sure the federal money is conditioned for the full range of people's needs. We have to be fast, we have to be fair and we have to be flexible. We cannot allow constitutional roadblocks to lead to inaction."

What does this mean for urbanism? It is an opportunity not just to improve the lives of underhoused people and to spur economic growth, but also to remove barriers between social housing and market-rate housing. There are models of social inclusion in terms of income: the high-profile Woodward's redevelopment on Vancouver's Downtown Eastside, which was completed in 2011, and the three major initiatives to remake Toronto Community Housing properties into mixed-income neighbourhoods in Lawrence Heights, Alexandra Park and the largely complete, and highly successful, Regent Park.

But while those efforts are aimed to bring about social change, they have limits. Daniels, a private development company that displays a strong social conscience, has partnered with the city of Toronto on Regent Park; that area will eventually include 2,083 social-housing units and about 5,400 market-rate apartments. Agostino has led those efforts.

But at the MNJCC forum, a member of the audience asked him: How many of those 5,400 units are designed for people with any sort of disabilities? The answer is none. That's because somebody has to pay the bill for the space and services that people need. Hopefully, that will start now – spurring an era of construction, design innovation and community-building. 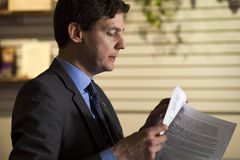 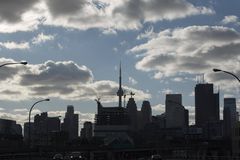 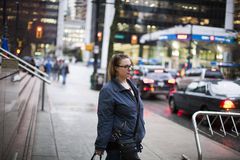