Despite the cheerleading you've become accustomed to seeing in this column – I like to think of "The Architourist" as the Elwy Yost of Modernist architecture – we continue to sit at a crossroads. Choices we make in the next few years about who runs our city, how much power the Ontario Municipal Board can wield, how we use the amendments to the Ontario Heritage Act, which buildings we rally to save, and which we ignore, will tell our grandchildren much about who we were.

The Modernist buildings built between 1945 and 1975 are now at the same point in their lifespan as the Victorian and Edwardian buildings they replaced, which means their owners are, right now, deciding their fate. The former Riverdale hospital at Gerrard Street East and Broadview Avenue, known to many as the "half-round," is coming down; the loss of Peter Dickinson's Inn on the Park and John C. Parkin's Bata Shoe headquarters still stings for some.

Every day, owners of small office or apartment buildings decide to "remuddle" by changing details that seem insignificant – a light fixture, an open-concept plan, a tiled wall – but, in so doing, destroy the very things that make their properties Modern (remember, Modernism is light on ornament, so removal/replacement of anything, no matter how small, can make a huge impact). Some postwar neighbourhoods are entering their third decade of McMansionization; soon, many won't have enough originality left to bother pursuing a Heritage Conservation District designation.

Over the past few years, however, there have been encouraging signs. As reported in this space in 2010, new owners of the 1957 Imperial Oil headquarters at 111 St. Clair Ave. W., Camrost-Felcorp, successfully marketed their new condo as "mid-century modern" without frightening off well-heeled Forest Hill buyers; earlier this year in Ottawa, Canada's very first Modernist HCD was created in Briarcliffe (also reported here).

Groups such as the Toronto Society of Architects, Heritage Toronto, the Architectural Conservancy of Ontario, the Ontario Association of Architects and Parks Canada have all advocated for the preservation of Modernism. The problem, however, is that these groups often have dreams much bigger than their budgets.

What this fight needs, then, is a major global player with deep pockets.

In 2006, Modern furniture pioneer Knoll teamed up with the World Monuments Fund for the "Modernism at Risk" initiative. Pledging to take a "more active role" in "advocacy, conservation, and public education," this power-duo has produced real results. When a 1954 public library by Marcel Breuer in Grosse Point, Mich., was threatened with demolition and replacement in the mid-2000s, a group of young designers alerted the WMF, who placed it on a watch list. Eventually, the Modernism at Risk program helped fund research and studies that convinced library trustees to expand and reuse Breuer's building.

Even earlier than that, in 2002, Edward Durell Stone's 1939 house for A. Conger Goodyear on Long Island was placed on the watch list (as an aside, Toronto is graced with an Edward Stone building: First Canadian Place). A gorgeous, curvy, and very early example of the influence on American architects by European Modernists, the home was purchased with help from artist Frank Stella. The WMF rebuilt a few small portions of the home that had been demolished, then had it placed on the National Register of Historic Places. It was sold in 2005 to a "thoughtful steward."

Beginning in 2008, the Knoll/WMF initiative has awarded a biennial "Modernism Prize" to "an innovative architectural or design solution that has preserved or enhanced" a piece of significant Modernism. The first year, a little known Bauhaus-designed building located in what was then East Germany, the ADGB Trade Union School, took the prize. The Zonnestraal Sanatorium in the Netherlands won in 2010 and, in 2012, another school, the Hizuchi Elementary School on the island of Shikoku in Japan, was honoured.

Even better than awards, of course, is education. Since 2009, Modernism at Risk has taken the shape of a travelling exhibition that specifically targets design and architecture schools as venues.

Young minds, perhaps, are better equipped for the unique challenges of Modernist preservation (remember there was much experimentation with new materials during the postwar period, so the old ways of restoration don't apply), as well as already tuned with the style thanks to the success of television shows such as Mad Men. This youthful enthusiasm, then, will hopefully trickle up to older individuals in decision-making positions.

From Tuesday, Oct. 8 to Sunday, Oct. 13, the George Brown School of Design (230 Richmond St. E.) will host the Knoll/WMF Modernism at Risk exhibit. Unfortunately, none of the projects that will be on display sit on Canadian soil. Worse, a check of the WMF's online map (using their "Modernism" filter) also offers up a big zero.

Had someone alerted the WMF about Arthur Erickson's cascading 1963 David Graham house in Vancouver, Edmonton's 1963 green-brick Bank of Montreal building, the 1964 terminal at the Winnipeg airport, or even Ben's Delicatessen in Montreal (1950), we'd be able to visit them today.

Only we can give Modernism a voice; only we can use it to quiet the wrecking ball. 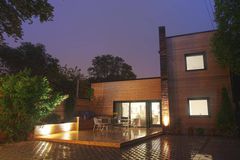 Peek inside the home of TV's Detective Murdoch
September 12, 2013 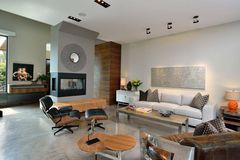 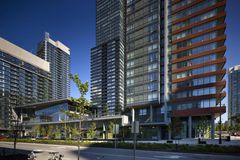