This spring, Toronto management consultant Ali Lila and his contractors will begin work on a residential project he and his wife have dreamed about for years – a four-bedroom house constructed to achieve ambitious energy efficiency goals using innovative technology and smart design. Lila, 43, also wants their new home to be socially and financially sustainable, suited to both an evolving family and rising hydro prices. He expects to move in by Christmas, 2017. A year later, he plans to take it off the grid.

Here's the twist: Lila isn't erecting this dream dwelling in a remote Northern Ontario locale, where you might expect to find an off-grid house. It's in North York, a built-up post-war Toronto suburb with plenty of high-rise developments. What's more, he's doing the whole thing with commercially available components that will only add 10 to 15 per cent to the capital cost – a relatively small investment that should be recovered within a few years due to marked decreases in monthly hydro, heating and cooling bills.

With the federal and provincial governments pressing to sharply improve Canada's emissions performance, stories such as Lila's should hold enormous resonance. While estimates vary, climate experts say that buildings account for about 20 to 30 per cent of all greenhouse gas emissions (the figure varies depending on the source of the electricity used to heat, cool and light buildings). Residential homes account for about half that amount, according to federal government estimates dating back to 2005.

There are opportunities to make huge strides by using a range of technologies and design approaches – everything from increasingly inexpensive solar panels to passive cooling techniques, such as the use of awnings or wider overhangs. But in most of North America, and even provinces such as Ontario, which has adopted comparatively ambitious carbon reduction strategies, decision-makers have neglected to take full advantage of a policy lever that has driven dramatic changes in the carbon footprint of Northern European nations: the building code.

In 2011 and 2012, changes to national building and energy codes developed by Ottawa and the National Research Council included new efficiency standards – but the guidelines are only recommendations and don't come into effect unless provinces update their own laws.

Alberta made changes in 2014, raising energy efficiency standards for the building envelope, heating and cooling systems, and water heaters. Ontario builders in recent years have been developing more Energy Star-certified single-family dwellings, an optional standard which is 20 per cent more efficient than what's specified by the code.

But Lila says Ontario's code, which is due to be updated next year, didn't provide sufficient guidance for his project. Despite all the political rhetoric about emissions reductions, if you want to build a really efficient home, you can't rely on the code – you need to hire specialists to design it.

Building codes date back to the post-war period, when government officials moved to require basic fire and structural safety standards from contractors amidst a historic surge of residential construction across North America. At the time, says Ted Kesik, a professor in the John H. Daniels Faculty of Architecture, Landscape and Design at the University of Toronto, "energy wasn't on the radar."

As early as 1961, Denmark became the first country to embed energy reduction principles in its building codes; the small Scandinavian nation, in fact, had rules dating to the 1930s geared at using floor and wall design to improve interior temperatures.

Subsequent energy studies on Danish buildings show that their performance has improved steadily as the code has been refined. Tougher codes, in effect, forced architects and engineers to innovate and put up durable homes that were less drafty, easier to heat and cheaper to maintain. Denmark today has homes encased in such formidable insulation that the heating costs are minimal.

The benefits aren't just environmental. Successive waves of tougher building code regulations have spawned research, development and investment in engineering-driven industries such as high-efficiency construction materials or furnaces. The Danish firm Rockwool pioneered a technique of transforming recycled stone and concrete into an insulation product known as Roxul – it generated 2015 revenues of $3.2-billion and will be in use in Lila's North York home.

Canada's homeowners, by contrast, have the third-highest per capita energy use in the world, evidence that we live in dwellings that leak heat from windows, roofs and walls.

Kesik, a building sciences expert, says Canadian building codes contain troublesome loopholes that allow developers, contractors and renovators to build what he describes as "high cholesterol" structures, especially high-rise apartment towers. He likens the codes to "a recipe [that's] not being followed. The dish tastes good, but it has no nutrition."

With little in Ontario's building code to guide him, Lila turned to architect Paul Dowsett, the principle of Sustainable.TO. Dowsett drew on energy-efficiency building techniques developed by Ryerson University and inspired by New Mexico architect Ed Mazria, whose "2030 Challenge" manifesto has summoned the design and building industry to scale back energy use in buildings to zero. (Architecture2030.org has become a clearinghouse of information – about standards, technologies and case studies – meant to direct designers and contractors who want create net zero buildings.)

When Dowsett's firm and contractor Chris Henderson of Modus Homes sat down to design Lila's off-grid house, they already had a clear sense of what Ontario codes prescribe. "We knew what all the low-hanging fruit was," says Lila, referring to standard requirements such as insulation, triple-pane windows and vapour barrier wrap products, such as Tyvek. "We wanted to go past that … and be able to stretch it to what was possible."

Roxul, in fact, figured in one such design choice. Instead of insulating only the interior walls, as the code prescribes, Henderson added an exterior layer of Roxul insulation, thus eliminating the typical conduits for heat loss – fasteners, aluminum studs, or other undetected breaches in the so-called "building envelope."

The cost to add the second layer on Lila's 3,000-square-foot house was about $12,000, which he expects to recoup within a few years due to reduced heating and cooling requirements.

The house will also be fitted out with photovoltaic solar panels, a roof-top solar water heater, LED lighting and a commercial-grade ventilation system that can be set to regulate temperatures in individual rooms.

The ground floor will be made from thick polished concrete, a large "thermal mass" that will also reduce his bills: the concrete absorbs heat or cold and then passively regulates overall temperature in the home. As a south-facing house, the design makes use of overhangs and natural light to further regulate interior temperatures. A sturdy, long-lasting metal roof should reduce the risk of leaks and can also support solar panels.

Lila will also install one of three new types of large-format "batteries" – either lithium ion, lead-acid or Tesla's new Powerwall – that can store solar energy from the roof for use at night or when the sun isn't shining. The heating and air-conditioning systems will be driven by electricity instead of gas. The cost of testing the three batteries and settling on one: about $12,000. With the average home's hydro bill expected to reach $190 per month within six years, such investments could pay for themselves in the same amount of time.

What's more, Lila says, the people who live in his home won't need a degree in mechanical engineering to figure out how to minimize its carbon footprint. "It's straightforward to operate, because 85 to 90 per cent of the efficiency improvements come from the building envelope.

"I think it will be a grand experiment," he says.

The selling point focuses on a big zero.

Earlier this month, Reid Homes, a residential builder based in Cambridge, Ont., put four super-energy-efficient dwellings up for sale in Guelph, Ont., all of them designed to use no more energy than they can produce from their rooftop solar panels.

The 2,500-square-foot family style houses, which begin at $506,000, are equipped with design, insulation and technology features that make them into so-called "net-zero" buildings. A demonstration model opened last fall.

The federal government has been experimenting with net-zero housing design for almost a decade through the Equilibrium Housing Initiative; when it began, the premium for building such a dwelling was projected to be as much as $200,000.

As the research has evolved, 25 net-zero demonstration houses will be put on the market across Canada. The Guelph models come with state-of-the-art electrical and ventilation systems, solar panels, LED lighting, low-flow faucets and a drain-water heat-recovery mechanism 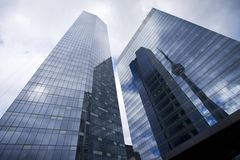 Teeny house, big lie: Why so many proponents of the tiny-house movement have decided to upsize
January 6, 2016 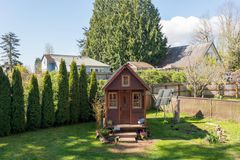 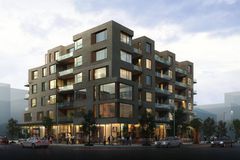