The intersection of Elm and Elgin streets in Sudbury is a historic midpoint for Canada. For most of the 20th century, the Edwardian building on one corner was a telegraph station and ticket office for CP Rail. But until recently, this history was crumbling away, as the city – like so many in Canada – sent its energy and its money sprawling outward. For years, the telegraph building housed a Mexican restaurant.

Now it has a more creative and dignified role: It is home to faculty and 70 students in Laurentian University's new School of Architecture, a bilingual institution and the first new Canadian architecture school in 40 years. "We're quite exposed here – right in the middle of things," said the school's founding director, Terrance Galvin. "And that's where we want to be: a hinge between the university and the city."

The first portion of the school's $42.6-million campus, which includes renovations of the telegraph building and a nearby rail shed by Toronto's LGA Architectural Partners, will move that ideal forward. Many are hoping it will push Sudbury forward as well. It's a visionary move: a school engaged with anglophone, francophone and – emphatically – First Nations communities, and an institution explicitly trying to draw Sudburians to the centre of the city and to build on its climate, its location and its economy.

The school, known as Laurentian Architecture Laurentienne (LAL), began with an idea that Sudbury and the North needs its own school of architecture. Local backers suggested a new school could bring big economic and cultural benefits (a recent KPMG report pegs the economic benefits at $15-million a year). But the potential for a cultural change is perhaps more important.

Sudbury is a northern city, and design is not an important commodity in Canada's North. Galvin and the school want to change that, emulating Scandinavia, where sophisticated design, crafts and manufactured goods are the most important exports.

The model of a downtown satellite campus has worked well in Cambridge, Ont., home to a campus of the University of Waterloo, and also at the University of Syracuse in New York. At Laurentian, as at Syracuse, the students will actively work in the community – literally, as well as symbolically, building and rebuilding.

In Sudbury, the recipe involves all three of Canada's founding cultures, and will see students making buildings in the community right from the start of their studies (this year: fishing huts). Hands-on work is crucial, as is work in communities across the North. This year, they began with a visit to the Whitefish Lake First Nation, whose traditional territory includes Sudbury.

Kenneth Chakasim, a faculty member who is Cree, said that acknowledging the elders of Whitefish Lake provides a key lesson in communication and politics. "The most important lesson at first is about protocol," he said, which is crucial for architects not only in northern and First Nations contexts, but everywhere. This is a powerful argument. After all, architects should begin their work by listening to clients and to the public, and their work is intensely collaborative.

Such goals provided a heady, and familiar, challenge for the campus's architects, led by Janna Levitt and David Warne of Toronto's LGA. A decade ago, the firm completed the new campus for University of Waterloo's architecture school in Cambridge.

In designing the new complex, "We knew that the challenge wasn't so much functional or even aesthetic," Warne says. "It was about these archetypal things: What does a green building look like? What is the shape of architecture itself? It's a funny, self-reflexive question."

Their answer for Laurentian, in the form of four buildings, is nuanced and didactic: The buildings are meant as teaching tools about sustainability, climate, and the complexities and varieties of the architectural art. They should serve well. The telegraph building and rail shed, which are the temporary 15,000-square-foot home of the whole faculty, will remain as workshops and studios for student work. A new 65,000-square-foot complex, to be finished in 2015, will add two wings in the form of a V, with a library, ceremony room and more studio space; these will complement the two older buildings to form a protected courtyard in the middle.

The buildings demonstrate different kinds of construction – masonry and post-and-beam for the older buildings, steel and cross-laminated timber (CLT) for the new ones. CLT is a strong, sustainable and versatile product that could, and should, become a 21st-century staple. The LAL complex will be one of the first public buildings in Canada to employ the technology. (Galvin hopes some of the region's timber mills will develop the expertise and build the infrastructure to produce it.)

Wood panels will form a new façade along Elm Street, and they will broadcast some subtle symbolism. Vertical strips of CLT and cedar will evoke a forest; colourful panels of metal and triple-paned glass will, the architects say, draw inspiration from the northern sky. These grace notes aside, the new complex is deliberately dressed down: handsome, sophisticated and hardy.

If the Laurentian school's complex is viewed with an architect's eye, there is much to see. The new buildings will be complex compositions, with staggered floor levels, sightlines across levels and atriums, and internal balconies and stairs. The aim was to provide a kind of playground that shows off many kinds of spaces and relationships: a balcony, a mezzanine within a tall space, a basement room with large windows up to the street.

The design, down to the orientation of the buildings and their window arrangements, is animated by twin concerns for sustainability and for specific First Nations building practices. LGA consulted extensively with First Nations community members, and Levitt said much of the traditional wisdom and green building practices line up admirably well.

"In the North, it gets conflated: There may be orientations dictated by sacred ordinance, and just good building practice. Why would you put a door on one face where it's going to let in all the wind? From a building science perspective, you wouldn't do that, either," she said.

Chakasim, one of the six founding faculty members, hopes that LAL students will be constantly making such links, conceptually and across cultures. The idea of building and conserving for future generations "is not specific to any one culture," he notes. "It's important to open students to that way of thinking" – not only that such a value is important, but also that groups and peoples value the same ideals. 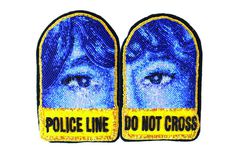 Some Christopher Pratt landscapes are more imaginary than real
October 4, 2013 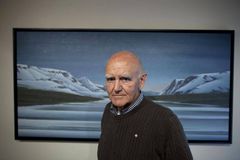