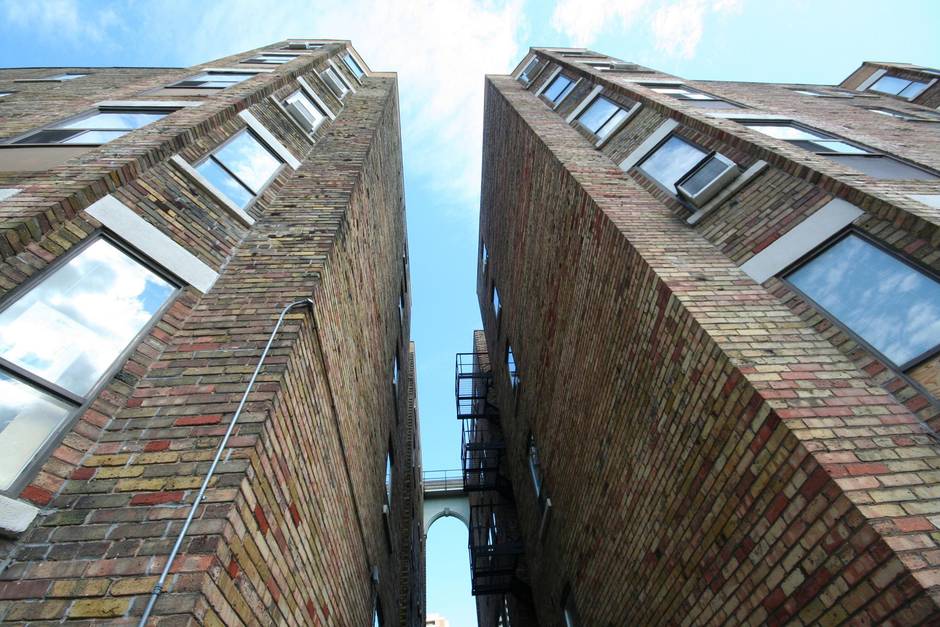 Photos by Dave LeBlanc for The Globe and Mail

How many Toronto apartment houses have file folders thick with their own history? Or can boast a resident on par with Confederation-era poet Sir Charles G. D. Roberts (in 1935, The Globe and Mail wrote that his work was of “incalculable significance” to Canada)? How many look so handsome on their 100th birthday? Or can lay claim to one or more ghosts?

A few, perhaps. But none have stewards the likes of Peggy Bleecker and Mary Jankulak, who, on a recent sunny morning, invited me into the lower-level offices of the Ernescliffe, a storied and glorious six-storey, brick-faced and timber-framed trio of apartment buildings – registered as a non-profit co-operative since 1995 – solidly anchored at the corner of Sherbourne and Wellesley streets. 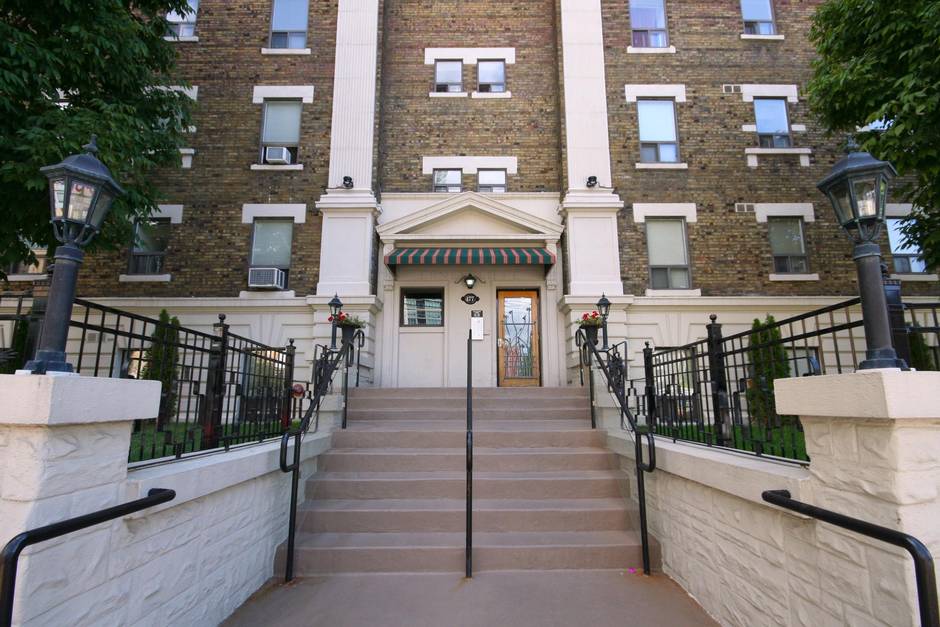 And, like a good captain and first mate of a ship, the two helped me get my sea legs by doling out Ernescliffe’s history in small portions.

First, I’m treated to the document that started it all: the building permit, filed in 1913. The architects were London, Ont.’s George Denman Redmond and Irish immigrant Neil George Beggs, who met while working as draftsmen for the City of Toronto. While their partnership lasted just two years, they designed many of the city’s early multistorey apartment buildings, including Kingsley Mansions at 149 Jameson Ave. (at King), and the York Apartments at 2 Spadina Rd. (at Bloor). It was a good time for apartment building: In a 1998 article for Urban History Review, Richard Dennis states that while the City of Toronto granted its first apartment house permit in 1899, the “peak year” was 1912. Upon his death in March, 1935, it was said that Mr. Beggs “designed more apartment houses than any other architect in Canada.” 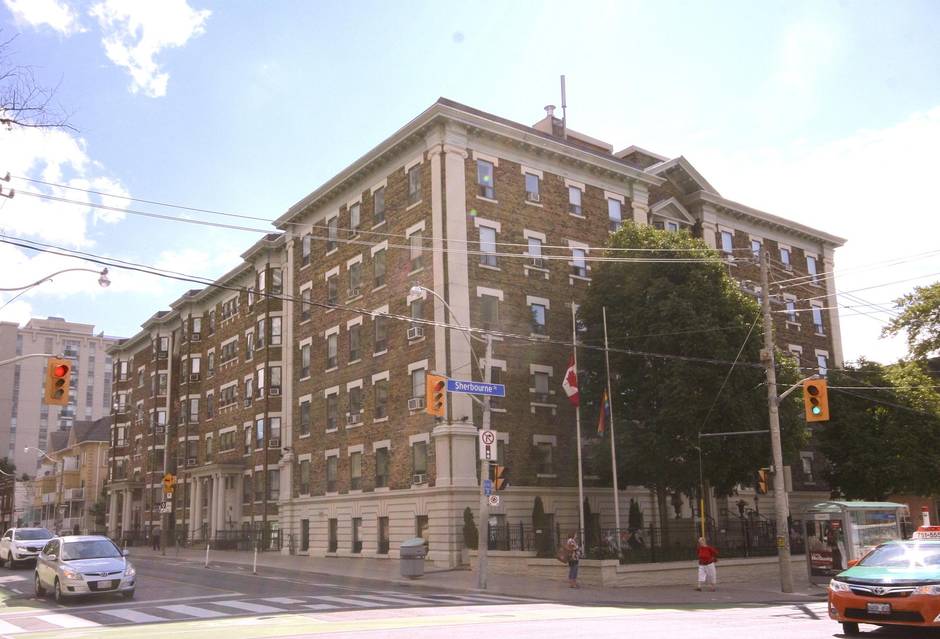 Interestingly, at the Ernescliffe, the building at Bleecker Street labelled “Annex B” was built and occupied first in 1914, followed by “Annex A” in 1915, and “Ernescliffe” at 477 Sherbourne St. in 1916.

Next, Ms. Jankulak spreads photocopies of City of Toronto assessment roles onto the table: “What I like about it,” Ms. Jankulak, the co-op’s administrative assistant, says, “is that you have a janitor, you have a barrister and solicitor.” Also listed: soldier, telegrapher, graveler and civil engineer – not all that different than the mix of incomes in the neighbourhood today.

Archival photographs of the single-family house – a mansion actually – that predated Ernescliffe follows: “Ermeleigh,” built by John Herbert Mason, one of the founding members of the Canada Permanent Building and Savings Society.

Soon, the table is so full of early history, I look to Ms. Bleecker, the co-op’s manager, to pick up the story of the later decades of the 20th century. She says it’s a familiar one; after the glory decades of the 20s, 30s and 40s, the building began to show its age by the suburban-loving 1950s. By the 60s and 70s, it was, in order, a place for Rochdalians – that ill-fated and drug-fuelled free college at the University of Toronto – and punk rock musicians who gigged regularly at Larry’s Hideaway nearby.

A renovation in the early 1980s saw the unfortunate removal of original interior woodwork, but new windows and electric heat were added; however by the end of the decade the building went into receivership. By the early 1990s, disgruntled tenants had had enough and that’s when talk about a co-operative began.

In early 1995, the Ernescliffe Co-op became official, and Ms. Bleecker joined later that year. “So it all started over coffee in someone’s unit, basically, and being unhappy with the way the building was, but wanting to preserve it,” she says. 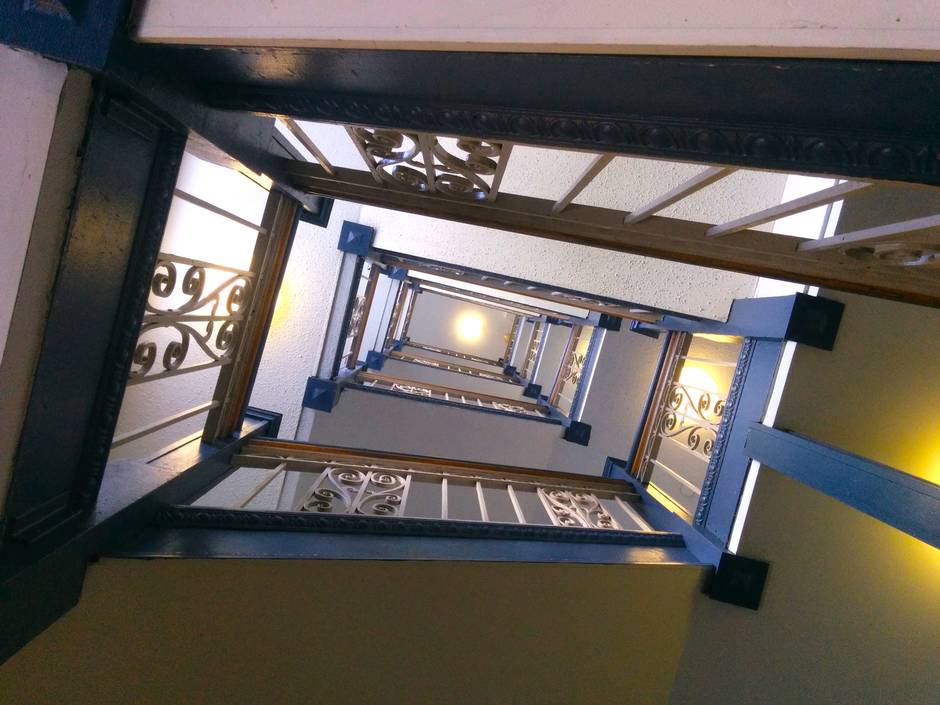 Twenty years on, the Classical Revival building is in wonderfully good repair. A walkabout with Ms. Bleecker and Ms. Jankulak reveals original brickwork – in a mix of colours including blackened and bubbly clinker bricks – to be robust, with only a few areas of repair, good paint on the flattened and rounded columns, and the recent addition of a flock of nine whimsical, mosaic tile birds on the fence. The colourful birds, Ms. Jankulak explains, were done with community partner Red Dress Productions for the building’s street party in May of this year as part of a larger program called Promise in the Park.

In fact, there has been so much good energy surrounding the building of late, ghost sightings have gone down considerably, Ms. Bleecker says. Years ago, however, it wasn’t uncommon to see “dark energy coming through the hallways,” she says.

While the women have “no idea” who the ghost might be, there are a few possibilities. In August, 1948, the building’s 1,500-pound boiler exploded and killed the two engineers working on it (and cracked walls and blew out windows); 14 years earlier, a depressed barrister jumped to his death from a fifth-floor window.

Of course, combine almost 100 units with 100 years of occupancy and tragedies, both large and small are bound to happen; indeed, there is an air of melancholy the day I visit, since, after 20 years at the helm, Ms. Bleecker – “a much-loved and integral part” of the co-op according to Ms. Jankulak – is retiring.

The soft-spoken manager, however, prefers to deflect attention away from her career and back to the Ernescliffe’s anniversary, which has “solidified and helped this community celebrate why and what the most important aspects of community living in a co-op is about.

“It has been an energy-booster for the next 20 years.”