When did houses turn black?

Look carefully around a major city and you’ll see them: old homes that have acquired black windows and even full black coats of paint. Thoughtful architects are building new houses that are all black.

It’s strange to see the places we live wearing dark clothing; in architecture, black has long been the colour simply of soot and ash. Yet in today’s un-grimy cities, black houses are the new black, thanks to a trend that has spread from the insular world of avant-garde architecture into the broader culture. 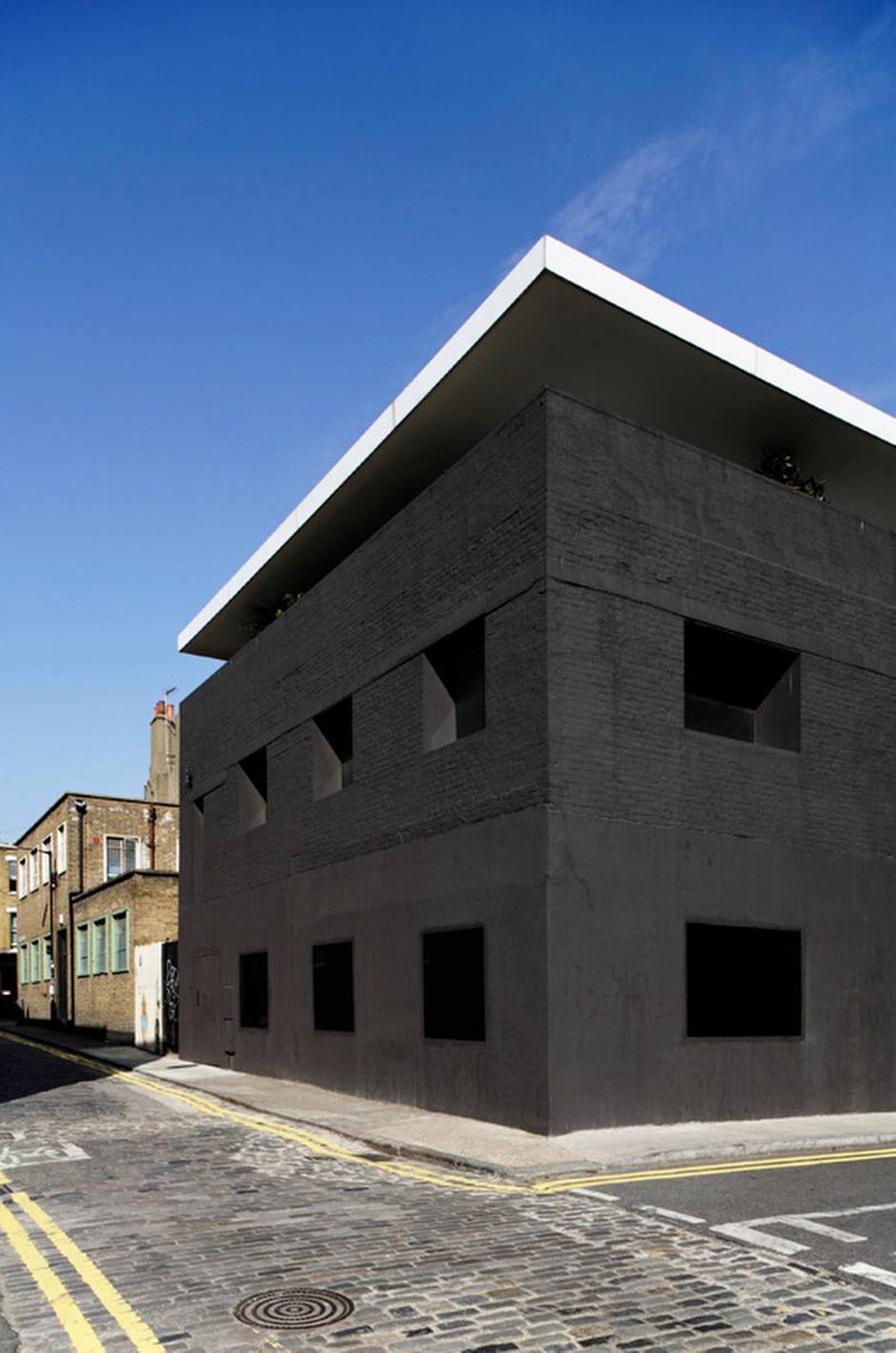 In 2002, painting a house black was an edgy move. That year, the British architect David Adjaye completed “Dirty House,” a home and studio in East London. Designed for a pair of artists, it is an old brick building given a coat of black paint and dark reflective glass. Now, it carries itself somewhat like a fortress – an attractive quality in what was a somewhat rough neighbourhood.

But the Dirty House’s darkness also gives it visual strength. In photographs it reads as a beautiful monolith and the project has appeared in publications around the world. It was one of several black houses of the era to become media favourites, and as design and architecture blogs such as Dezeen began to flourish in the mid-2000s, images of these houses travelled widely.

Young Canadian architects, like their counterparts elsewhere, were inspired. Vancouver-based designer D’Arcy Jones has used black to fine effect in several British Columbia houses over the past decade. To explain the appeal of black, he points to Scandinavia and the design world’s recent vogue for Danish and Swedish traditional buildings. There, time-honoured pigments include iron oxide, ochre and black. “Nothing is new,” Jones says. “Things are circular.” 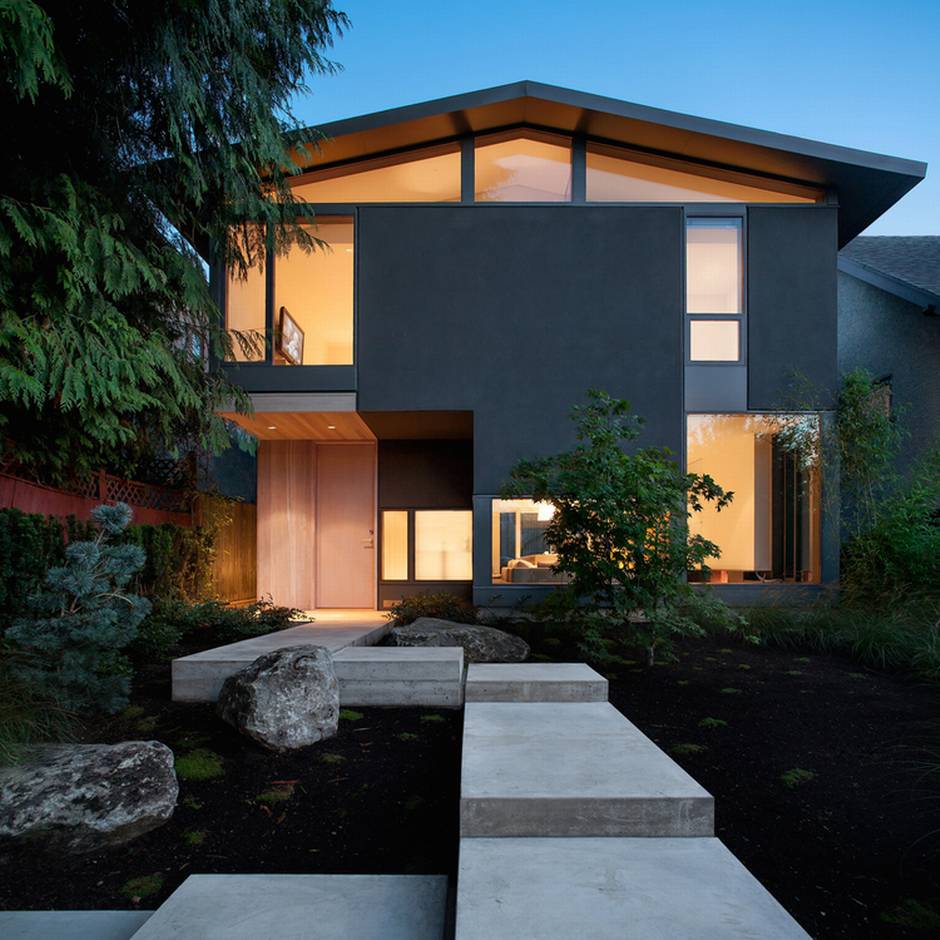 A D’Arcy Jones home in Vancouver.

There is also Japan. Black has long been part of the architectural language there, through ink-based pigments and the charred-wood surfaces known as shou-sugi-ban. Shou-sugi-ban has recently become a trend of its own and a few influential Japanese architects, including Sou Fujimoto, have designed black-clad single-family houses. Adjaye is one Westerner who has acknowledged the influence of Japanese traditional architecture on his own ideas.

It’s difficult to pinpoint precisely how such ideas travel, since architects never want to talk about trends – unlike their counterparts in fashion or even interior design, their professional culture denies the very idea. That’s especially true today: Young architects are increasingly inclined not to talk about aesthetic questions at all, focusing instead on sustainability and building performance.

And yet if you look at the built work of those engaged with the global avant-garde, certain ideas percolate from building to building. Such as black.

By now, in some contexts, a black dwelling raises merely a shrug. Montreal architects naturehumaine, for instance, have completed a number of black houses: generally not in the city, but on the South Shore and in the Eastern Townships. “Using black and white makes things, visually, very simple and elegant,” naturehumaine architect Stéphane Rasselet says.

As they design interiors, the architects frequently employ black walls and cabinetry; this is a less risky move than a black exterior, and indeed black walls became a trend in the interior-design world as early as 2011. 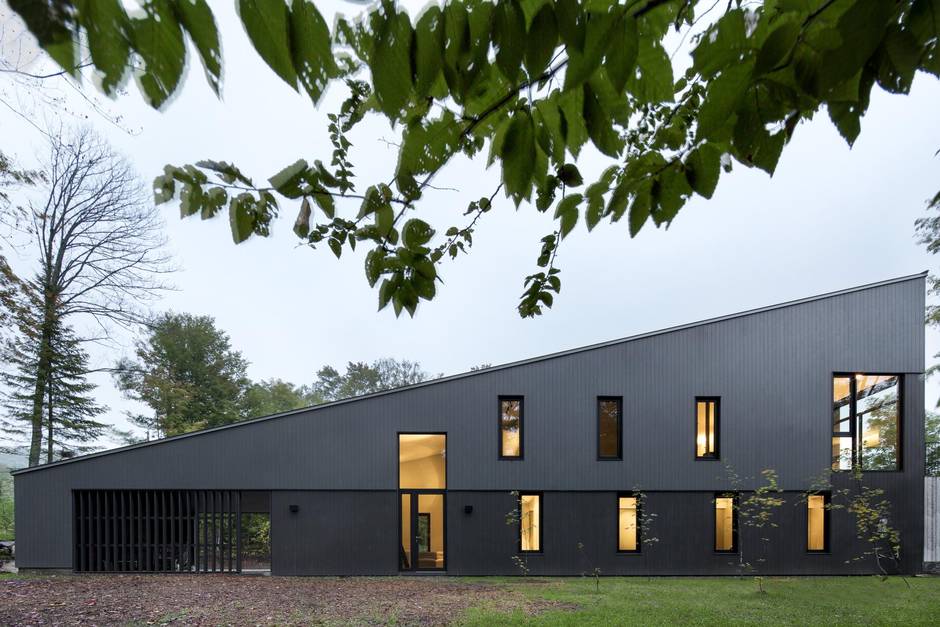 Last year, naturehumaine completed a beautiful loft-like apartment in Montreal with an interior dominated by surfaces of unpainted plywood and lots of black drywall. In the apartment, designed for restaurateur Trudy Resch, this vocabulary makes perfect sense, as the interior has a distinct sculptural quality.

The long, two-storey space has neat boxes suspended at either end and the limited colour palette “makes those volumes seem very pure,” Rasselet says. Resch’s two grown children live there and one of them uses the two-storey atrium to work out on rings suspended from the ceiling. In this youthful, urban context, a black-and-white palette isn’t at all controversial. 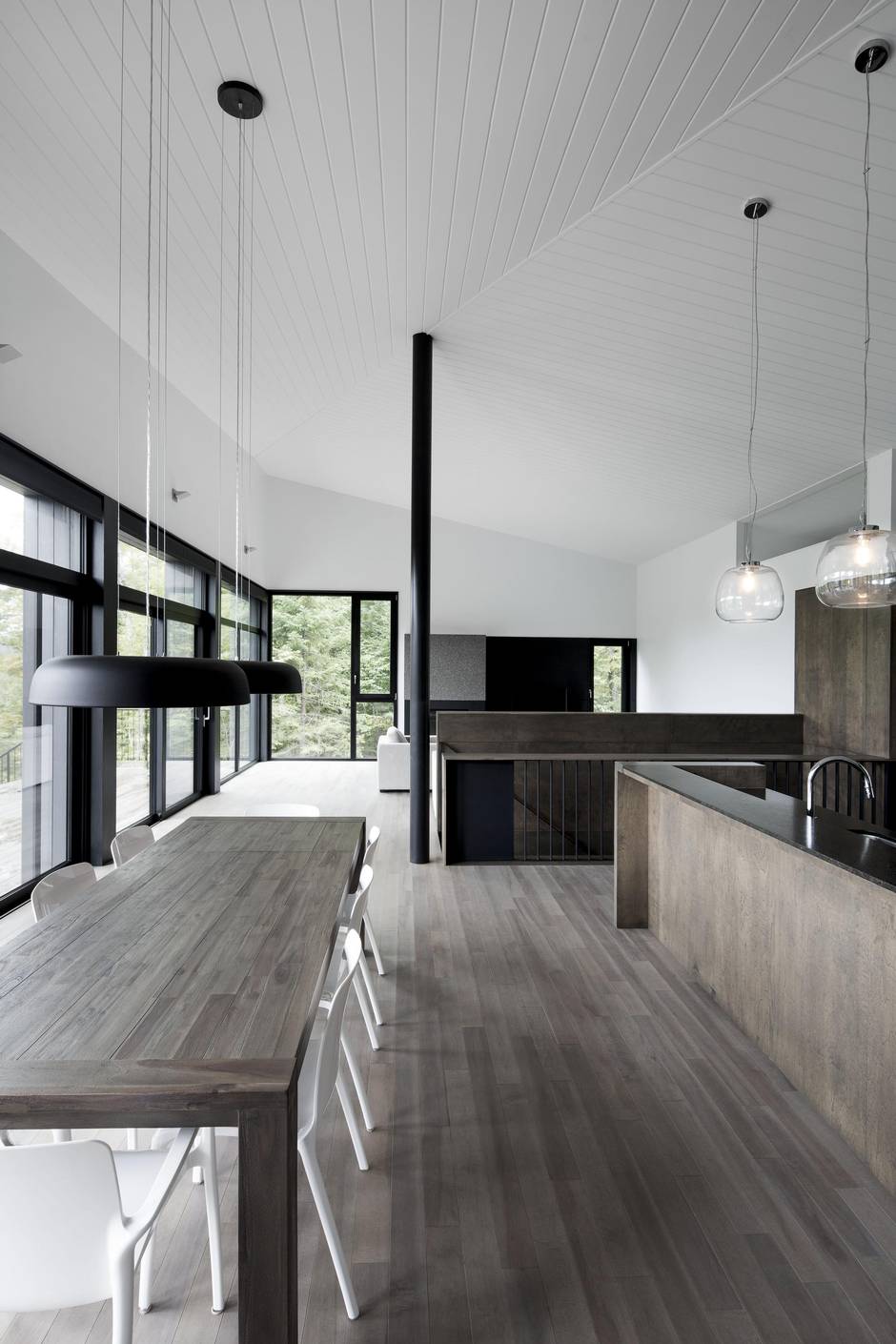 The interior of the naturehumaine home.

In Cape Breton, however, black is a different story.

When the Halifax-based architect Omar Gandhi completed an exquisite home in 2014, he had a very specific intention to make it standoffish. Since his client was artist Jonah Samson, whose provocative work often evokes or depicts acts of violence, Gandhi felt that the home should not be too eager to fit into its context.

“Aside from the grotesque images he uses,” Gandhi says, “the next most extreme thing I can think of is a building that’s all black and tells people not to come to the door.”

That idea suited Samson, who is also a family doctor, and was settling back in his hometown of Louisdale, N.S., after years in Vancouver and Toronto. While he has deep roots in the community, he also wanted to retain a sense of privacy and separation. “I wanted the most inhospitable building you can get,” he says, explaining that he wanted to send a clear message to his neighbours, many of whom have known him since childhood. “You already know way too much about me. You don’t get any more information!” 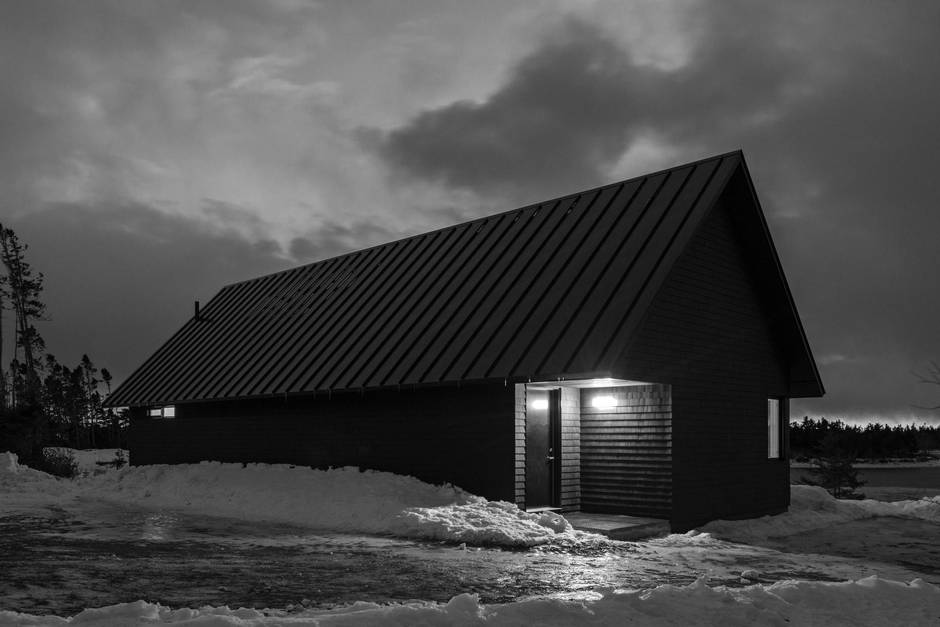 The home in Cape Breton is known as Black Gables.

Accordingly, Samson’s house and an adjacent studio building are wrapped in cedar shingles, metal cladding and metal roofs that are all jet black. The two buildings resemble a pair of barns – or, rather, beautifully proportioned abstractions of barns, with texture and details obscured by the lack of colour.

From the road, neither the windows nor the door are visible; from the other side, Samson can see the ocean through large windows. Gandhi calls the home he built “Black Gables.”

In town, Samson says, people rarely question his decision to live in a black house, “except, occasionally, someone will ask me while they’re really drunk.”

So, I ask, what is the answer? Why build a house that is so surprising? Samson confesses to mixed feelings: He wanted to send a message, but he also enjoys his house on his own terms. “I sometimes use disturbing images in my art,” he says, “but I never feel that I’m using it for shock value. This is similar. I feel that this is incredibly beautiful.”