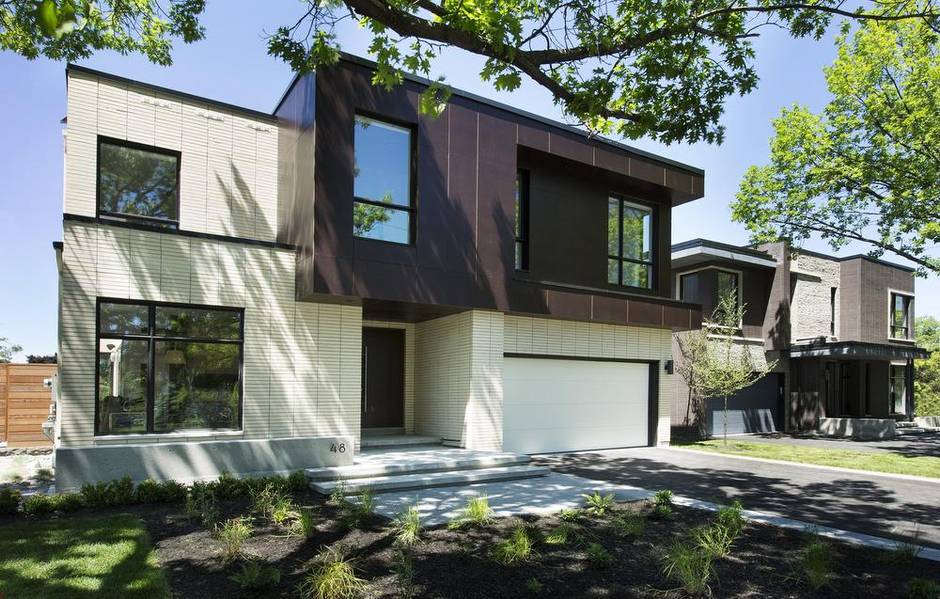 How do you buy a modern house in Canada? Mostly, you can’t. For two generations, the single-family houses offered by builders have been “traditional” – dressed with details that evoke some historic model, whether a Victorian mansion, an Arts and Crafts cottage, a Tuscan hill town, or some odd combination of the three.

Yet Canadians have become more engaged with contemporary architecture in the past decade, and this paucity of design has begun to change. First, condominium towers began to shed their period costumes, with interiors and architecture that evoke the spare, well-proportioned ideals of the Modernist movement. Now, at last, a similar change is happening in houses: A number of builders have begun to embrace modernism as a style and as an ideal. 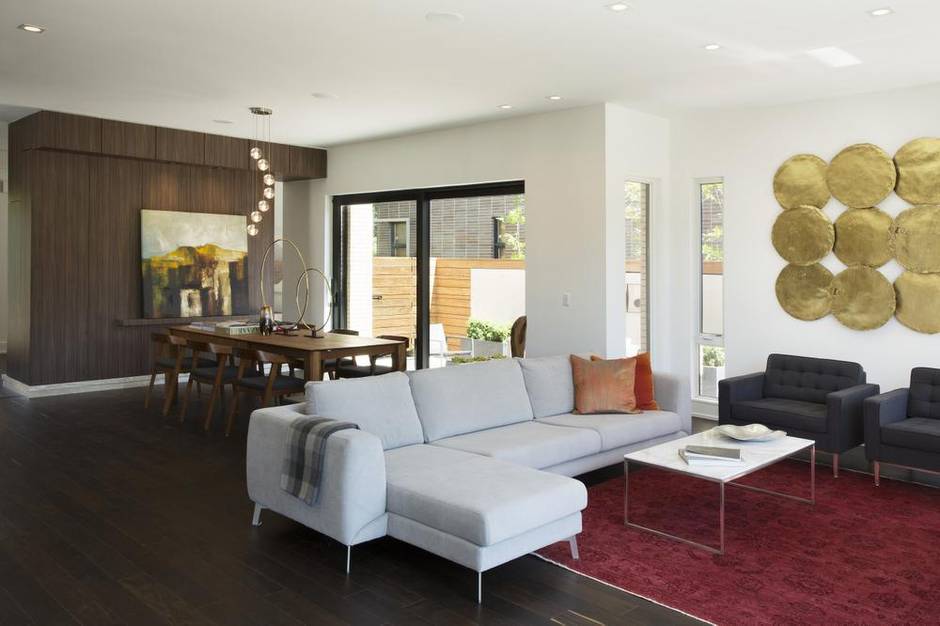 The Crafthouse living and dining areas

To see the evidence, I recently visited Crafthouse, a new project of 20 houses sprouting in the neighbourhood of Bayview Village, on Toronto’s northern edge. Four have already been built, and from the street they present a clean statement of architectural good taste: They have flat roofs; expansive, well-placed windows; smooth, iridescent brick, laid in regular grids; panels of laminated timber, and nothing that looks even faintly Victorian.

How did this – a modernist subdivision – happen? Developer Andrew Sorbara says his family business, Orchard Ridge Homes of the Sorbara Group, is responding to pent-up demand. “We thought this was something that the market was really craving,” he says, sitting in a sleek leather chair in the living room of the development’s model house. (Eleven have sold so far, after a few months of marketing.) “You see a lot of modern homes being built on a one-off basis.” So if affluent individuals are taking the considerable time and expense of commissioning new houses from architects, why wouldn’t a few of them buy new houses, at similar cost, from a builder?

This seems logical. It has been 15 years since the revival of mid-century modernism in interiors, and since then HGTV, Dwell magazine and other outlets have begun to bridge the gap between the mainstream and the culture of contemporary architecture. And while modern urban house projects have sprung up in Vancouver, Montreal and recently Toronto, the detached modern house is usually a one-off. 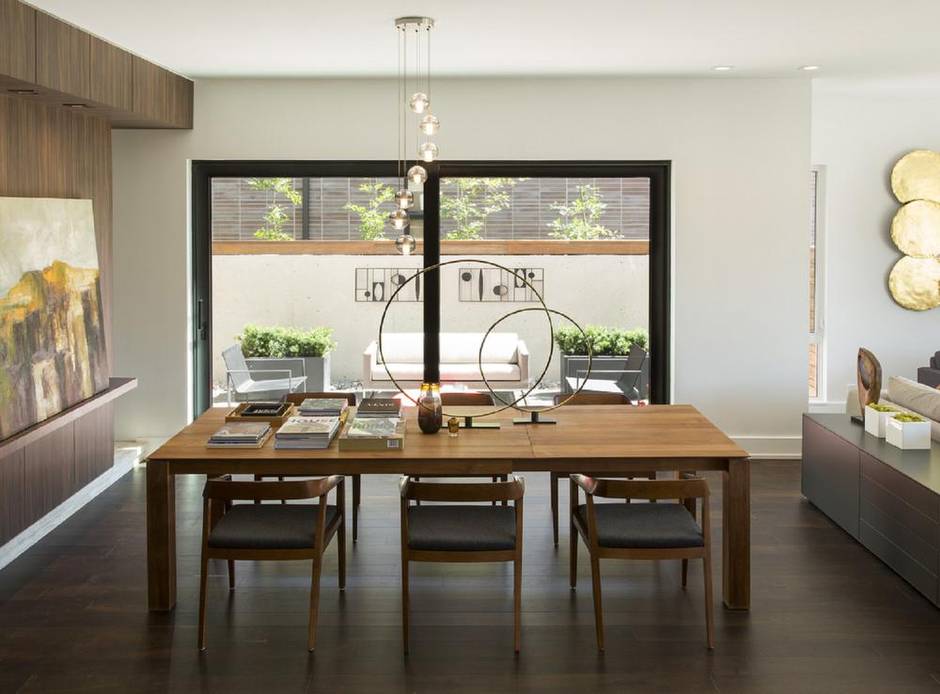 The dining area looks out to the courtyard.

As another developer explains, many of us are conservative when it comes to buying a house. “Some people wanted a contemporary home five years ago, but they were worried it would be difficult to resell,” says Christopher J. Wein, president of the large home-building company Great Gulf Residential. “Now, people are seeing that anything contemporary that’s well-built is very sought-after. I think there’s more demand for contemporary than there is product.”

The recipe for what makes a “contemporary” home is variable, but Crafthouse has all the ingredients. The interiors are carefully designed, with plans that are largely open but have partly delineated spaces. “A modern family functions differently than a family from the past,” says their architect, Peter Vishnovsky. “The idea was to keep the family together, but allow them to be separated at the same time as they do different activities.” The details matter, too; there are no crown mouldings, and the fixtures (such as lever-style door handles) fit into the range of good modern architectural taste. The idea, Vishnovsky says, is to “celebrate craft” and to avoid “nostalgia.”

Ironically, these houses are themselves a return to the past – to the design language of the modernist architects of the 1950s and 1960s, themselves inspired by the European avant-garde of a generation earlier. Vishnovsky’s houses vaguely recall the Dutch De Stijl movement or the 1920s brick houses of Mies van der Rohe, and many other buildings that followed. 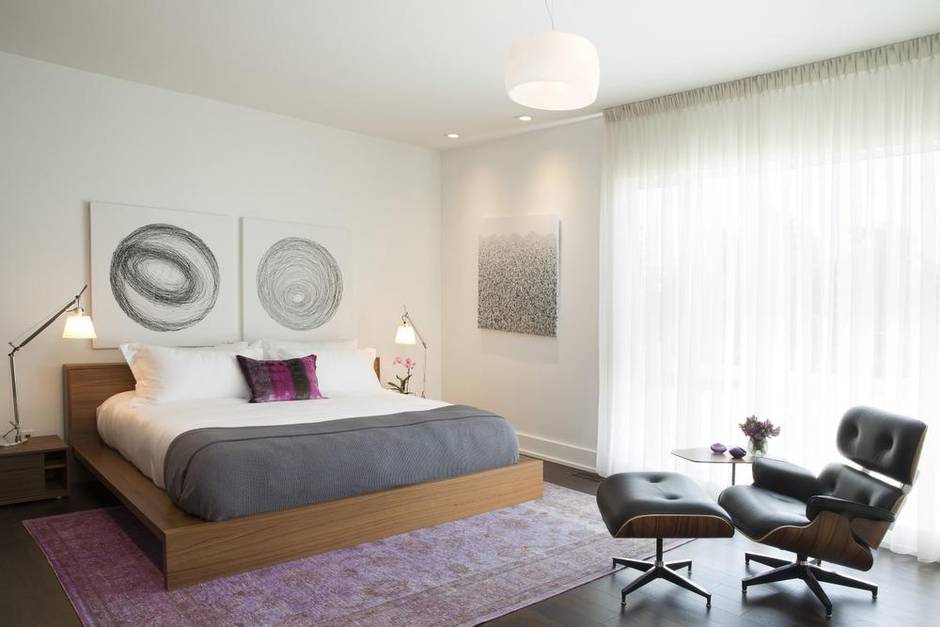 And yet that flavour has been off the menu for a long, long time. Since the heroic period of modernist architecture ground to a halt in the 1970s, single-family houses in North America have been dominated by historical references, Shingle Style to Georgian neoclassicism, or – more often – a pastiche of cornices and columns from different periods. This brew, which is known in its different formulations as “traditional,” is what we think of when we think of home.

This is changing, and the shift is profound. Great Gulf is betting on it. “We’re moving more and more toward initiating modernism, and including modernist design into our suburban housing line,” Wein says. 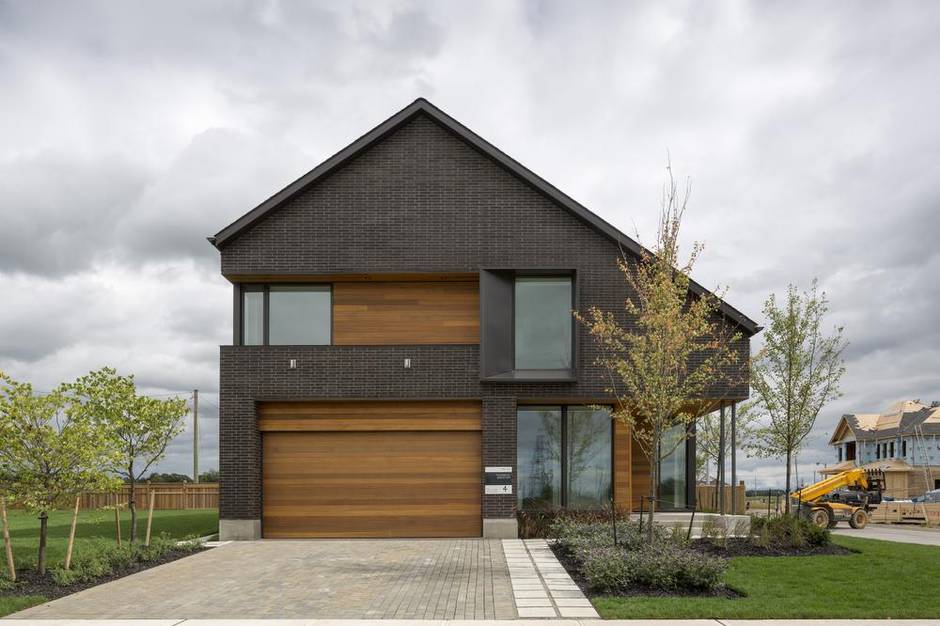 Two of them upcoming projects in the Toronto region, one of detached houses within Toronto (in Etobicoke) and townhouses in Oakville, will include houses with squarely modern design. They are working with two highly decorated architecture firms, Superkul, and Hariri Pontarini, to develop a set of house designs that will available in their new suburban projects. A prototype by Superkul is already up in the exurban town of Thorold: Its design is not just sleek but also follows the Danish “Active House” standard, pursuing energy efficiency, extensive natural light and ventilation and air quality.

There are two target markets, Wein says: young people and downsizing empty nesters. “I think there’s a strong 25-30 market for this, and also a 50-plus market for this,” he argues. Many have lived in condos, which are contemporary in their architecture and interior design. “They want to stay modern, because that’s already the way they’re living.” 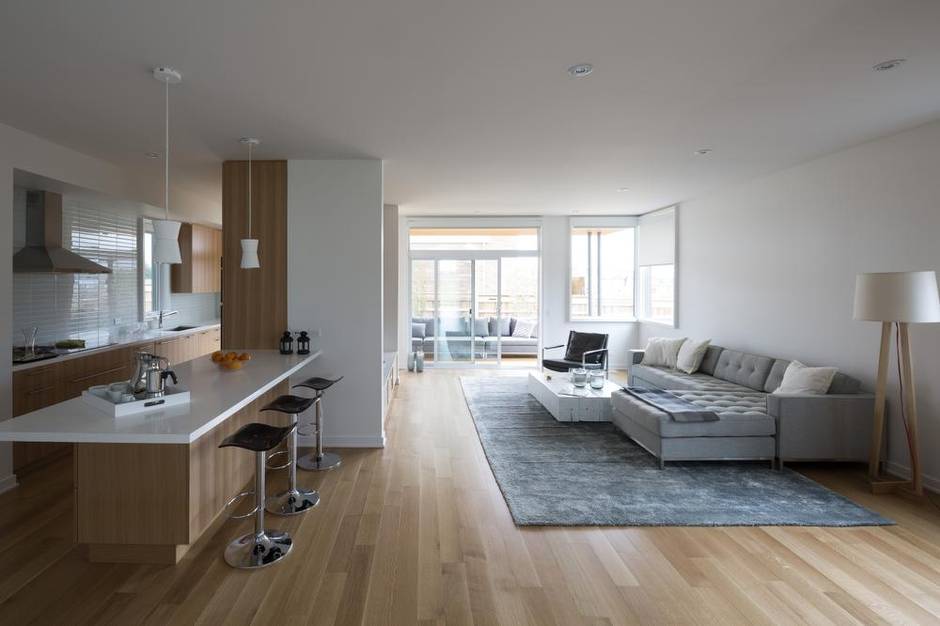 Building in a modernist style also demands, simply, better design and construction than the average builder house provides. As Mies van der Rohe supposedly said, “God is in the details.” Walls and ceilings must be perfectly level and straight, if there are no mouldings to hide irregular corners. Air ducts must be hidden between the joists to avoid unsightly bulkheads. Corners must align. All this, as the developer Andrew Sorbara says, “requires a very different approach from the production model of building.” For Crafthouse, “We had to engage our construction team, our designers in a very collaborative way.” The results there are mostly successful – though I found it easy to see which details had been thought through and which ones, such as sloppy joints of brick and cement board right by the front door, God had skipped over.

This aesthetic change may signal an even more important one, toward more sophisticated models of building. Two central ideals of the Modernist movement in architecture were to employ contemporary technology and provide good housing for everyone. Today, thoughtful architects embrace new ways of building and also embrace environmental goals. Great Gulf is doing both; they operate a manufacturing facility, Brockport Home Systems, which uses digital design and machinery to produce building components to exacting standards. Brockport produced the panels for their prototype Active House, and it was built – floors, walls and roof – within a week.