In the quest for beauty, one of the most immutable traditions – and controversial fascinations – in Western architecture (and furniture and art and music and mathematics) is the golden section, a proportioning system first described by ancient Greek mathematicians such as Euclid and Pythagoras, but also observable in nature.

Modernist architect Le Corbusier defined it as the height of a typical man divided by the height of his belly button, and used the relationship to create what he considered "humane" buildings – structures that better reflected the human form.

And even if the equation to derive the ratio – (a+b)/a = a/b = 1.618 – is, well, Greek to most of us, the manifestations – what it looks like – shouldn't be. It shows up constantly: It's the aesthetically pleasing shape of a standard credit card (the ultimate golden rectangle, as it were); Aston Martin uses it to proportion its expensive (yet undeniably sexy) sports cars. It was used by painters such as Da Vinci, Dali and Mondrian to compose their masterpieces, and it's often ascribed to the front facade of the Parthenon (although some academics say there is no proof that it was done so consciously).

As further evidence of its ubiquity, in 2010, Singaporean industrial designer Olivia Lee released a sketchpad with grid lines based on the proportion. She then used the pad to sketch out famous buildings and products that were influenced by the ratio, including a Chanel clutch, a Philippe Starck lemon juicer, the famous Verner Panton chair and a building by architect Rem Koolhaas (Beijing's CCTV headquarters, which looks a bit like a jagged bagel).

This last example is part of the reason the ratio is particularly special: It's among the few aesthetic traditions that has lasted more-or-less continuously throughout the history of Western architecture. While no one seems too keen on building pyramids or Baroque cathedrals any more, a structure that has windows or rooms sized according to the golden ratio is not uncommon. And it happens as much in large public buildings – famed American architect Steven Holl is a proponent, having recently finished an addition to the Glasgow School of Art in Scotland based around the golden section – as in homes.

It shows up in small ways. For example, an interior-decorating trick is to have vases on a coffee table that decrease in height, following the golden section. Some designers also think that rooms should be painted according to the ratio, to better balance the colours. That could mean a room would be 50 per cent of a main statement colour (dark blue perhaps), 30 per cent of a secondary colour (light blue) and 20 per cent in trim (white).

It also shows up in bigger ways. Alan John Marsh is a Toronto-based architect and founder of Loft Design. His work is restrained (few materials, little adornment) but well-balanced and harmonious. As a student, "learning that the golden section existed in nature sparked my interest," Marsh recalls. "I discovered Le Corbusier's golden section measurements applied to the human body, and started using them."

He's currently finishing a home in Mexico with a triangular shape: "The proportions of the triangle fit into itself with the proportion of 1:1.61." Although his clients hadn't heard of the golden section, they became interested when he explained it to them. "Using the ratio gives you an easy way to make pleasing proportions," Marsh says.

There is scientific evidence to suggest that the appeal of the proportion is, in fact, natural. In 2009, Adrian Bejan, a professor of mechanical engineering at Duke University, in North Carolina, completed a study on the proportion. He found that things shaped according to the golden ratio – be it a paragraph of text or a painted canvas – were the easiest for a human's eyes and brain to perceive and understand. Because the shape helps with quick cognition, and because humans appreciate being helped, it makes us feel good, so "we feel pleasure and we call it beauty," Bejan told The Guardian in 2009.

However, as special as the section is, some architects caution that it is better to use it as a tool, rather than a rule.

Peter de Hoog is a B.C.-based architect with de Hoog and Kierulf Architects. He used the golden section to design the exterior of a mid-rise Victoria condo building, called the Mondrian. De Hoog explains: "The site size and zoning restrictions [of the project] resulted in a building massing that was almost exactly a cube. A classic way to subdivide the square [or cube] is to use the golden section, and being a fan of Mondrian's work, I put the two together, and the building is a loose riff on his work. … We followed through in the proportioning of windows and balconies."

The result is a visually varied, dynamic facade (which is saying something for a condo). But de Hoog cautions that although "proportion of spaces is essential … I consider the golden section to be more of a two-dimensional concept, and I'm not sure that spaces based on the golden section are inherently better. There are so many variables that need to be considered to make a great space."

Paul Laurendeau, a Montreal-based architect, agrees that the section is not a golden cure. He uses the ratio in his work, and thinks that "if architects were more conscious about proportions, they would have more consideration for building volume [and] room height. That would make for better buildings. We do not perceive ideas when we visit spaces. It's like music, it's harmonious. You don't have to think to understand or agree."

But he also notes: "I understand the golden section as a tool. Someone with no talent will never produce something good by using it. To make poetry, you have to know more than grammar, but you have to know grammar nonetheless."

And the golden ratio is just one lesson in the language of an architect.

Tough love: Which buildings are worth preserving?
May 12, 2018 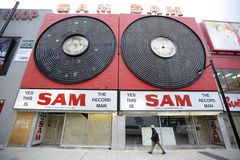 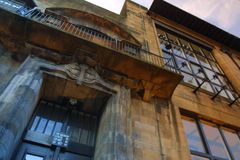 Vancouver awards bring design for the future
May 11, 2018 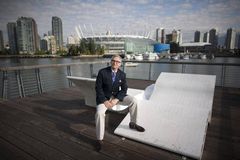