Once upon a time, the only things usually called smart were people, fashions, investments and dogs.

Lots of other items, however, have become smart in the past few years. We now have smartphones, smart cars, smart thermostats, smart television sets. The adjective commonly means that the product, thanks to cybernetic engineering, can do more tricks than your smart dog ever could. Such smartness, of course, is widely considered desirable. It is said to make our lives interesting, easier to manage – and, to a degree, it probably does so. 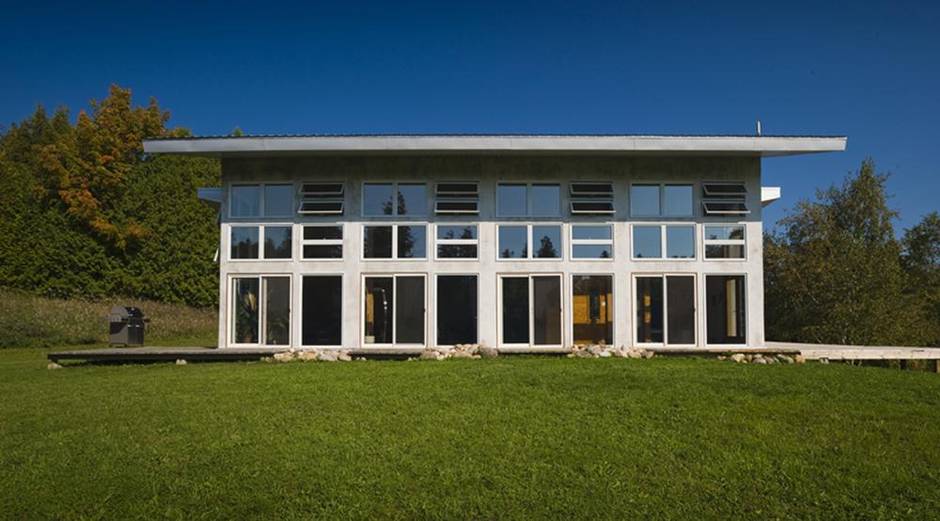 Paul Dowsett, principal in the Toronto firm of Sustainable.TO Architecture + Building, does not sharply dissent from this opinion. Although critical of the vogue for smartness, he is no Luddite. He believes advanced technology has a useful role to play in the contemporary world, and in his own art, that of putting up liveable structures. What makes him edgy, however, is the stylish claim by high-tech enthusiasts that electronic wizardry is invariably better than dumb, often old-fashioned ways of making environments comfortable.

In fact, Mr. Dowsett has come up with a slogan – “Dumb is the new Smart” – to summarize his convictions on this matter. It’s the topic of a public talk he will give next Thursday evening at the University of Toronto’s architecture school (230 College St.). 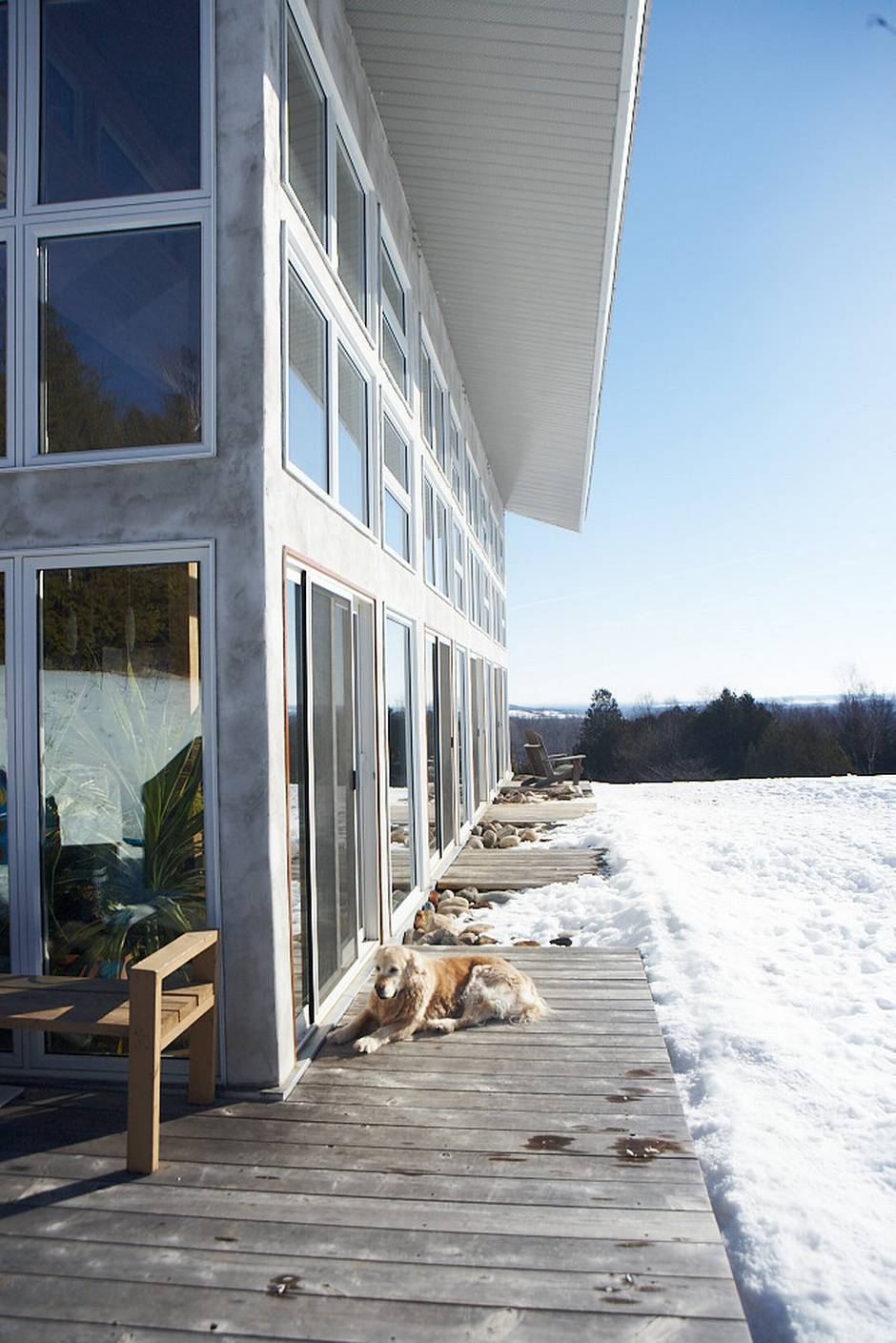 During a recent conversation with the architect about his ideas and his residential projects, I asked him to unpack his motto.

The 2,500-square-foot Hunter House, which Mr. Dowsett designed a dozen years ago for a 100-acre rural site near Peterborough, Ont., was an early experiment in making residential architecture that’s more dumb than smart.

“The client’s brief to us,” he said, “was for an off-grid, passive-solar, straw-bale house that had a mid-century modern image. I missed the day in school when they told us that all straw-bale houses were supposed to look like hobbit houses. … The wall system has a very high insulation value, and it’s all natural – straw, and clay-based plaster inside and out, When the house has finished its life, mother nature will take all these materials back. There are no plastics, polymers, petroleum-based products in here.” 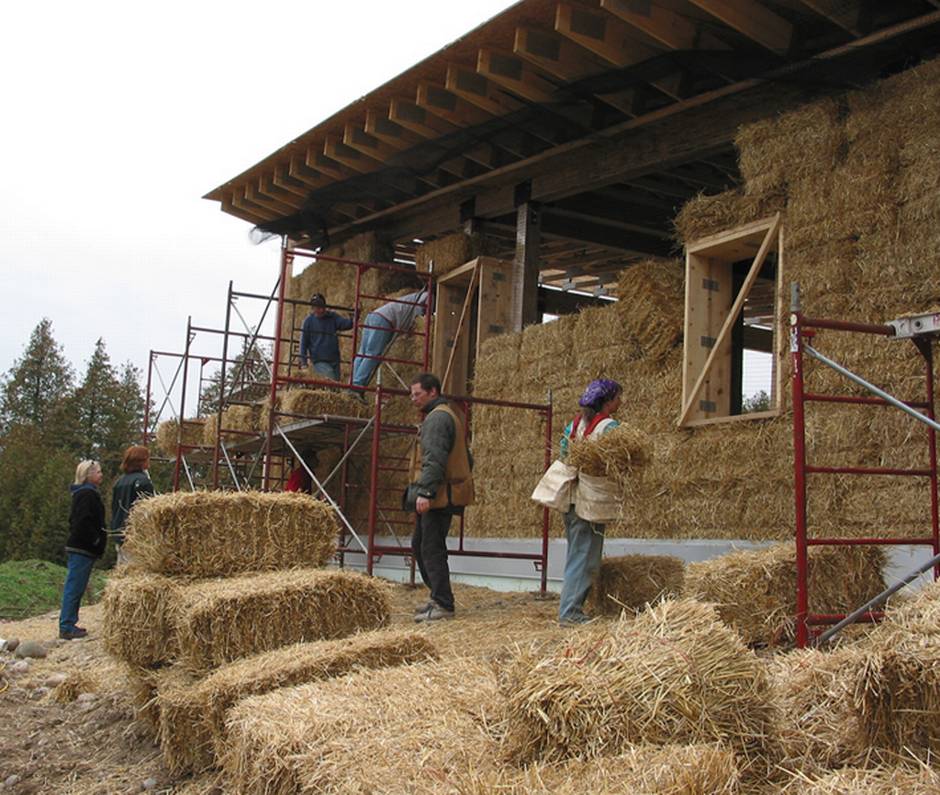 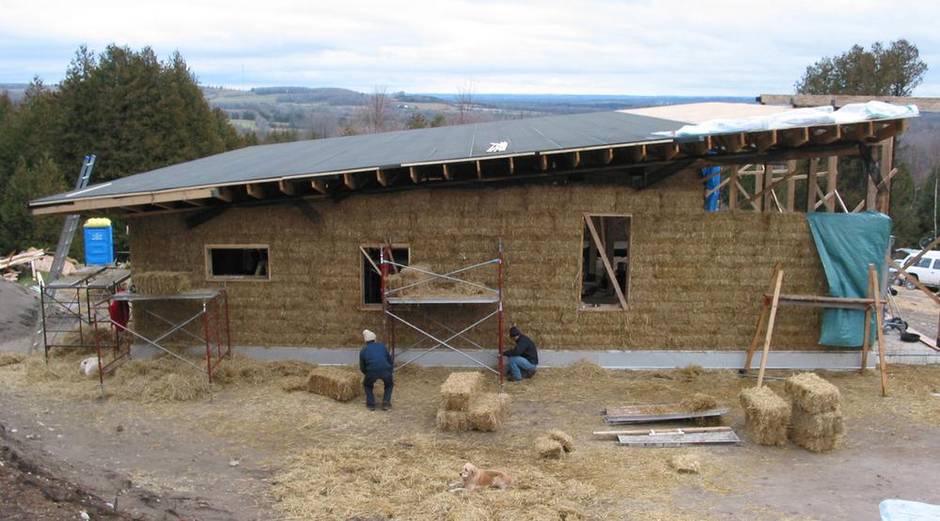 Remarkably, for something built at this northern latitude, the modernistic one-level dwelling has no furnace. A small propane burner supplies energy to the heating equipment embedded in the concrete floor on the coldest days. Most of the time, Mr. Dowsett said, the sunshine coming through the 50-foot expanse of glass on the south side provides enough winter-time warmth. “All the winter sun gets right in and heats up the whole floor, right to the back of the house,” he remarked. “The straw-bale walls keep the house very warm in the winter, when the house is flooded by sunlight.” In summer, a deep overhang shades the interior, “so you feel like you’re in a dark cave.”

Tightly insulated and very low-tech, the Hunter House can be seen as a Canadian instance of the ultra-efficient “Passivhaus” concept that, over the past 20 years or so, has been gradually garnering interest from architects and the public internationally, but especially in the German-speaking world and in Scandinavia. Mr. Dowsett acknowledges his kinship with the German theorists of the Passive House, though his recent interpretations of the idea are very much his own. 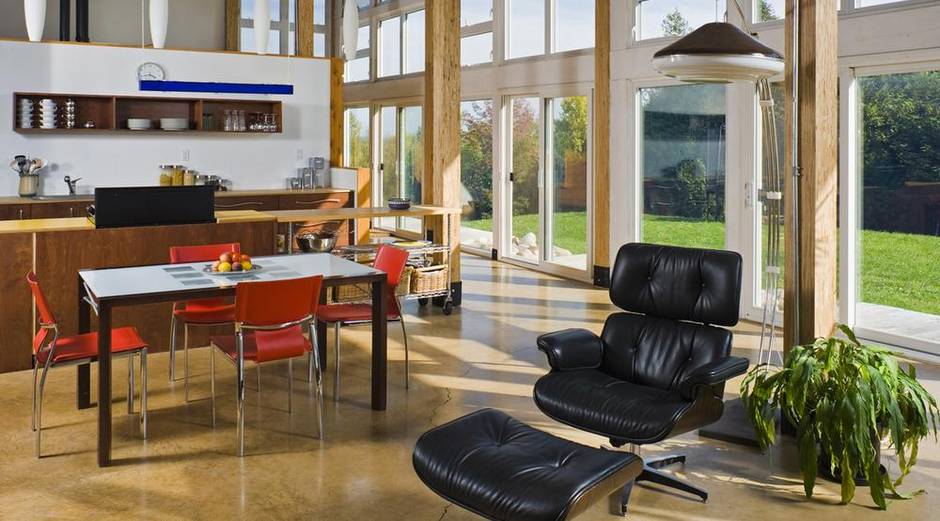 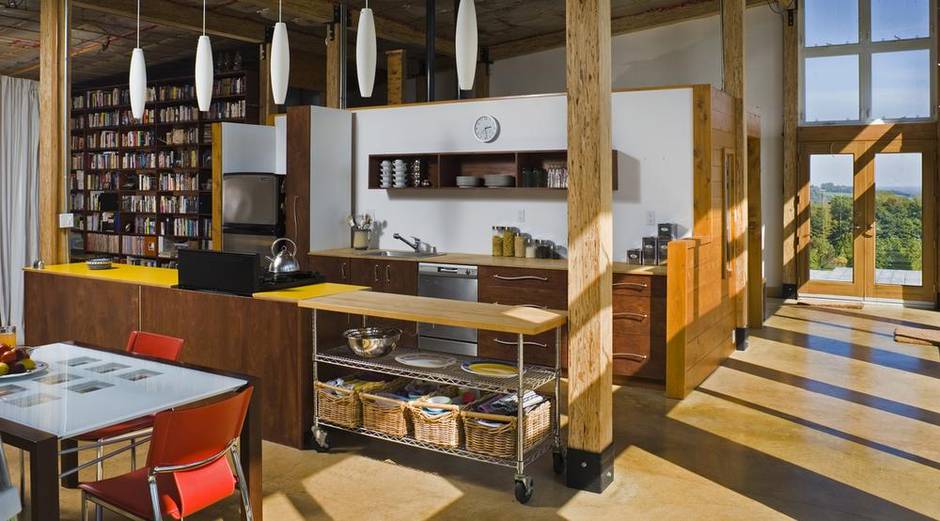 Take, for example, the award-winning 2011 single-family housing prototype he has crafted for a developer in New Orleans. Intended for a run-down neighbourhood in the central city, the structure, he said, is “a design to Passive House standards, relying on mother nature for most of its energy needs.” In an interesting, humane New World twist on his intellectually austere European source, Mr. Dowsett allowed his creative thought about the very affordable product to be disciplined by two questions: “What does Mama need? What can Mama afford?” If Mama didn’t need or could not afford a fixture or fitting or piece of technology, or if she would find it hard to operate or maintain or replace, it didn’t go in.

Needless to say, Mama won’t get (because she won’t need) a smart thermostat.

“A smart thermostat uses technology and energy to adjust a changing interior environment,” Mr. Dowsett told me. “If you installed one in a properly built passive house, it would be bored stupid, because nothing ever changes in a passive house. It’s that inert. It doesn’t have wild temperature swings. Those smart thermostats are great for making a poorly built building more energy-efficient. But in my mind, we should put the smarts into the design of the building in the first place. Then we wouldn’t need smart technology to cover up all our mistakes.”