‘What do you think of Liberty Village?”

The question was simple enough, but coming from Mark Wigmore, a good friend who enjoys good conversation over good wine, it was a loaded one.

The problem was, I didn’t have an answer. While I’d popped into the area from time-to-time over the past few years, these were “surgical strikes” rather than strolls-with-a-critical-eye.

I told him, however, that the area had received a lot of criticism from other architectural thinkers as density has increased; in 2008, the Star’s Christopher Hume wrote that “Liberty Village illustrates everything that’s wrong with planning in Toronto” and specifically aimed his hate-ray at the “strip mall” containing the Metro grocery store. 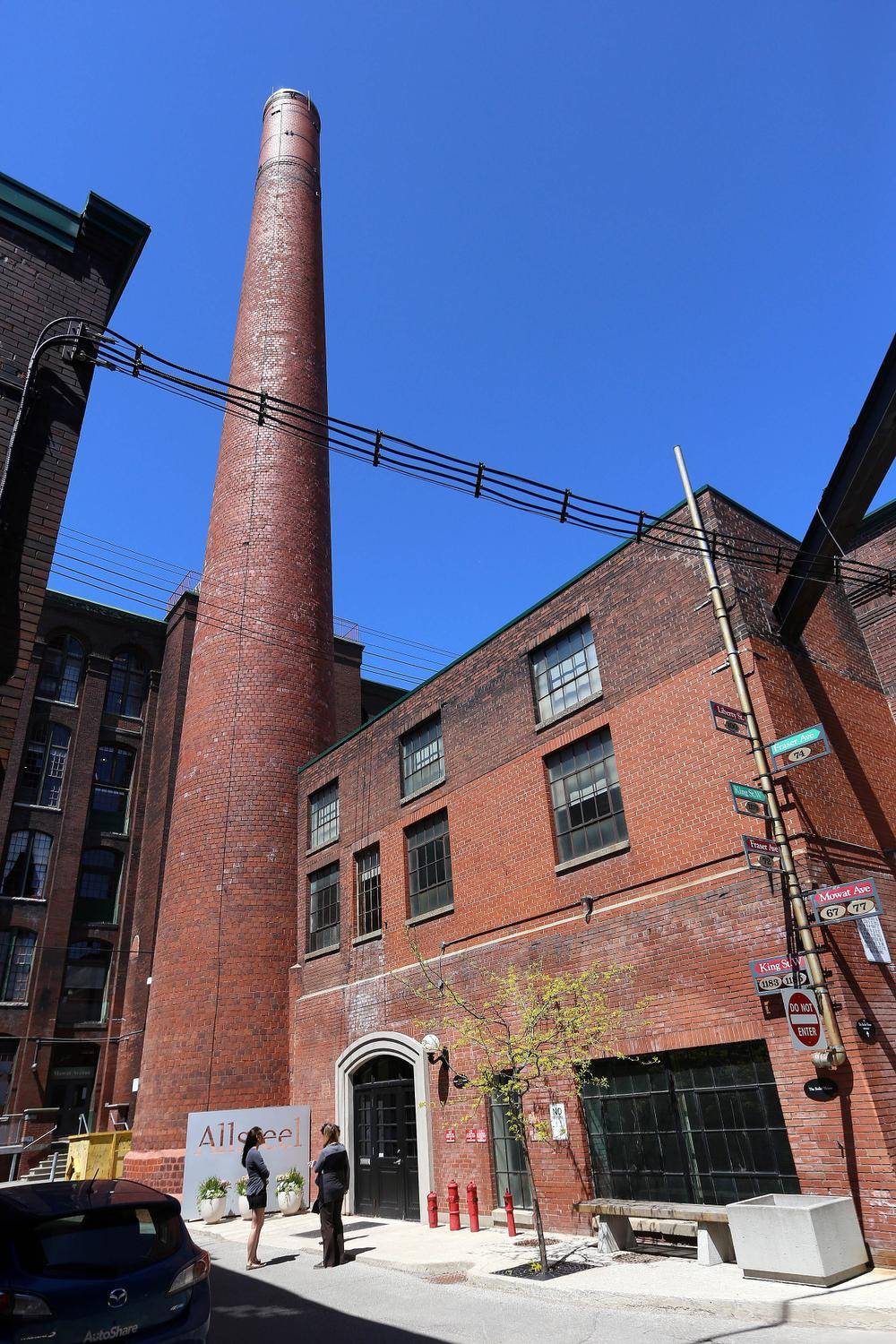 In 2013, Mr. Hume concluded that a place “that once held so much promise” was now just “an over-developed condo enclave.”

Derek Flak, writing in BlogTO, stated that the area lacked “the historical identity of … the Distillery District,” and just a few months ago, Toronto Life complained about Liberty Village’s dog poop problem because of a lack of green space.

So, with that in mind, I promised my pal I’d follow the same route he took – enter at the new East Liberty Street where it meets Strachan Avenue, and walk to Dufferin – and get back to him. 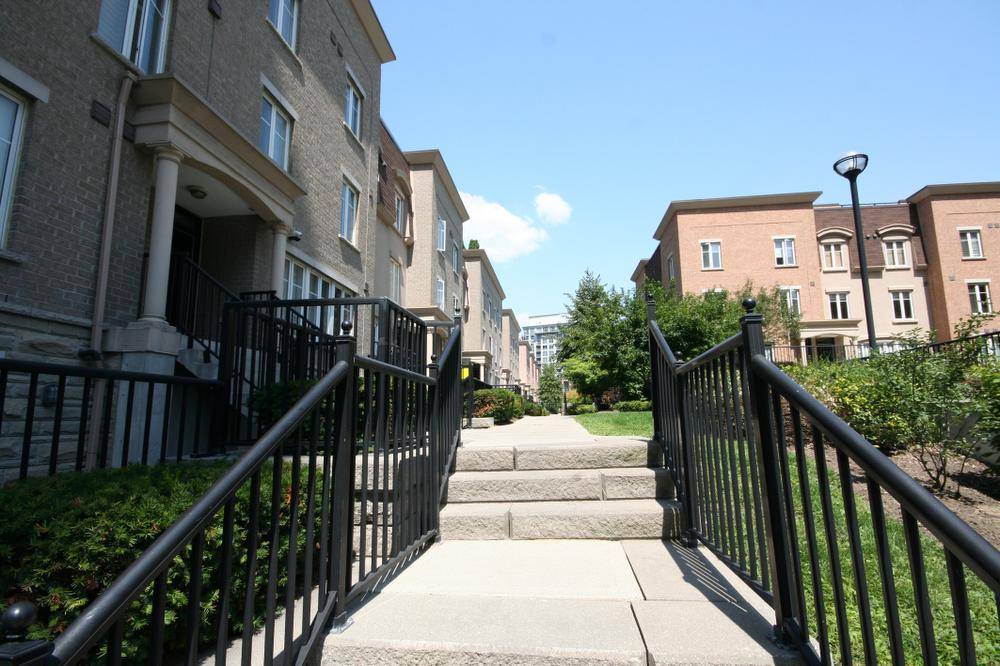 Entering at Strachan is currently a bit of a letdown. One corner greets visitors with a massive pile of dirt, and the other with a fenced-off, weedy field. Both looked exactly the same on a Google Map photo from May, 2013.

However, past the condo marketing sandwich boards, past the “Open House Meets Speed Dating” lawn sign, things improve with Gateway Park, where folks are stooping and scooping on the little walkways. To the north, facing the park, are three-storey townhouses; west along East Liberty and similar townhouses meet the street. While I’m no fan of the faux-historicist detailing, their scale, landscaping and siting reminds me of some areas of the much-lauded St. Lawrence Neighbourhood. On the south side, developers of the new, black-brick condo tower have likewise added townhouses to achieve similar results. 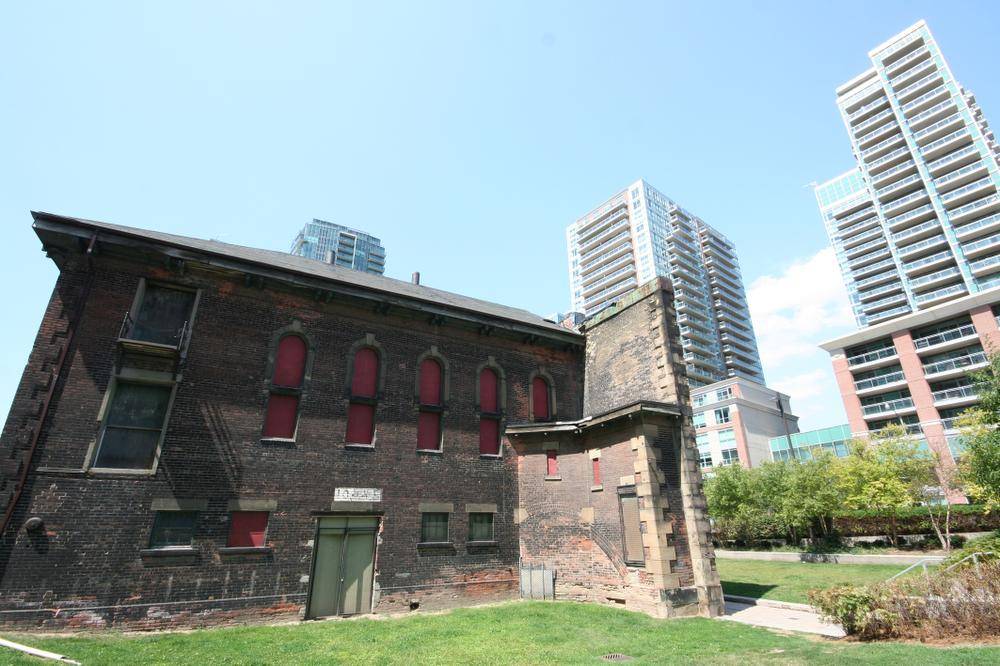 Just past the townhouses, as I crossed Pirandello Street (formerly Lower Shaw), I spied the lovely ruins of the Central Prison for Men’s Roman Catholic Chapel (1877), which also enjoyed life as an army base, immigrant processing centre and, finally, as part of the enormous John Inglis and Sons complex that once dominated here. While the new Liberty Village Park around the chapel is complete, reports in 2011 stating that a Miller Tavern would occupy the building “within a year” have, sadly, proven false. However, 2011 did see the addition of Perpetual Motion by Chilean sculptor Francisco Gazitua to the west of the chapel; while I enjoy Mr. Gazitua’s work – many of his pieces, including a bridge, populate the CityPlace neighbourhood – I’d rather see commissions go to local sculptors who better know the area’s history. 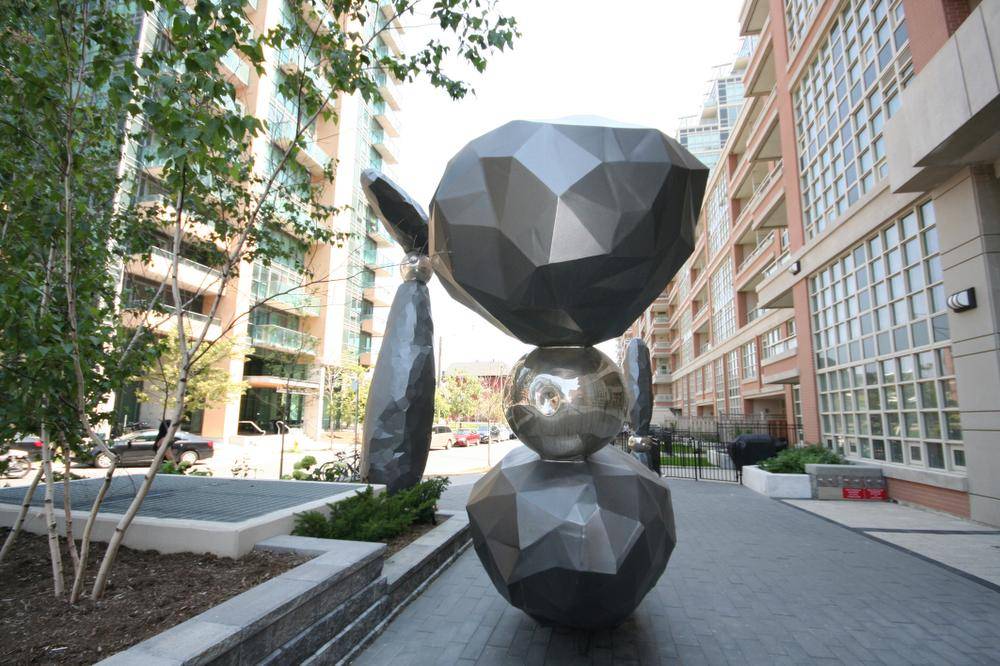 Speaking of which, Swiss-born, New York-based artist Olaf Breuning’s Guardians took up residence in front of 85 East Liberty St. this past October. And while 65, 75 and 85 East Liberty St. may not win architectural awards for their innovation (the large, gridded windows are a nice touch), these striking figures – inspired by Easter Island moais – are a welcome addition. 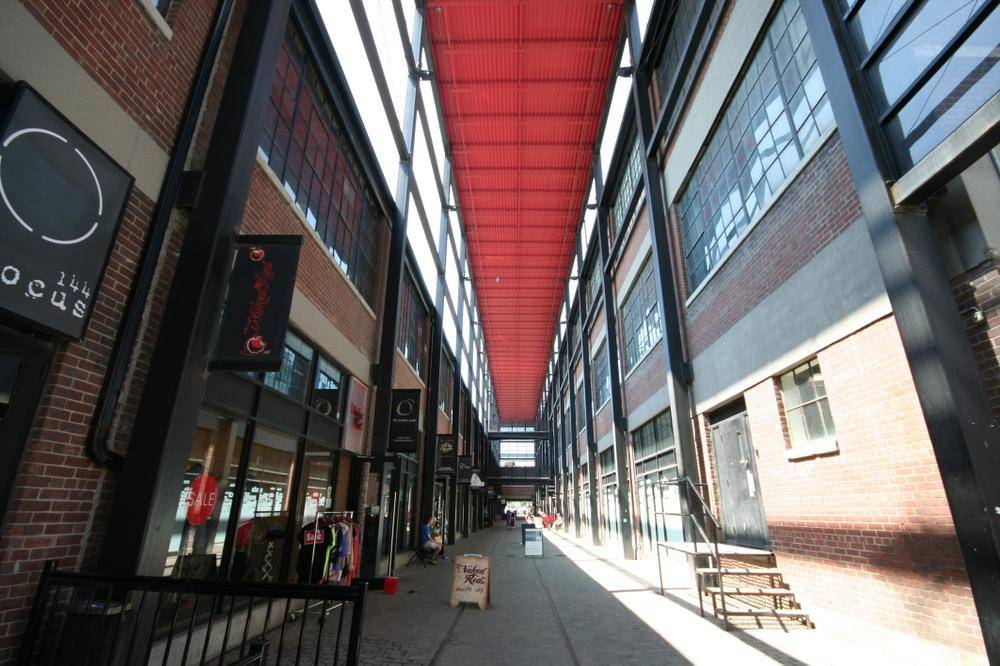 After noting that CanAlfa’s new condo at No. 150 is one of the few to incorporate red brick into its design (octogenarian architect Jerome Markson once reminded me that “Toronto is a red brick city”), I was drawn toward more red brick, this time in the form of an old boiler house at No. 165 (now a pub), and beside it, an inviting covered walkway that follows the path of old railway tracks between a former munitions factory and another building at No. 171 (both housing retail). While I love the smaller scale of these buildings and how they contrast with their tall smokestack, the city recently approved partial demolition and re-development with added height and density (as neither is on the city’s heritage inventory). Sigh.

To the north on Snooker Street sits the “strip mall” with the grocery store. While a walk past was not on my agenda since it didn’t match my friend’s walk, I will admit here that it doesn’t bother me: It serves a purpose, it’s tucked away from the high street, and it’s walkable for the entire community.

The old Irwin Toy building at Hanna Avenue was next. While I outlined the complex renovation by Quadrangle in a March, 2008, column, I still get a kick out of seeing this gem, and how packed the coffee shop is; here, also, is where East Liberty changes to Liberty, narrows, and a feast of heritage buildings await. 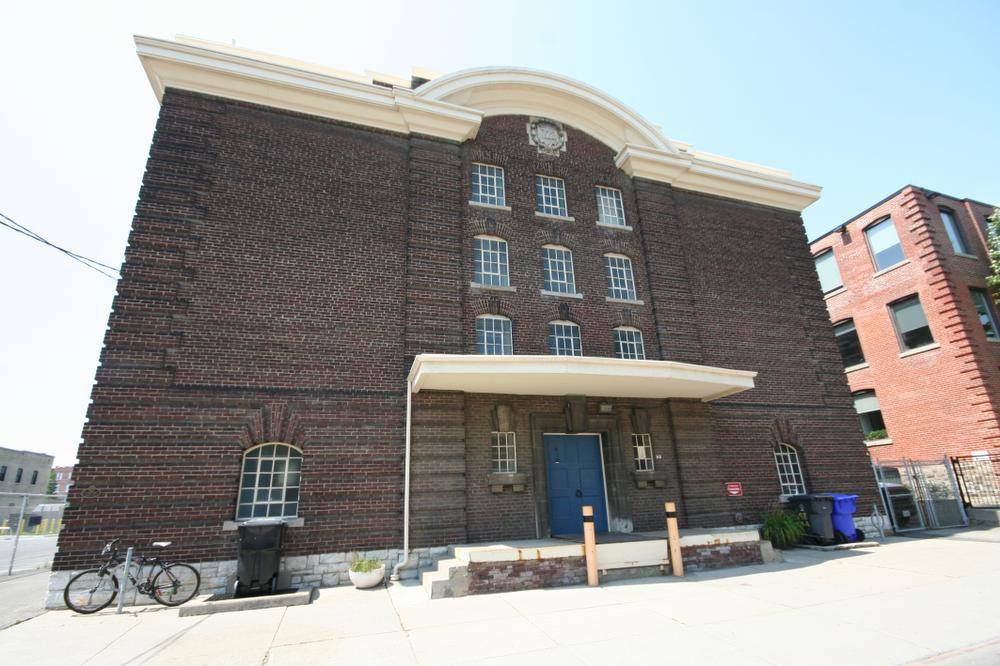 Past the Brunswick Balke Collender Co. building (1890) to Atlantic Avenue, I cheated and jogged north to take in the curved pediment and chocolate-brown brick of the Bank of Commerce Book Vaults building (1912). After Lamport Stadium, it was onto the delights of “The Castle” at No. 135 Liberty (home of E.W. Gillette in 1912) and the massive Toronto Carpet Factory complex (1899 – 1920). While there are fewer people and activity here on weekends, it’s humming on weekdays.

So what will I tell Mr. Wigmore? Like him, I was impressed. While it’s certainly no Distillery District – Toronto’s version of touristy Old Montreal – enough heritage remains that it’s anything but another condo enclave. Some sections are overdeveloped, but others leave room to breathe and take in one’s surroundings, and often those are beat-up, industrial and oozing heritage. The repetitive nature of some condos doesn’t offend, but rather keeps the focus on street-level activity; besides, if every new building were a sculptural one-off, Liberty Village would be a pretty bizarre place. The green space problem is no worse than other downtown neighbourhoods, and the amount of hardscaped areas such as piazzas and widened sidewalks is increasing. Take a walk and see for yourself. 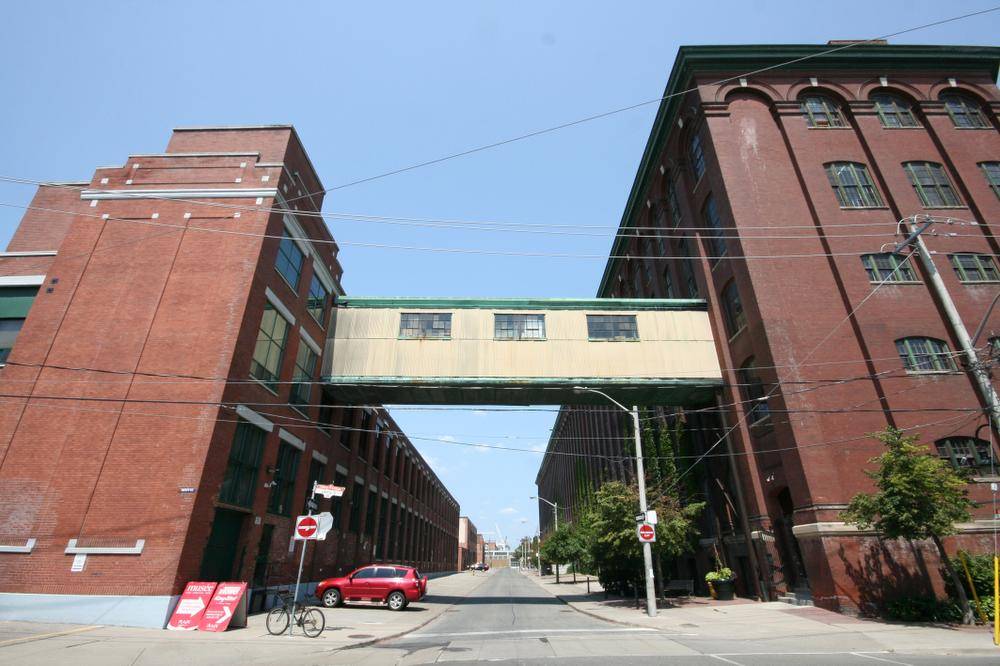 For those who’d like to know more, check out this City of Toronto 39-page planning document: http://bit.ly/1uijErJ