Ten years have passed since the launch of the big, talkative, landmark show called Massive Change, which went on a tour that eventually took it from Vancouver to Toronto’s Art Gallery of Ontario, then on to Chicago. Organized by designer Bruce Mau and the Institute Without Boundaries, a Toronto work-study design program, the exhibition and the accompanying book showcased gadgets, systems and ideas that promised to heal some of contemporary humankind’s most urgent maladies – slums, starvation, economic under-performance and much else.

“Our world now faces profound challenges, many brought on by innovation itself,” Mr. Mau declared in the book’s introduction. “Although optimism runs counter to the mood of the times, there are extraordinary new forces aligning themselves around these great challenges, around the world. If you put together all that’s going on at the edges of culture and technology, you get a wildly unexpected view of the future.” Massive Change, the show and the book, gathered up the artifacts of this impending future from fields of endeavour ranging from wheelchair design and waste management, to environmentally friendly rapid transit, product distribution, nanotechnology and legal reform – and, of course, housing for the multitudes.

Since seeing Mr. Mau’s panoply a decade ago, I have been on the lookout for “massive change” in the world of residential real estate I’m busy with. I have found little evidence for it, apart from the schemes for cheap, 100-per-cent, factory-built houses that surface from time to time, but never seem to go anywhere.

In the last while, however, I’ve been noticing a phenomenon in the housing area that is so far microscopic, but that could mushroom into something much bigger in years to come. Creative architects will probably not welcome this “massive change,” since it entails their elimination, or, in the best-case scenario, a severe restriction of their role in the building process. Builders won’t like it because in some forms, it threatens to put them out of work. I don’t like it because I believe designers should be energetically involved with their houses from first sketch to move-in day. The phenomenon is called open-source architecture.

Here is the general idea. Instead of hiring an architect to design your home, you download free plans to your personal computer from one of the websites now offering this service. Using free software such as SketchUp Make, you adapt the plans to your site, climate and taste, then build the structure when, where and as you like. 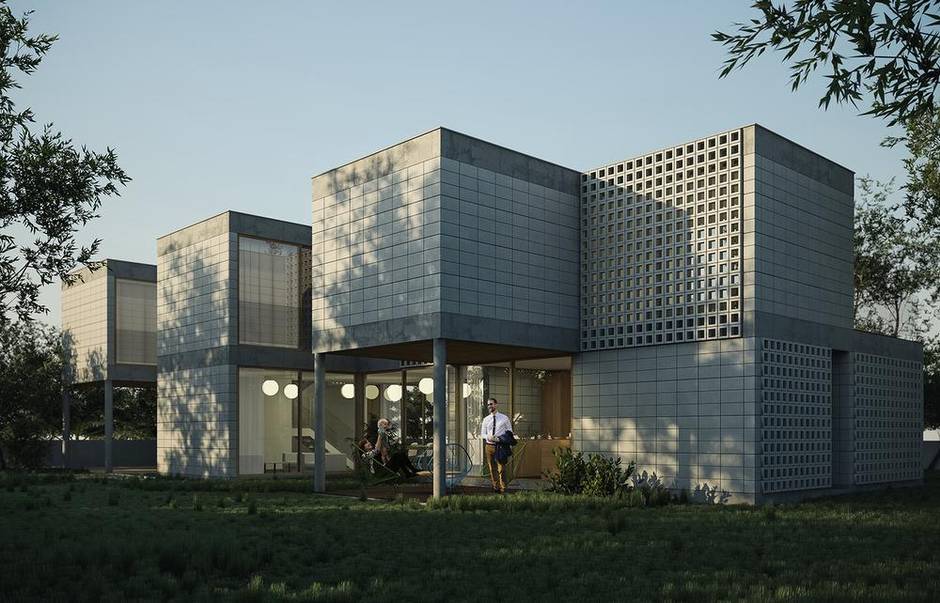 Paperhouses.co, for instance, currently offers plans for six sleek, contemporary houses for free and for nothing, created by reputable architects from different spots around North America and Europe. (Asked if she was comfortable with handing over her plans to just anybody, one of the Paperhouses designers, from Mexico City, replied: “Absolutely.”)

To put up one of Paperhouses’ sophisticated projects, you will almost certainly need the talents of a professional builder. More radical open-source solutions, such as the ones available at WikiHouse.cc, provide plans ready for transmission to a computer-driven machine that cuts up sheets of standard industrial plywood into numbered pieces, which can then be assembled, like Ikea components, by any handy do-it-yourselfer. You have no architect whose opinions you have to deal with. No builder. Just clad it, electrify and plumb it (if you choose), insulate it (if necessary), and your (admittedly small and mean) WikiHouse is ready to be inhabited.

Not that anyone is actually living in a WikiHouse yet. Not that any responsible zoning authority in the developed world would allow a plywood-framed home to be permanently situated in its jurisdiction. 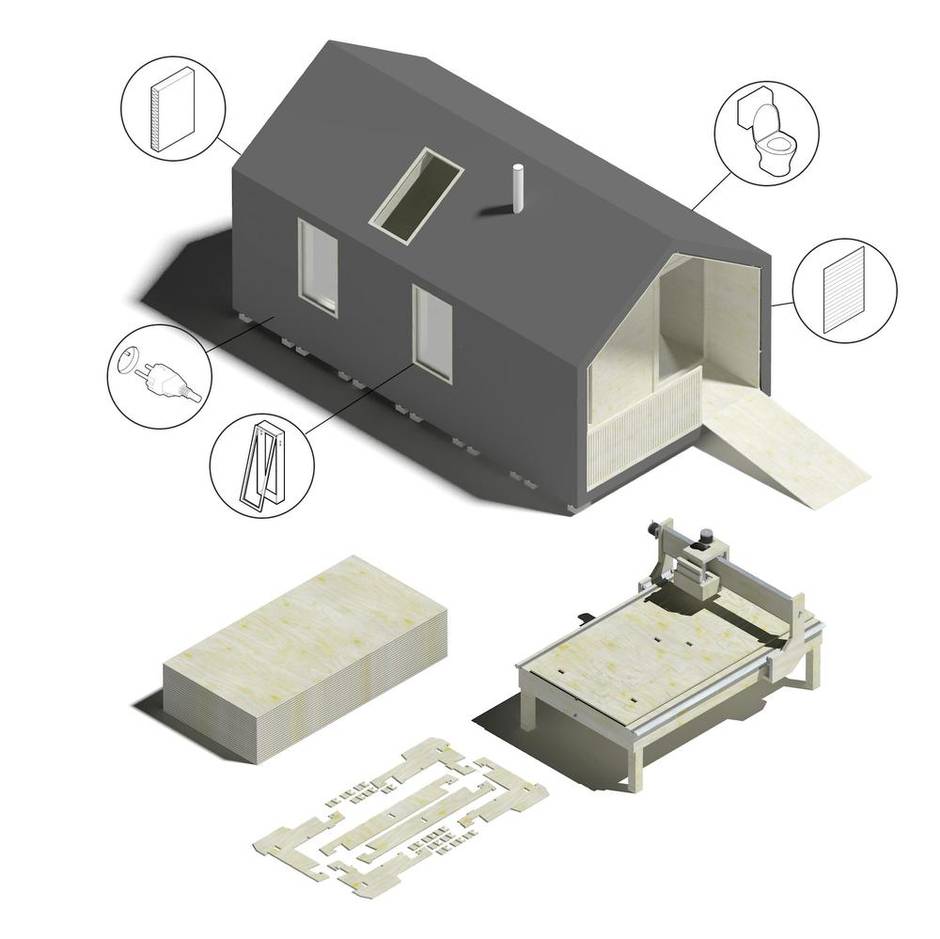 But WikiHouse is one of those utopian ideas that stick in your mind.

Conceived a couple of years ago by London-based designers Alastair Parvin, Nick Ierodiaconou and friends, this highly collaborative, communal, open-source venture proposes to make universally available the workable plans for quick-built, inexpensive, effective shelter. It’s not a new dream. The provision of such housing has been a venerable, persistent aim of high architectural modernism (and of suburban developers) for more than a century.

While I can’t see a place for the WikiHouse in the post-industrial West as anything more than a boutique item, the designers may have hit on an efficient way to put mass-produced roofs over the heads of the homeless and the under-housed in disaster areas and in the developing world’s crowded cities. We will know for sure if some enterprising investor or development agency picks up the idea, runs with it, and makes it work in the real, unfortunate world.

Paperhouses, WikiHouse and the very notion of open-source design appeal to critics who would like to see the empire of architecture disestablished, freed from its high-priestly elite and democratized. Open sourcing, as we have it now, will not cast off any shackles. But it just might be one of those tiny “massive changes” that optimists such as Bruce Mau have said are emerging in our midst.