A scene from Mad Men: Don Draper is riding in an elevator with two other men who are carrying on a spirited locker-room conversation about the female body. One of them is wearing a hat.

The elevator stops and a smartly dressed lady enters. The two men continue to chatter as if they were alone in the car. The lady is visibly discomfited by the rough talk. Although she tries to ignore the men, her uneasiness rouses the chivalrous side of Don’s character.

He tells the man with the hat to take it off. The man does not comply. Don tells him again. When he still doesn’t do so, Don knocks it from the man’s head, thereby gallantly enforcing a widely-held rule about elevator behaviour: Men shall not wear hats while taking lifts.

But the rules don’t end there: When sharing an elevator with strangers, one shall be silent and do nothing conspicuous. If talk is absolutely necessary, it shall be quiet and, of course, decorous. An elevator is a public place, after all.

Andreas Bernard, the editor of Suddeutsche Zeitung, Germany’s largest-circulation daily newspaper, became interested in elevators while watching television advertisements that snag the viewer’s attention with comic violations of conventional elevator rules. In his wonderfully informative and readable Lifted: A Cultural History of the Elevator (NYU Press, about $25), Mr. Bernard recalls, for example, an ad for Axe men’s deodorant in which two strangers, a beautiful woman and a nerdy, presumably undesirable guy, are travelling together on a lift. The woman sniffs the Axe scent lingering in the car. Suddenly excited, she hits the “stop” button – and you know what happens next.

Countless films, stories and TV programs have told us what hitting the stop button in an elevator usually means: They have been telling us for decades that lifts are peculiar places where anything can happen. But the producers of Mad Men, the Axe commercial, and films, stories, and TV program set in elevators aren’t the only contributors to the myth and lore of this technology.

The lift has been exhaustively discussed, analyzed, variously fought over and praised by architects and engineers, social workers and psychologists, urban planners and politicians and workers in purely imaginative fields in North America and Europe for well over a century. Mr. Bernard’s mosaic of fact, opinion and anecdote features bits and pieces mined from a rich vein.

He tells us at the outset that he has used “novels and plays as well as legal regulations, articles from professional construction engineering journals, medical treatises, and handbooks on public hygiene to come to grips with what one might call the ‘imaginative organization’ of the building within a particular time period.” He describes his book as an “attempt to restore to the elevator, an object that has become dull and inconspicuous in the 21st century, the lustre of strangeness.” 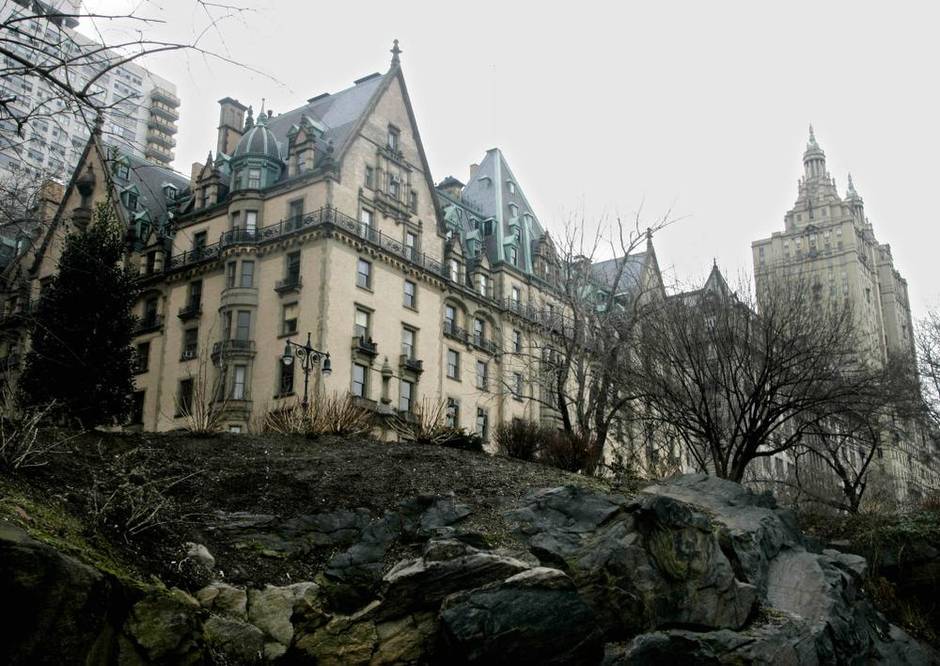 When the Dakota opened in 1884, the upper class shunned the top level – a sentiment held over from a time when people had to walk up. Peter Morgan/Reuters

Some of Mr. Bernard’s most engaging pages have to do with the changes of “imaginative organization” in the multi-unit residential building. In the view of their many critics, the tenement blocks that went up in large cities across Europe and North America during the late 19th century were centres of blight and urban ruin. The top-most flats were the worst. The children of people forced by poverty to live on the upper storeys were more likely to die in infancy than those in families closer to the ground. The stairwells connecting the floors were crowded, unsanitary.

Movements for better housing proliferated in the fin-de-siècle – but the elevator became the key technical tool that ended the tenement era. By 1870, there was an elevator in a New York apartment house. By 1890 in Chicago and Manhattan, the new form of multi-unit housing – a tall, steel-framed stack of floors opening off a central elevator shaft – was firmly established, and would remain the norm ever thereafter.

The stairwell was summarily demoted. “In the course of only one or two decades,” Mr. Bernard observes, “the traditional means of vertical access was pushed into the background, downgraded from a grandiose structural element occupying the centre of a floor to a mere escape route.”

For the first time in the history of dwelling, upper floors became as accessible as ones lower down. But when Manhattan’s luxurious Dakota opened in 1884, its carriage-trade clientele could not be persuaded to live on the upmost levels. It would take a few more years – New York’s 41-storey Ritz condominium tower was built in 1926 – before life at the top became as desirable as it is today.

Lifted is a spaciously researched and thought-out popular history. It can be read with pleasure by anyone who has wondered how residential buildings got to be so tall. Andreas Bernard doesn’t provide any tips about elevator etiquette. But his imaginative book contains just about everything else most people might want to know about elevators and the ways they have shaped the contemporary city.