The burgeoning of residential towers in the wasteland between Toronto's Union Station and the Lake Ontario waterfront is among the most conspicuous visual expressions of the city's ongoing condominium boom. And it's transforming the way we think about the deep-downtown core.

The highest points on the skyline will shortly cease to belong only to banks, skyscraper architect David Pontarini explained to me last week. He used an enormous three-dimensional model of downtown to drive home his point.

Sure enough, the model showed that the condo towers already in place, under construction or proposed in the once-desolate area south of the railway tracks will eventually add up to a conglomeration of residential buildings about as dense and high as the cluster in the financial concentration just to the north.

Mr. Pontarini's demonstration was meant to convince me that, viewed on a metropolitan scale, the large, very tall multitower complex he is planning for the so-called One Yonge Street site makes perfect sense. (This spot at the corner of Queen's Quay and Yonge Street is owned by developer Pinnacle International and is currently occupied by a parking lot and the low-rise and highrise facilities of the Toronto Star newspaper.)

And indeed, it does make sense – at least when seen, as Mr. Pontarini suggests, from a considerable altitude. Glimpsed from up there, the first few miles of Yonge Street will soon seem like a narrow corridor lined by massive buildings, including Great Gulf Homes's 75-storey One Bloor and MOD Developments' 60-storey Massey Tower, both designed by Mr. Pontarini. Adding an 88-storey skyscraper, together with a few other companion-pieces ranging between 40 and 80 storeys, at the bottom of Yonge Street will merely be like putting a "bookend" (the architect's word) on a long shelf of large "books" that already exist (or will soon exist).

But there is a problem with this argument. It's that people don't usually live at a metropolitan scale. Our horizons are smaller, and the city we actually live in is seen from a perch that's far more intimate than a bird's-eye view. While those of us who write and think about architecture enjoy imagining buildings as sculptural objects, abstracted from the grand scheme of things, the facts I'm underscoring here are often best understood by people closest to the ground.

Take, for example, the members of the York Quay Neighbourhood Association (YQNA), which represents home owners and other residents of the area around One Yonge Street and Waterfront Toronto's revitalized cultural complex at the lake's edge. According to Ulla Colgrass, a long-time active participant in YQNA whom I spoke with, the neighbours are "very concerned" about the congestion that could result from the addition of thousands of people at One Yonge. (Mr. Pontarini's scheme calls for about 4,100 units of new housing, he told me.)

"We are already gridlocked," Ms. Colgrass said. "[Waterfront Toronto] has spent millions of dollars to make the waterfront attractive, but access to it will be difficult." Though unfamiliar with the proposal for One Yonge, she is a critic of what she considers to be a monotonous array of glassy condo blocks that are going up in her part of town – and she hopes Mr. Pontarini's scheme will not be just another one. "We want shops and restaurants facing the streets, libraries, schools, hospitals," she said. "Not everything has to be on a huge scale. We want spaces for outdoor markets and art shows."

As the One Yonge application starts winding its way through the city's bureaucracy, and public meetings get underway, we can expect to hear plenty from Ms. Colgrass and her colleagues in YQNA. But the experts will also be weighing in.

One whose voice I'll be listening for is the astute and city-sensitive urban planner Ken Greenberg.

"What is happening is an extraordinary shift in density and land use in the city," Mr. Greenberg told me last week, "but we are not facing up to the consequences. If we want to be capable of living with that density, we have to step up and deal with the quality of the public realm, services, public transit. It's not just about condo buildings. It's about transforming all the resources of the city."

At fault is the entire planning regime at city hall, which, he believes, deals with each proposal that comes to it in isolation from its role in a more general vision. "You never see a plan in relation to another, what ties them together. It's so inhospitable and ungenerous. That's what has to change."

Several things about Mr. Pontarini's proposal remain to be seen. The appearance of the towers, for example, is still undecided. But though all the details are not public, we can hope that One Yonge will spark a fresh round of public discussion about the kind of city Torontonians need and want. 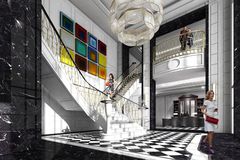 Some thoughts on how to recycle Regent Park’s towers
March 28, 2013 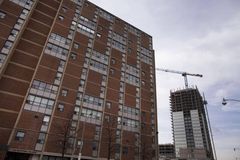 A Modern home retooled for a new generation
March 14, 2013 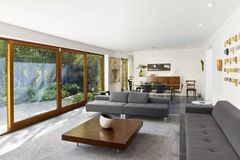