Ever since the Royal Ontario Museum (ROM) switched its main entrance from Queens Park to Bloor Street West five years ago, the first thing a visitor has seen, when exiting architect Daniel Libeskind's controversial extension of the venerable treasure house, is the McDonald's across Bloor Street West.

It's long been the wrong outlet in the wrong place. The visual punches thrown by Mr. Libeskind's building, the handsome overhauls by Kuwabara Payne McKenna Blumberg of the Royal Conservatory next door and the Gardiner Museum of Ceramic Art around the corner, the establishment of this stretch of Bloor as the most upscale shopping district in Toronto: all these recent cultural transformations have made a dumpy fast-food joint in the midst of this high-style, refined activity increasingly irksome.

I'm happy to report, therefore, that the McDonald's outlet will soon be gone. It is to be turfed out and bulldozed to make way for a new condominium tower that will, if we're lucky, complement and further the ongoing renaissance of Bloor West.

Designed by Toronto architect Rosario Varacalli for a consortium of developers - Bazis, Metropia and Plazacorp - the 32-storey structure, called Exhibit, is the city's first building to engage in an active architectural dialogue with Mr. Libeskind's flamboyant monument across the street. (I mean creative dialogue, as opposed to the grumbling one still hears from local architects and the museum-going public about what Daniel Libeskind has visited upon the city.)

While the exterior of Mr. Libeskind's ROM addition is black and grey and metallic, for example, Mr. Varacalli's tower will be sheathed in white fritted glass. The Bloor Street façade of the ROM is all elbows and knees jazzily jutting out from the central volume. Mr. Varacalli expresses his personal futurism by stacking four big multi-storey slabs of architecture, one on top of the other, then smartly rotating each and sliding it sideways off the vertical axis of the composition. Exhibit, then, will totter and twist up into the sky, while the ROM, despite its angular commotion, hugs the ground.

In other words, Mr. Varacalli's building will be a re-interpretation, in light of Mr. Libeskind's various manipulations of space, of the tall-building form in an urban context. Instead of slipping politely into the surrounding city fabric, like a routine modernist skyscraper is supposed to do, Exhibit will stand out, assertively defining the streetscape just as the ROM does. And instead of retiring from the fray of big-city life behind dull, opaque cladding - the worst thing about Mr. Libeskind's ROM exterior - Exhibit will show a bright, light and translucent face to the street.

Exhibit's unusual shape dictates wide variety in the suite configurations: Mr. Varacalli told me that there are 40 different apartment layouts in this complex of just 200 condominium apartments. The size of units range from around 600 square feet to 1,500 square feet for two bedrooms and a den that can be converted into a third bedroom. Prices for available one-bedroom apartments start at $600,000, Mr. Varacalli said, while the largest suites are priced at around $2-million. The top two floors of Exhibit will be devoted to penthouses.

The views deserve special mention. The ones from the upper three rotating volumes will open, to the south, toward downtown and Lake Ontario over the low block of the ROM and the campus of the University of Toronto. To the north, they will open across the stable residential Annex neighbourhood. The building will present a set of protected views, that is - a rare asset in a city increasingly populated by view-blocking high-rises.

An adjoining garage structure will offer eight floors of parking. Because the subway runs directly beneath the building, there will be no underground parking or basement. On top of the garage, Mr. Varacalli will roll out a garden with trees and a reflecting pool. The garden will connect directly to standard high-rise interior amenities - a fitness centre, a private dining room and so on. The lowest two storeys of the tower will feature shops, as befits a building that fronts on to a retail street like Bloor West. The entrance to the residences, crafted by designers Diego Burdi and Paul Filek, will be a mere slot in the street-wall of retail.

Toronto clearly doesn't need striking tall buildings of this kind on every street corner. The city still requires much patient, gentle care, if its basic texture is to be spared and conserved. But a theatrical gesture like Exhibit every now and then, especially in a high-pressure cultural zone such as Bloor West, is and should be welcome.

Time to revive my perennial garden in the sky
April 7, 2011 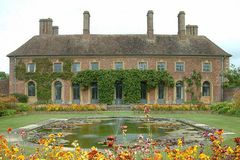 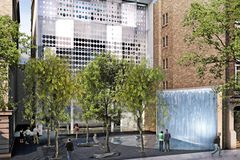 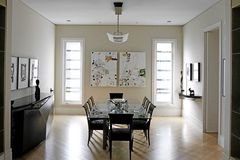