Strange bedfellows, the architect and the engineer. Yet, in our increasingly ecoconscious world, coaxing them to get under the covers has never been more important. So, when the engineer hands the architect a deceptively simple diagram of two boxes – one labelled "periphery," the other "core" – and asks "We want to put the black box in the white box – can you make this architecture?" the result becomes "Gemini House" at 31 Sussex Ave., as architect Michael McClelland describes it. And, the rest of us should pay attention, because it could mean new life for old buildings. The engineers in question are the University of Toronto's Kim Pressnail and Ryerson University's Russell Richman, both professors on a quest to lessen our collective hunger for energy.

The home is a turreted, 1880s Second Empire home owned by U of T that, frankly, needed some love anyway.

The mission was to take a house "that performs incredibly poorly, and then bring it to almost a Passive House standard" (a rigorous energy-saving protocol spearheaded by the Passivhaus-Institut in Germany) by performing "this crazy science experiment" on it, Mr. Stewart says.

The experiment, the "box-within-a-box" concept, meant creating a shell within the old home by significantly pulling in all of the interior walls in order to add gobs of insulation rather than just "stuccoing the hell" out of the outside, Mr. McClelland says with a laugh.

Further, within this new building, there would be a core zone and a periphery zone, each insulated from the other and controlled by their own thermostats. On the main floor, the core would contain the daily-use spaces, such as kitchen, living and dining rooms, while the periphery would contain non-essential spaces, such as the vestibule and the ballroom (remember, this is a Victorian home). Upstairs, bedrooms would be within the core, but a balcony-style home office, which overlooks the vestibule, would be part of the periphery.

This dual personality – hence the Gemini moniker – allows the occupant to heat only those spaces he or she needs. Most of the time, Prof. Pressnail explains, "you live in the core and you keep that at 20, 21 [degrees] and you let the periphery go down to five [degrees] … and then you have heat loss from the core to that perimeter space. And the idea is that, using a mechanical device, you basically pump the heat back into the core from the perimeter before it gets to the outside."

Adds Mr. McClelland: "It's a high-tech version of how a traditional house might have worked; Victorian houses, they all had doors on every room, so you just heated the room you were in … so it's kind of like that."

High-tech can be a misleading term, however. Yes, the home relies on a radiant floor system for its heat source and it has state-of-the-art, triple-glazed, German windows everywhere but on its handsome heritage face (original windows were retained). As well, it has a pair of energy recovery ventilators (ERV) in the newly-insulated basement crawlspace.

But the real "technology" lies in the design's penmanship, which, given practice, any contractor could adapt and build. A look at the section plan shows how the new interior almost "floats" independently of the old home; indeed, the gap between the two is so pronounced, there are two sets of windows at each opening and a person can stand in the space between them.

Slots on the floors of these window areas control solar heat gain. "So if it overheats out there we can pump it in here, or we can vent it," Prof. Pressnail says. "Usually when you have solar designs you get it when you don't want it and you don't get it when you need it."

And speaking of venting, the team ensured the new interior was equipped with a passive heat chimney. Cutting away the part of the second floor over the vestibule allowed for a remote-controlled hatch (just below the home's turret) that allows hot air to escape when necessary.

Also, a tube from the roof now carries natural light into the formerly dark stairwell. Interestingly, the entire staircase had to be raised to allow for the new, super-insulated floors.

Since this is Gemini House's first winter – after a two-year design-build process, the home has been ready for occupancy only since October – one of Prof. Pressnail's PhD students, Ekaterina Tzekova, has taken up residence to monitor performance and tweak as necessary.

Eventually, the home will house visiting professors in disciplines such as architecture, engineering or building science, plus be opened up periodically for tours and teaching purposes. To that end, informational plaques will be placed throughout to explain features and systems, and a "heads-up" display with charts, graphs and second-by-second readouts will be installed on the kitchen wall.

There is talk of Gemini II already, which could take the form of a new build or a mid-century modern home in Don Mills. Research gained by these Geminis can then be adapted to Toronto's stock of 1960s and 70s high rise apartments, where south-facing apartments can boil while north-facing units freeze.

While Mr. McClelland jokingly refers to this first project as "The Second Empire Strikes Back," it's no joke that this protocol could help save heritage homes of all stripes.

"It's been a kind of either-or scenario," he sayss. "People say: 'Sorry, it's a nice-looking house but we really have to wreck it to make it energy-efficient.' But we say: 'No, no, no, it can actually work compatibly.' 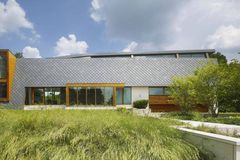 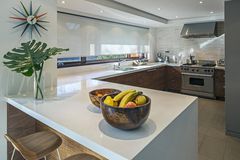 In east Toronto, an infill home that sets an example
November 28, 2013 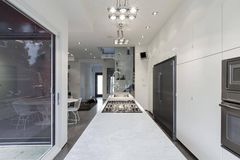