Many a client has paid many an architect to tear out walls and partitions and open up long, clear sight lines inside elderly Hogtown dwellings. If I’m right, most people thinking about an overhaul nowadays are comfortable with the open-plan concept of spatial organization. 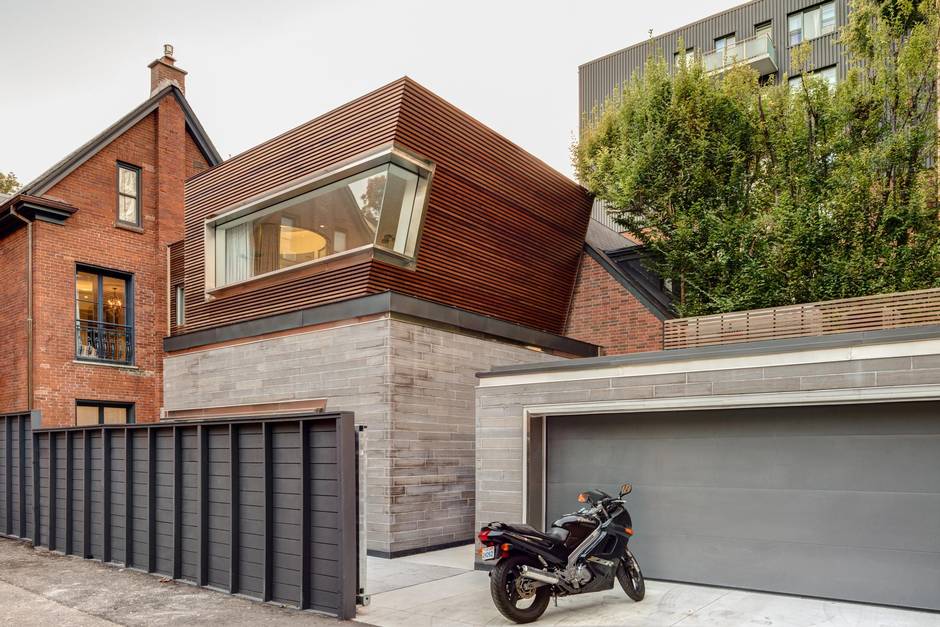 All photos by Arnaud Marthouret/Revelateur-Studio.com 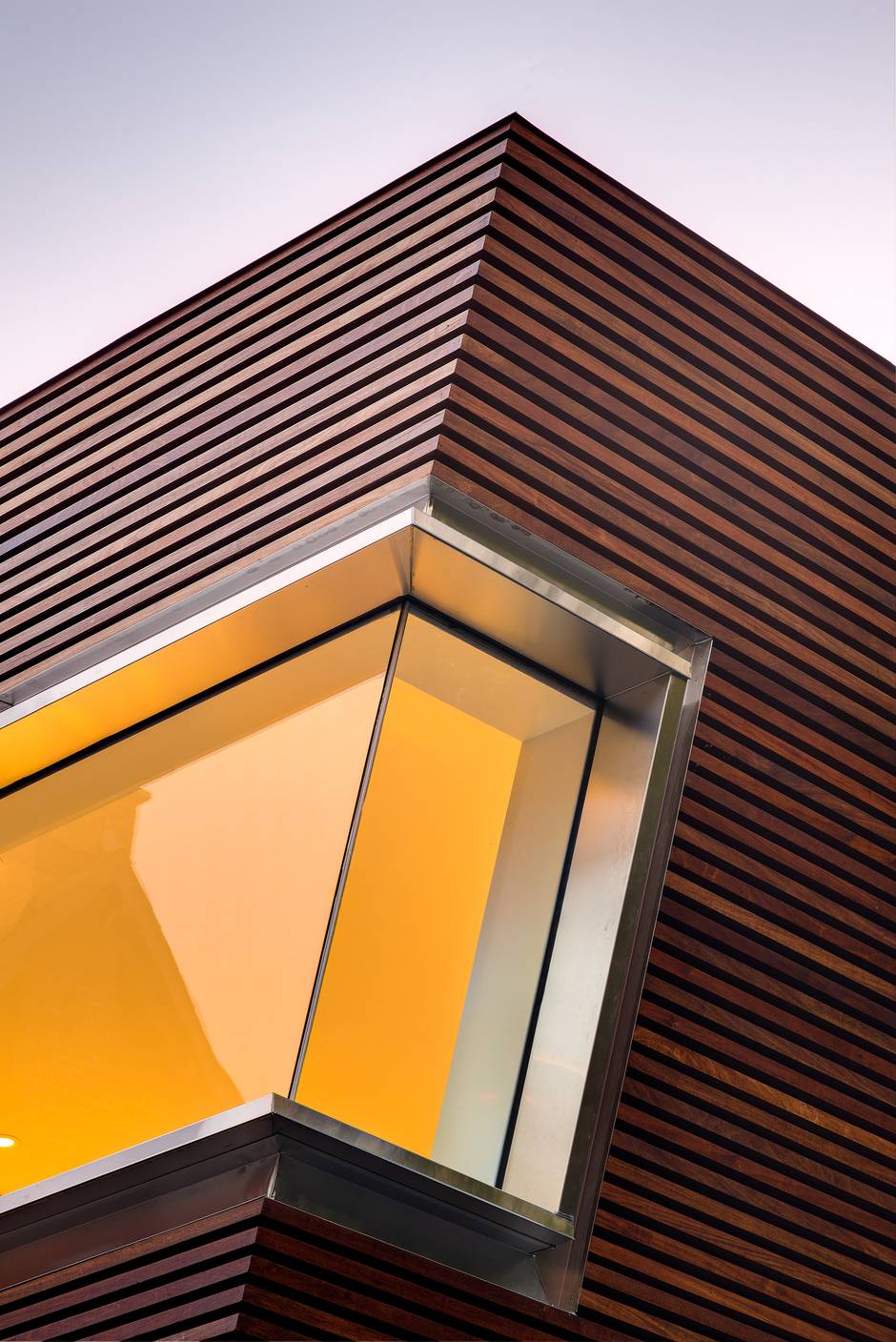 That’s most people, however – not all. Last week, I visited a brick and stone Romanesque Revival house in Toronto’s Annex neighbourhood that Gianpiero Pugliese, founder and principal of Audax Architecture, and Tomas Pearce Interior Design have imaginatively refashioned for a young family who definitely aren’t most people.

From the looks of their renovated house, they apparently liked the ponderous styling of the original, its inclination toward a certain posh melancholy, the sense of falling twilight characteristic of the North American Romanesque. They also liked and wanted to preserve the builders’ divvying up of the main-floor interior into several programmatically unique rooms. Although he carved out a new, long corridor between the vestibule and the kitchen – a touch of the open-plan idea – Mr. Pugliese successfully fulfilled his clients’ desire to maintain the stalwart propriety of the structure. 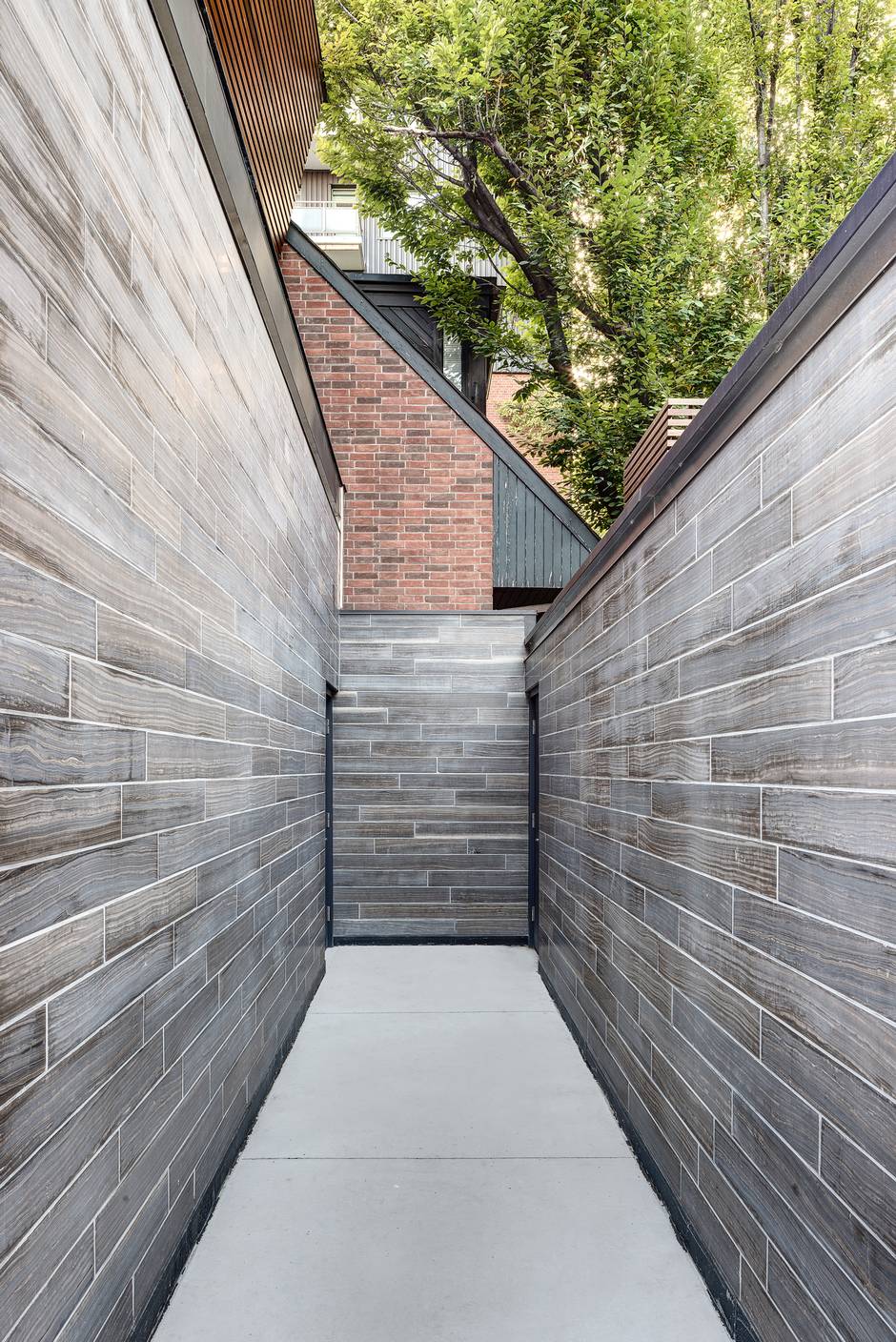 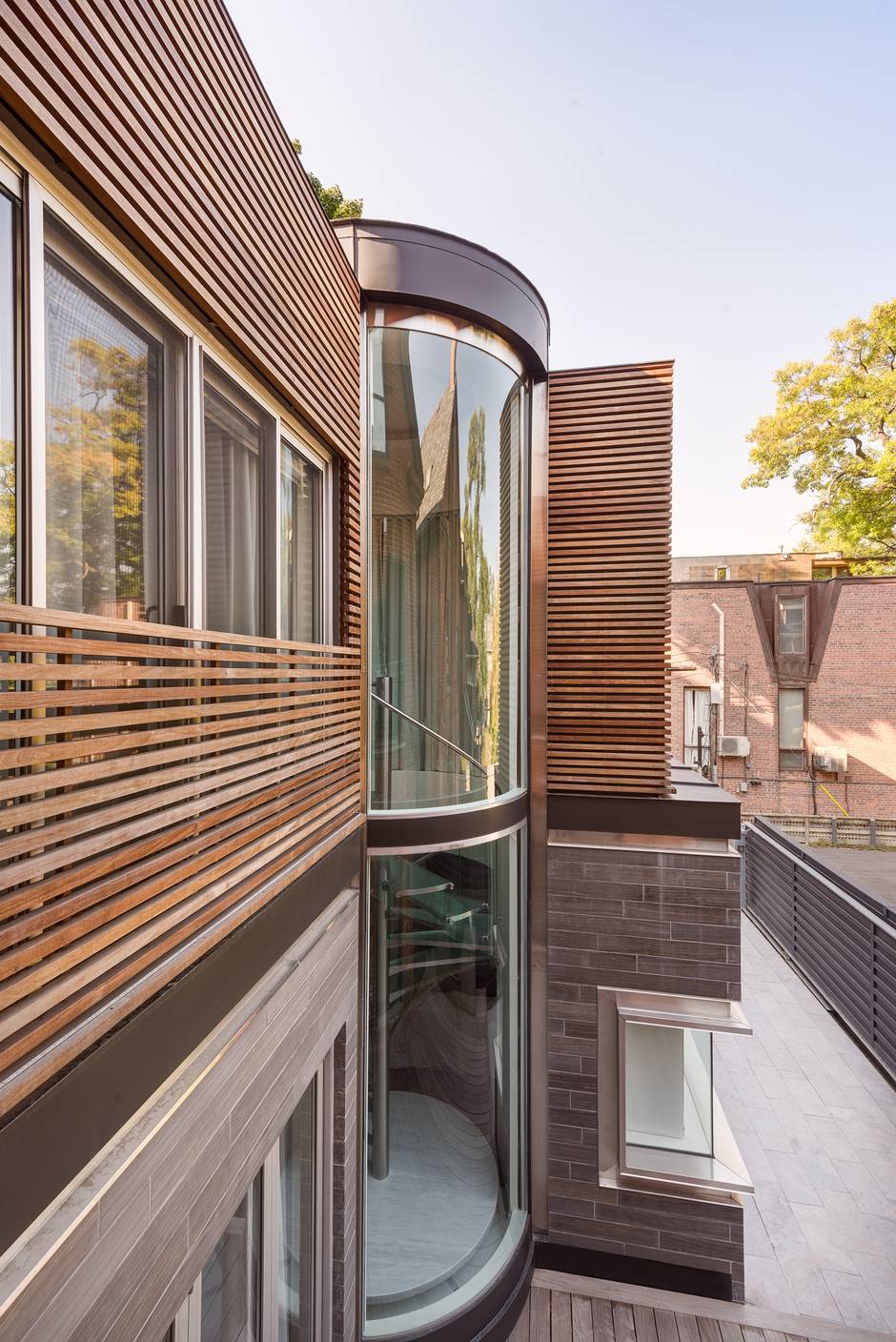 Take, for example, the stately sequence of spaces on the main level.

Just behind the three-storey building’s somewhat gruff street-side façade is a heavily curtained formal living room that is indeed formal, devoid of a whiff of the TV or family room, and antique-seeming despite its modern furniture. This place opens, through a portal framed by tall classical columns and entablature, into a music room dominated by a grand piano. The music room, in turn, adjoins the enclosed formal dining room, which is defined as a place of serious ceremony by its wine-red patterned fabric wall covering and its sombre appointments. The large, excited abstract-expressionist painting on one wall accents the space, but does not temper its solemnity.

If my description is making the house seem oddly staid, even stuffy, that’s because it is – or at least the part of it I’ve mentioned is. But I’ve not yet told you the whole story.

In their extensive renewal of the property – Mr. Pugliese put on a new roof, repointed the exterior brickwork and did much else – the clients wanted more than the re-creation of an atmosphere of the 1890s. The brief to the architect also expressed their need for informal as well as more starchy territory, where the young couple and their two toddlers could grow up together, relax and play together, and for a zone where the man in this household could pursue his passion for music. 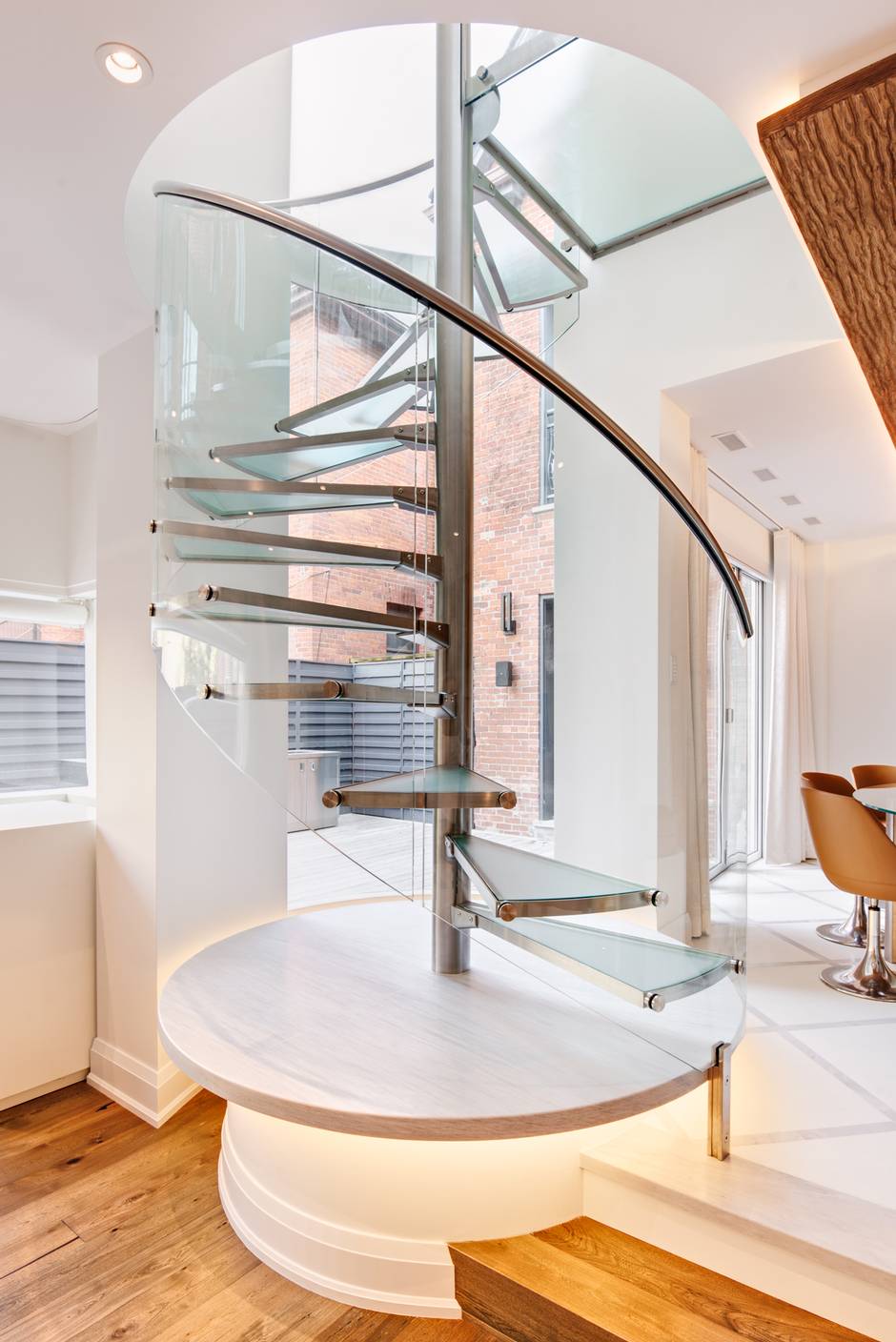 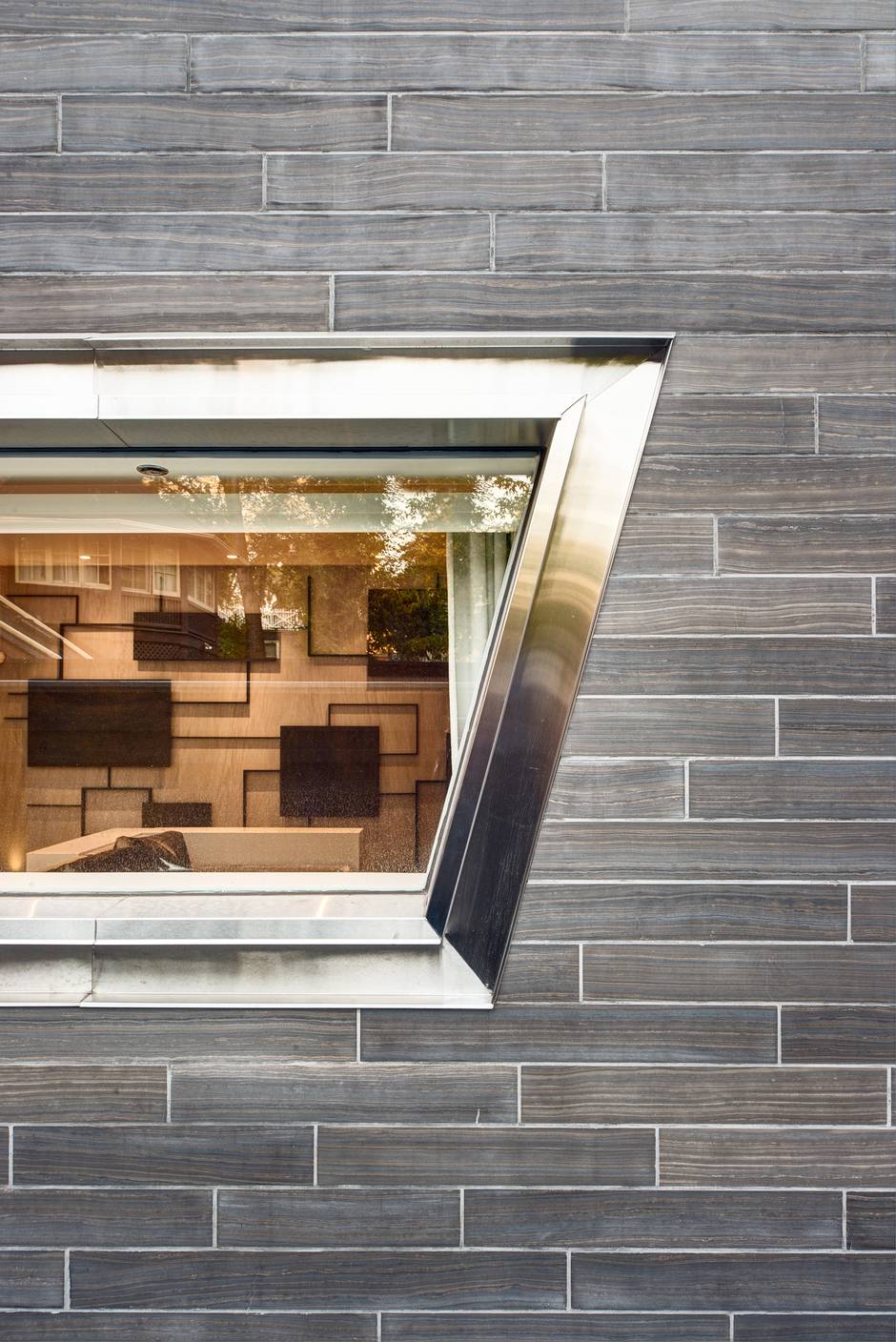 Although big by downtown Toronto standards – the above-grade area is 4,350 square feet – the old house was considered by its owners too small for their complex needs. They could not go up because of the city’s zoning and heritage regulations. This meant they could go either down or out, and Mr. Pugliese devised a scheme to enlarge the house in both directions.

Burrowing deep, he created a finished sub-structure that now extends over roughly 3,400 square feet – much of it taken up by a recording studio and storage for gear, electronic equipment and instruments.

Into the back garden, the architect has shoehorned a detached two-car garage and a two-level pavilion, just under 1,700 square feet in area, connected to the main house. The two-storey building contains, upstairs, a bedroom overlooking back yards along the street, and, downstairs, an ample family room joined to the kitchen.

This modernist addition does not compete artistically with the robust old house it stands next to. It is modest and polite – as well it might be in a neighbourhood whose Victorian fabric is jealously guarded by residents and city officials.

Mr. Pugliese’s small building, however, is hardly an afterthought casually dropped into an Annex back yard. The materials used on the exterior – Eramosa limestone cut to reveal the tracery of the grain, ipé, zinc, steel – are not uncommon, but their deployment here is notably refined and well-considered. Best of all, the architect has demanded and obtained a high level of craftsmanship in the realization of his precise, compact idea.

On May 8 in Hamilton, the Ontario Association of Architects will give Mr. Pugliese a design award for the pavilion. But the whole project – the remodelling of the interior as well as the contemporary addition – deserves a nod. It’s a recent incarnation of his office’s philosophy, which he calls “human architecture.” A colleague in the firm described the approach as one that “aims to marry traditional architecture and a modern aesthetic.” The strategy’s goal “is to bring back many of the human-scaled and relatable elements of building design from the past that were lost with modernism.”

Now that I’ve gotten a glimpse of what “human architecture” is about, I look forward to seeing where Mr. Pugliese’s ideas lead him next.