These are the questions asked of us by Heritage Canada The National Trust, a non-profit organization dedicated to the preservation of places, mostly architectural. The charity has just released its annual top-10 list of most endangered structures in Canada, and an eclectic list it is. It includes a little-used airport lounge in Gander, Nfld., a hulking steel box designed to house a mine elevator (for a now-unused mine), an unpopular cinema and a couple of churches.

Some of the buildings are the kind of thing you would imagine an architectural trust trying to preserve: an ornate 19th-century commercial building in downtown Guelph, Ont., for example, and a string of disused lighthouses across the country. They are at least pretty. But the abandoned industrial properties are more difficult to love.

The Robertson Headframe in Yellowknife, for example, is the tallest building in the Northwest Territories. It is a steel tower, a rectangular box with a distinctive red cap, that housed a hoist over a gold mine. It can be seen for miles around and serves as a navigation guide to boats on Great Slave Lake. The mine closed in 2003, though, and the owners want to tear it down. The city estimates it will require at least $500,000 over the next decade to stabilize and maintain the tower. No one can decide what else it might be used for.

Locals with a sense of history want to maintain the tower purely as a symbol of the city's mining past. A skeptic might point out that this yearning is dangerously close to nostalgia, and wonder if that value is worth being indulged at huge public cost.

These are emotional issues. Similar pleas came up in my own city recently, when a couple of commercial landmarks went on the auction block. First, there was a giant sign made of electric lights – the Sam the Record Man sign that had adorned Toronto's Yonge Street in its tackiest heyday, an image of two spinning records. The store closed and people wanted this huge garish memory preserved somewhere. There were acrimonious arguments about its treatment, as if it were a rare and precious piece of art.

Then, word came that one of the ugliest buildings ever built anywhere – Honest Ed's Warehouse, a sprawling, flat-box discount store decorated with more light-bulb advertising – was about to close. You'd think it was some great religious temple, so plangent were the paeans to its architectural grandeur. Its supporters derided "gentrification" as if the accumulation of wealth was a terrible societal plague.

Clearly, nostalgia was really the only aesthetic philosophy at work here, the sense that the city would be ruined if the landmarks that defined one's childhood were removed.

I didn't grow up in Toronto, so I couldn't figure out what the emotion was about. These were cheap, ugly, commercial things, and I am relieved to see them go.

Views on the historical value of ugly buildings have changed recently, though. There was a time when we dismissed the unfashionable past and were happy to destroy it; we are enlightened now, enough to recognize that even buildings currently thought of as uncool may have architectural significance, and that future generations may look at them more fondly. The brutalist institutional buildings of the 1960s and 1970s are examples of this – hideous hulking concrete things that nevertheless represent a freakish aesthetic trend and a set of political values. Councils and committees are now trying to preserve even the most grotesque of them the world over, as well they should.

Some of the Heritage Canada The National Trust choices for preservation are neither unusual nor awesome, though. One on their top-10 list is a mid-century cinema in downtown Edmonton. It's an adequate example of a very common kind of toned-down International Style modernism, and has some stone on the façade. But it's a cinema, and cinemas are closing all over the world, like bookstores and record shops, because of technological and economic change.

I can't help but wonder if the response to the demise of this cinema is not actually a deeper lament – a longing for the age of cinemas generally, for the cinema experience itself. Everybody's sad about the vanished pleasures of childhood, of course. Isn't this a bit like yearning for the earthy smell of stables and the hot iron of smithies?

Similarly, the Trust is concerned about the demolition of old houses, "character houses" they call them, on Vancouver's West Side. These are being torn down to make way for new monster homes that often serve as investments rather than inhabited dwellings. I know a lot of Vancouverites who are equally dismayed about this trend.

But objections to the free trade in privately owned houses are not merely aesthetic. This is a political question, involving a concern for wealth inequality, foreign ownership, all kinds of things. It's rare for city councils to try to rectify these global economic problems with bylaws. Objection to development of this area is an objection to capitalism itself – one that Vancouver activists are more honest about, I think, than our National Trust is.

Let's preserve our great architecture and our historic sites, by all means, and let's be open-minded when it comes to architectural value. But let's not confuse a pride in history with a vague and emotional sense that everything was better in the past. 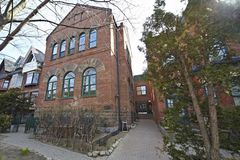 Vancouver aims to slow rate of heritage house demolitions
May 12, 2018 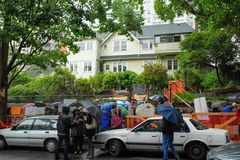 Historic building in Halifax being torn down for new condos
May 12, 2018 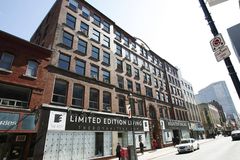