After the gravitas of Woodward's, the comprehensive mixed use project in Vancouver's Downtown Eastside, Gregory Henriquez's latest residential project – a 14-storey tower at 6th and Fir – exudes a sense of levity.

It is much smaller scale, of course, and much less politically charged than the one-million-square-foot project comprising an entire city block that firmly established Mr. Henriquez's reputation. But design-wise it emanates transparency, as opposed to the solidity of Woodward's, so grounded in a sense of heritage and community history.

"It was a real pleasure to design the tower at 6th and Fir," says Mr. Henriquez, and after the huge scale of Woodward's, "an architectural delight."

Mr. Henriquez enjoyed the experience of working with an "intimate team" – primarily with his colleagues Peter Wood, Dallas Hong and Frank Stebner – as opposed to the team of 20 that worked on Woodward's. But the sense of community imperative that runs through all of Mr. Henriquez's projects continues with this tower. 6&Fir will feature amenity contributions such as two artists studios and assistance with a new community park, as well as some limited mixed use retail spaces (with tenants to include YYoga.)

"Meaningful architecture integrates ethics and poetics," says Mr. Henriquez, who manages to bring a sense of both importance and humility to his work.

While Woodward's offered a plethora of "problem solving" opportunities, in this case, the challenges Mr. Henriquez faced were mainly site constraints – but ones that he used advantageously in terms of design.

Located in the newly named Burrard Slopes area of Vancouver – bounded by Kitsilano to the west and South Granville to the east – the surrounding built environment is almost exclusively low- to mid-rise commercial and light industrial use. But lately residential high-rises have emerged along the Granville Street and Broadway corridors, carving out a new community. So the plan for the new tower had to contend with view issues for surrounding neighbours as well as the off-ramp from the Granville Street Bridge that borders the site to the north.

"Because of the site constraints," relates Mr. Henriquez, "it almost designed itself."

A previous design for the site by Arthur Erickson/Nick Milkovich, was for a much lower, four-storey building – in accordance with city bridgehead guidelines.

But a four-storey building, explains Henriquez, would have "blocked light from penetrating into the south façade of the neighbouring low-rise building to the north. With extra height we could sculpt the form and kept it away from the off-ramp." Now the design is such that southern light can enter the surrounding green space and residents and neighbours can share views of the water and mountains.

A curvilinear shape, he says, seemed a "natural" way to address the issues of both view and separation from the bridge. In addition to its curved morphology, the building's façade sweeps away from the Fir Street ramp so the suites benefit from a re-orientation towards Burrard Inlet. A smaller, thinner floor plate and additional height help maintain density, while creating an elegant, elliptical form.

A series of little "skyboxes" – two-, three- and five-storey sculptural, rectangular forms – break down the scale and the mass of the building. Softening the façade, details like planted bamboo and wooden soffits differentiate units and offer interesting textural interplay.

"We didn't want a conventional tower," affirms Henriquez. "We wanted to create one with a distinct identity."

The landscaped skyboxes also have a practical as well as aesthetic function as they contain views and limit sight lines to and from the off-ramp, while the soffits, and the bamboo planted along the western edge, offer privacy and reduce noise.

This is no architectural monologue, but rather a dialogue with the off-ramp. Just as residents can look out at water and mountain views, so too can drivers coming home from work gaze up at a piece of civic sculpture.

"I think this is the most beautiful residential building I've designed," says Mr. Henriquez, and not without some self-interest. After all, he is one of those drivers returning from work downtown (to his home in Kerrisdale), who will benefit from a visual improvement to the skyline.

Indeed, Mr. Henriquez's work is grounded firmly in a love of the local. He has no international projects on the go, but is working on several different ones in the Lower Mainland. A new mixed-use residential project at 70th and Granville, not far from where he grew up, is in design stage, as is the new Telus complex downtown – integrating an office building as well as residential tower. Both projects, like 6&Fir, are designed for Ian Gillespie of West Bank development.

Henriquez's commitment to the local is partly he says, because he has a wife and children he "adores" and wants to stay close to home. But philosophically, he believes that "meaningful architecture has to be grassroots."

"I grew up here," says the 48-year-old architect," I believe I have something to contribute here – maybe not to say Chicago or L.A. " He speaks derisively of "a certain arrogance" inherent in the belief that "architects can transport their values and vision into another city."

Instead, he strives for "an intimate dialogue with the city and its issues." But despite his earnestness and idealism, he is also a realist.

"Not every building has to end homelessness," he notes, "not that it's not an important issue."

He is proud that 6&Fir, like the city that inspires him, is "a really lovely place to live." 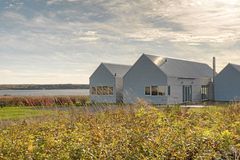 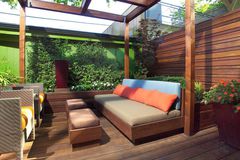 A design team builds on solid foundations - near and far
August 19, 2011 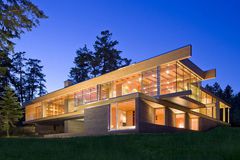