Although 2011 has just begun, design enthusiasts already have their engines running full throttle. While Milan's Salone Internazionale del Mobile, the world's largest showcase for contemporary furniture design, isn't held until April, plenty of other shows get out of the gates early. One of the most influential: Paris's Maison & Objet fair, which closed on Jan. 25. Attracting tastemakers from around the globe for a peek at the latest developments in interior design, the fair, which sprawled over eight warehouse-sized halls, offered plenty of hints about where design is going in the year ahead. Here are a few of the top trends and products that should be trickling into showrooms and design shops in the coming months.

Have you ever been enticed by the shape of a chair - only to find that sitting in it is an excruciating experience? A number of designers are working to ensure that never happens again. One of the hit pieces in Paris was the Ploum sofa by France's Bouroullec brothers for Ligne Roset. Shaped like a puffy banana, it uses surprisingly cushy foam (think of a high-jump crash mat) and high-tech, spandex-like upholstery to offer the ultimate in squishy plushness.

Aiming for a similar objective but taking a totally different approach, London's Donna Wilson looked to the past for inspiration and came up with the Munro sofa for SCP. The deeply stuffed couch does away with foam and returns to springs, natural fibres, animal hair and wool for old-fashioned comfort. The sofa's upholstery pattern, however, is trademark Wilson, sporting a bright, geometric design.

And for cushion underfoot, there was also the new Dot carpet by Scholten & Baijings for Denmark's Hay. Made from hundreds of individual balls of thick felted wool, the rug is incredibly fun to trample.

Furniture companies are deciding that they no longer need separately designed collections for indoor and outdoor use. The British company Innermost, for instance, introduced Singapore-based designer Jarrod Lim's Koi chair, which has a frame made from loops of powder-coated steel in a pattern reminiscent of fish scales and a recycled teak seat - materials that make it equally at home in the living room or on the patio.

Ligne Roset also launched a line of chairs and loveseats, named Passio, with tubular metal frames and upholstered seats by up-and-coming French designer Philippe Nigro. Although they look like they're meant for indoors, the fabric cushions are engineered to stand up to the outdoor elements.

And the Italian company Gervasoni presented a collection, by Paola Navone, tellingly named Inout. Comprising woven-PVC lounge chairs and sofas as well as handsome dining tables with ceramic tops, the pieces are robust enough for a rainstorm but elegant enough for the dining room.

To go with all the new indoor/outdoor furniture, a number of companies showed new types of garden containers - perfect for the growing legions of urban farmers. Attracting the most attention were designs from a couple of young French firms. One, Az & Mut, presented space-saving two-legged pots that straddle outdoor railings as well as textile-based containers that hang from railings or wall pegs like handbags.

For those with a little more room, Bacsac offered flexible bag-like containers made from geotextiles in a range of configurations. The largest was a portable, sandbox-sized option with individual pockets that would be perfect for keeping your lettuce separate from your tomatoes.

Architecture isn't just for full-scale buildings anymore. A handful of companies were using skyscraper forms in miniature to create compelling new objects for the home. Most eye-catching of all was the new Metropolis collection created by Lladro's in-house designers under the creative direction of Jaime Hayon. Resembling ornate towers, the line includes lamps, mirrors, vases and boxes that can be arranged to create your own personal city.

The Italian company Skitsch also presented a modular bookcase, by New York designer Harry Allen, named Home, which encourages its owner to don a pair of Corbusian spectacles and play the role of architect. 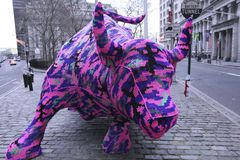