Once upon a certain time, a wall clock was just a clock.

You looked at one because you needed to. It told you something you needed to know – the time. And for the most part, it relayed that piece of information to onlookers in a purposefully straightforward manner. The hands pointed to numerals with the same sense of profound duty as a crossing guard indicating when it's safe to step into the road.

But with the proliferation of ways to track and follow time today – from quartz oscillators and atomic clocks to smartphones, computers and GPS timing – the purpose of the wall clock is changing. It is becoming, as time goes on, a statement of pure design, something you might look at not to find out what hour it is but for pleasure, for the philosophical contemplation it invites.

With this pendulum swing from device that tells the time to playful objet/installation designed to comment on the nature and passage of it, the wall clock is, ironically, returning to one of its earliest traditions.

During the London Design Festival last month, Toby Sanders, principal of the Britishbased design firm TOBYhouse, introduced his highly abstract Moiré Wall-clock, which he sees as a modern take on the ancient art of timepiece craftsmanship. "There is a very long tradition of magical and decorative clock making that goes back for centuries," he says in a telephone interview. "The ability to measure the passage of time with something mechanical and magical represented the mastery of scientific progress at that [earlier] stage in history."

"Today, in the digital age, time is ubiquitous," he goes on. "We are surrounded by it, and it ceases to amaze us with the mechanical ability to track it. For me, the design of a wall clock is about imbuing it with narrative, with an emotion."

The Moiré clock, which is made from layered discs that create changing optical patterns and shapes, has tiny, barely visible hands. "It's a cool optical-art piece that turns the passage of time into something joyous," Sanders says, adding that his favourite timepieces are the "mystery" clocks of Cartier, Patek Philippe and Jaeger-LeCoultre from the early 1900s, beautiful art objects that used illusions to create a sense of mystery about how they worked.

At its most profound level, of course, time is a mystery, a dimension we don't fully understand. And studying how humans have represented it provides insight into how we think and who we are. I can never pass Big Ben in London, where I am living this autumn, without feeling a little sorry for the human race: Here, I think, is this massive architectural and design testament to something we can't see, but which governs us all. Just as Big Ben hogs the skyline in that iconic corner of the capital, time imposes itself on every aspect of our lives.

In case anyone needs reminding that humans have long been concerned about how to cope with the relentless march of time – and what we should do in the face of it – have a look at the Erotic Automaton for the Maharajah, a musical ormolu clock made in England in 1780. On the Sotheby's art-auction website, where it can viewed in detail, a warning that the video showcasing it "is sexually explicit and may cause offence" precedes the short clip (not to mention intrigues). Basically, the ornate timepiece – yours for about £400,000 ($1-million) – features gentle pastoral scenes as well as little moving figures of farmers and villagers. Behind a secret door bearing the image of a duck, however, is a tableau of – oh, my! – two fornicating couples, one man with a phallus the size of a cricket bat.

Taiwan's 22 Design Studio, meanwhile, has produced what it calls the 4th Dimension Wall Clock. It's made of a concrete-like material and features a face resembling a spiral staircase with hands on the top level. Light and shadow shift and mingle on the tiered surface, helping to cement – pardon the pun – the idea that time and space are linked. (Isn't that heavy?)

Another Taiwanese firm, Haoshi Design, creates wall clocks featuring goldfishes and swallows encircling a snow-white face. Although time, it is said, waits for no one, these clocks suggest that perhaps it can – and will. In the case of the swallow clock, 12 delicate flying birds replace traditional numbers, the idea being that the creatures have stopped to enjoy the moment. Then again, it could also be a reminder that time flies – or, maybe, is for the birds?

This interpretive grey area is part of the beauty of art – and of these clocks. If art is in the eye of the observer, so is time, which, on any given day and at any given hour, is experienced by all of us differently.

A few decor ideas from a designer’s own home
October 4, 2013 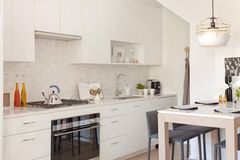 Sarah Richardson: How to get a big look from a small house
October 25, 2013 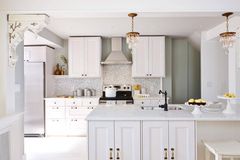