Late last month, the New York Daily News reported that Canadian heartthrob Ryan Reynolds was hunting for new digs in downtown New York, fresh off filing for divorce from Scarlett Johansson. Typical of most splits, she gets to stay in their marital home, which is in Lafayette, La., while he moves into a so-called bachelor pad.

But as Toronto interior designer Deirdre Dyment knows all too well, there's much more involved in leaving the matrimonial home than packing a suitcase and signing a lease. When she separated from her husband in 2007, she, unusually, helped him get set up in his new place, from stripping the floors and painting the walls to measuring and ordering furniture. They also got their two kids involved in creating their bedrooms.

The experience has since motivated Dyment to launch a novel service - post-divorce decorating - that assists in feathering the nests of newly single men in particular, whether it's co-ordinating their renovations or sourcing and installing art to enliven their empty walls. She will also help facilitate all kinds of additional support, from private chefs to personal trainers to estate and financial planners.

Although Dyment is positioning herself as the divorced dude's designer, she insists that her services would be equally beneficial for anyone who is relocating, downsizing or has suffered the death of a spouse. When the national average divorce rate hovers just below 40 per cent, though, Dyment's niche approach suggests a solid business plan. Similarly focused decorators have been setting up shop in the U.S. for a few years now. In 2007, Pennsylvania designer Creg Oosterhart touted his $185-an-hour services to Philadelphia magazine, noting that his newly divorced male clients "often go to a contemporary look, more tonal and cleaner, [with]less clutter," while female clients tend to girl up their homes in "the way they really wanted it done in the first place." A year earlier, Manhattan interior designer expounded in The New York Times on "revenge decorating," which saw her do up the houses of the recently divorced in colour schemes and prints hated by her clients' ex-spouses.

Many of the men on Dyment's client list, she expects, will be referred to her through divorce lawyers. "My client is the guy who has left the big house and who has never bought a towel, never cooked a dinner, no clue where to buy furniture," she says from her office one afternoon in February. "He's a working man and doesn't have time, but wants the job done well and has the money."

Dyment, whose professional background includes running a 500-year-old, 22-room castle in the Cotswalds with her ex-husband and staging homes for real-estate agents in Toronto, says the service is even more necessary when kids are involved. "You don't want them to feel sorry for dad because he's living with cardboard boxes and a La-Z-Boy," she says, noting that her children are now 13 and 15.

Harold Niman, a Toronto lawyer who specializes in divorce and family law, says that the divorce decorating is still a largely untapped niche. "I'm not sure how many require the service, but I'm sure that many could benefit from it," he says. "Much would depend on the reasons for separation and the degree of acrimony. In an amicable split, one person will say, 'You want your aunt's sofa? Go ahead.' But in others, the very idea of leaving and taking furniture will be declaration of war."

Dyment, who charges an hourly rate of $150, says she expects clients at various points on the budget spectrum and with wildly varying needs. "Maybe they just want an apartment decorated from IKEA as a short-term thing or maybe they have empty walls and wish they had some art," she says.

Generally speaking, Dyment says, men are less design-savvy than women. "They may know what they like and what they don't like, but there are two things men can't do: They can't pull it all together and they have no idea where to go to buy the stuff." On the flip side, she adds, men make up their minds quickly and projects get completed much faster. "They don't send me back looking for fabric samples five times," she quips.

Those who question whether she has an ulterior motive can put their imaginations to rest, Dyment assures. "I'm not looking," she says with a laugh. "But I've been there. I am compassionate and have a knack and love for design and organization and putting systems in place."

As noted, Dyment hopes that people will see her as more than a divorce decorator, but she also gets much satisfaction from helping out men in need. "When a man moves out, I've been told, it's the worst time in [his]life. He think he's broke; he's often in despair. A lot are depressed. So how nice would it be to come home and say 'Woo hoo! I like my new place and my kids are coming over and the lasagna is in the oven.'"

What happens when you keep the house?

So you get to keep the matrimonial home, but want to exorcise some decorative demons. Deirdre Dyment offers design tips for those looking to refresh their residences post-divorce.

- If it's in your budget, get a smaller dining table or bigger chairs - anything that will draw less attention to the empty seat where your spouse once sat.

- If kids are in the picture, be diplomatic when expunging memories of someone they still love. Paint a room to effect real yet subtle change. Relocate family pictures to a corner of the house that you don't walk past 10 times a day or put them in the kids' rooms, but don't remove them outright.

Should the frames on my paintings match?
December 18, 2010 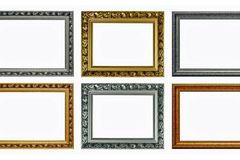 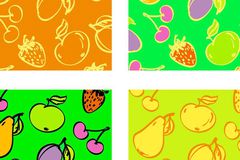 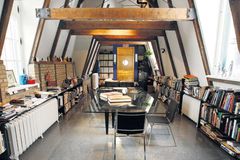