Ikea hacking. It sounds violent, like what you might do with a wood chipper and an impossible-to-assemble Pax wardrobe or an Expedit entertainment unit (after you've pulled out all your hair). But while Ikea hacking often involves saws and X-Acto knives – even blowtorches – it's less about destruction than it is about creativity and personalizing flat-pack furniture in clever, playful or straight-up crazy ways.

It's a trend that has been growing for years – fuelled by two things: our collective desire to pay as little as possible for our furniture; and our equally strong desire not to have the exact same living or dining room set as the neighbours (which is hard to avoid, considering that Canada's 11 Ikea stores attract about 25 million customers a year).

In fact, a veritable industry has sprung up to help flat-pack manglers customize their Ikea purchases. A pioneer was Bemz.com, a Swedish-based website that sells slipcovers designed specifically to fit Ikea couches. More recently, Bemz has been joined by PrettyPegs, which makes whimsical replacement legs for sofas and beds; MyKea and Panyl, both of which make peel-and-stick decals; Parts of Sweden, which offers accessories such as door pulls; and O'verlays, which creates decorative panels that attach to door and drawer fronts.

One of the appeals of Ikea hacking is that it doesn't take a design degree to do it. Some alterations take as little as 20 minutes and, according to one post on IkeaHackers.net, can be as simple as screwing door stoppers onto the bottom of a Lack wall shelf to make a simple, low-profile TV stand.

It can be the ultimate in achievable, affordable bespoke.

But while Ikea hacking is often associated with passionate amateurs, high-end designers are increasingly getting involved, making hacking easier and more accessible, as well as pushing the boundaries of creativity.

Last month, Toronto's prestigious design museum, the Design Exchange, held a fundraising auction, where the likes of Atom Egoyan and Douglas Coupland bid on works by 20 or so of Canada's top architects and artisans. But while the lighting and furniture on the block all looked strikingly original – a bookcase in the shape of a disco dancer, a cabinet lined with illustrated eyeballs – each piece started out as an everyday item from Ikea.

The event showed that hacking has no limits when it comes to craft and ambition. Scott Barker is a Toronto-based practitioner. A graduate of the University of Waterloo School of Architecture, he recently launched his own eponymous firm after a decade or so working for such cutting-edge offices as Alison Brooks Architects in England and Toronto's Paul Raff Studio. Barker's piece for the Design Exchange auction was an elegant, modern room divider that he spent three weeks crafting out of baby cribs, wall mirrors, curtains and closet doors.

Although this was Barker's most ambitious hacking effort, it wasn't his first. He has used Ikea parts to make architectural models, and he's spliced modular Ikea kitchen cabinets with custom shelving to reduce the cost of reno jobs.

"It can be economical to start a project with Ikea," he notes, "because you can buy basically raw materials and components there for often much cheaper than you can find them at a hardware store. I mean, you can literally buy ready-made furniture for less at Ikea than it would cost to buy the wood." He also notes that upgrading Ikea can be satisfying: "Ikea products are not meant to be heirlooms. Although some are designed to be durable, others can be quite flimsy. But with work, you can make pieces that will last longer. You can prevent something from becoming waste."

Industrial designer Davide Tonizzo's piece at the Exchange was more playful than elegant – a bookcase in the shape of John Travolta in Saturday Night Fever, inspired by the idea of making furniture dance. It's a mashup of Ivar shelving, the backing from a Billy bookcase, and a strip of Dioder LED lights.

"With hacking, you can create something more whimsical, because you are doing it for yourself," says Tonizzo, whose everyday design practice focuses on mass products for furniture and auto makers. "It's a one-off, so you can spend hours doing one joint, getting it just right – without ever having to think of the labour costs."

Although not everyone will have the tools (or the patience) that Barker and Tonizzo do, their willingness to invest time and energy into reshaping the generic is inspirational. So if global economics dictates that we will all have the same Lack coffee tables, they won't all have to look the same. Not even close.

The best part about The Good Wife? The furniture
May 9, 2018 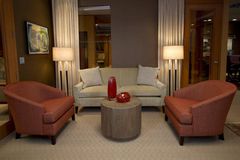 Bashed, bleached or chipped: Why do we love roughed up decor items?
May 9, 2018 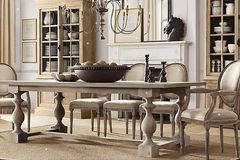 The biggest furniture trend right now? Handmade and all natural
May 11, 2018 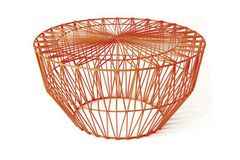