Canadian furniture and housewares design isn't often called "iconic." Thinking about notable designers for the home usually conjures up figures such as Charles and Ray Eames, Ludwig Mies van der Rohe, Le Corbusier, Alvar Aalto and Eileen Gray, with nary a Canadian in the mix. Suggest names like Jacques Guillon or the team of Fabio Fabiano and Michelange Panzini and you are likely be met with one blank stare after another.

This obliviousness, however, is becoming a thing of the past. As mid-20th-century pieces mature to the point of collectability and contemporary items by newer names are hyped up by industry advocates bent on building a domestic-designer canon, picking Canadian to outfit your pad is looking more and more like a smart investment.

Take Fabiano and Panzini's Solair chairs, for instance. The candy-coloured-plastic-and-steel seats, distributed widely after their release by the Montreal duo in 1972, were playfully dubbed the "motel chair" as they quickly became fixtures at North America's roadside inns. Chances are you have seen them pop up again in a friend's backyard or outside design shops like INabstracto in Toronto or Vancouver Special in B.C. After you've become familiar with their simple, circular form, it's easy to fall for them.

Guillon's 1953 Cord Chair is also enjoying renewed interest, thanks to the retailer Avenue Road, which reissued the piece in 2009 at New York's International Contemporary Furniture Fair. The ultra-modern chair, featuring a solid Canadian maple frame finished with either walnut veneer or black lacquer, is noted for its seat and back, made of taught braided cord. As the California designer Chad Eisner described it in a recent issue of Elle Decor, the chair is "extremely sexy – it's Fifty Shades of Grey meets Catwoman."

While Guillon's recognition was a long time coming, it's not taking decades for a new class of names to come to the forefront. A rare combination of scarcity and relative affordability has helped drum up buzz for independent operations like the Brothers Dressler and Castor over the past decade.

"There's no place in the world that has the indie, oneoff and small-batch-run culture that is happening here," says Todd Falkowsky, publisher of The Canadian Design Resource, a kind of Wikipedia for products dreamed up north of the 49th parallel.

The Dresslers – twin brothers Jason and Lars – benefit from their emphasis on local manufacturing and responsible sourcing, two elements that often matter as much as slick design to contemporary collectors.

"We put a lot of work and thought into [our pieces] so that you don't realize a piece of wood might have been something else in the past," says Jason. "Some of the wood is salvaged out of the water, some of it is salvaged out of old buildings and some is from a supplier who got it from Ontario forestry which is a very well-managed forest system." Their On Edge chair, fashioned from a single piece of plywood, is the best-known expression of their philosophy.

Castor lighting, meanwhile, is a favourite of the Design Exchange's Nina Boccia; she especially likes the Invisible Chandelier, which features a massive cluster of burnt-out bulbs illuminated via an interior light source. "There's something about that light that's really elegant, but it also has this sort of scrappy chic to it," she says.

Julie Nicholson, co-owner and curator of the well-known Canadian-design shop MADE in Toronto, says her clientele is looking for special conversation pieces made in small batches.

"They're really building their lives within their homes and looking to add to a collection of beautiful paintings or artwork," she notes. But MADE's customers aren't all deep-pocketed art collectors. Design-conscious Gen Xers and millennials are leading the charge when it comes to supporting the Canadian design industry.

"For most if not all Canadian designers, it is never about quantity," Boccia says, explaining where the values of the creators and their fans meet. "It is always about quality. They love their own product and want their consumers to love it just as much. That's why it's collectable."

Perhaps, some day, Canadians may even come around to seeing it as iconic. 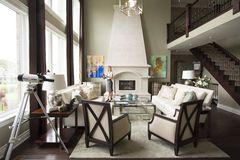 How this female designer created the perfect ‘man cave’
September 17, 2014 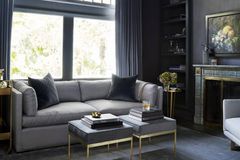