You can’t ignore wallpaper. Whatever the print – the overused damask, the cheesy paisley – it’s always there calling for your attention. Paint easily fades into the background. Wallpaper, however, is always making a statement. And unlike paint, it can also tell a story.

Wallpaper peaked in the 1980s, then fell out of favour as it took on a reputation for being fusty and too much of a commitment (steam off one tiny piece at a time when you decide to redecorate? No thanks). But it has been enjoying a resurgence for several years now, with more designers expanding the range of options and bigger, bolder patterns becoming popular with homeowners, interior designers and a younger generation looking for more meaningful surroundings. 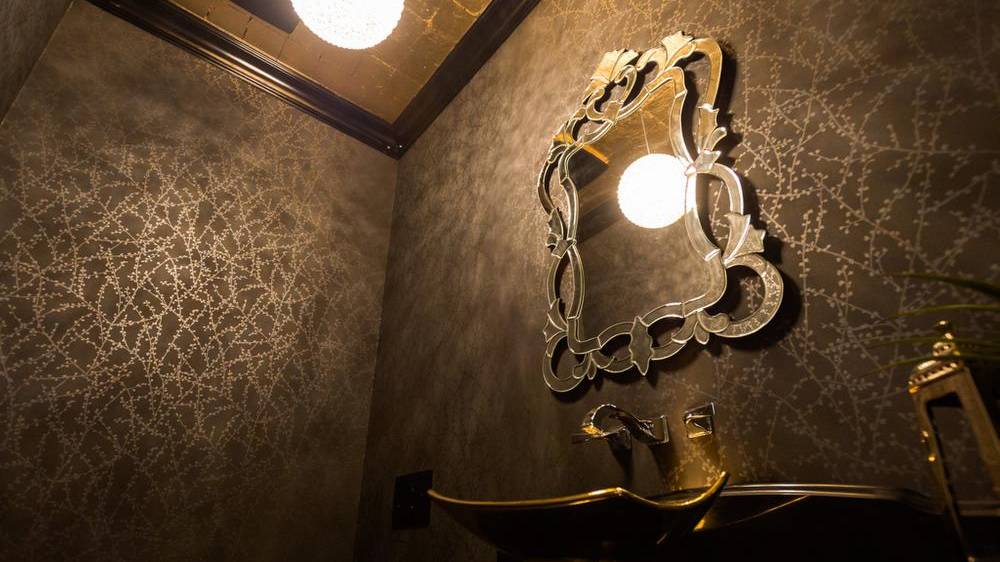 Many are simply drawn to the look. But often, the appeal lies in the story behind the pattern.

Just as reclaimed furniture is popular in large part because it has a back story and narrative that is much richer and more interesting than simply rolling off the factory floor, wallpaper’s appeal lies in its connection to history, says Jane Lockhart, a Toronto-based interior designer.

“Wallpaper allows you to have this real looking glass in to the past,” she says. 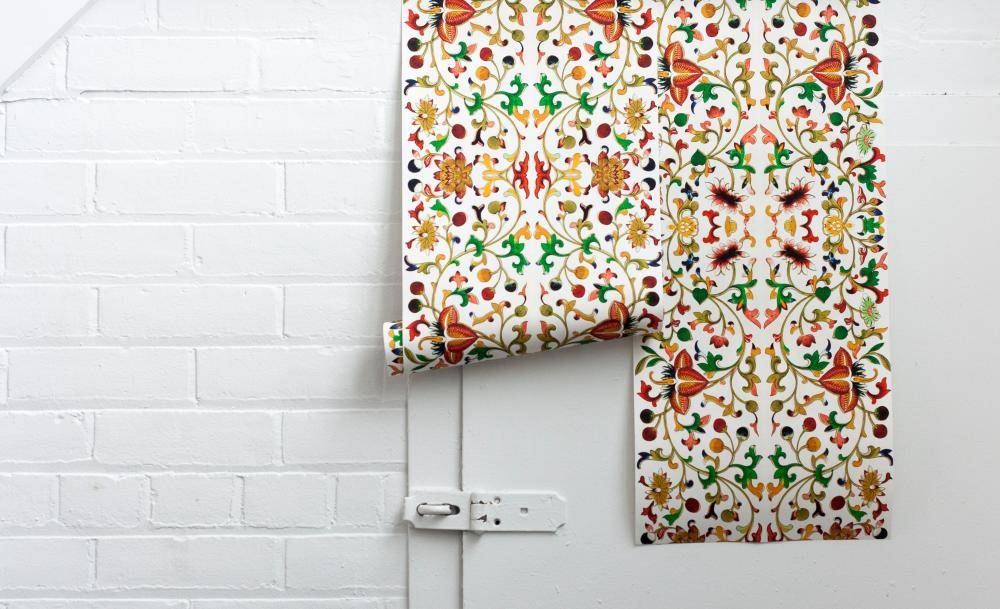 This year, the Toronto-based design and communications consultancy Whitman Emorson launched Thoreaux, a wallpaper company. Each of the eight prints in the debut collection cost $250 per roll (each roll is 30 feet by 25.75 feet) and are taken from historic and archival images. All were chosen for being visually interesting and, says Ben Leszcz a partner in Whitman Emorson, “by how engaged we were by the story.”

One of the Thoreaux patterns, for example, is based on an illustration by 19th-century British architect Owen Jones, while another takes inspiration from Cairo’s Aqsunqur Mosque, built in 1347. 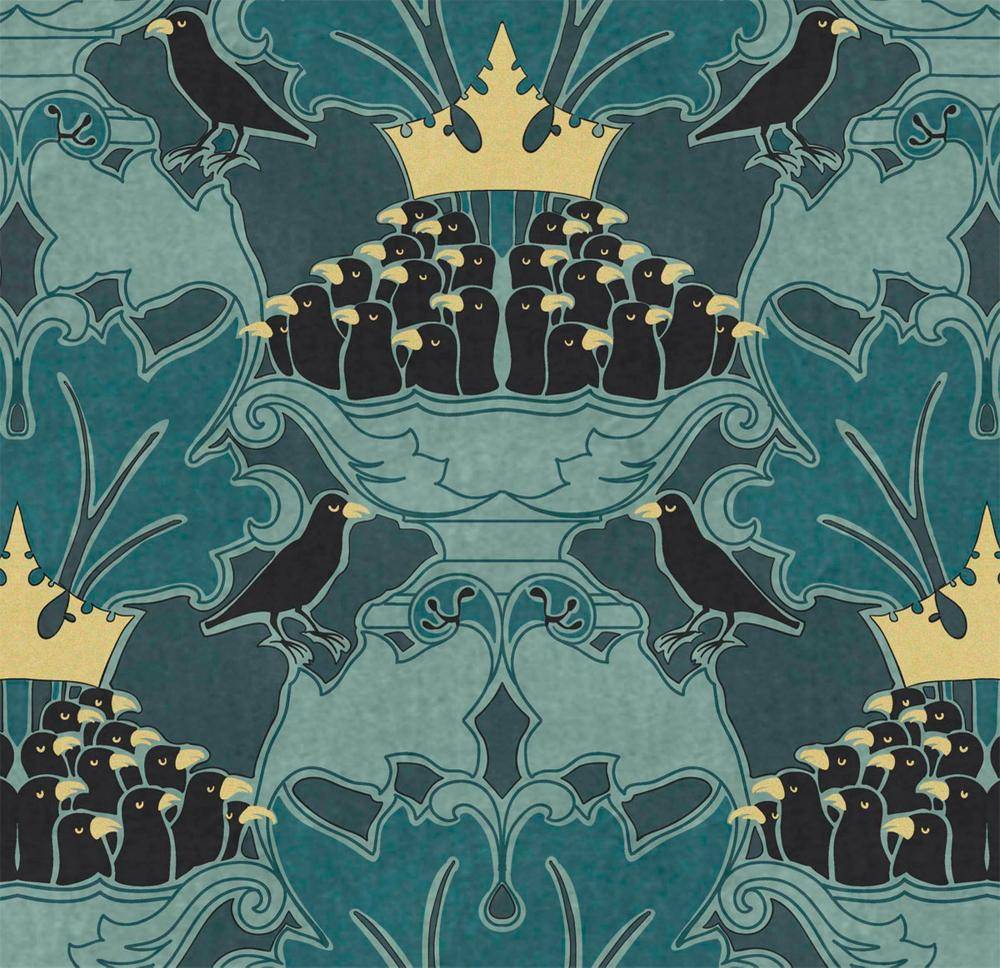 Trustworth Studios, of Plymouth, Md., sells a range of wallpaper patterns from the British Arts and Crafts movement, which dates to the late 19th century and stood in opposition to mass production. The work of late 18th- and early 19th-century architect and textile designer Charles Voysey is a particular favourite of theirs.

Many, if not most, of the patterns would fit just as well in the apartments of modern hipsters as they would a fin de siècle drawing room.

Some customers are simply enamoured with a particular pattern. But, says Trustworth founder David Berman, “There are people who love the historicism of it.” 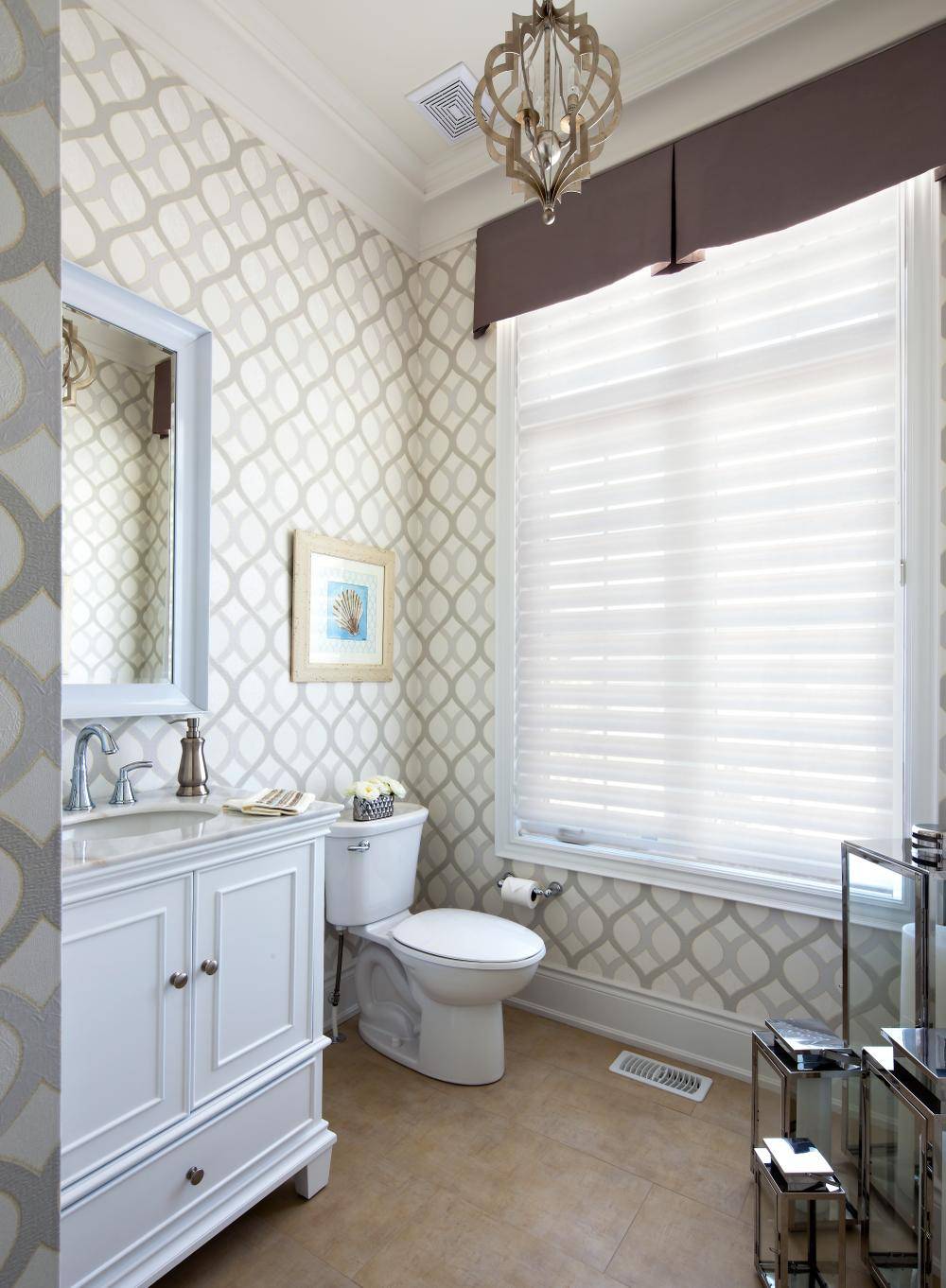 For example, one of the company’s prints, Isis, is believed to take its name from Edward Spencer’s poem Prothalamion. How’s that for a tale to tell guests when they ask about your new decor?

Others are personalizing their wallpaper, says Cameron MacNeil, a Toronto-based designer. Friends of his recently took a map from the Toronto archives and had the image blown up and turned into wallpaper. Visitors are no doubt engaged by the story of how the wallpaper was created, and also the image itself, MacNeil says: “You’d go and look for all the streets you’ve lived on.“

Wallpaper manufacturers are seizing on consumer interest in having some connection to the past.

York Wallcoverings, a Pennsylvania-based company with a historic collection of prints that dates back to the middle of the 18th century, plans to release several archival collections next year to celebrate its 120th anniversary.

The story behind those collections will be front and centre, says LeRue Brown, the company’s director of marketing. “We will highlight the inspiration from our archives to the finished product,” Brown says.

Such a link to the past allows people to connect with their surroundings in a way that rises about plain consumerism, says Leszcz. “People want to consume in a way that feels more meaningful,” he says. 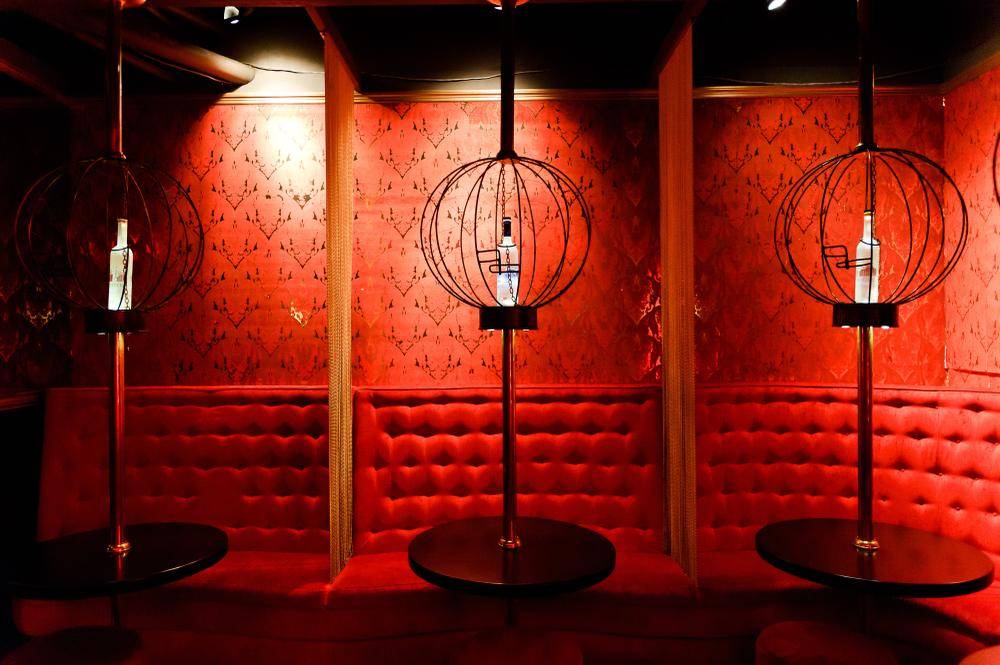 Wallpaper is especially popular among millennials, who either have their own places or are decorating their rooms at home with their parents, Lockhart says. “They recognize the value of having this story in their room, and pattern and colour that they couldn’t reproduce on their own. It’s sort of seen a renaissance with [this] generation,” she says.

Its resurgence is also thanks to a renewed appreciation of bolder patterns, Lockhart notes.

Of course, how and where to use it remains a matter of personal taste, particularly when it comes to bolder patterns. 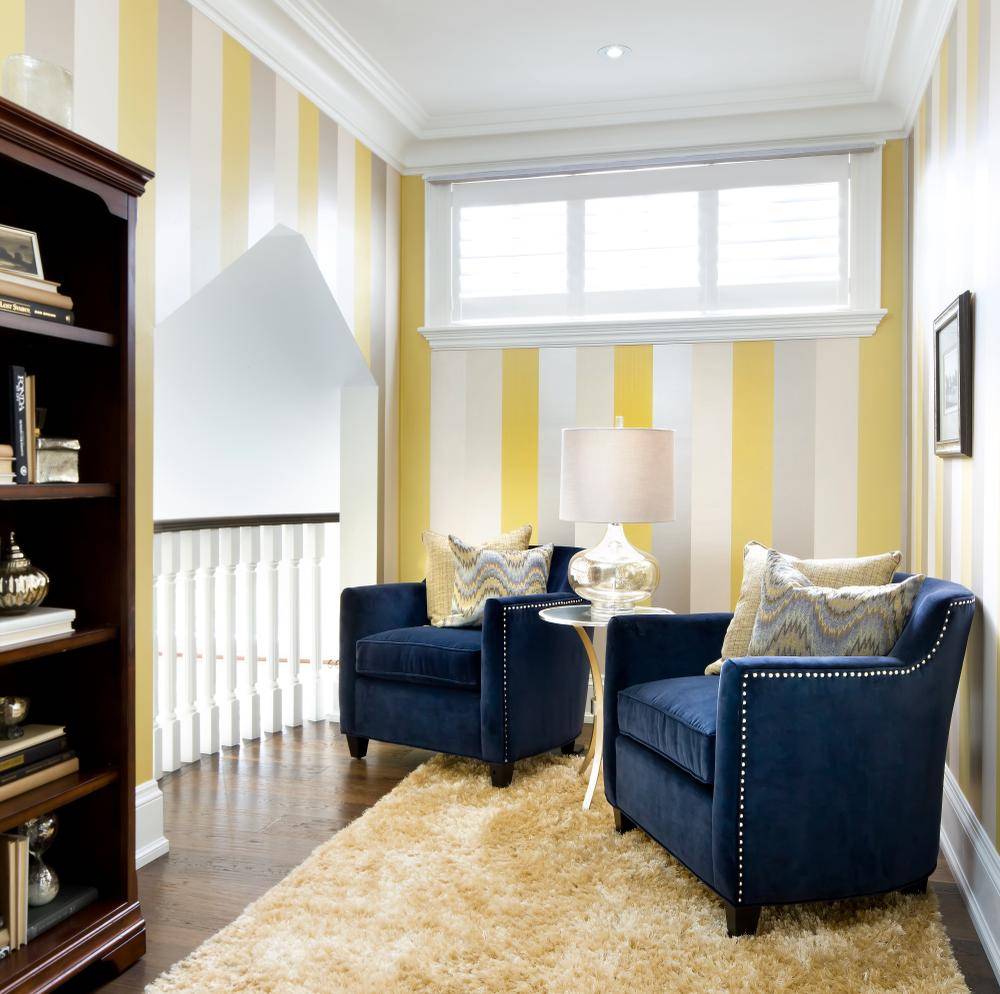 “There’s no question you can go overboard with it,” Berman says.

Lockhart suggests trying wallpaper in a powder room. It’s not a room that tends to be used very much, so if you don’t like it, it’s not a big deal, she says. “It’s kind of a room to experiment with.“

Wallpaper is also moving on up – literally, as people use it on ceilings to give rooms more texture. 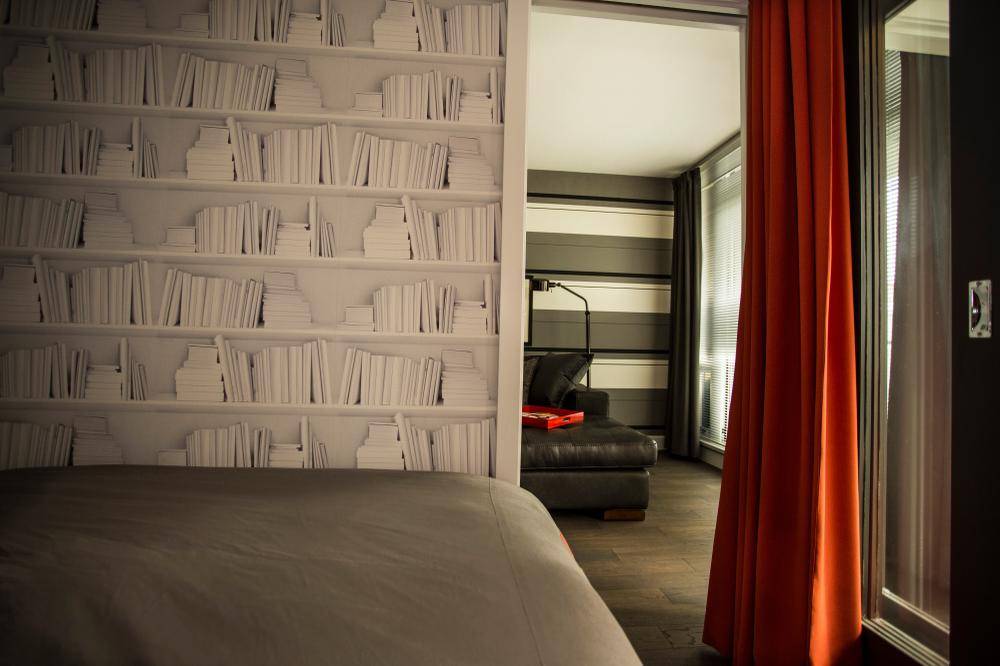 “We’re presenting wallpaper on the ceiling probably as much as we’re presenting it on the walls,” says Reisa Pollard, founder of Beyond Beige, a Vancouver-based interior design company.

However it is used, wallpaper is more expressive than paint and often has an interesting story behind it in the same way that a photograph or a painting might.

“It walks a line between art and decor,” Leszcz says. “It’s really something that’s going to start conversations.” 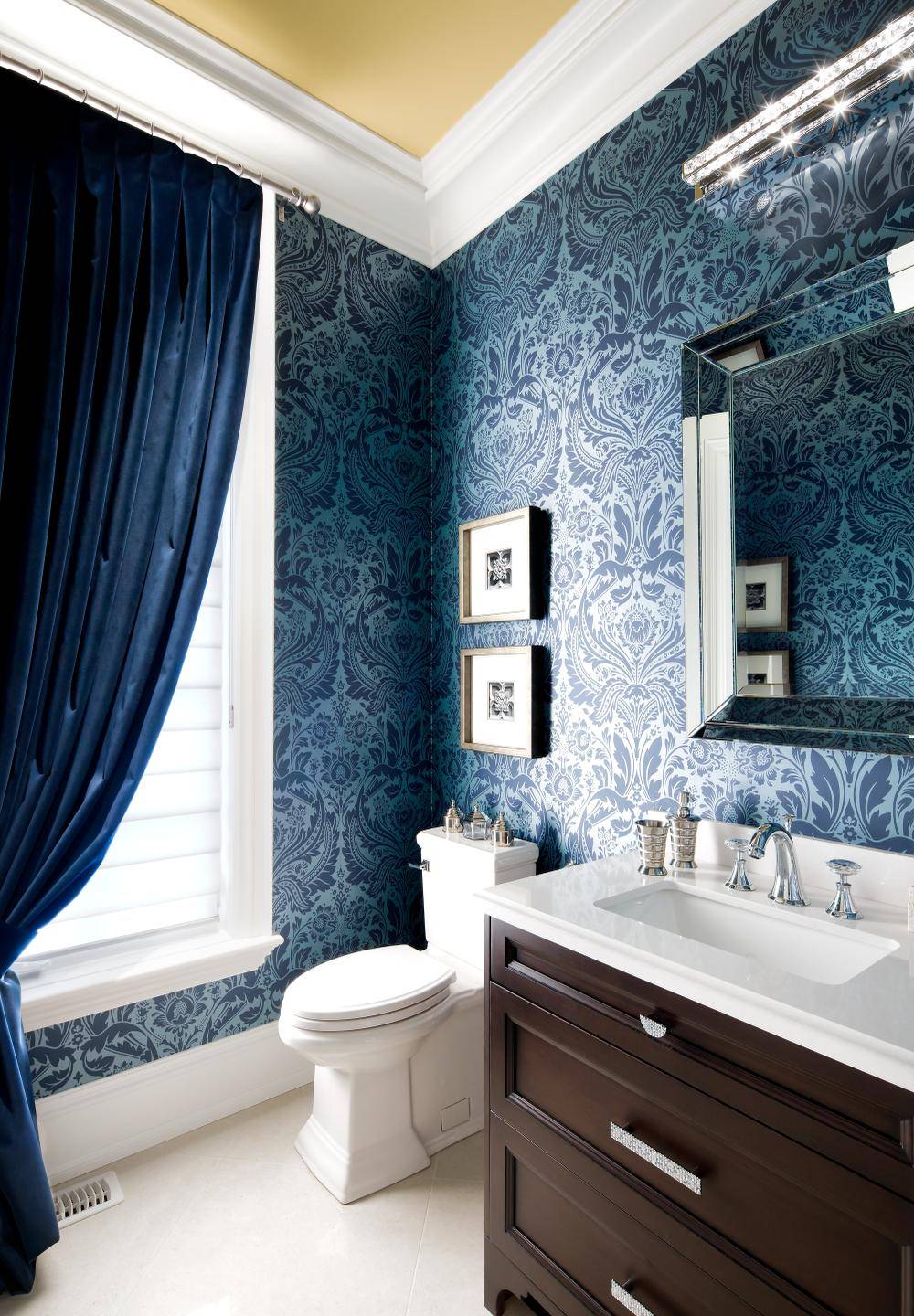 Jane Lockhart Interior Design/Brandon Barré
Follow Dave McGinn on Twitter @Dave_McGinn
Report an error Editorial code of conduct
Due to technical reasons, we have temporarily removed commenting from our articles. We hope to have this fixed soon. Thank you for your patience. If you are looking to give feedback on our new site, please send it along to feedback@globeandmail.com. If you want to write a letter to the editor, please forward to letters@globeandmail.com.
Comments