It's not always enough for a couch to be a couch.

Sometimes, especially when space is tight, it helps if the couch can double as two armchairs and a coffee table, and even storage shelves, as is the case with one Japanese camping couch popular among city dwellers.

The multifunctional Camp Couch is made by the upscale Japanese brand Snow Peak, which recently opened boutiques in Portland, Ore., and in the trendy SoHo section of New York. Although its $749.99 (U.S.) price tag may be steep compared with other camping goods, some clients see it as inexpensive compared with other sofa options – and far more versatile.

"The reality is that living spaces are getting smaller, people are moving back to cities, and while people across the country are more willing now to trade square footage for geography, they don't want to sacrifice their lifestyle," explains Lisa Blecker, marketing director at New York-based Resource Furniture, one of the largest suppliers of "transforming furniture" in North America.

The answer for many people now is multifunctional or folding furniture that makes small spaces both comfortable and versatile.

Gadgety, multipurpose furniture is nothing new, says Sarah Coffin, curator and head of product design and decorative arts at the Cooper Hewitt Smithsonian Design Museum in Manhattan. It emerged in Europe and Asia a century or more ago, and has been popular among American city dwellers since at least around the time that elevators made large apartment buildings possible, she says.

"This kind of furniture was very popular in the 18th and 19th centuries," Coffin says. "The idea that a chair can be pushed in or a side folded down to make more space has been around for a while."

"Think of a telephone table where the chair fits into it or a vanity table that houses a pull-out stool."

And there was camping furniture: In the 17th century, "people had to travel with their own furniture and carried something like a writing box, which opened up with a leather surface for writing and little drawers for pens and ink," she says.

"And the Koreans and Chinese had chests of drawers with carrying handles so they could be brought aboard ships," she adds.

Chain stores across the country cater to a growing demand for furnishings that are both hip and versatile. Outdoors stores such as REI have also gotten into the act. At REI's store in New York, for example, sleek and versatile couches, dining chairs and rocking chairs are sold alongside the expected array of tents and other camping gear.

"I'd say 70 per cent of the clients buying this kind of furniture are planning to use it indoors," says Mike Martin, a manager at the store, located just a block from New York University.

He notes the store's display of Japanese "outdoor lifestyle" living and dining furniture. "It's really popular among students looking to furnish their apartments," he says of multipurpose furniture. "And the cool thing is you can also use it on a balcony, take it to an outdoor concert or even camping."

Blecker says her company's furniture, much of it made in Europe, has gone from niche market to widespread in the past decade.

"Our products are expensive, but they're much cheaper than the cost of moving, or of expanding a home. Instead, they allow you to make much more of the space there is," she says. "Home sizes are shrinking as people opt for prime location as opposed to larger space, and even for those in houses, transforming furniture makes for more versatile spaces."

Because of the high cost of larger transforming pieces (Resource Furniture's folding bed with integrated sofa can range from $5,000 to $20,000), many households tend to select one or two important high-end items, such as a bed, couch or console-to-dining table, and fill out the rest with less expensive items.

"The No. 1 thing people don't want to give up is a real bed. So they may be buying a wall bed from us and filling out other things like desks at CB2 and end tables from IKEA to put it all together," Blecker says.

Much of the trend toward attractive and versatile small spaces began in space-squeezed Japan, moving on to Europe and then here, she says.

Martin, at REI, concurred, saying Japanese brands such as Snow Peak seemed to lead the way on camping furniture that could just as easily be used indoors.

"It's cool to have something that works great in your apartment but that you could also … just fold completely out of the way so it doesn't take up precious space," he says. 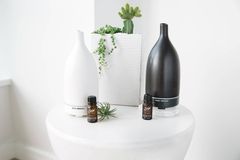 Gaming, gyms and rock climbing: the new face of rec rooms
February 8, 2017
Report an error
Due to technical reasons, we have temporarily removed commenting from our articles. We hope to have this fixed soon. Thank you for your patience. If you are looking to give feedback on our new site, please send it along to feedback@globeandmail.com. If you want to write a letter to the editor, please forward to letters@globeandmail.com.
Comments