There's something illicit in neon's seductive glow. That's why it turns up so often in sex shop windows and atop strip bars. Back when there were still arcades and funhouses it turned up there, too – places for pleasure seekers where the normal rules didn't apply.

Where it is turning up now – more and more frequently, designers say – is in the home.

As neon's days as a fixture of commercial signage fade, it's finding new life as a residential design element. Its placement in the home is striking because it is still so unfamiliar there – we're used to seeing it in businesses, not living rooms. And with artists and lighting companies exploring a wide range of neon works, from letters to abstract images, designers say putting it in the home is a chance to add a dash of humour or irony to a space, or make a personal statement with a gorgeous glow of light. Tastemakers have read the Pinterest tea leaves – neon art is hugely popular on the site, with thousands of examples of it "pinned," or liked – and are seizing on its burgeoning popularity.

The Italian company Seletti introduced a series of neon letters and numbers inspired by classic typewriter font in 2012. The Portugal-based lighting company Delightfull has just introduced its new Graphic Lamp collection which features neon letters and numbers that feel pulled from a carnival midway. The playful, retro fonts boast a wide array of wonderful colours, from an "E" wrapped in baby blue neon to an apple green "T."

At the recent Interior Design Show a work of neon art by WilliamsCraig Inc was a highlight. The Toronto-based design studio's booth featured the words "Shine your own light" in flowing white neon cursive hung on a black wall. This is how to make a statement in a room – literally. To those who want an even more personal touch, WilliamsCraig's neon artist is able to make pieces in a client's own handwriting.

"Neon in itself is just this incredible product that has a ton of energy," says Karen Williams, one WilliamsCraig's founders.

In January, the high-end kitchen manufacturer Bulthaup launched an exhibit in its Toronto showroom featuring works by local neon artist Orest Tataryn. They include flowers and a squiggles in blue, pink, orange and red inspired by Coca-Cola's logo, among other pieces. Most of his art pieces wind up in private residences, Tataryn says.

French chemist and engineer Georges Claude invented the neon "lamp" in the early 1900s. He quickly seized on its appeal to businesses. Neon draws the eye and is visible from a distance, even in daylight, two selling points if you are looking to grab people's attention. Claude's company, Claude Neon, sold the first neon signs this side of the Atlantic to a car dealership in Los Angeles in 1923. From there, it became a staple of the landscape.

With commercial neon vanishing, there seems to be a growing appreciation of neon as an art form.

For instance, the Pace Gallery in New York is currently exhibiting the work of Keith Sonnier, a sculptor who has been working with neon since the late 1960s. Many younger artists, among them Toronto-based sculptor and conceptual artist Kelly Mark, have incorporated neon in their work.

After a few years in limbo, the Museum of Neon Art is currently fundraising to open as the anchor of a new arts and culture district in Glendale, Calif. As well, in 2011, the Museum of Vancouver launched an exhibit called Neon Vancouver/Ugly Vancouver. The show featured 22 signs that date as far back as the 1950s. From then to the 1970s, there were more then 19,000 neon signs in the city. To some, they were gorgeous; to others, a blight. That aesthetic controversy is at the core of the show.

The signs and how they literally illuminate the city's past were popular enough that the show now among the museum's permanent exhibitions.

Its commercial history explains part of its residential appeal as well – it's the next wave of the trend in retro signage, taking the popularity of fonts and type to a new level. (It can add a richness to a room that no Helvetica poster can.)

"The ambient light that it throws off ... it can really do something dramatic with a space," says Darcy Lundgren, co-owner of DaDe Art & Design Lab, in Calgary.

Many interior design clients want neon in their homes, especially pieces by the artist 12 Midnite, whose works include a fantastically retro cartoon bomb next to the word "BOOM" and the word "BLAM" as you might have seen it in a comic book, Lundgren says.

Oftentimes, it's simply a matter of choosing which.

"We're working on a project right now and we're meeting with a client this week and we expect it's either 'BOOM' or 'BAM,'" Lundgren says.

One of Williams's clients, who lives in Toronto's tony Forest Hill neighbourhood, added the words "Our Life" in white neon above a calendar chalkboard in the kitchen of what's otherwise a "quite classic and traditional house," Williams says.

Neon art can run from as little as $200 for a single word to many thousands of dollars for custom pieces.

As for that electrical hum that you may have heard if you ever got close enough to a neon sign – the kind that would drive you up the wall if you had to listen to it in your house every day – fear not, says Michael Batchelor, one of the founders of SWON Design, a Montreal-based company that makes sculptural glass and lighting installations.

That hum is the result of the wrong type of transistor, he says. With the right kind, you won't hear a thing.

It will probably be the only thing you don't notice when you walk in to a room with neon art.

Owl today, what tomorrow? In search of the next It animal in design
February 5, 2014 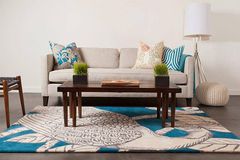 For the Olympic stage, a quilt of many colours
February 11, 2014 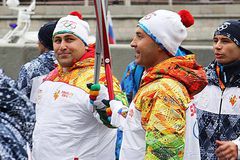 Velvet chairs are trendy now – what should I choose that won’t look dated later?
February 7, 2014 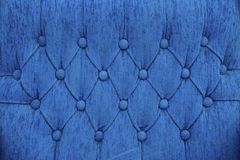 Eight things that make this room the owner’s favourite
February 14, 2014 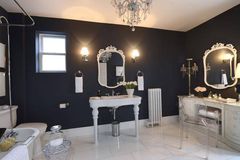 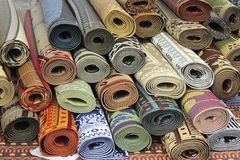