In my fortysomething years I have never heard of a bothy. But today, in the London workshop of designer Gareth Neal, I’m getting the play-by-play on constructing one in larch, birch and cedar.

Bothy, I learn, is an old Scottish term for a small shelter or cabin – something off-grid, in today’s parlance. Neal’s spartan peak-roofed wood version is part of a government-funded network of rustic, sustainable artist residences built by local creatives across the Scottish countryside.

More than that, though, the bothy is an ideal, the sort of place we’d all withdraw to if we could just tear ourselves away from the modern world. Next week, Neal will install a cross-section of his space at London’s New Craftsmen gallery as the backbone of its exhibition Mindful Living. 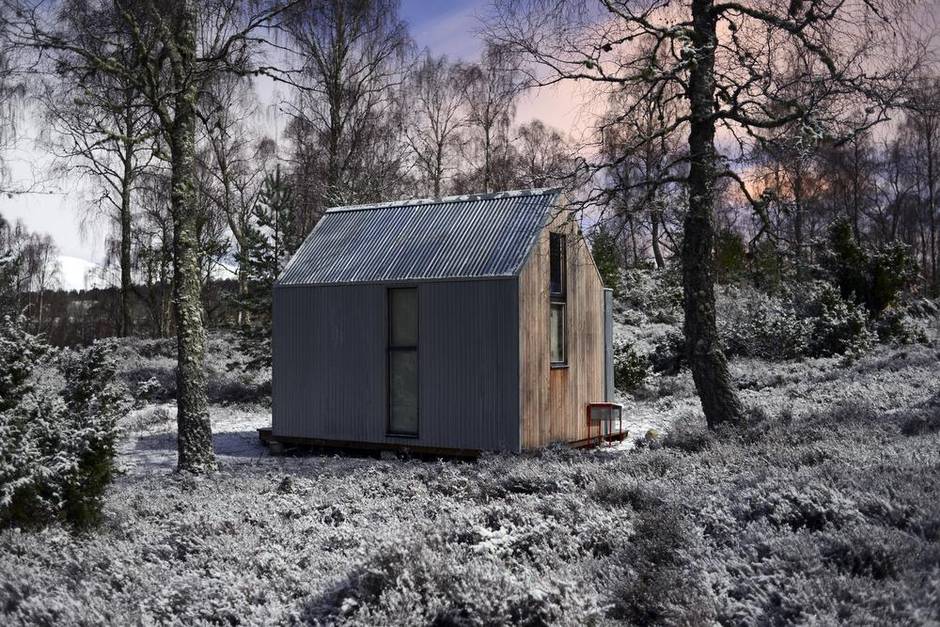 Designer Gareth Neal will install a cross-section of his simple shed at London’s New Craftsmen gallery.

There’s that word again. Mindfulness, the highly aspirational state of heightened awareness, of basking in the moment, is the buzzword of the decade. But rather than using the bothy as his personal yoga retreat, Neal has made it a template for mindful interior design. To complement his remote countryside cabin, he’s assembled 10 essential objects that, he says, are all he’d need “to accompany [him] on a metaphorical journey to a mindful life.” Each object was made by a British craftsperson and chosen for the sake of a more peaceful, connected existence.

“I’m taking a close look at how the objects we surround ourselves with can affect our mood and well-being. There’s no way to prove that living with certain objects makes us feel better, but I posit it makes for a better, more considered space.”

Mindful interiors have not-so-suddenly become a thing. In the name of mindfulness, Vancouver design duo Knauf and Brown recently launched a manual lamp and mirror that require a series of actions to use properly.

Designers and professional organizers have rebranded themselves as “mindfulness consultants” to capitalize on our obsession with spatial and spiritual harmony in our homes.

The “cleaning consultant” Marie Kondo might have whetted our appetite for it all with her bestselling book The Life-Changing Magic of Tidying Up: The Japanese Art of Decluttering and Organizing, which taught millions to commune with their inanimate possessions before kicking them to the curb. Kondo’s philosophy is simple: Keep the things that “spark joy” and bid adieu – literally – to the rest. The “KonMari method” has brought the less-is-more ideal to a new, millennial audience and elevated decluttering to a spiritual cleansing.

Neal says he saw the light a few years ago after a week spent learning traditional furniture-making in a woodland in Herefordshire, England. He says the course altered his perception of materials and waste. “I started really questioning why I was making objects and who for. Could I justify the waste?”

The pieces he’s bringing to the bothy project are simple, focused, functional: more eco-based than ego-based. Most items are practical necessities: a wood-burning stove; a set of nesting bowls, knives and a chopping board; blankets; a toothbrush; an axe. Others are more emotional. The most ambitious is a split-cane fishing rod made by Cornwall craftsman Luke Bannister. “I can’t fish,” he says, “but I want to learn.” 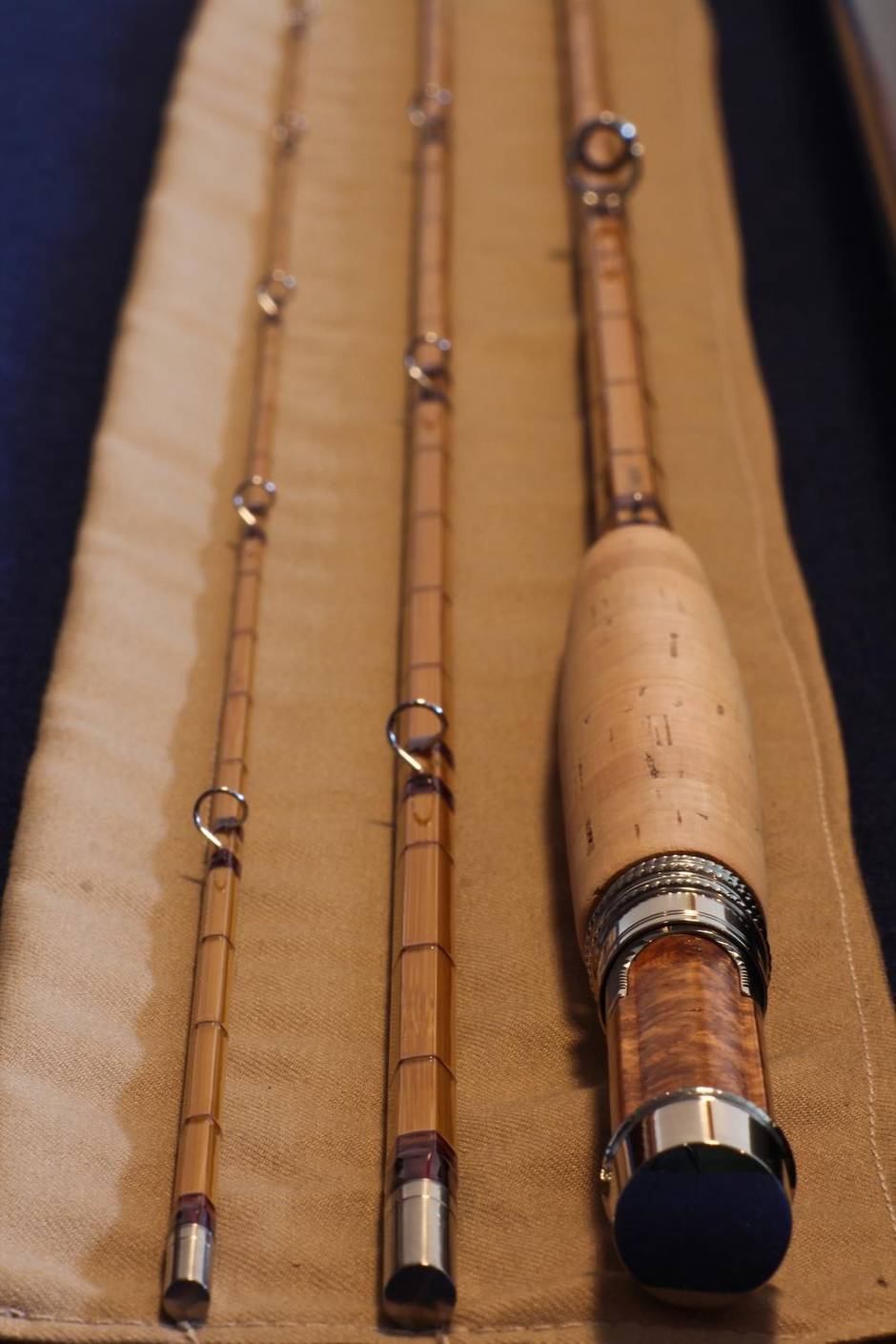 Then there’s the record player – not a laptop or an iPod but a good, old-fashioned turntable. “The idea is to escape from WiFi, to slow down, even go backward a bit,” Neal says. “Records have a tacit quality in a way the digital world doesn’t. That’s the key to all the objects I design – you want to touch them, feel the texture.”

Notably absent is all the crap. “I’ve reduced life to the essence of the things we cherish and make us feel good. It’s something we’re missing in the modern world.”

Neal doesn’t harbour delusions that visitors will ship their possessions to Value Village and move to the woodland. Nor does he expect to spend his entire life living the bothy dream. “This is an aspiration,” he says. “It’s not about converting everything but making little changes, movements and steps. We’re already doing it with food – now I propose taking a look at what surrounds us.”

Some designers, understandably, find that concept hard to come by.

“Perish the thought,” designer Thomas Wiggins says when I suggest the idea of winnowing down his life to fewer than a dozen objects that “spark joy.” The Canadian-born Wiggins, who divides his time between an 18th-century château in the south of France and a London pied-à-terre, is best known for creating rooms heavy with lavish textiles, art and curio collections. “One of the first things I do when designing a room is look at how to create scale, balance and symmetry. The only way to do this is by layering with beautiful objects,” he says.

Wiggins has honed the act of adding, rather than taking away, since inheriting a piece of Jasperware pottery from his late mother. It set him on a path to collecting neoclassical designs on his travels – “my own version of the Grand Tour,” he says. In the 1990s he ran an antique shop in Toronto, then channelled his passion for collecting into custom interiors.

“For me, it’s all about creating an environment that’s welcoming, comfortable and timeless,” he says. “Having beautiful things in these spaces helps do this.” 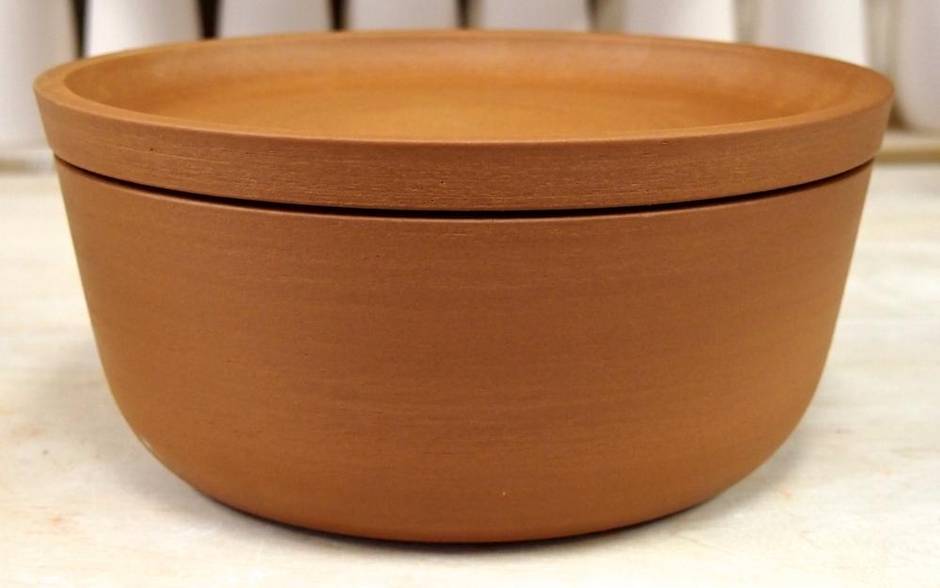 Terracotta multifunctional cook, serve and storeware, which will be exhibited at Mindful Living. (Photo by Billy Lloyd)

What would you find in Wiggins’s bothy? His antique wall phone, Murano-glass pendant lantern, vintage domed cigarette holder and a six-piece Spode coffee service. But Wiggins wouldn’t stop at 10. He’d round up.

“Do we find irony in the fact that, as part of this mindfulness project, they will be crafting new tableware, new products, more stuff?” asks Colette van den Thillart, a designer and resolute maximalist. It’s a good question for designers who advocate paring down while churning out items that are “just the solution.”

Neal’s experiment, says van den Thillart, “just doesn’t work for me because I’m a staunch sensualist and my beautiful things are always there, loving and smiling, when I walk in the room – it’s a type of aesthetic therapy. I’m also very suspicious of walking in a room with no books. In my house, books are everywhere.”

She agrees with Kondo’s philosophy, with one hitch: “I’m forever adding new ‘joys.’”

Even Neal admits his own reality is still “miles away” from the ideal. “But that’s all right,” he says. “I can live it for a week in a bothy and slowly build on it. I’m trying to not romanticize the ideal. It’s not a dream but something nice to grab little bits of in our lives.”

Fair enough, I think, as I haul one of what will become more than a dozen garbage bags out my front door in an effort to put Kondo’s philosophy into practice. I feel better already. I’ll never be quite as austere as Neal suggests, unless I throw out my family as well. But I’m mindful that at least I’m getting somewhere.

If you had to pare down your belongings to what mattered most, what would you pick? Here is what some readers said: 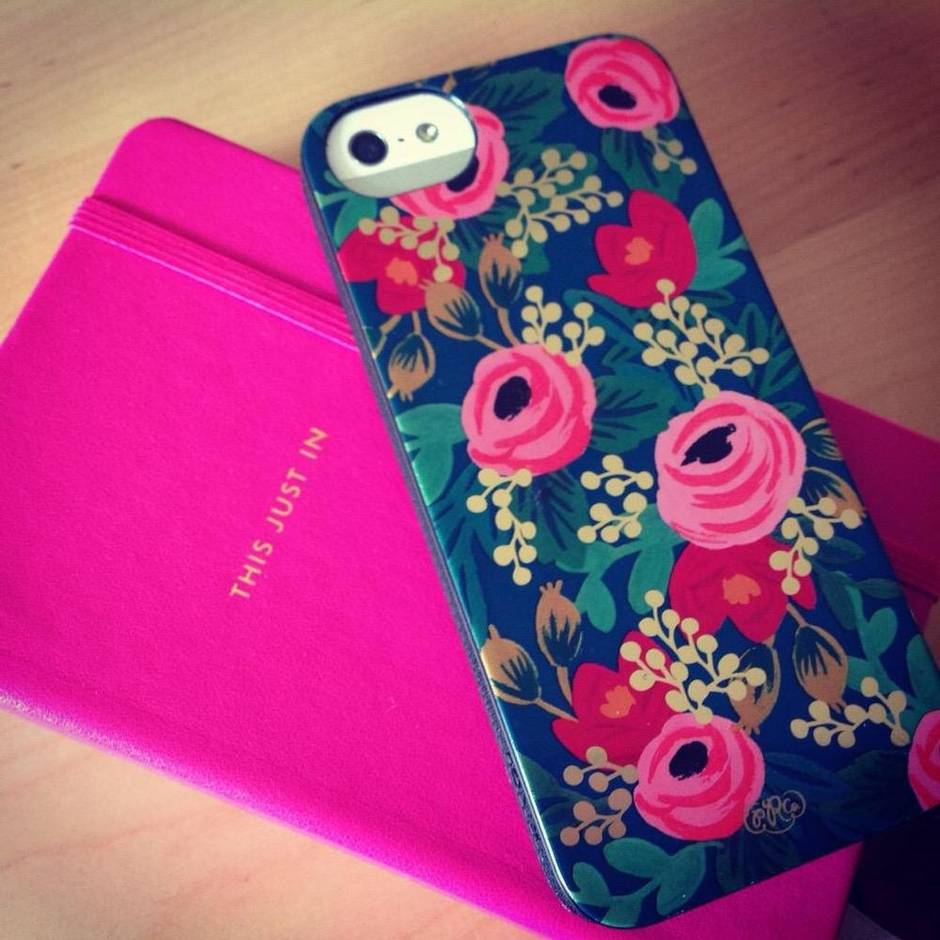 “How do I tweet a photo of the object I am holding? #iPhone6” – Tyler Colbourne

“Family photos and letters. Favourite books, too many to list here. My backpack. And my free will, whatever it’s worth.” – Jacek Surma

“Good question. I think every #Canadian may tweet you this: #TimHortons” – Lindsay Pennell

“At first thought it was my tech toys but that is just empty stuff without my loves. My husband, my kids, my faith. My other loves, art, gardening etc.” – Edith Gomez Perez

“I love my London Fog tea every morning.” – Chelie Elsom-Pharand

“A passport and a plane ticket!” – Tamara Elliott