Tropical retreats prove that the best things in life are often the simplest. The crunch of white sand underfoot. Slinky hammocks. The radiant hues of indigo oceans, fiery sunsets and bright green palm trees. Not even the odd jellyfish sting could burst such a blissful bubble.

The appeal of southern escapes is especially strong in a countries, such as Canada, where winter can feel endless (especially this year) and summer is marked by road construction. Who wouldn’t want to run away, at least for a little bit, to stay in a simple beach hut and forget about the hassles of an otherwise harried life?

Obtaining that bit of equatorial beauty doesn’t necessarily require a plane ticket to Grand Cayman, Mexico or Guyana (though that would be nice). The tropics are constantly inspiring designers to create escapist chairs, pillows and tables. The colours, the craftsmanship and the sheer vibrancy of it all help transform a living room or patio into a far-off, fantasy getaway.

Here, six of the breeziest. 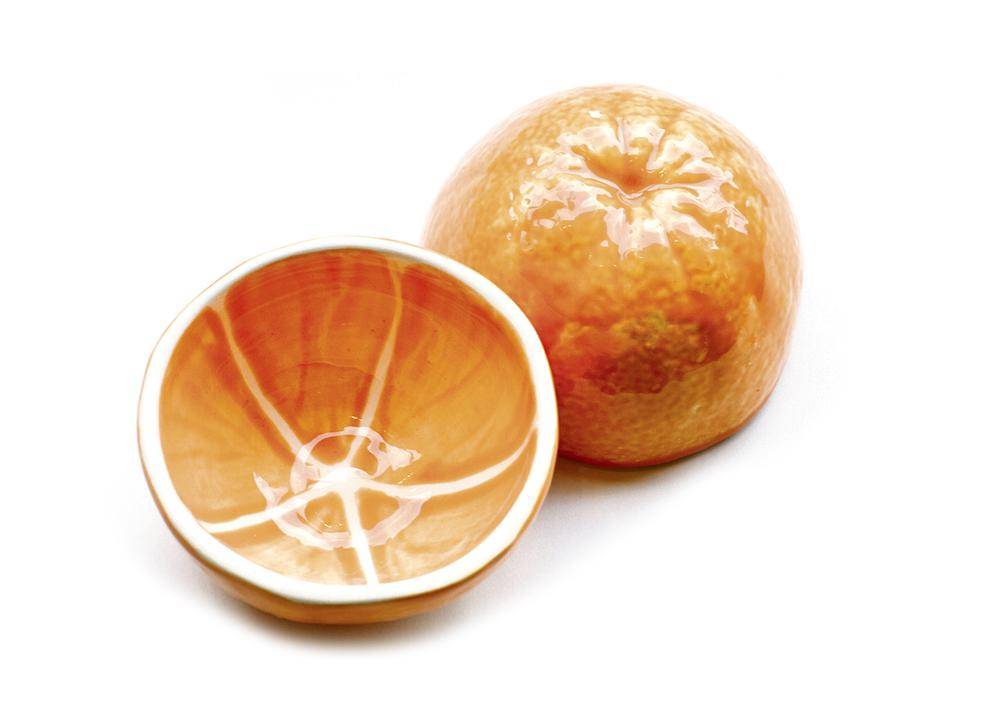 Melanie and Justin Mckenney are potters based in Buffalo, NY. The husband-and-wife team produce a line of ceramics called Vegetabowls. They use slip-cast moulds from real tropical treats – pineapples, coconuts, melons – then hand-paint the resulting earthenware. Their orange ice cream dish has a rippling rind; the colour is pure Florida sunshine. $25 each. Through room2046.com. 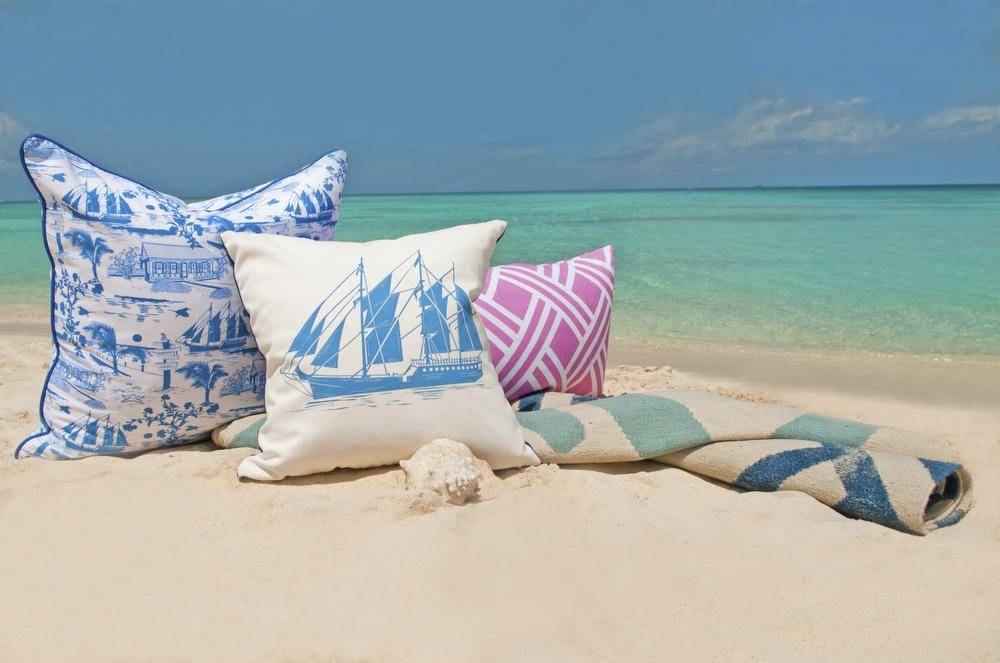 Despite its offshore banks and five-star hotels, the Cayman Islands are really just a sleepy trio of small, sandy outcroppings in the Caribbean Sea. After a trip there last winter, Toronto-based designer Kate Thornley-Hall captured the spirit of the place in a series of throw cushions, clearly inspired by the vibrancy of the colours, the lushness of the greenery and the simplicity of the colonial British architecture. From $120. Through katethornleyhall.com. 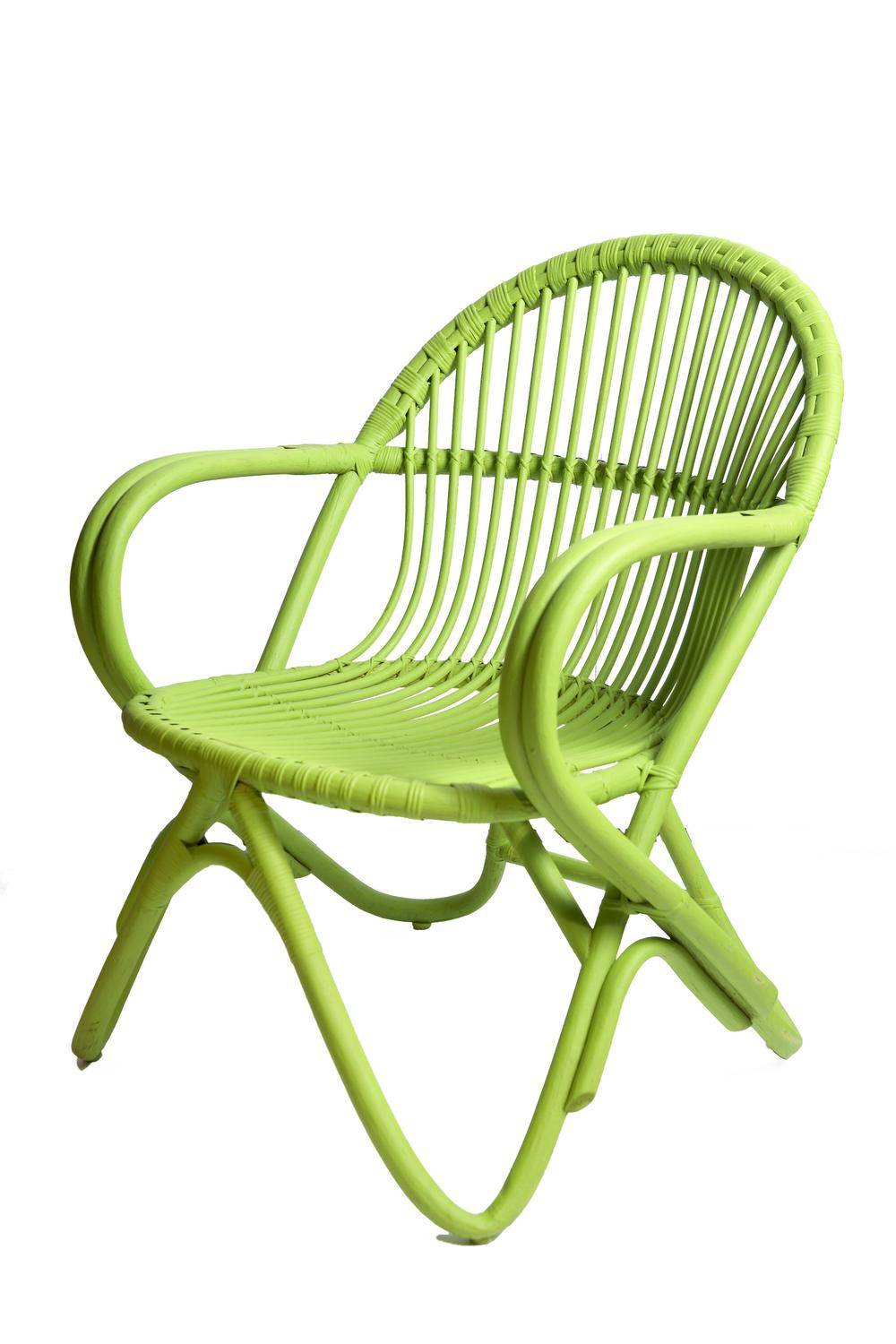 Patty Johnson is a Toronto-based designer with a social consciousness. She’s travelled the world to work with and promote craftspeople in developing markets, hoping to show that products from places such as the Guyana can compete based on quality and style, not just low prices. Her Liana Chair was co-created with Guyanese environmentalist Jocelyn Dow. It’s hand-woven with sustainably grown vines from the Amazon and has bold, modern lines. From $115. Through pattyjohnson.ca. 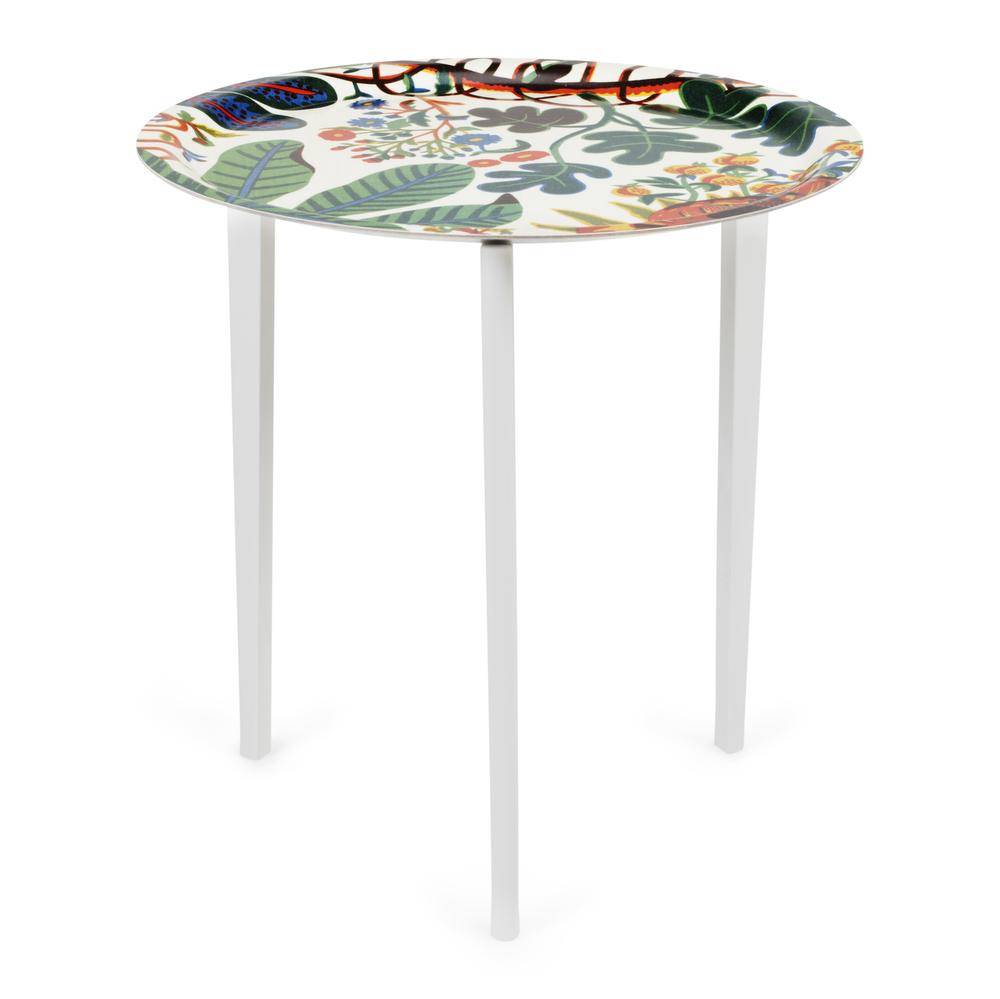 Although interior design company Svenskt Tenn is based in Stockholm – which has about as many palm trees as Jamaica has ice rinks – it is perhaps most famous for its sunny, equatorial patterns. They were originally conceived in the 1920s by architect Josef Frank as a reaction to era’s burgeoning, all-too-sterile modernist aesthetic. $83. Through svenskttenn.se. 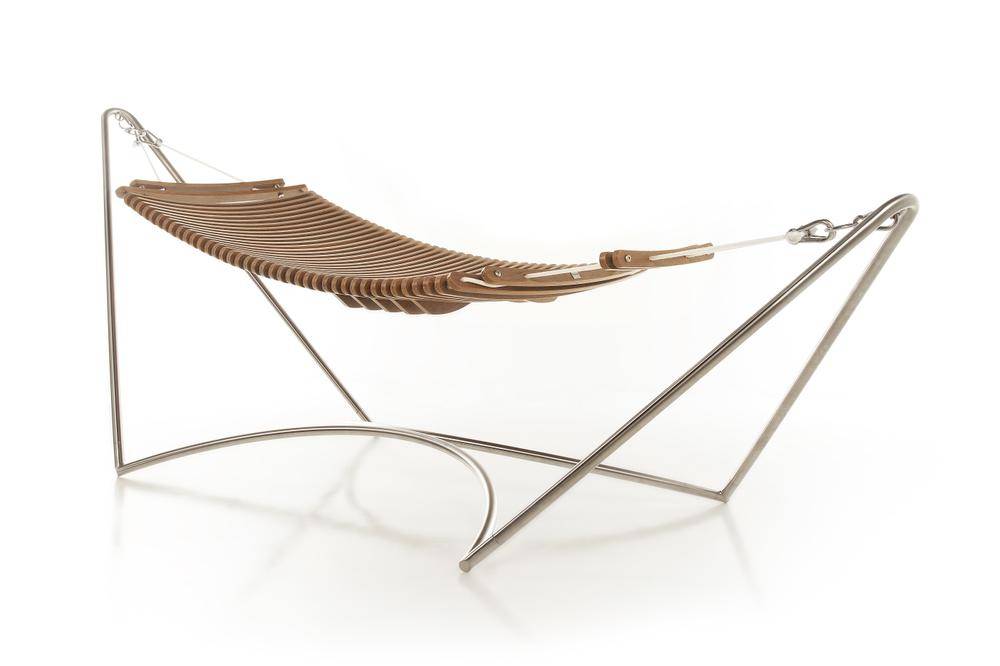 Architect Anthony Logothetis’s slatted wood hammock is a step-up from the typical, tree-strung cloth kind. Its stainless steel frame folds away for easy, off-season storage; its durable, marine-grade plywood ribs are engineered for lumbar support; and it has built-in drink rests (they flip out from the sides) so you don’t have to perch the pina colada on your belly. £1,950 ($3,565). Through shop.seora.co. 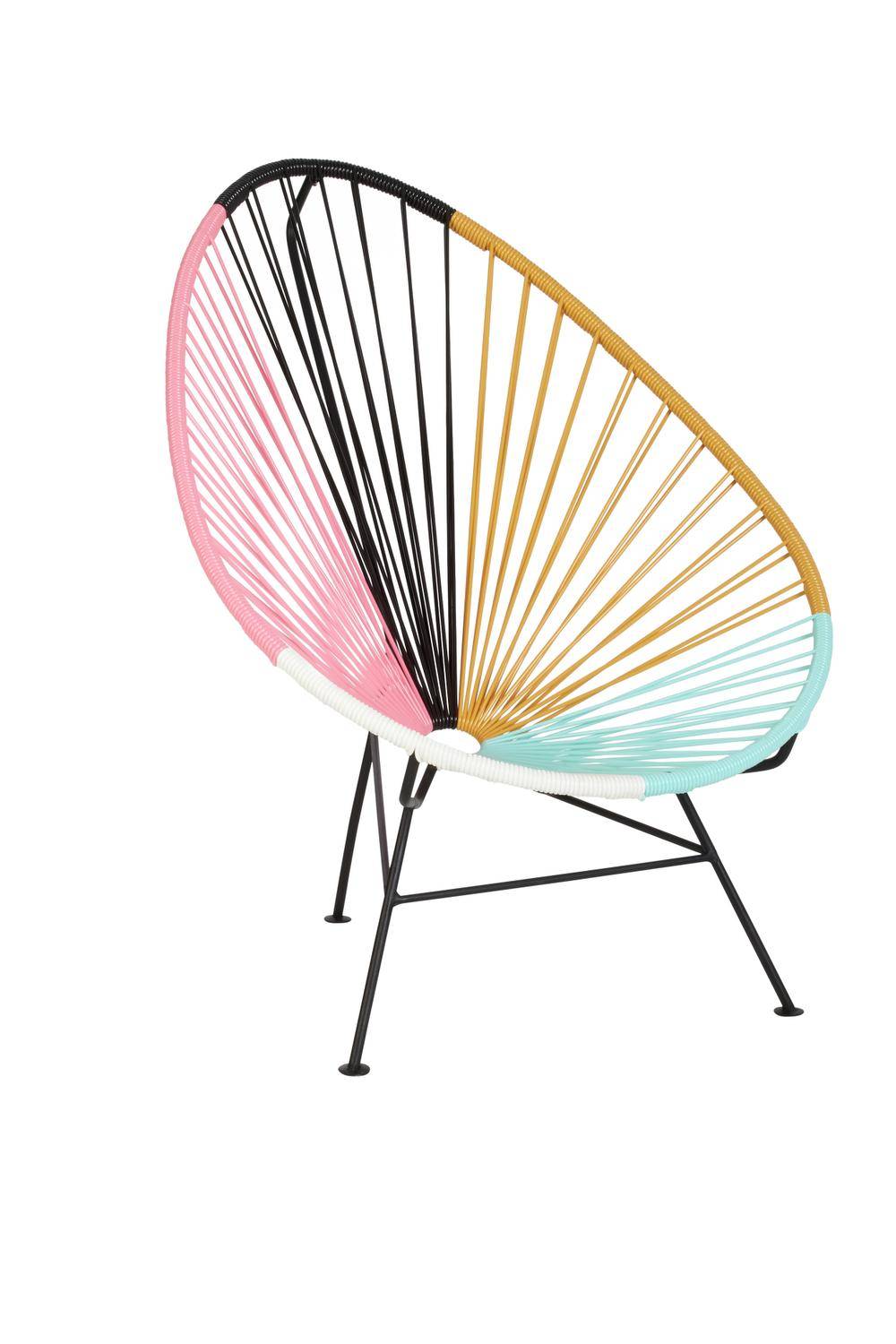 The egg-shaped Acapulco lounger is a symbol of Mexico’s heyday. The piece was originally designed in the 1950s in its namesake resort town, when Liz Taylor and Brigitte Bardot frequented the area’s white-sand beaches. CB2 has updated and re-released the mid-century classic with handwoven PVC cords in a modern palette of pink, black, orange and blue. $249. Through CB2.com.