Comments
Text Size
Until recently, Umbra, the Toronto-based, cheap-and-cheerful housewares producer (a bit like Ikea, only more plastics than particleboards), held a very specific place in mind. It was the brand that made my first, grown-up, moving-out-of-mom’s-house garbage can – the Garbo, designed by Karim Rashid, which I got on my way to university. In my late teens, I thought its plump, futuristic curves were cool (especially as mine was a silvery-blue colour). And it was cheap – likely less than a movie ticket, which is probably why almost everyone else I knew had one, too. So for me, Umbra will always conjure memories of my freshman room – decorated, as it was, on a dime. Something to remember fondly, if not to repeat.
Then last weekend, as I wandered through the aisles of New York’s International Contemporary Furniture Fair (an event where the phrase cheap-and-cheerful would draw death glares), I was surprised to not only see the company’s booth, but to admire much of what they had on display. Not for my 18-year-old self, but for myself today.
To be sure, the Garbo, or anything like it, was nowhere to be found. Instead, the company was presenting a tightly edited collection of 14 objects called Shift. Much of it was done in collaboration with young Canadian design talents. Many of the pieces were handcrafted (not mass-manufactured), and instead of plastic, incorporate natural materials like wood and brass. 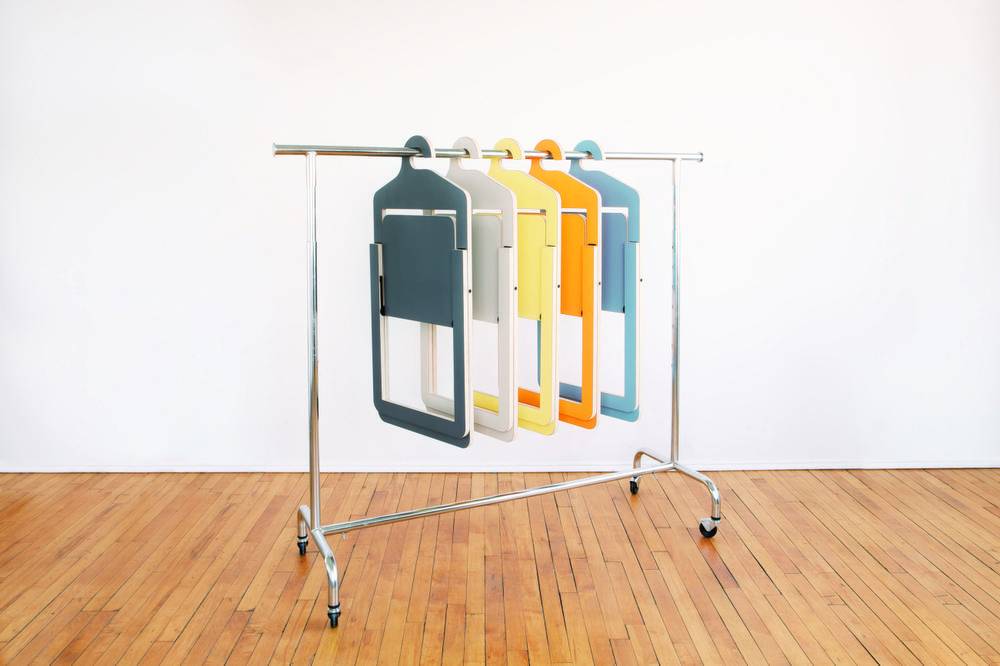 One of the standout items is a chair done in collaboration with Philippe Malouin. Born in Montreal but based in London (he used to work for England’s celebrated Tom Dixon), he created an ingenious chair that folds up into a coat hanger (so it’s both easy to store and helps with storage – it would work well for a big parka). 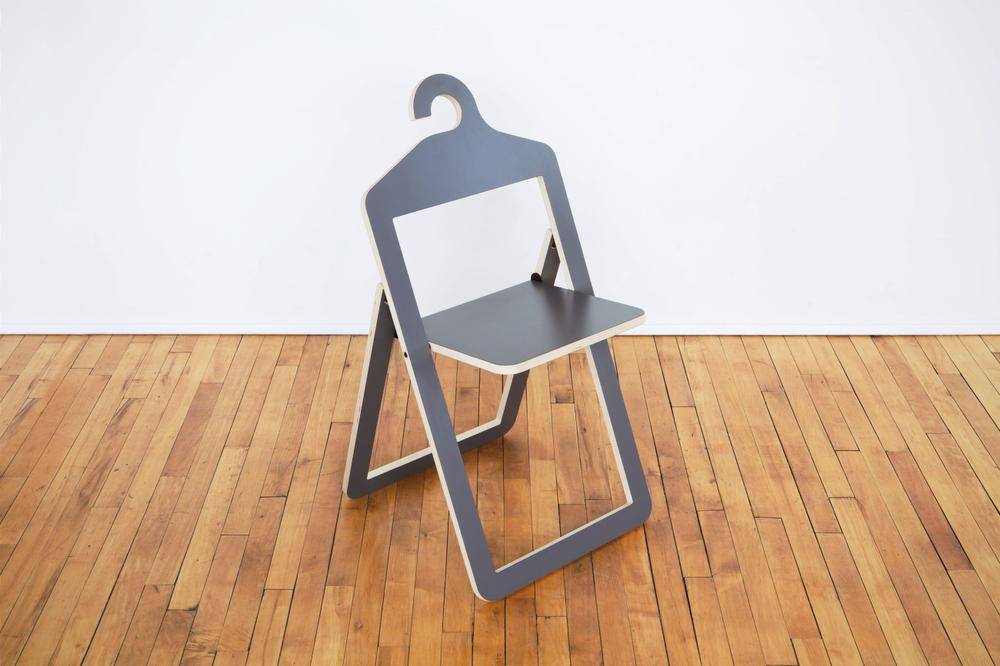 The seat is not the most comfortable for long stretches (the back and seat are plywood, so maybe it just needs a cushion). But it would be great as an extra chair to use when guests come over. It’s more stylish than most fold-aways and, even though it’s more expensive than many Umbra products, at $250 (U.S.) each, it’s not outrageous. 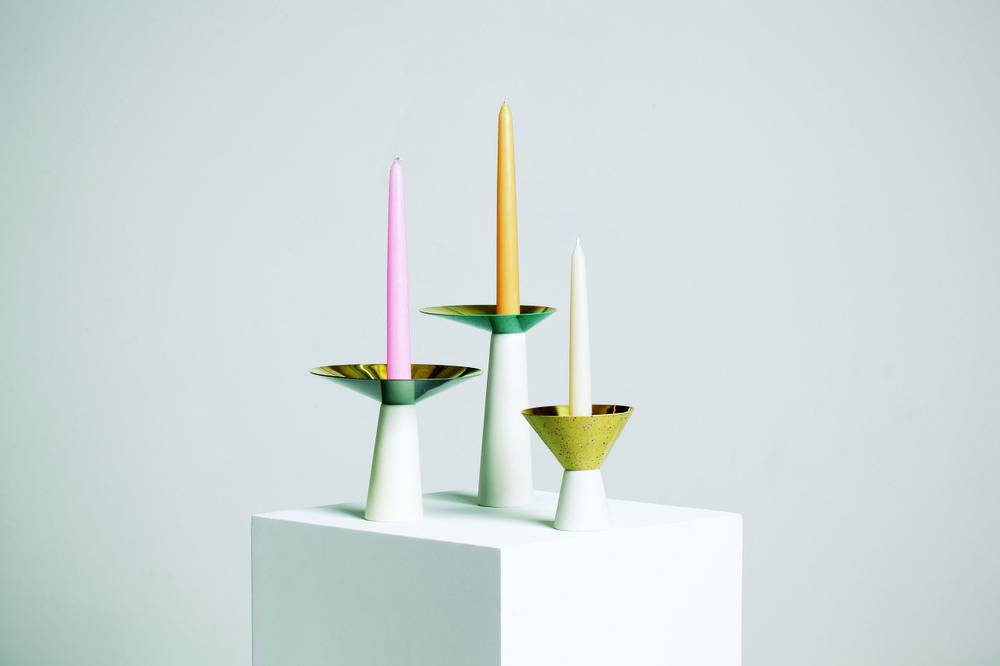 Other designs that impressed: A set of brassy candleholders, done with B.C.-based Lukas Peet, and a pair of hardy felt slippers, done with Toronto’s Fugitive Glue. 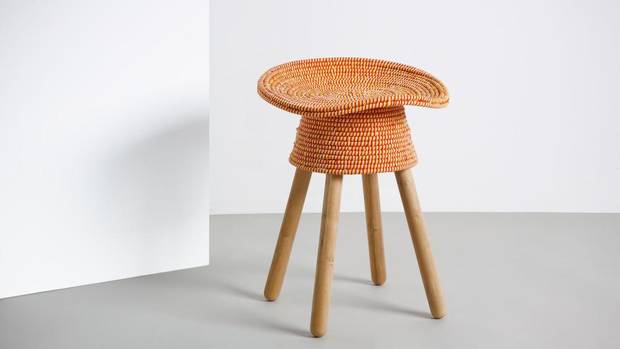 A colourful stool by American Harry Allen is also great. His piece is a mash-up of a tractor seat and a woven, Vietnamese basket. That sounds odd, but moulded just right, the butt rest is surprisingly comfortable.
Umbra’s design director, Matt Carr, explained that Shift has been in development for the last year and a half, and is really about Umbra going back to its roots. “Thirty-five years ago, when the company started, it used to sell to a lot of smaller independent stores,” he explained. “As the company got bigger, and started selling everywhere, it lost that connection. Small stores just don’t want things that are available everywhere.”
To put the motivation more succinctly, Umbra’s chief executive Les Mandelbaum told The New York Times: “You get rich, but you lose your soul.” The company reportedly does more than $130-million (U.S.) in global business annually, and Shift, which is really aimed at a niche, design-loving market, to be sold through a handful of small retailers across North America, won’t likely make up much of that. But with its attention to craft and detail (one of the lamps has a really nice on/off knob that’s just satisfying to turn), Shift is definitely Mandelbaum’s way of getting his soul back.
Follow us on Twitter @globeandmail Opens in a new window
Report an error Editorial code of conduct
Due to technical reasons, we have temporarily removed commenting from our articles. We hope to have this fixed soon. Thank you for your patience. If you are looking to give feedback on our new site, please send it along to feedback@globeandmail.com. If you want to write a letter to the editor, please forward to letters@globeandmail.com.
Comments