At Toronto's recently revamped Peter Pan restaurant, a pair of white fangs juts menacingly from the middle of a wall-hung Persian rug. The teeth are a clue that the tapestry – one of a set of three – is not decor. It's art. The whole thing is an optical illusion. From the front, it looks flat and intricately filigreed. From the side, it's startlingly 3D. The bust of a bear is cleverly hidden within.

The triptych – a bear, a moose and a deer, antlers and all – is the first Canadian commission for emerging English artist Debbie Lawson.

Lawson, who says she likes to create things that have "a magical look, which take people on a journey," could have easily shown her work in a fine art gallery. Her pedigree is impeccable. She has an armful of awards and degrees from Central Saint Martins and the Royal College of Art, and her pieces have been collected by the likes of Charles Saatchi and Mario Testino.

Showing in a dining room is savvy, though. Galleries tend to be transient, with patrons fluttering among the items on display. Restaurants have a captive audience: The diners are seated for an hour or two.

If the right customer is enchanted by the art, he or she might ask for a sculpture to go, in addition to a doggie bag. Although the three tapestries at Peter Pan aren't for sale, since they belong to proprietor and chef Noah Goldberg, the restaurant's management is more than happy to pass along Lawson's contact information.

Goldberg first discovered Lawson's work at the Town Hall Hotel in London. Investing in original art for his restaurant was a way to reinvent the 38-year-old dining room. Before he took over last year, the space was dated and faded. Now, even though the decor is spare – white walls and antique banquettes – the art gives the room a strong identity.

Lawson's work was a custom commission that intentionally complements Goldberg's menu of fresh and wild dishes (think pig's head terrine with leeks and fingerling potatoes). When he approached Lawson to collaborate, he explained his restaurant concept. Lawson was inspired by the "landscape and romantic wilderness" of this country.

At his eponymous restaurant in Vancouver's Rosewood hotel, chef David Hawksworth worked with designers from Munge Leung to choose bold statement pieces when creating the space four years ago. At the bar is a Damien Hirst piece called Big Love, a giant red heart decorated with butterflies and diamond dust. Equally colourful is Psychomania, a poppy wall installation by Vancouver sculptor Rodney Graham, which anchors the restaurant's most vibrant space, the aptly named Art Room.

Perhaps most notable among Canadian restaurants taking art seriously is the Drake, Southern Ontario's mini-empire of boutique hotels and restaurants, all expertly outfitted with original works. The chain's in-house curator, Mia Nielsen, takes into account a long list of factors before commissioning or purchasing any paintings, photography or sculptures – things such as the interiors, the lighting, the clientele and the site's history. For each property, Nielsen also helps ensure that staff members are well versed on the collection, in case a patron makes an inquiry.

Take the Drake One Fifty, the power restaurant in Toronto's financial district. Nielsen is cognizant of the fact that the place is a draw for regulars who make it their go-to for lunch meetings and after-work schmooze sessions. As such, she looks for pieces that draw the eye and mind, maybe even add some levity or a sense of humour to what can be an intense environment.

One of the pieces now on display is called Ivy, by Argentine-born, Mexico-based artist Maximo Gonzalez. From afar it looks like party bunting. Up close, the tiny flags are actually decommissioned currency cut into intricate patterns. It's a wink to the restaurant's Bay Street clientele and their obsession with something that is, really, only paper.

The piece won't be on display for long. All the art at Drake One Fifty is turned over after one year. It's a way to keep visual interest strong and give diners something new to look at. Even within that tight time frame, Nielson constantly evaluates whether what's on display is working or not. "If I've stopped looking," she says, "I have to correct the mistakes."

Because if she isn't interested, a diner most likely won't be inspired to look up from their haute hamburger.

Real or copycat: The thorny issue of authenticity in design
April 1, 2015 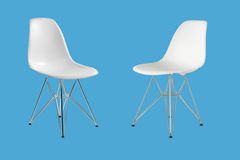 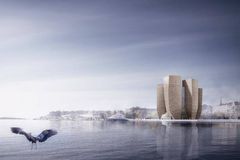