I once owned a house with a porch. Situated in a leafy neighbourhood in central Toronto, the house had been built in the early 1900s, and its large wraparound front porch reached out like a hand in friendly greeting. In fact, the decision to buy the house, which ended up being a deep money pit in need of endless renovations, was largely because of that porch, and the genteel summer living it suggested.

As soon as spring appeared, I would put old wicker chairs on the porch and, one summer night, I had a dinner party for six on it. I hung a few baskets of flowering plants from the edges of its roof: One year, a bird made a nest in one of them, and I felt that I had a magical living room that was both private and public, allowing for casual engagement with the community.

Unplanned conversations could happen – with a neighbour, a child returning home, the mailman. And yet, it also offered selective interaction with the world beyond the front door – a place we normally think of as beyond our control. Pedestrians might see you on the porch but they wouldn’t wave to you or outwardly acknowledge your presence unless you gestured somehow to them first. They would respect your privacy. Sitting there, it was sort of like being a queen on a dais, presiding over a little realm, acknowledging others only when she wanted to. 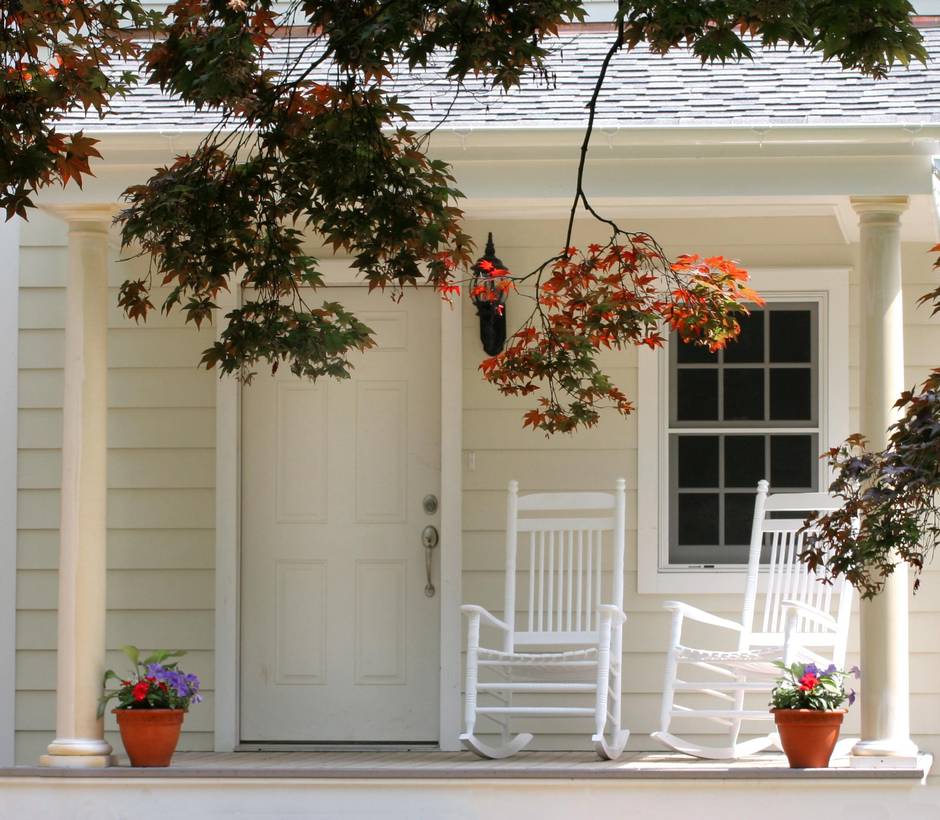 In some areas, the porch is the projection – literally – of a desire to encourage an ideal community in which everyone is friendly and knows each other. (iStock)

Even though, now, the porch – or maybe you call it a veranda – has lost some practical significance (it was once the best place to cool off before the ubiquity of air conditioning), it has gained cultural meaning.

The veranda had its heyday in the mid-19th century, architects explain, and its decline after the Second World War with the rise of modernism. The back of the house with a deck overlooking the garden became the preferred space rather than the front rooms.

“Notions about socializing and privacy have changed over the last few generations,” says Peter Ward, retired history professor at the University of British Columbia and author of The History of Domestic Space, Privacy in the Canadian Home. “We are choosier about the public we want to have an exchange with.”

Which helps explain why porches often provoke an emotional response. They can cause us to mourn a seemingly lost way of life – one that is slower, friendlier, like a Norman Rockwell image – when community was found on the street rather than online; when passing cars didn’t rule the road. A rebuke of contemporary urban life, in which many people reside in skyscrapers, gazing down upon human ants, the front porch is a platform for nostalgia.

Is there a modern equivalent?

To proponents of “vertical living,” such as Gregory Henriquez, managing partner of Henriquez Partners Architects in Vancouver, the porch is something far less proprietary than it used to be. For a recent high-rise rental project in West Vancouver called the Lauren, his firm has, he says, “put in place a very complex series of outdoor public spaces – a little parkette that has public art, a place for kids, an outdoor barbecue area, an indoor/outdoor dining room, a gymnasium, all on the ground floor, which everyone walks through.” Social programs and events in those common areas were started as part of the building’s management. Chessboards have been built into some of the seating areas.

Traditional porch love, he says, is “white Anglo-Saxon romanticism that goes along with ‘work ethic’ and racial segregation. It is an urban archetype of the past that was a fabulous model for community that really worked well in homogeneous cultures, where, say, everyone on the street was Portuguese.” 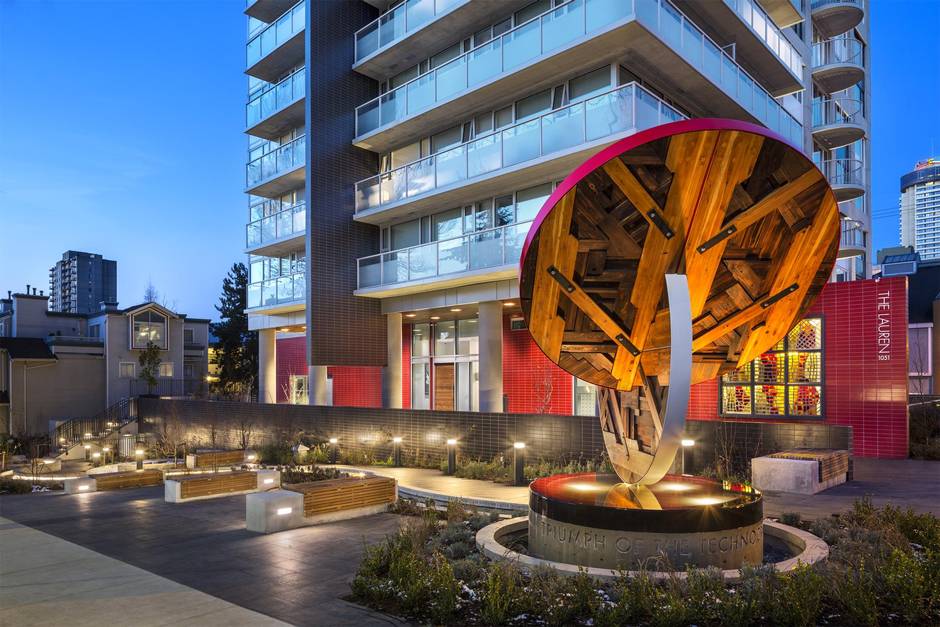 For a recent high-rise rental project in Vancouver, Henriquez Partners Architect designed a series of outdoor public spaces, which are meant to encourage the kind of communal ethos that traditional porches are known for.

Still, nostalgia is a powerful driver of design. “The porch is one of those domestic devices, like fireplaces or dining rooms, that we have continued to build even though they are arguably nostalgic,” comments Witold Rybczynski, professor emeritus of architecture at University of Pennsylvania and author of several books, including Home, A Short History of an Idea. “Fireplaces were ways to heat houses but they remain very important even though they’re more symbolic than practical now. Nostalgia is an important sentiment. It is often seen as a bad thing, but it isn’t.”

And verandas haven’t completely disappeared in modern architecture. “I’ve integrated porches in many [single-dwelling] house projects,” says Gilles Saucier, principal of Saucier + Perrotte, an architectural firm in Montreal. One in the Laurentians, north of Montreal, has a porch “cantilevered into the landscape,” he explains. Another in the Eastern Townships has a 1,000-square-foot porch that doubles the size of the house. “The living room explodes into the porch,” he says, adding that the seating area “evolves because of the change in architectural vocabulary but retains the meaning of being in a space that’s connected to nature, where people can sit outside and be protected.”

In some parts of the world, porches remain important because they represent cultural tradition. In the American South, for example, sitting on a veranda was a way to cope with the heat prior to air-conditioning and developed into an important space “where you can talk to someone without actually going into the house, which, if you’re a teenager on a date, might be very important,” Rybczynski says with a laugh. Now, Southerners retreat indoors in the hottest months but they still treasure porch life in cooler periods, with its swings and seating, because of its cultural history and meaning.

In other areas, a renaissance of porches are a projection – literally – of a desire to encourage an ideal community in which everyone is friendly and knows each other. In Florida, Seaside is one such planned community with specific architectural guidelines about porches, which has spawned several other “ideal” towns or suburbs across North America.

The porch figures powerfully in the cultural imagination: It’s the setting for memorable scenes in popular movies (To Kill a Mockingbird, Gone With the Wind, The Great Outdoors, Silkwood), described in literature and depicted in art (Edward Hopper). By contrast, the implacable face of a sleek modern house is intimidating, suggesting exclusion. It’s no wonder the porch works as an architectural shorthand for friendliness and approachability. But to be a true porch – and not an architectural cliché – it must be “at least six feet deep so you can put a chair out,” according to Rybczynski. “If shallower, it looks like a caricature.” 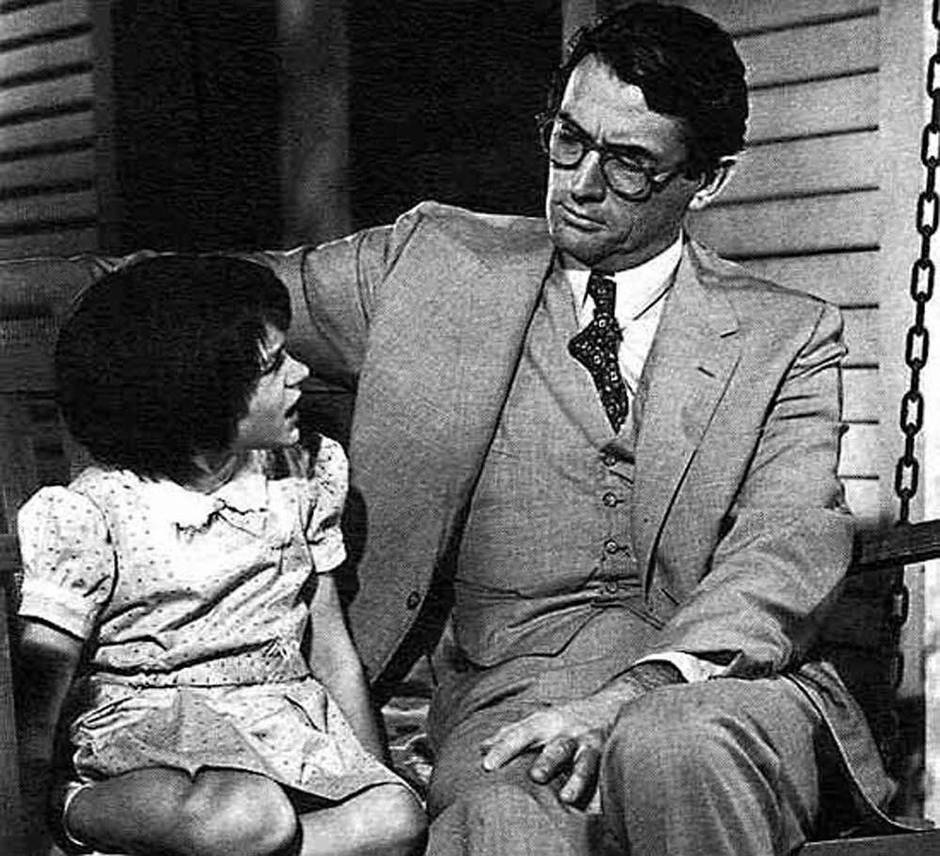 Porches figure powerfully in the cultural imagination: It’s the setting for memorable scenes in popular movies, such as To Kill a Mockingbird.

And what once was a bygone tradition can be used in new ways. Tenille Bonoguore is a mother, senior writer/editor at Perimeter Institute for Theoretical Physics and founder of the Grand Porch Party, an annual summer event in Waterloo, Ont., where she and her husband moved in 2010. “First of all, I’m Australian and porches are an iconographic part of growing up in Queensland,” she explains on the phone. In their neighbourhood in Waterloo, many houses are older with large porches. “I had serious porch envy,” she says. “Our house has a little, lonely porch.”

Then, she had an idea. Her brother-in-law is a musician. When he visited them when they lived in Toronto, he would play in their kitchen as informal entertainment. Why not on a porch? “I wanted to meet people in our neighbourhood and find a way for people to experience community and art in a new way.” She approached homeowners with big porches and asked if she could use it for a free pop-up concert. It was a big success.

At the recent, sixth annual Grand Porch Party roughly 700 people attended, sitting in lawn chairs or on the grass. Her event has spawned three more annual porch parties in the Waterloo region.

The “incidental sparks of community life” she describes on the porch could happen elsewhere – in a park, in a lobby and, hey, maybe even in an elevator of a residential tower if people spoke to each other rather than looked at the ceiling or the changing floor numbers.