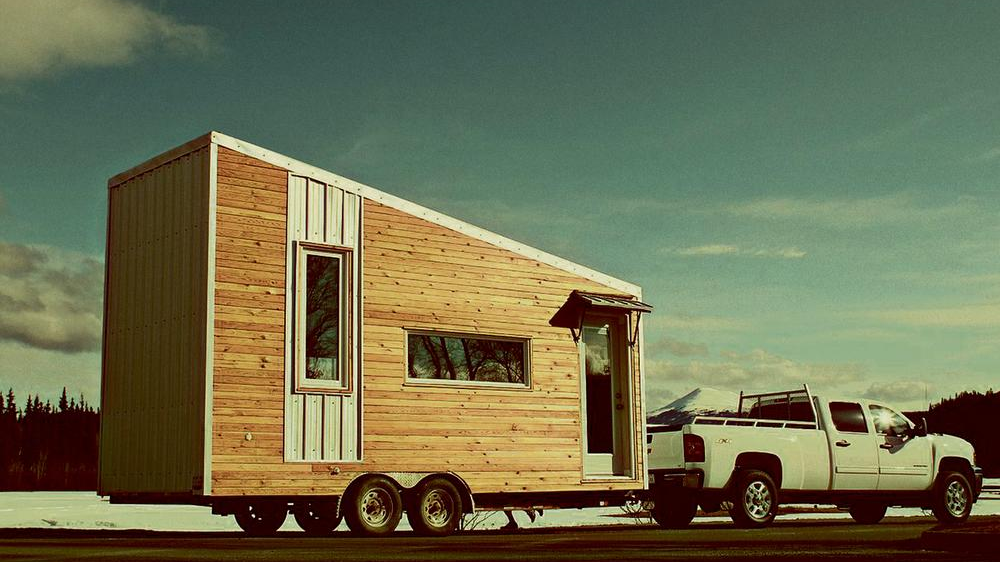 In the beginning, there was Clairtone and Russell Spanner, Roots and the late, great Pat McDonagh. These days, a new generation of proudly Canuck designers is following in their footsteps, making their marks in fashion, beauty, decor and more both in their communities and beyond. In honour of Canada Day, Globe Style salutes some of the brightest style setters in every province and territory, from Toronto to north of 60 (and they’re just the tip of the iceberg). 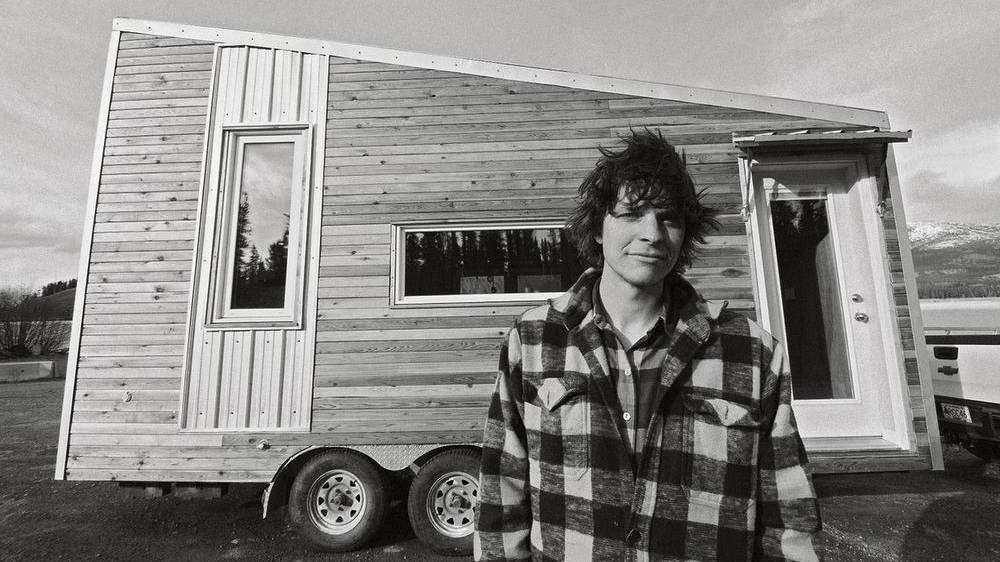 The eco-friendly structures, which come in several compact sizes and are built on trailers from 16 to 20 feet in length, take about six months to construct, feature handsome timber-frame exteriors and are insulated against the harshest winter weather; the newest version, a larger model boasting innovative vacuum-insulated panels (or vips) made by Panasonic, is slated to appear in Dwell magazine. Herbert, 30, developed the portable palaces because “I was tired of paying high rent for substandard housing,” he says in a phone interview from his home in Pelly Crossing, about 250 kilometres south of Dawson City.

So far, nine of the homes have been built in the territory, which the designer, a native of B.C., moved to in 2005. Their potential as chic Northern housing options, however, is as endless as a Yukon horizon. 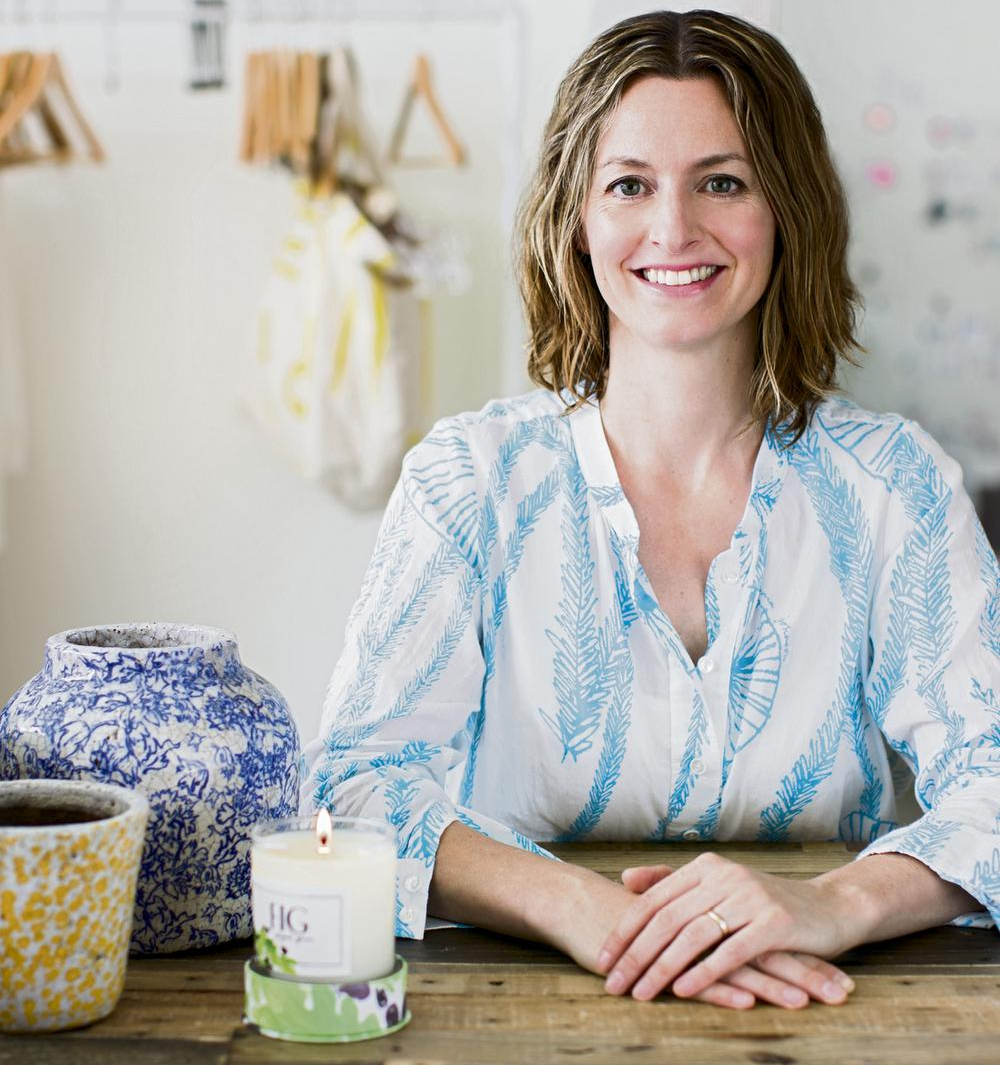 Anya Chibis for The Globe and Mail

Toronto-based textile designer Virginia Johnson’s 12-year career has seen her craft great success from a distinctive style – playful prints that lend well to the breezy fashions and accessories on which they appear.

Recently, she augmented her limited line of furnishings for the home with a new garden collection including hand-painted ceramic stools as well as pots and vases sporting some of her signature patterning in a rustic antique finish. “It really excites me to move beyond the world of clothes,” Johnson says of her latest venture. “It just feels like a natural extension to move into lifestyle.”

Having cut her teeth as an accessory designer for Helmut Lang and an illustrator for Kate Spade, Johnson cites the “level of excellence” she witnessed while working for both companies as a major influence on her own business, from her made-in-Canada ethos to her idea of brand evolution. Johnson’s recent expansion into e-commerce is a reflection of the latter: She shuttered her store on Toronto’s Ossington Avenue, out of which she sold her wares, to move to a space better suited to the next phase of her career: a multidisciplinary studio serving her growing repertoire.

How do you set your label apart in a city known for its avant-garde aesthetic? For UNTTLD’s Simon Bélanger (in glasses, centre) and José Manuel St-Jacques, melding a taste for the unconventional with luxurious fabrics has proven a magical mix (some of the results are pictured at far right).

The designers, who encourage their fans to “redefine themselves every day,” are slated to unveil their first boutique this fall (expect a temple to their sensual yet easy-to-wear pieces as artistic as the duo themselves).

The launch coincides with their collaboration with Montreal boutique Édition Des Robes, for which they’re designing a collection of dresses. Clearly (and despite its moniker), UNTTLD is well on its way to generating name recognition. 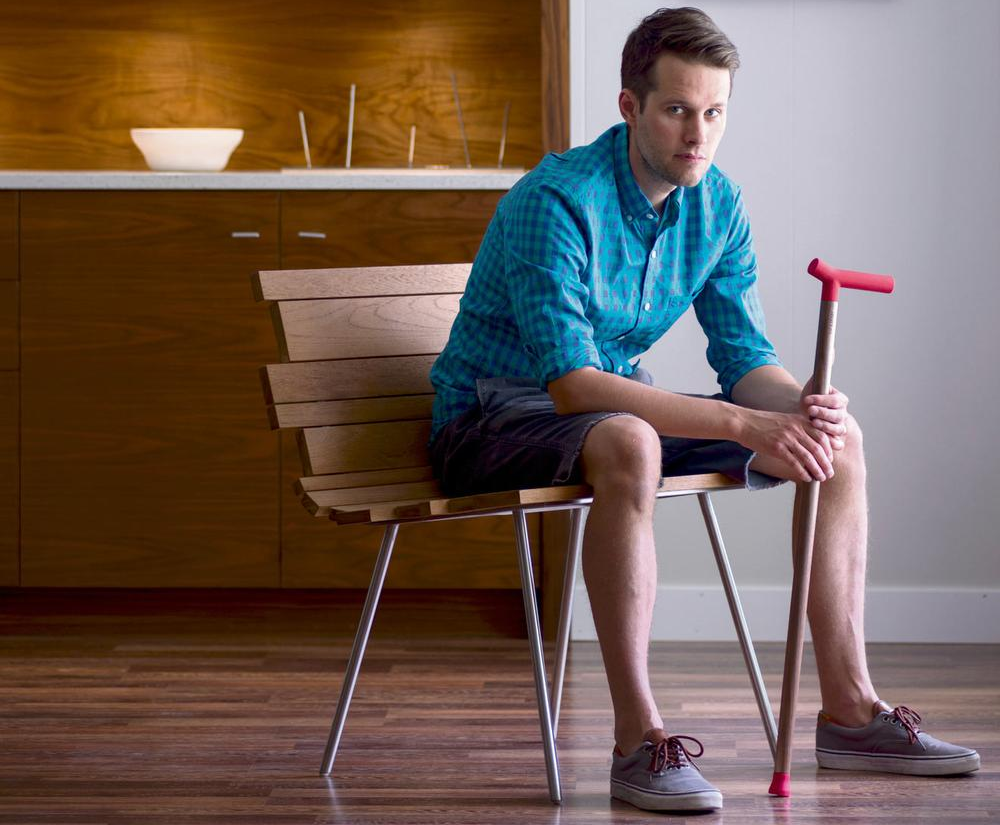 Thomas Fricke for The Globe and Mail

If Winnipeg’s Matthew Kroeker won early acclaim for his seating, including 2005’s Splinter Chair, one of his latest products – a funky walking stick with a distinctive upturned handle – is designed to keep people on their feet. The 2013 cane, which has a satiny walnut shaft and silicone-covered grip, is produced by Top & Derby, which Kroeker launched with two colleagues, Ben Grynol and Gerrit de Vries, in the spring of 2011.

“We saw right away that the home healthcare industry was one that was ripe for innovation and disruption,” the 37-year-old says via e-mail. “The aging population is growing rapidly, but the big manufacturers continue to churn out generic products. We started by redesigning the ubiquitous walking cane, as it’s one product that’s badly neglected in terms of design.”

Coming next from Top & Derby are “some new textile products.” On his own, Kroeker is also working on a new chair collection for EQ3, another Winnipeg design force.

The all-Canadian designer, who was born on the first of July, says that “growing up surrounded by vast prairies, lakes, mosquitoes, lawn chairs and all that great Canadian stuff” has left an impression on him. “I have this memory bank,” he says, “that’s stocked with unique creative references.” 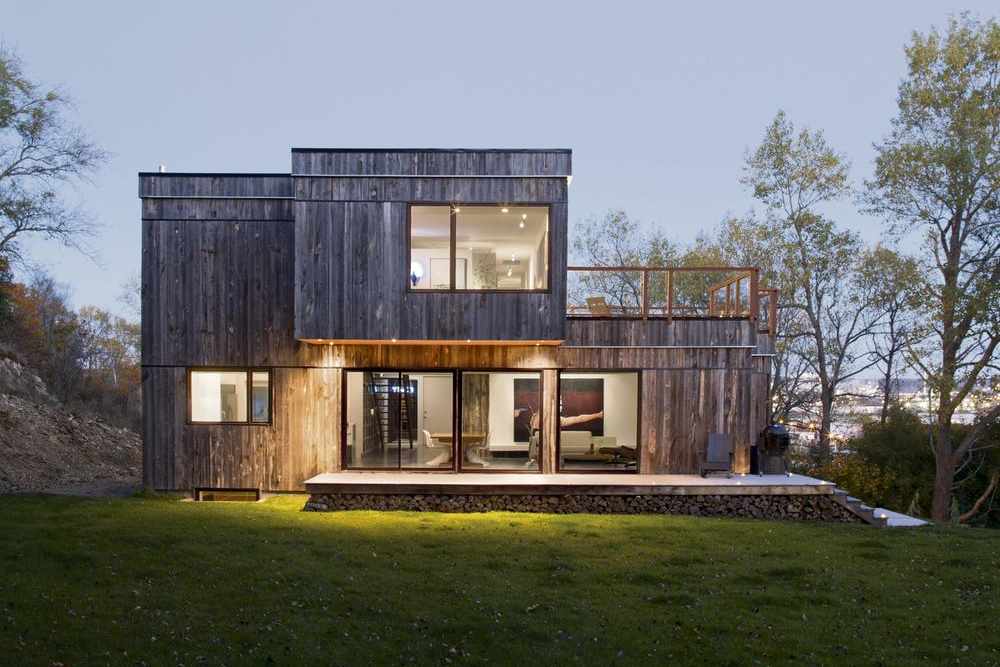 They’re young, they’re attractive and they podcast: Thanks to the leadership of husbandand- wife team Stephen Kopp and Monica Adair, Saint Johnbased Acre Architects has, in just four years, become one of the hippest firms on the East Coast. 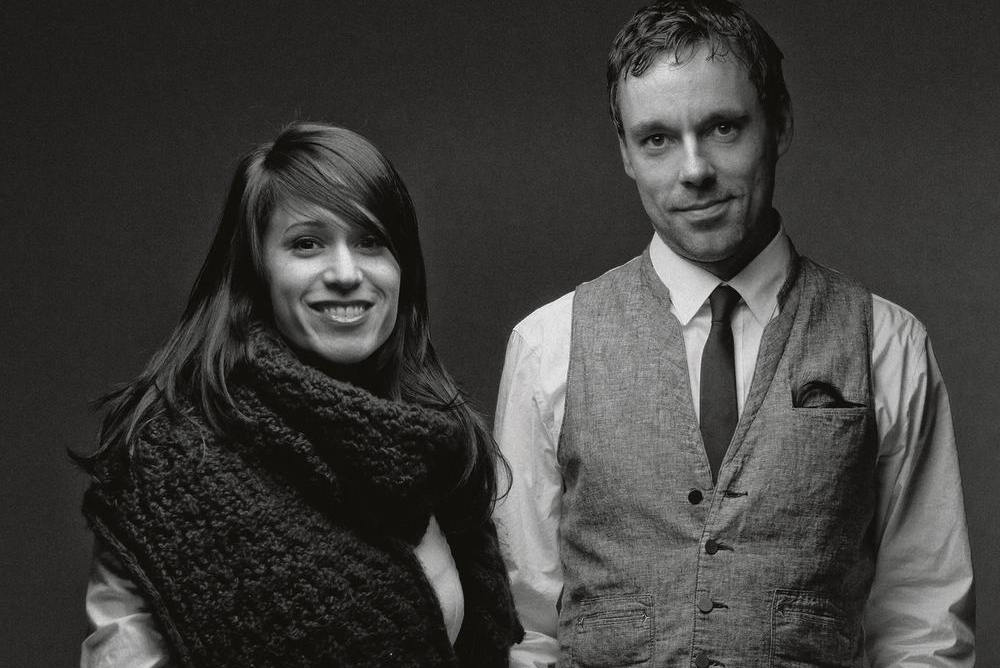 In additon to the video series it’ll be launching this summer, Acre was recently chosen in an international competition to design a boutique hotel in the trendiest of trend capitals: Williamsburg, Brooklyn. Closer to home, Acre is drafting the plans for the Picaroons microbrewery in Fredericton and an inn owned by Canadian comedian Shaun Majumder in his hometown of Burlington, Nfld.

But Acre’s reputation has been built on its residential designs – unapologetically modern houses that are respectful of the surrounding landscape. One Saint John home, for instance, seamlessly conforms to its rugged forested setting thanks to a green roof planted with sedums and an exterior cladding of reclaimed snow-fence boards from Wyoming. 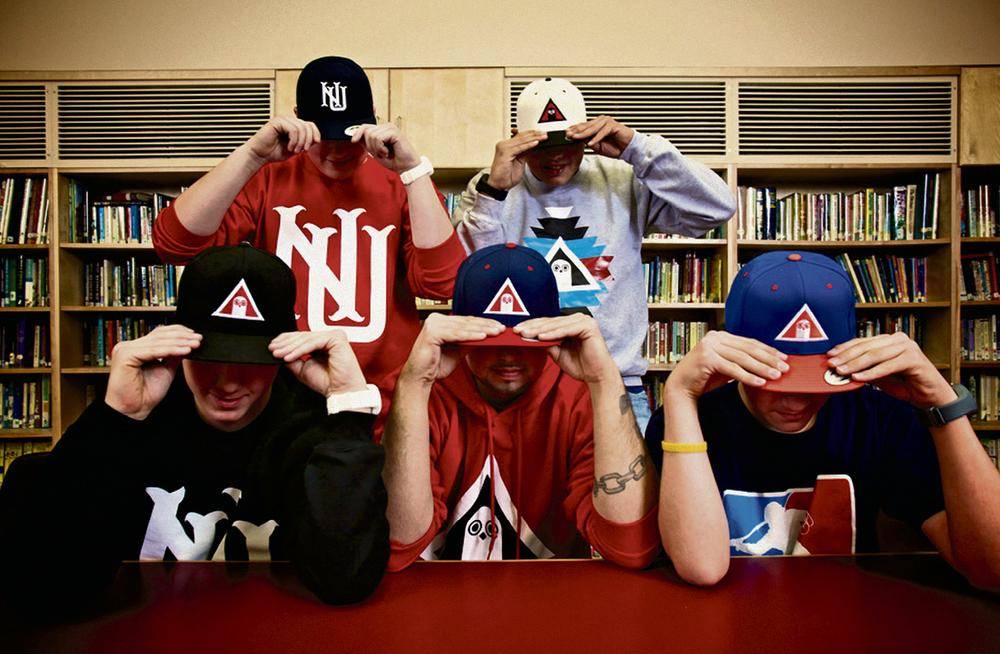 You might call it Arctic street: Nuschool, a graphics company specializing in illustration and mural art, had the inspired idea of bringing East L.A. north of 60, producing an eponymous line of T-shirts, jackets, caps and tuques with inherent cool factor.

The Iqaluit-based brand, which sells its wares online and through its shop in the territorial capital, was founded five years ago by Jonathan Cruz, a transplanted Torontonian who studied illustration design in California and at Ontario’s Sheridan College.

One of the keys to his clothing’s unique appeal is its connection to place and culture. Among the imagery featured on the apparel are the head of a northern hunter against a background of criss-crossing rifles, a colour- saturated harpoonist in the throes of a kill and the head of a snowy owl. Styles such as a woman’s cap-sleeve tee stamped at the centre with a multicoloured ziggurat are often sold out.

Nuschool, whose name evokes both Nunavut and a new way of doing things in the North, is clearly on to something: Both culturally and commercially, it’s at the top of its class.

You might call Jeanie Andronyk the Ring Queen of the Prairies, where her uncommonly striking finger art made of the finest metals and most precious of stones is generating growing buzz. Diamonds – used to adorn unconventional wedding and engagement bands – are Andronyk’s mainstay; the rings are sold to clients across Canada and the U.S., who mostly come to her through word of mouth. And that word is sustainability.

Using only recycled gold, conflict-free diamonds or labcreated Moissanite, the Alberta-born, Vancouver-trained resident of Shaunavon, Sask. aims for innovation in design as well as in material. For example, her current engagement-ring collection, called Infinite, is textured to mimic to planetary geology. Each ring is named after a celestial body, she says, because space, like love, knows no bounds. 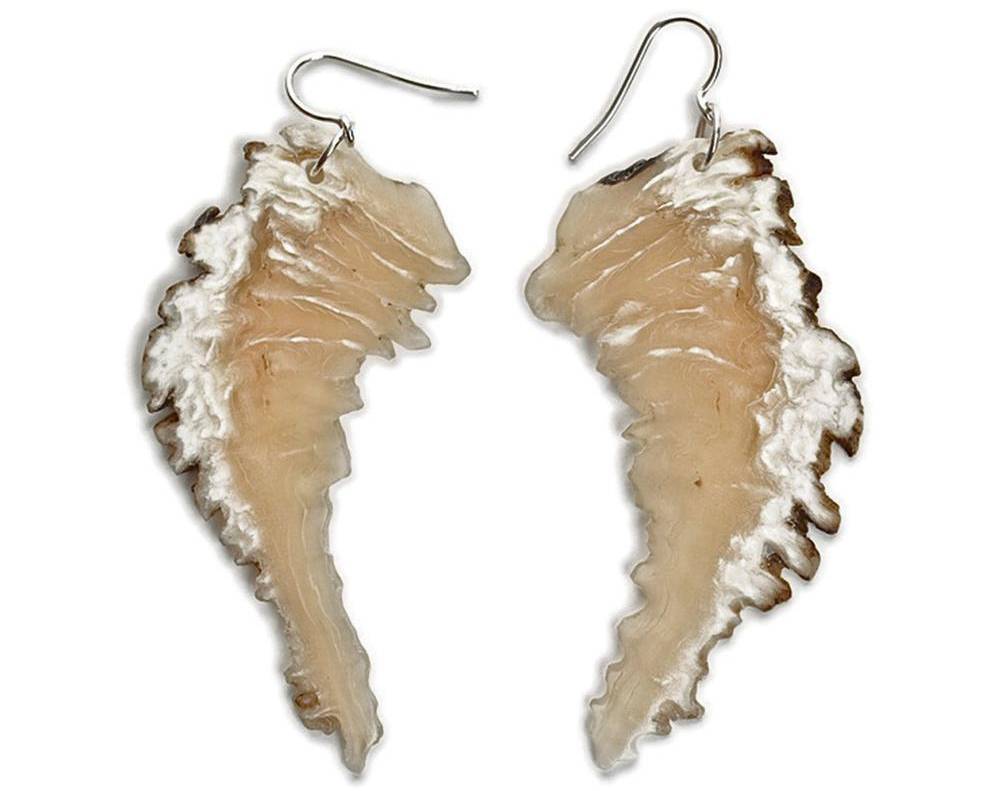 A third-generation Northerner whose family has lived in and around Yellowknife for the past 100 years, jeweller Jamie Look works with a distinctly local medium – muskox horn, an eco-friendly material ubiquitous on the tundra – to craft all manner of pieces designed to adorn the body.

Accented with sterling silver, her shoulder-dusting earrings and large crescent-moon pendants for the neck are as big, bold and beautiful as the landscape that inspired them.

The curator of 2013’s Boundless: Fashion From Canada’s North runway show at the National Arts Centre in Ottawa and a cultural ambassador at the 2010 Olympic Games, Look also teaches jewellery making to children and adults across the five regions of her home territory. Her main lesson (and one that she heeds herself)? Pride in craftsmanship. 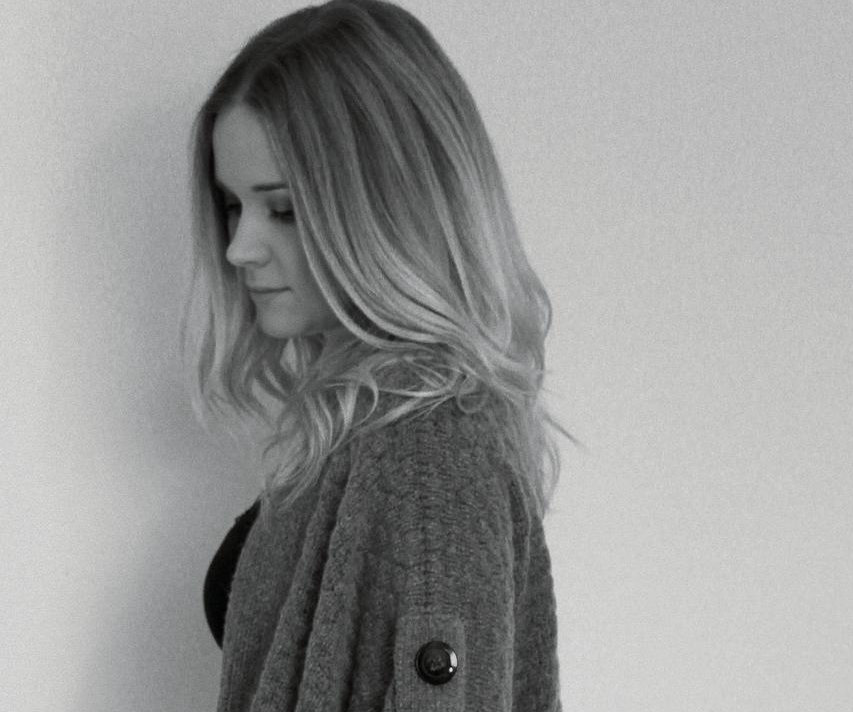 It’s only apt that knitwear designer Jenn LeBlanc named her fashion label, Rainy Sunday, after a bout of inclement weather: From her knubby jewel-toned tuques to the chunky sweater coats embellished with maxi-sized buttons on thick roll-up sleeves, the brand’s large-stitch, easy-towear pieces have generated a surge of interest in St. John’s, to which LeBlanc relocated a year and a half ago following advanced studies in knitwear at the Institute of Design and Merchandising in L.A. One of the capital’s leading local fashion retailers, August & Lotta, has just signed on to carry her upcoming collection of unstructured women’s sweaters made of neutral-toned merino wool and cashmere, which Leblanc will also sell on her website come August.

“There’s so much freedom and creativity in knitwear,” says the designer, who was born in Nova Scotia. “You are actually designing the fabric, not just the pieces.” 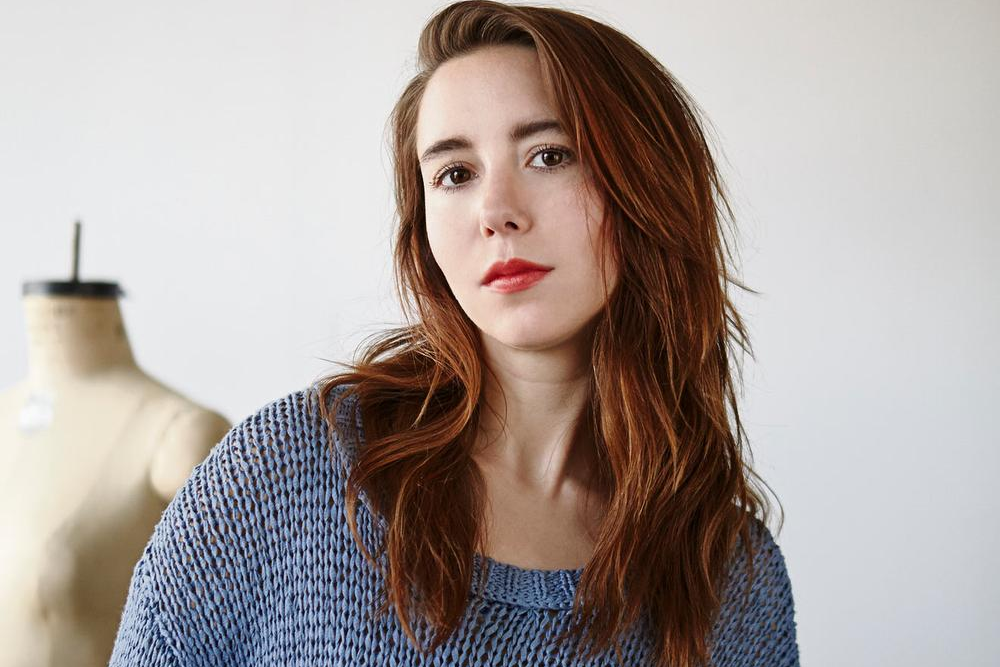 Aaron Pedersen for The Globe and Mail

A winner of the Mercedes- Benz Start Up competition during Toronto Fashion Week last fall, Edmonton-based designer Malorie Urbanovitch continues to carve her niche in the fashion landscape, kicking her keen sense of tailoring with a twist up a notch by adding a line of suede and leather handbags to her contemporary collection of women’s wear.

Urbanovitch, who previously worked as a stylist for a modelling agency, received support early in her design career from another Albertan business, the luxe boutique brand Gravity Pope.

“They carried us very early in the label’s creation and trusted in our potential early on. We have since doubled our orders every season with them and are now carried nationally in their stores alongside amazing brands,” she says, adding: “It has become a very fruitful relationship and we can’t wait to see where it will go as it continues to evolve.” May we suggest skyward? 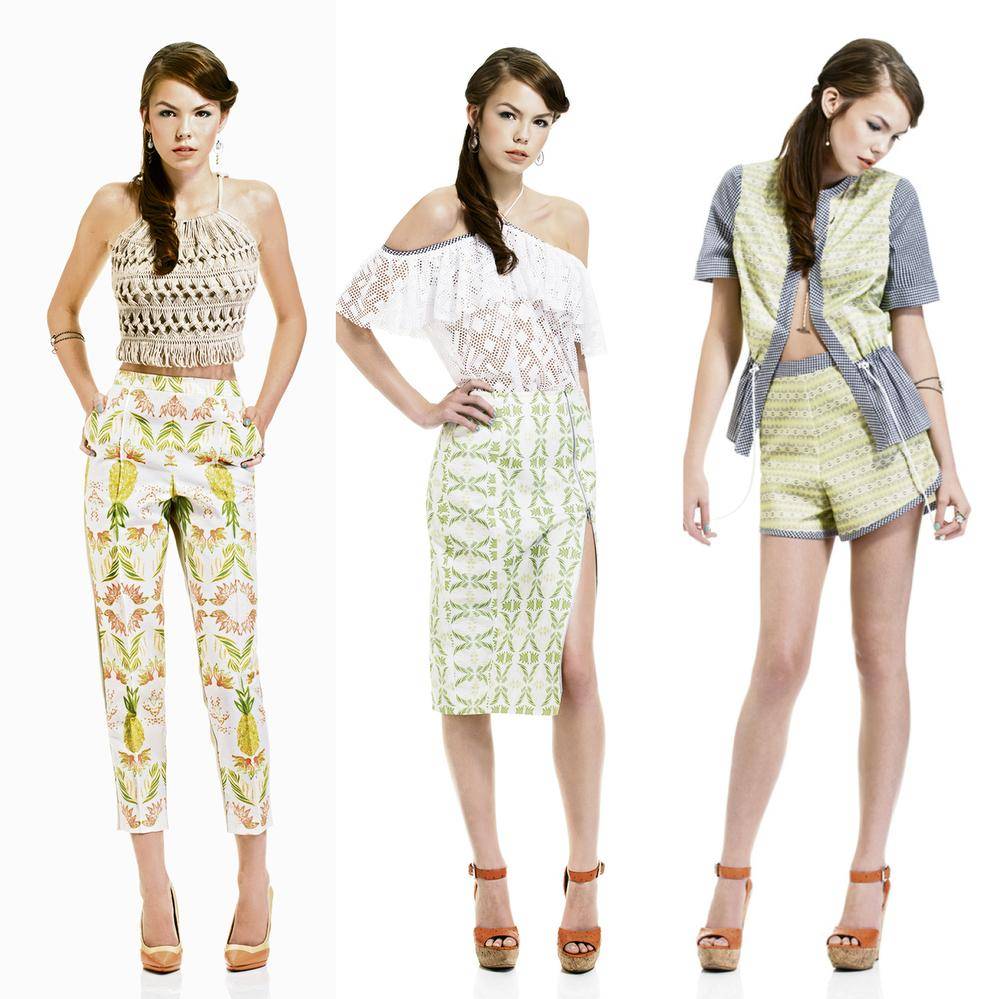 Sisters Louanna and Hilary Murphy might hail from PEI, but the duo behind the clothing label Dreamboat Lucy recently drew inspiration from a slightly more exotic island. “The theme behind this collection was vintage-Barbie-goesto- Hawaii,” Hilary says, describing their summer lineup. “We custom-designed three different prints [for the line].”

Those tropical motifs used on cotton separates feature pineapples and floral elements in washed-out hues that the siblings have paired with geometric lace dresses and macramé-style knits.

For next season’s collection, Dreamboat Lucy, which is carried at boutiques like General 54 in Montreal and Victoire in Ottawa, continues to look west – this time to Calgary, to which the Murphys will be relocating in the fall. Its “boho cowgirl” vibe seems perfect for the Stampede City. 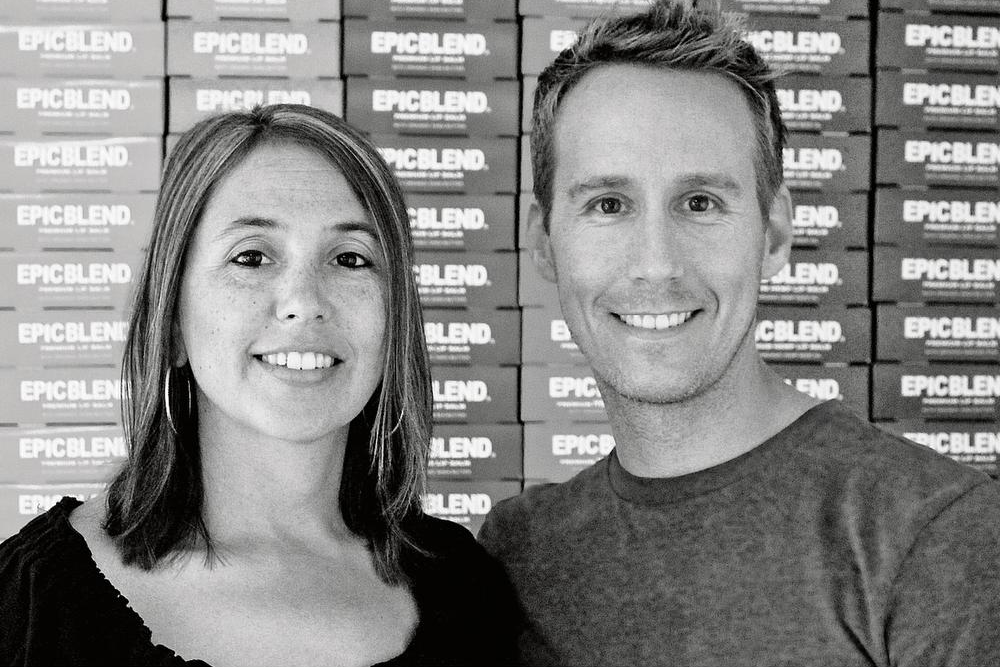 Lip balm, Curtis Koch says, is “one of only a few items that really goes everywhere with you.” That’s why he and his wife, Tracy Lengyel, launched Kelowna-based Epic Blend, a lip-balm line containing only natural, organic and gluten-free ingredients, in 2007. “Anything that goes on your lips ends up in your body,” Koch says.

Priced at $3.49 a pop, the balms come in three formulas (vegan, ultra-moisturizing and hemp-infused) and a plethora of flavours (pineapple-mint is a surprising winner) that have impressed Canadian beauty editors. The next step for the duo is a transatlantic one: Epic Blend is heading to the United Kingdom. 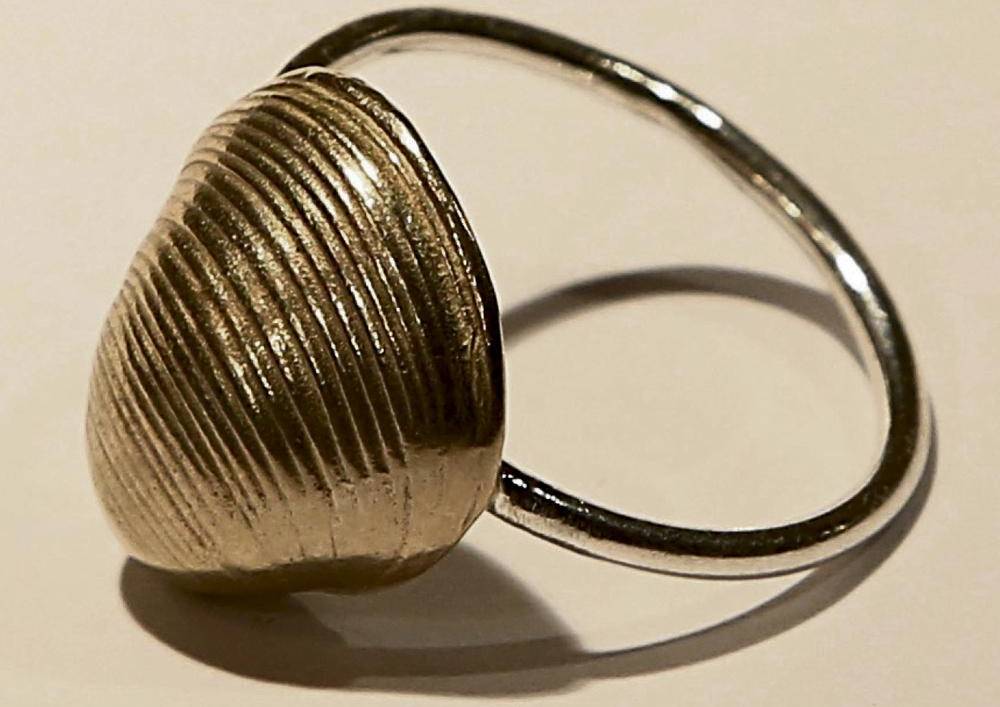 Her new seasonal shop offers items created by local artists as well as workshops conducted by them (Purcell herself will lead a jewellery-making course in the on-site studio).

Noting the particular beauty of another Cape Breton locale, South Harbour, Purcell is also in the process of establishing (with Sojourner Parsons and Brad Phillips) an artist residency there. “We are all head over heels in love with this part of the island and see it as a very inspiring, meditative place. It is all in the formative stages, but we see it as something that has the potential of being important for the creative development of both the community and the artist.”