There are more than 60 million migrants and refugees currently on the move around the world. Many, of course, are from Syria – Canada's goal is to settle 25,000 Syrians across the country by the end of February – but displaced people are also leaving Haiti, Afghanistan, Jordan, Lebanon, Iraq, North Korea and areas all over Northern Africa, fleeing conflict zones, forever wars, failed states and the effects of climate change.

What they have in common is the simple human need for belonging, and a hope for a safer, better life.

For the most part, we've relied on governments to regulate this giant migration, but what if the world's design community were to get involved?

Yes, there's Better Shelter, a collaboration of Swedish mass design brand IKEA and the UN High Commission for Refugees, which offers temporary housing and electricity made easy to deliver thanks to IKEA's omnipresence. This is fantastic, and much needed. But beyond better tents, there is a pressing need for innovative, forward-thinking design ideas that address a situation that is unfolding right here, right now. Here, prominent Canadian design minds weigh in on bricks-and-mortar solutions that can make a difference.

"Our project Welcome Place started as a rented student dorm where refugees of all walks of life were mixed with students. The model was temporary housing until permanent housing was found. Since then, the organization got to build a self-standing building. The building, completed [in Oct., 2011], was designed for 30 families, including support facilities. Our attempt was to create a place in which people can feel safe and, at their own pace, get to meet others and their now home city. The units are small, with small windows that provide privacy, shelter, prospect and refuge.

"The hallways are bright and wide, and interspersed with lounges that become first points of gathering, with large windows providing expansive views of the neighbourhood. It is about treating people with dignity through architecture, recognizing that it takes time to start feeling comfortable in a new place." Radulovic

"The key point here is creating places to which people – both new and existing Canadians – can belong. This [could] be very important to our cities. We could see firsthand if we embrace the influx of new Canadians how the intensification and better use of the existing infrastructure – be it social or economic or physical – leads to a better life for all. Wouldn't it be a great story if we could figure out the way we can all be better off if we think about settlement this way?" Hurme

"As a victim of Hurricane Katrina in New Orleans in 2005, [I was] displaced from my home for four months due to it having flooded. I saw firsthand how completely ineffective architects and other designers were in responding anticipatorily to crisis. Sadly, design thinking for first response is simply not in designers' DNA – it is not a part of design education, and therefore is by default ascribed low value within our hypercommoditized culture.

"For refugees who have survived arduous, life-threatening journeys, the most critical humanitarian need upon arriving at the destination city is medical attention, food and emergency housing. Hospital emergency rooms quickly become overwhelmed with patients in need of triage and subsequent medical aid and the need is immense for transportable clinics and field infirmaries deployable within 48 hours [that can be] quickly staffed and commissioned.

"Portable facilities can have an essential, positive role in handling the patient overload. Each and every country that will be accepting refugees from this, and future, mass migrations and other types of crises should commission their best designers, design teams, universities, and co-ordinate with humanitarian aid NGOs to develop and build innovative transportable medical facilities."

"I think you need to get designers and architects on board in the planning stage, regardless of whether the issue at hand is short-term or long-term accommodation. An initial design brief [should be] based on who is arriving and from where; are they couples, families or single people; whether the migrants were previously rural dwellers, a mix of middle/upper class people or both; what on-site supports are going to be provided; and finally, the actual accommodation they are going to be offered when they arrive. With a brief and a site, good designers can quickly develop high-impact solutions.

"For instance, the issue of what constitutes privacy is very different culture to culture. It may be more culturally appropriate to provide family accommodation where the design is based on a large room with some sleeping niches and separate washing quarters, rather than a number of small self-contained rooms that is the more conventional North American model. In some cultures, traditional customs require the ability to transform the accommodation to allow the residents to create temporarily a separation between genders. There are many ways in which this can be seamlessly and elegantly done such as an incorporation of a curtain, bifold or sliding doors into the overall design. These small gestures are so valuable in allowing people to 'customize' the shape of their housing.

"Cooking facilities are another residential design component that again differ greatly depending on one's culture. In many countries, cooking is a multigenerational and social event. Wouldn't it be fantastic to offer up a kitchen area that is made up of movable components that would allow individuals or families to reorganize the space so they can create a kitchen/dining space that works well?" 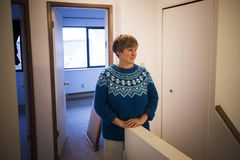 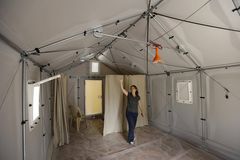