Terry Oh’s left leg is prosthetic. It’s a well-engineered device: stainless steel and durable, with a jointed knee that bends naturally as he moves. But most of the time, the artificial limb is hidden behind any number of graphic, custom, interchangeable scrims called fairings. They each have the outline of a muscular lower leg – including a robust, full calf. Depending on the day, they might be etched out with a Star Wars motif, or menacing skulls, or a simple lattice illuminated from behind with a glowing LED.

The fairings, designed and produced by a Victoria-based startup called the Alleles Design Studio, have been a significant part of Oh’s self-empowerment and pride as an amputee. He lost his leg four years ago in a horrific motorcycle accident. A van went through an intersection in Regina and broadsided his Harley-Davidson, sending the then-32-year-old skidding across the ground for almost 60 feet. 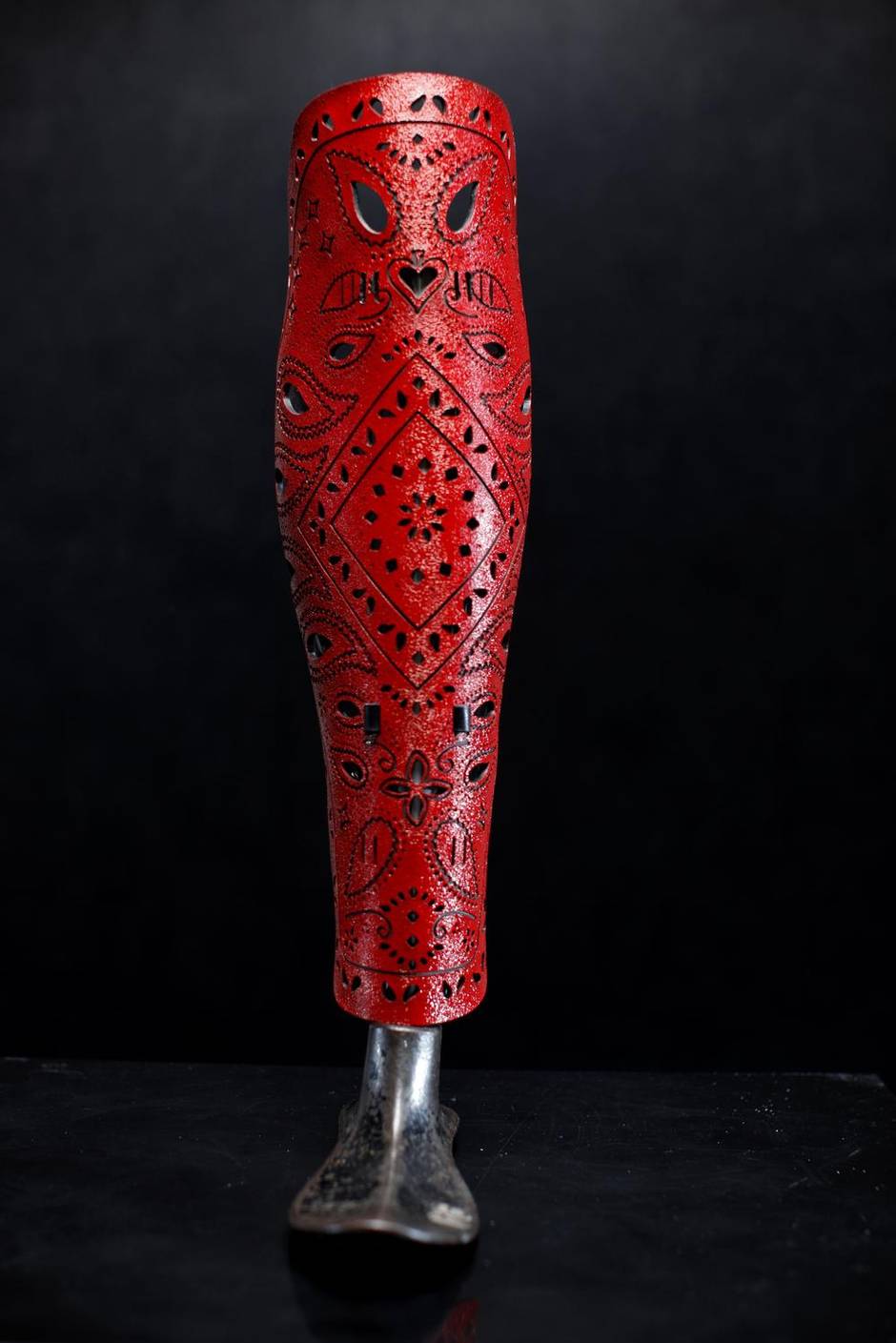 But instead of being traumatized by the accident (which he definitely isn’t: “I was back biking again by the next spring,” he says. “As soon I could.”), he has turned it into a creative outlet. Going so far as to relocate to Victoria with the Alleles co-founders, Ryan Palibroda and McCauley Wanner, to help refine, promote and design the products as a partner in the business.

Design-forward prosthesis enhancements such as Oh’s are a new but growing industry. They are significant because they give prosthesis users a much broader set of choices.

They go well beyond the usual options: functional but graceless, or limbs that attempt to mimic flesh but ultimately fail to do so. Much the same way that clothes, make-up and jewellery are ways that all of us attempt to gain control over our appearances and our bodies, these prosthetic enhancements do the same for amputees. They are an important outlet for self-expression, which helps build self-confidence, and so are ultimately highly liberating. Alleles is just one of a number of a companies addressing this issue. An important genesis moment might have been Alexander McQueen’s Spring/Summer runway show in 1999, when Paralympic athlete Aimee Mullins walked out wearing ornately carved elm-wood legs (heels built right in, flowers climbing the thigh). Now there’s also San Francisco-based Unyq. Over the summer, male model Alex Minsky wore one of their fairings on his prosthetic leg at a New York Fashion Week event. It looked like a feathered wing, wrapping up and around his leg like a modern-day Hermes sandal, as though he could take flight at any moment. 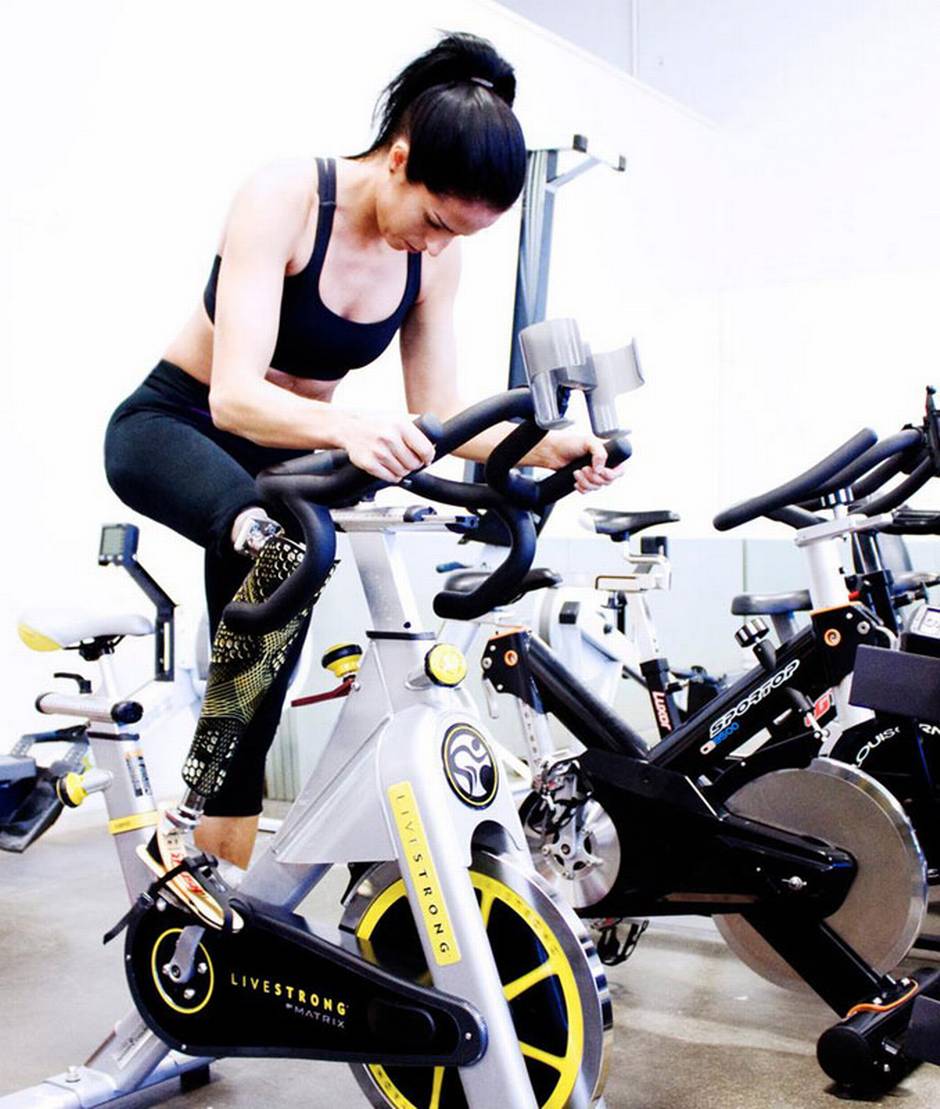 One of the most experimental proponents is Britain’s Sophie de Oliveira Barata, a former special-effects artist who now, through the Alternative Limb Project, crafts custom limbs that are couture-like in their decorative complexity. Her most noteworthy, perhaps, is a Swarovski-crystal-encrusted leg worn by British singer and model Viktoria Modesta during the closing ceremonies of the London Paralympic Games in 2012. But she’s also done many other prosthetics that specifically reflects the character of the user: ones covered in floral patterns, or feathers, or inset with storage compartments (for practical-minded wearers).

“Wearable prosthetics transcend the notion of what it means to be human, through art and design and [the] ability to play with your body’s perception,” says Modesta, who has also collaborated with de Oliveira Barata on other projects, including a leg outfitted with speakers. “There’s a real power in transformation in that, and a raw glimpse of how technology affects our psychology today. … Does it really make us less human to have these artificial add-ons when it’s directly a part of our body?”

Of course, while an appendage covered in crystals or feathers is absolutely gorgeous, it’s not practical for everyone. For one thing, price is an important consideration. 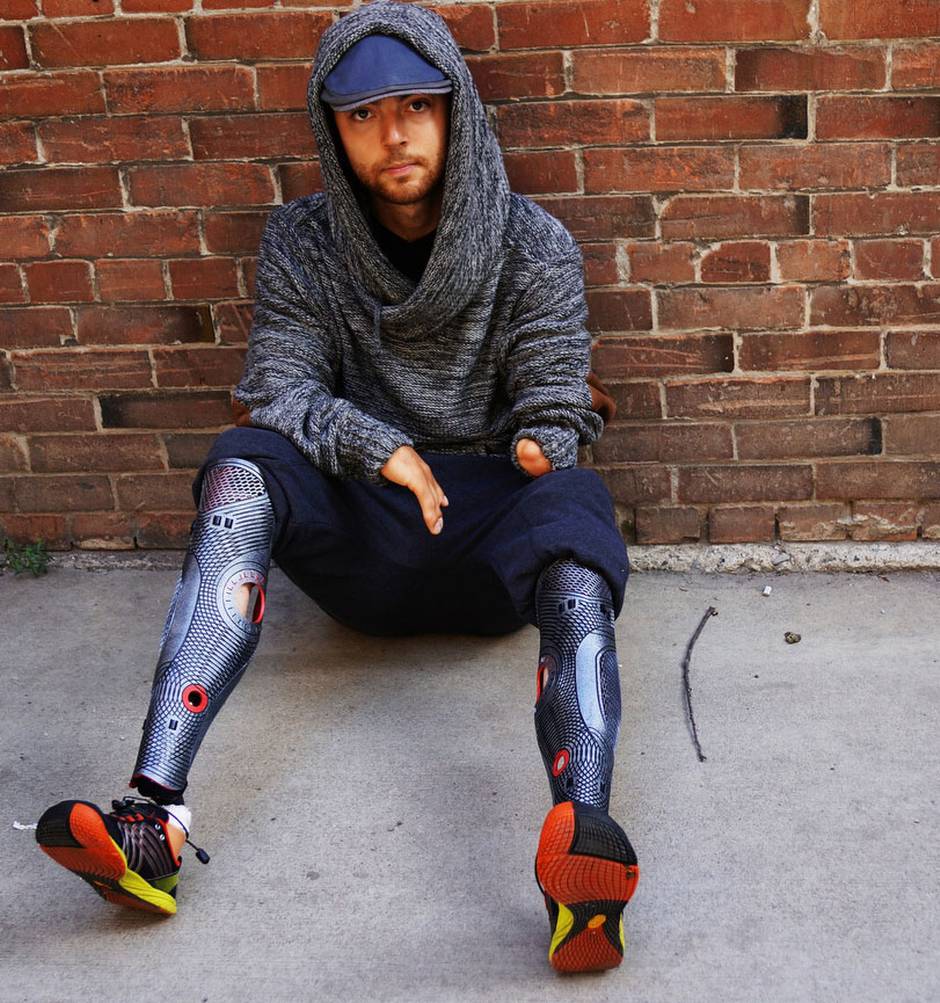 When Oh, for example, started looking at fairings, he found them prohibitively expensive. The ones available through his prosthesis manufacturer were costly, at $2,500, not to mention generic-looking. Then a friend of his, Michelle Salt (a Paralympic snowboarder who also lost her leg in a motorcycle accident), recommended he check out Alleles. The company, started by Palibroda and Wanner in 2010 (when Palibroda was finishing a masters of architecture, and Wanner was finishing a masters of industrial design), was using new technologies such as 3-D printers to manufacture innovative plates, affordably. So instead of thousands, their products cost hundreds of dollars.

And Oh admits that “the price, to be honest,” was the reason he bought his original product – a model called the Aleks – from Alleles. At $350, as opposed to the $2,500 from his prosthetic supplier, the sticker value was more like buying a pair of shoes (albeit an incredibly fancy pair). But once he had the simple fairing (which was a lot more basic than the ones he wears now, looking more like a fishnet stocking), he started customizing it. Ultimately he wanted something totally unique to him, not something someone else might have. 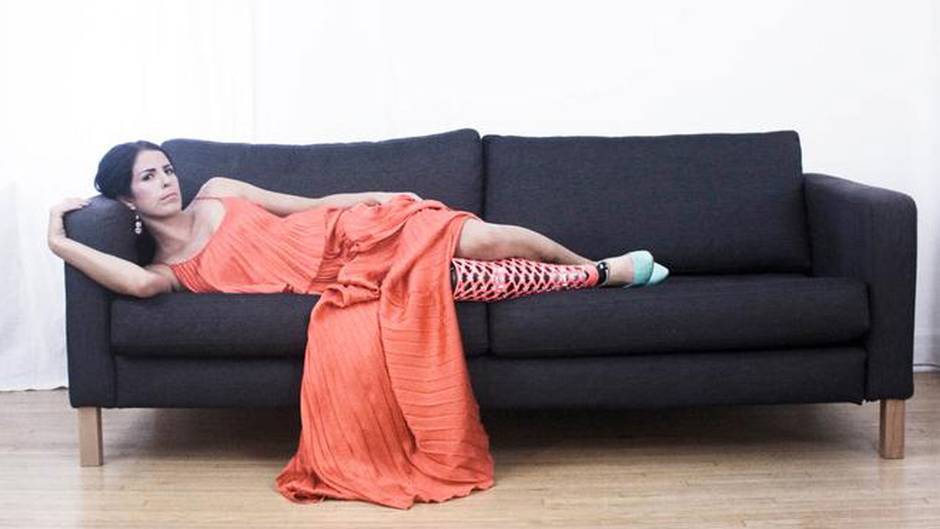 “A $6,000 design makes people angry,” says Wanner, as part of her impetus for starting the company. “There were no affordable choices. We wanted to give people choice. Something not flesh-coloured that still looks fake. We’re not trying to replicate the body. We’re doing something more abstracted.”

It’s that abstraction that heightens the appeal of the product. Their shape fills out the expected lines of a body, giving wearers a sense of wholeness. Oh mentions how nice it is that it fills out a pant leg, whereas the bare prosthesis is too thin, so the fabric crumples in awkwardly around it. But the patterning, which could be anything, adds humour, personality or a sense of style.

“We are trying to pattern ourselves after the fashion industry,” adds Palibroda. “By releasing new collections every fall/winter and spring/summer to build up a catalogue.”

Their new fall collection is highly graphic, with a range of motifs (some bionic, some more Victorian). But it all has an inherent sense of strength, and none of it shies away from or hides what it is: part of an artificial limb. 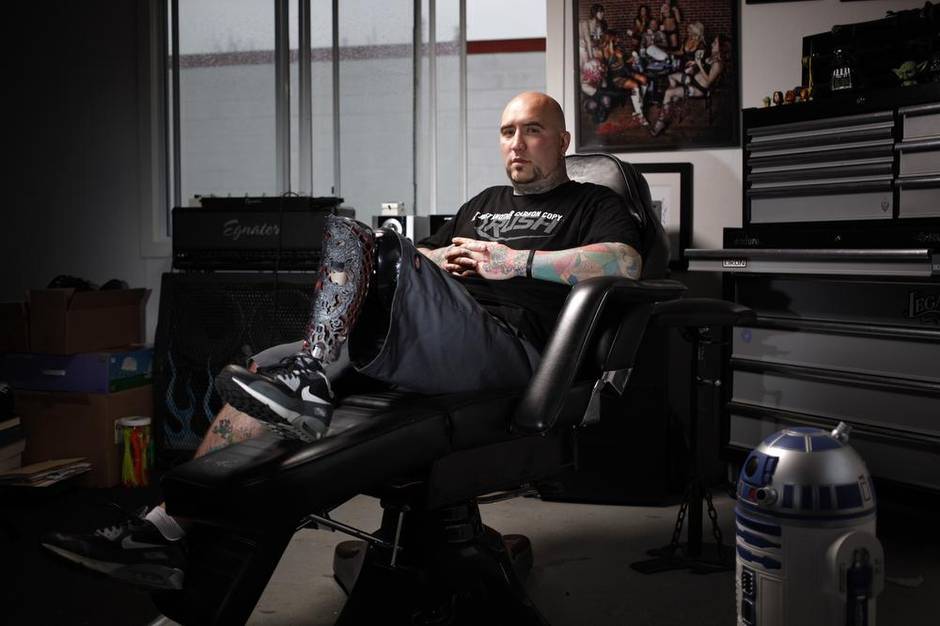 Terry Oh, custom creator at the Alleles Design Studio and tattoo artist with a decade of experience, sits at his studio in Victoria on Saturday. Oh, who creates custom designed prosthetic covers for lower limb amputees, lost his left leg in a motorcycle accident. (Chad Hipolito For The Globe and Mail)

Oh’s background as a tattoo artist has significantly helped him develop fairings for Alleles. In part because he’s a talented illustrator who can conceptualize and draw out his ideas. But also because his years creating tattoos for himself and for others has been about achieving exactly what Alleles is ultimately striving for: Giving people creative control over their own extremities, so when they look in the mirror, they see exactly what they want to see.