Before starting his career as a furniture designer, Toronto-based Dustin Kroft repeatedly heard from his well-meaning friends and family why that would be a terrible idea: designers make no money. It's a fair concern for a highly competitive industry that can feel a bit like American Idol. For every Kelly Clarkson-sized star, there are scores and scores more who walk away empty-handed.

But the father of three, who launched his eponymous line of furniture at Toronto's Interior Design Show last January, was undeterred. He had successfully defied expectations before, albeit in a different arena.

As a psychology student at the University of Western Ontario, Kroft started a moving business called Rent-A-Son. Instead of simply sending muscled grips wearing cloth booties to indifferently toss the boxes on the truck, breaking all the glassware in the process, Kroft's approach was focused on providing a quality experience. His movers all wore sharp uniforms, carried on good conversation (on anything, including Nietzsche) and always tried to alleviate the stress of an inevitably nerve-rattling day.

After 14 years, though, having built the business into a successful, money-making enterprise, he wanted new challenges. He had long loved design, and in fact used those skills to help set his first business apart. "I was in charge of the branding, the website, the trucks," he says. "I wasn't the typical dollars-and-cents business person. I loved all the creative stuff."

Kroft started taking night classes in carpentry at Humber College and soon realized he had found his passion. He found a buyer for Rent-a-Son (where his picture still hangs) and threw himself into learning as much as possible about furniture.

Now, nearly a year after his official launch, he bubbles with excitement when he talks about his collection of modern, versatile pieces, which are available online (kroft.co) or through his recently opened flagship showroom in Toronto's Annex neighbourhood.

"I love thinking about design," he says. Among his influences are modern masters such as Ludwig Mies van der Rohe and Charles and Ray Eames. "One thing I admire about mid-century designers," he says, "is that the pieces are equally desirable in the office or the home."

The ideal is evident in his Sideboard 002, an oak credenza with slender legs that make the storage unit appear to float. Its jet-black finish (courtesy of an ebony dye that allows the beautiful grain to show through) would stand out equally well in a boardroom or a dining room.

He also has a knack for elevating everyday, pedestrian inspiration into something special. His Dining Table 005 takes after old school desks – the 1950s kind with adjustable metal legs. But rather than looking institutional, his piece is sleek, with trim, beautifully grained wood stems elegantly slipping into metal brackets. As a bonus, the table is also practical: it comes apart so it can be flat-packed and shipped.

Kroft is humble when it comes to admitting that he's new to the craft and still has a lot to learn. But he also has excellent mentors. For example, he's starting to collaborate with award-winning, internationally recognized veteran Patty Johnson. Their first project will likely be seating.

"Chairs are a big challenge," he acknowledges. "The ergonomics have to be just right. But more importantly, the chair has to be special. It can't just be another chair."

But to him the risk is worth it. Designing something special will further help him stand out from the pack, and push him further toward his goal of making it in a tricky industry. 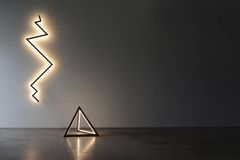 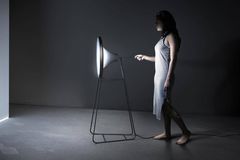